a100 Zombies – Ultimate Survivor – Survival among 100 zombiesThe title is a game in the arcade genre published by ROApp game development studio for Android devices. The game development studio is the creator of Hack & Slash Hero – Pixel Action RPG – and more than 10 other well-made and successful games that have strengthened their position among the game development studios with millions of downloads. a100 Zombies – Ultimate Survivor is another successful game of this game studio that will bring you a unique experience with a fascinating and fun gameplay. As the name implies, a100 Zombies – Ultimate Survivor is a survival style game in which you have to fight zombies. Zombie streaming has been going on in cinemas and entertainment for a long time, and little by little we should see the presence of zombies behind the wheel in games like Asphalt and Need For Speed, or maybe FIFA and PES.

In the game a100 Zombies – Ultimate Survivor, You play as a survivor and you have to survive as long as you can. But this will not be easy, because a deadly virus has spread on Earth that attacks humans and turns them into zombies. Although your battles are not on the scale of Battle Royale, it is difficult to survive, and at every stage zombies attack you from left and right in huge groups. You have weapons to fight the zombies and actually kill them. These weapons are a bit weak at first, but as you go through the stages of the game you can get rewards and use the same rewards to unlock stronger weapons with different shooting patterns and of course more efficient. In addition, you have access to various equipment that can help you last longer against zombies. All in all, this Shot ’em up game gets a good score and can keep you entertained for a long time. TeamUsroid intends to provide a100 Zombies – Ultimate Survivor game to you dear ones in a tested and completely free way. At the end of this article, you can download this game from our servers and enjoy running it! 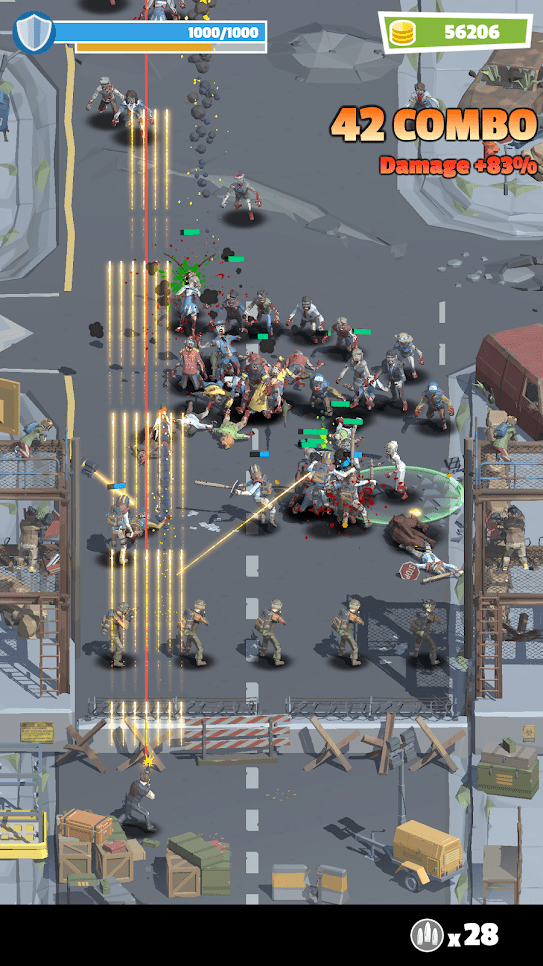 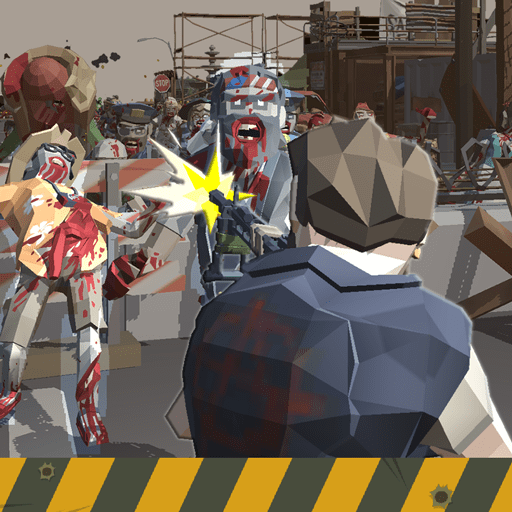 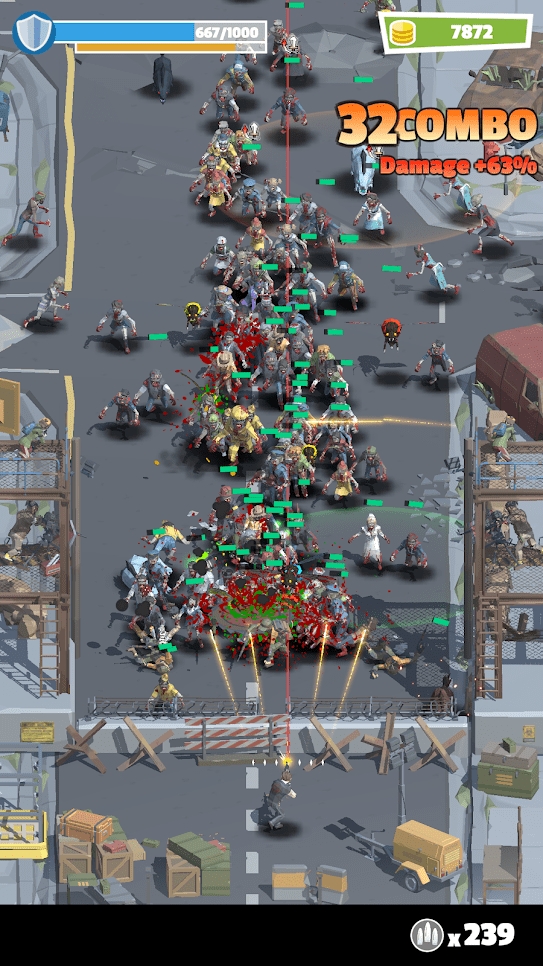 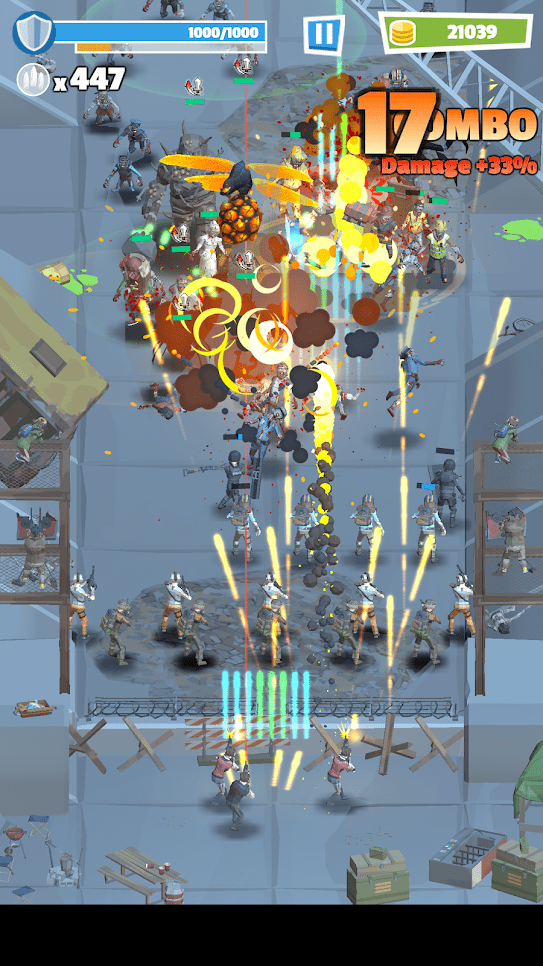 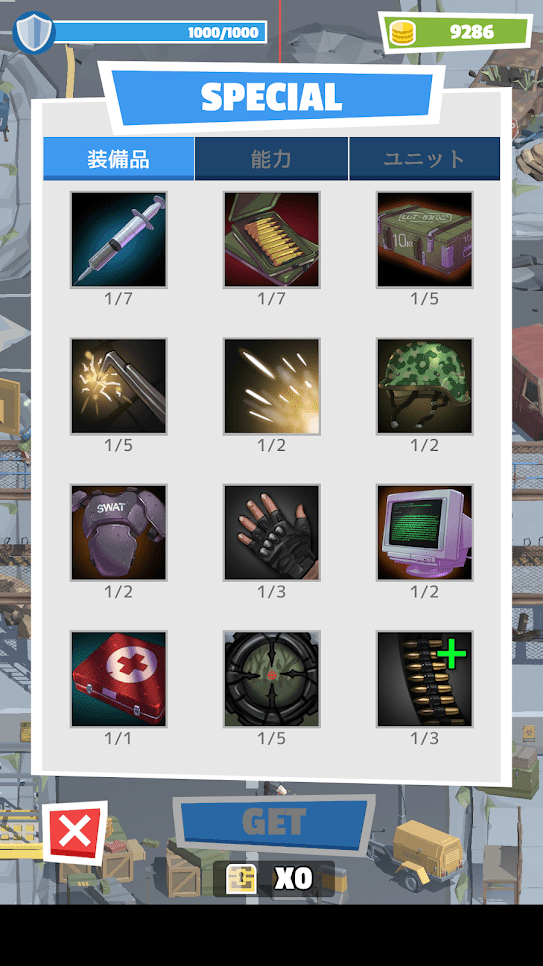 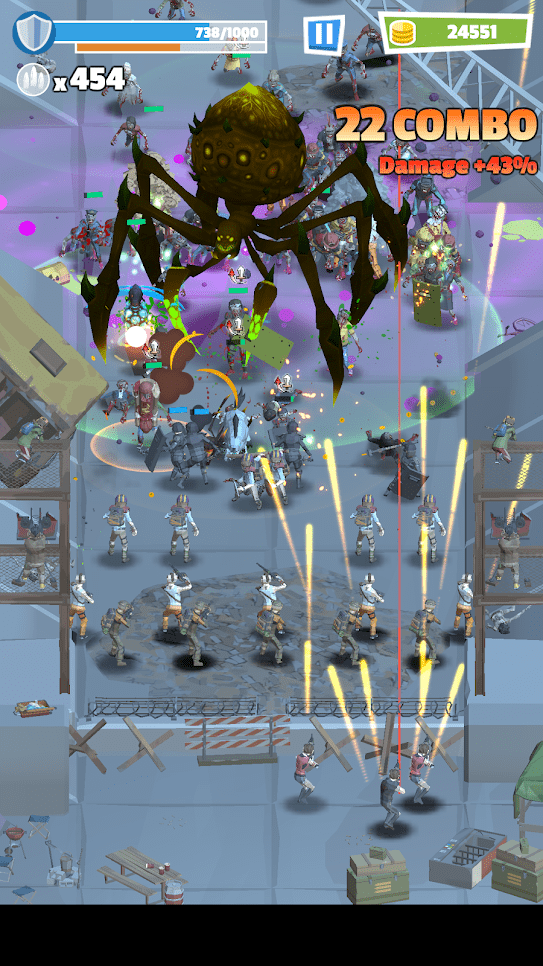