Aces of the Luftwaffe Premium – Luftwaffe Aces is a very interesting arcade game by the German studio HandyGames , which has been released for $ 2.99 for the Android operating system. This game also has a free and limited version, but with the paid and purchased version of this game (premium) for the first time in IranWe have prepared and prepared for you dear ones to have a great, complete, unlimited and without ads experience by downloading and installing this version of the game on your Android device! In addition to this version, we have also prepared a modded version of this game for you friends, so if you want, you can try this great experience indefinitely this time with unlimited money! Aces of the Luftwaffe Premium, as its name implies, refers to the aces (famous pilots) of the Luftwaffe or the Air Force of Nazi Germany. In this game, you have to line up against this skilled and powerful force and go to the time of World War II. Of course, before confronting these specialized forces, you must first defeat the German Air Force and tanks in skirmishes until you finally reach the big bosses or Luftwaffe aunts!

According to the story of Aces of the Luftwaffe PremiumAlmost all British and Allied forces have been destroyed, and the Germans and Allied forces with a large army intend to completely destroy and occupy Britain! Only you and a few devoted British pilots remain, and the only hope for the Kingdom of Britain and the people is for you to become the greatest national hero by preventing the infiltration of enemies and destroying them in the skies! After stopping the allied attacks and gaining the initial victory, now is the time to finish! This time it is your turn to invade the German lands and face the powerful enemy forces and the aunts of the Nazi German Air Force in extremely exciting battles! Will you be able to come out proud in this great and dangerous mission? In Aces of the Luftwaffe Premium, you can choose your pilot and fighter plane and upgrade them by earning money and points. In fact, in order to face the main enemies, you have to upgrade, otherwise you can not survive against them. Your missions include destroying enemy aircraft, tanks and defenses. You also have to bomb enemy cities at certain stages. This interesting and fun game is one of the most popular arcade games in this genre. The game design and graphics are just like the classic 90’s arcade games. With more than 10 thousand downloads andScore 4.0 out of 5.0 This game can nowbe downloadedfrom Usroid in two normal and modded versions.

* Fixed a problem with the game crashing while running 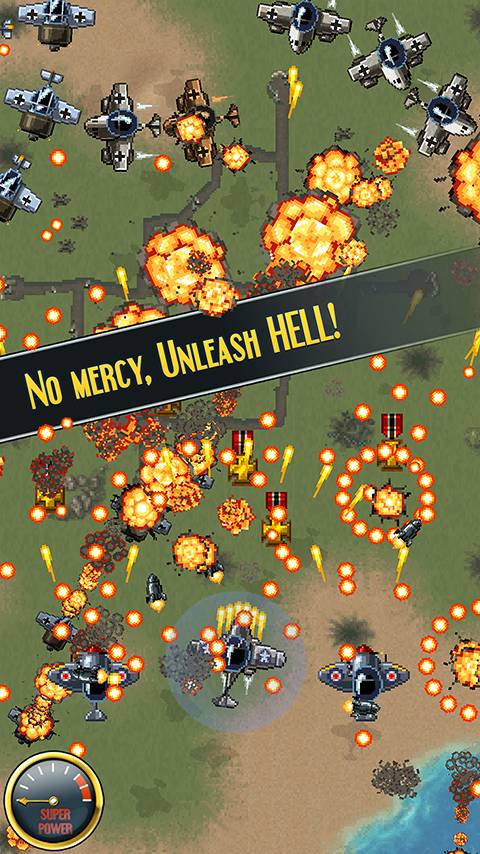 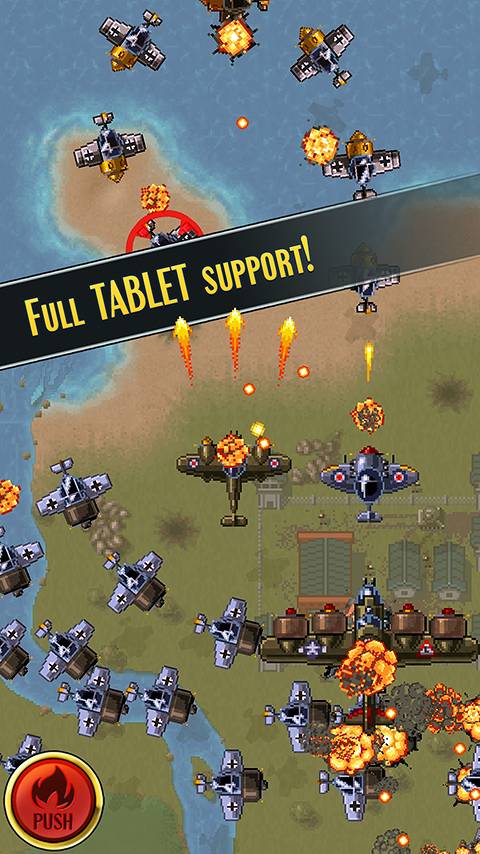 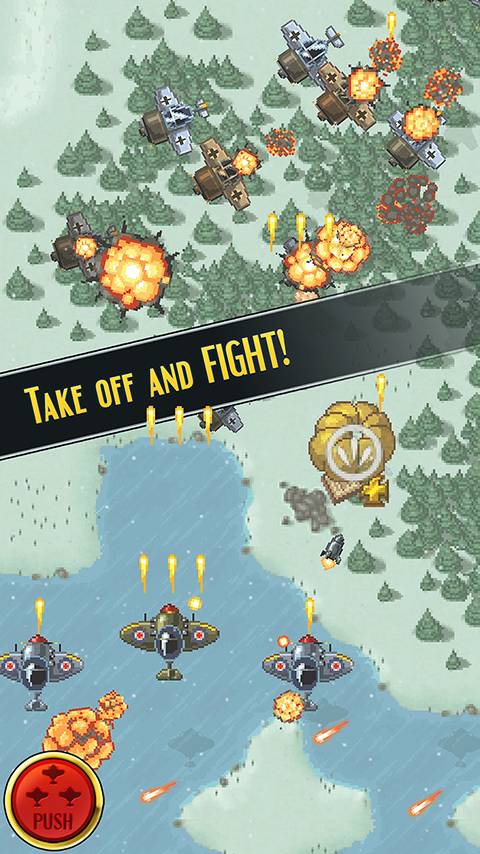 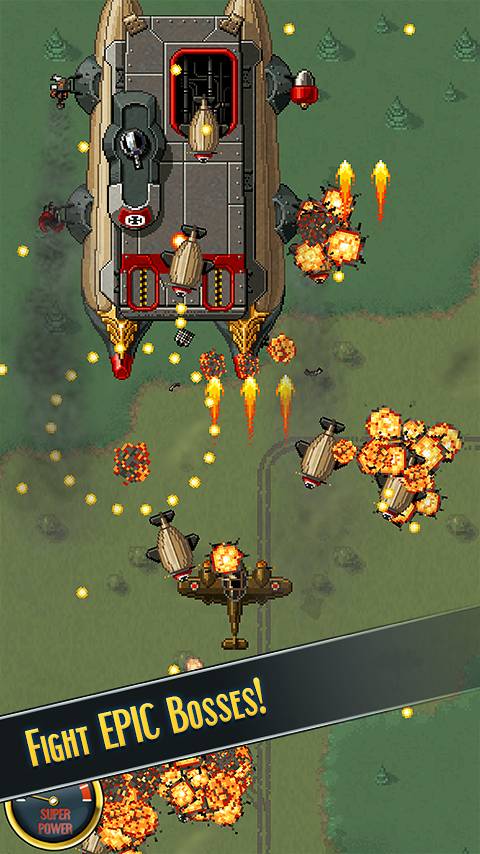 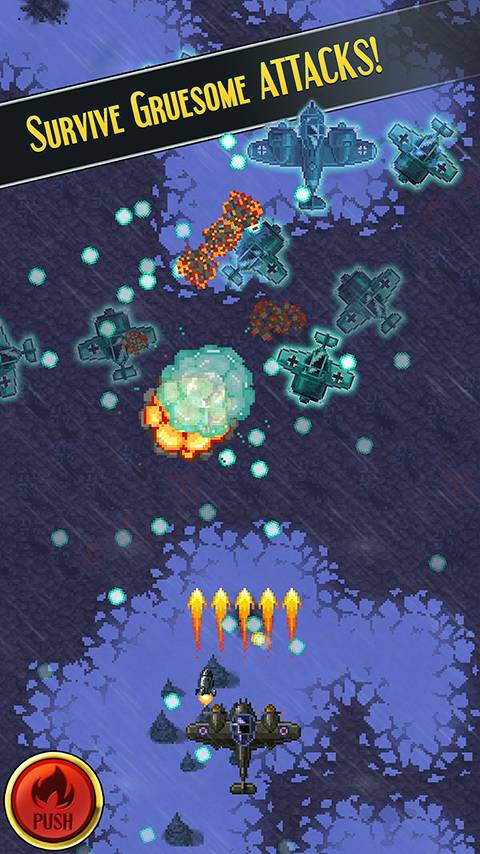 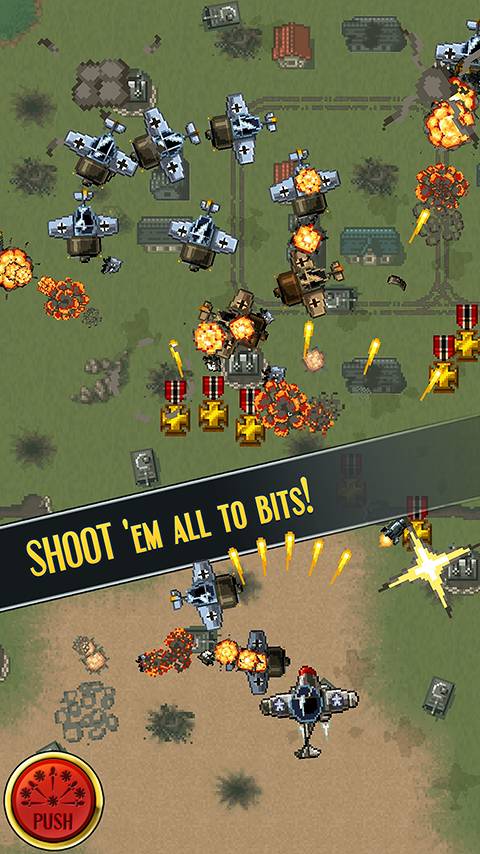 Aces of the Luftwaffe Premium