Free Antivirus V4.5.1 Aegislab – full scan of the device and remove malware for Android devices available on the
original version of the official program and your loved


As you know, Android is the most popular mobile operating system in the world and is installed on billions of smart devices. Most of these devices are also connected to the Internet and can be easily accessed by hackers. One of the advantages of Android is the possibility of installing applications outside of Google Play, which, while increasing the user’s convenience, has caused malicious and viral applications to be easily distributed among the users of this operating system. With the growing popularity of the Android operating system, users’ concern about threats such as viruses and malware that endanger the security of Android products has also increased. The use of Android antivirus applications greatly helps to increase the security level of the Android device and prevents any possible problems related to viruses. Many consider the use of antivirus programs on smartphones useless, while due to the open nature of the Android operating system and also the lack of access of most Iranians to Google Play, the possibility of spreading viruses and malware on Android devices users Iranian, very high. Many antivirus programs have been designed and published by well-known security companies for the Android operating system, most of which we have also offered at your service in Usroid. Today, we are at your service with an antivirus application that you, dear ones, requested.AegisLab Antivirus Free is an application for controlling the security of the device and removing its malware, especially for the Android operating system, which was developed by the AegisLab software group and published for free on Google Play. Using this application, you can have a complete scan of all applications, information on the device and downloaded files, and if any of these items were infected with malicious or spyware, you can easily identify them. And delete. This program has been reviewed and approved by the famous AVTEST antivirus laboratory. So you should not doubt its efficiency.

Some of the features and functionality of the program AegisLab Antivirus Free Android :

Application AegisLab Antivirus Free is a free program but with high possibilities that can all security problems and virus files on your storage device to accurately detect and remove. AegisLab Antivirus Free has received a score of 4.0 out of 5.0 from Google Play users with the satisfaction of Android users . Now you can download the original and official version of this program with all the features and capabilities from Usroid for free.

* Fixed various bugs and problems of the program 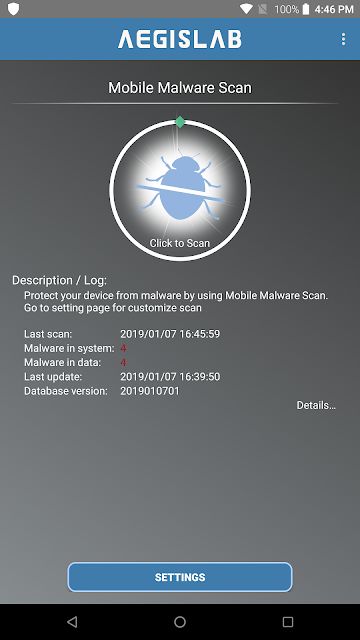 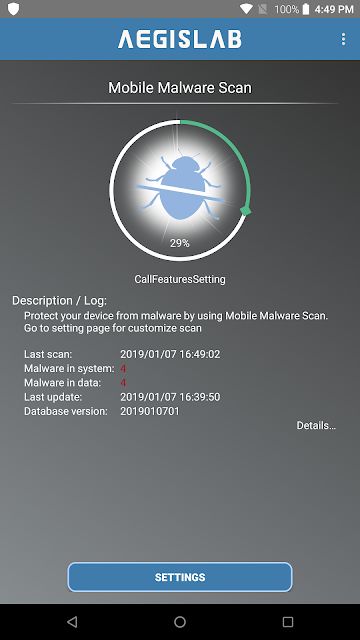 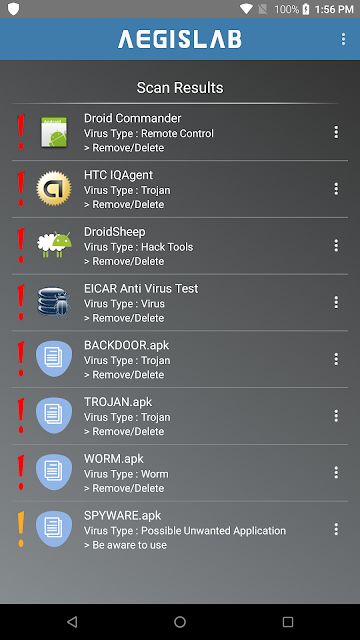 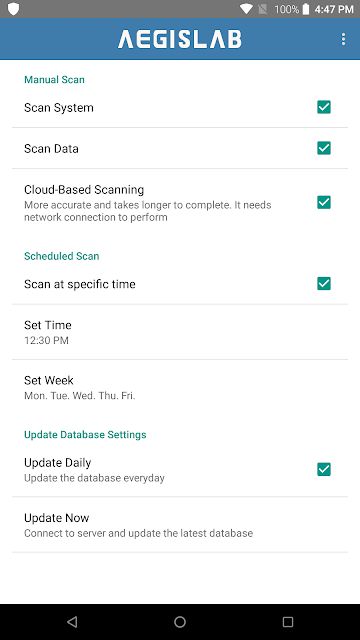 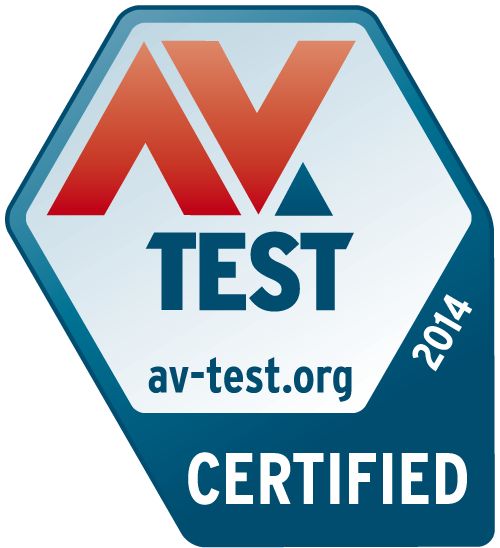