ALPHA – Alpha is the title of an action style game developed by KANAME Co., Ltd for $ 0.99.Released for Android devices. The game studio has already offered good games for gamers and has an acceptable track record. ALPHA is another good and well-made game of this game studio, and according to the game developers, its gameplay is very simple but very challenging! The game’s fascinating storyline takes place in a fantasy world. Where the alpha system is designed to serve humanity and solve many problems, but after a few years it rises up against humanity and tries to destroy everything. But now, after years of killing countless human beings, a hero rises and goes to fight the alpha system, and you have a duty to help him in this way. The structure of the game is stage-stage and uses elements of rouge. Each stage is in the form of a room in which there are many enemies and by destroying all the enemies in each room you will be able to open the door of the next room and continue the game, but it is not possible to save progress for the rooms. You can not defeat the enemies and you will be killed, you will be game over and you will have to start the game again from the beginning of the stage where you are. But with a laser sword and a drone that can automatically lock and shoot at enemies, you will be able to attack enemies near and far at the same time and have multiple attacks.

Shoot down with drones in the game ALPHAIt reduces your ammunition and in order to be able to charge the ammo you have to collect the blue crystals that are released by destroying the enemies. Destroying some enemies also releases green packs that you can collect to extend your life. In addition, some rooms have hidden compartments that you can find and open to get extra green packages and blue crystals. Fast movement is another feature that can help you escape from enemies or cross traps and various obstacles in the room. At the end of each stage, the possibility of saving progress is activated, but to pass to the next stage, you have to confront the stage boss. Like enemies, bosses have different patterns, and if you think you have a lot of challenges so far, wait to face the bosses. Visually, the graphic space of the game is pixel and its artistic design has a classic and retro style. The controls are very simple and all the operations of the game are easily done by using the virtual buttons that are embedded at the bottom of your device screen. In addition to these features, the sound is also admirable and multiplies the charm of the game. TeamUsroid intends to provide the final and purchased version of the ALPHA game to you dear ones in a tested and completely free form. At the end of this article, you can download this game from our servers with just one click and enjoy it! 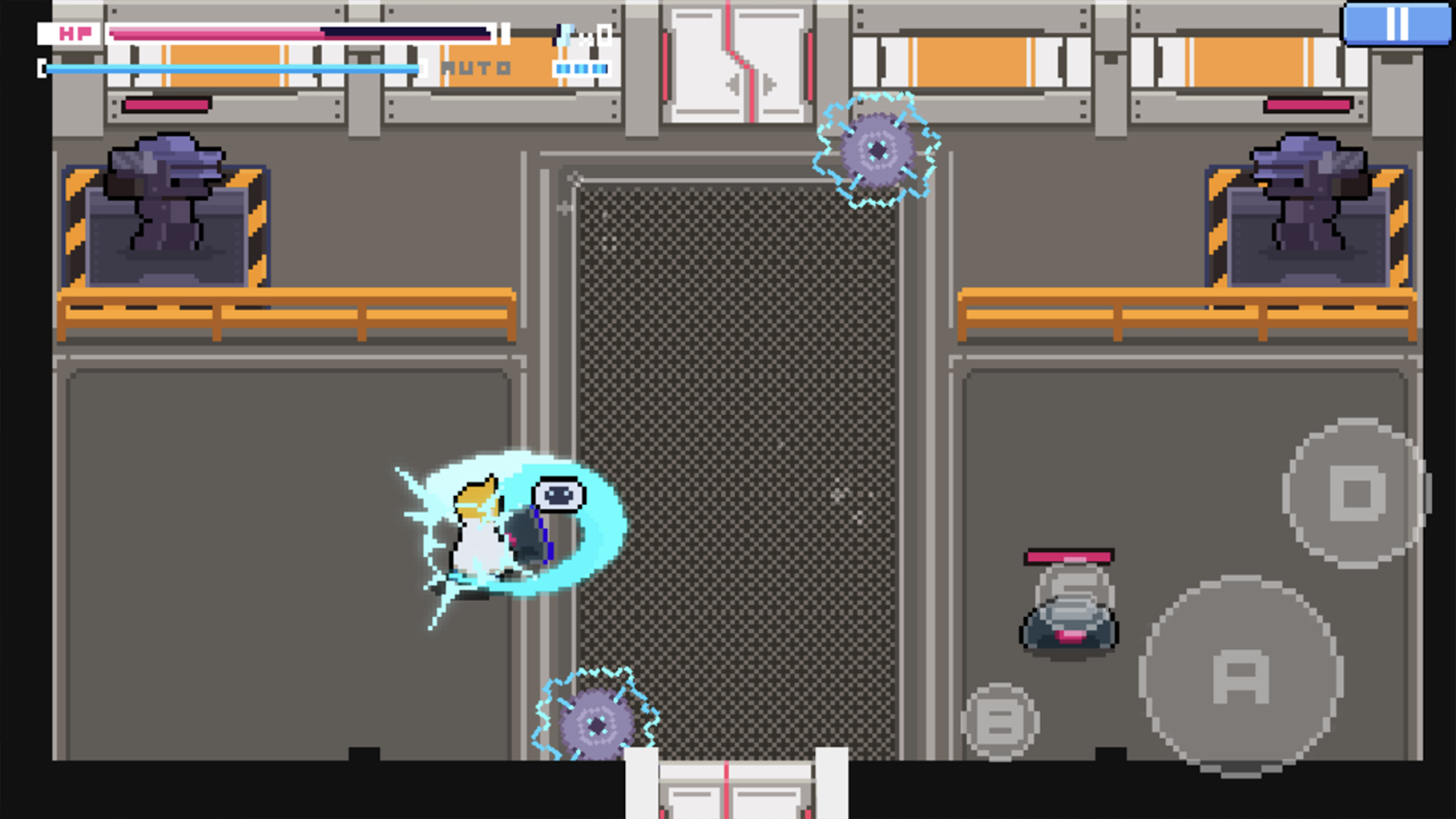 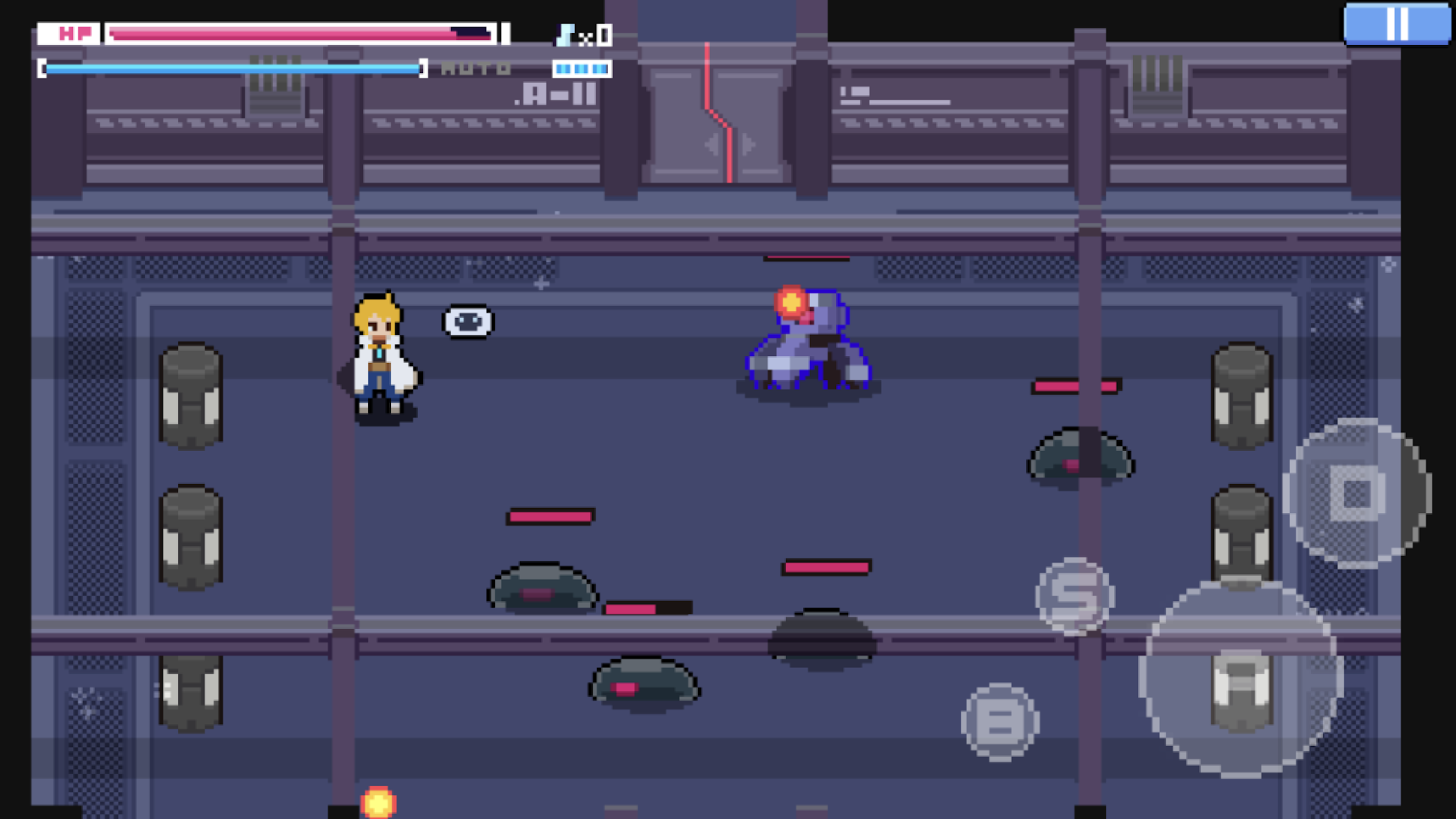 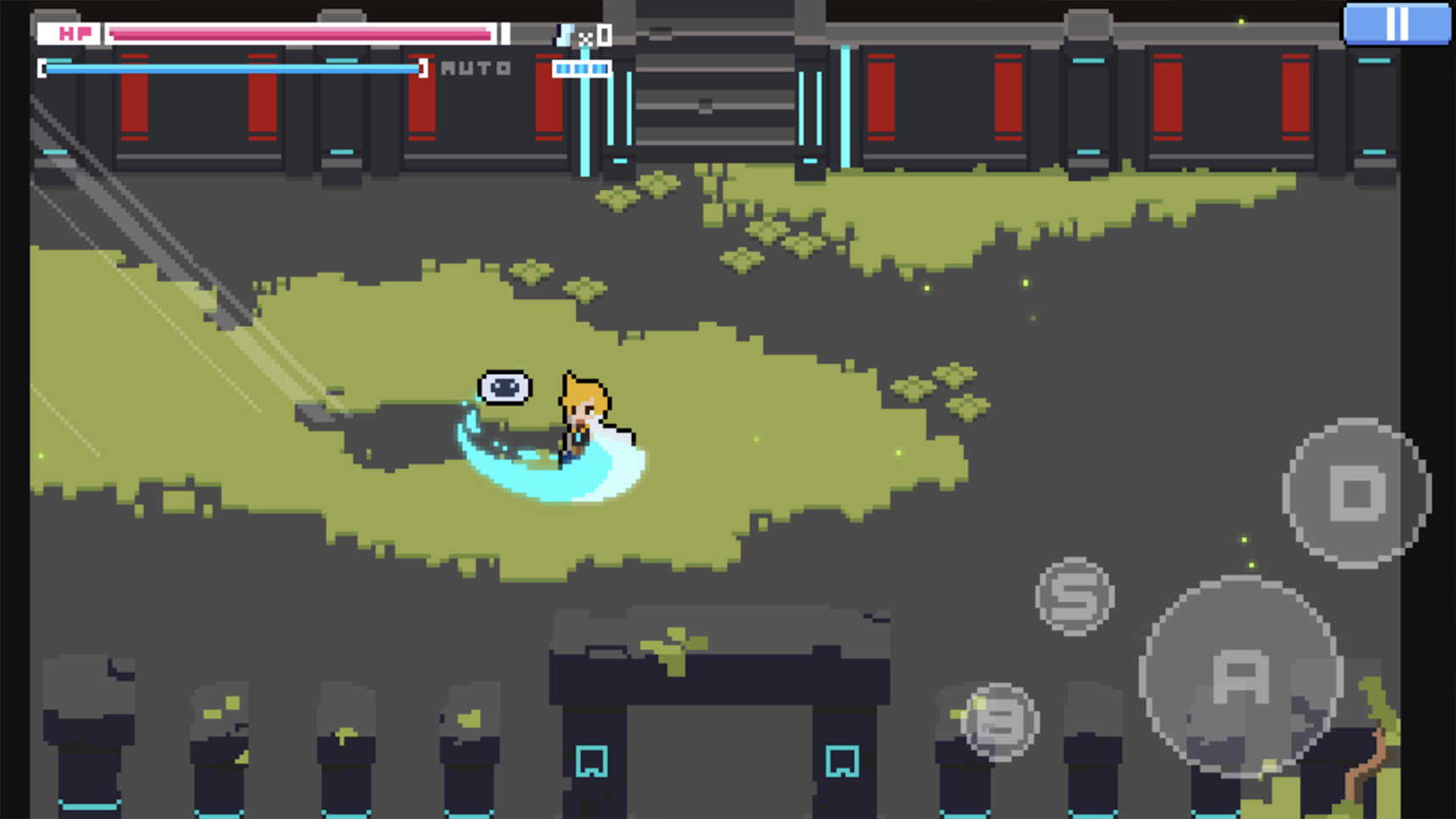 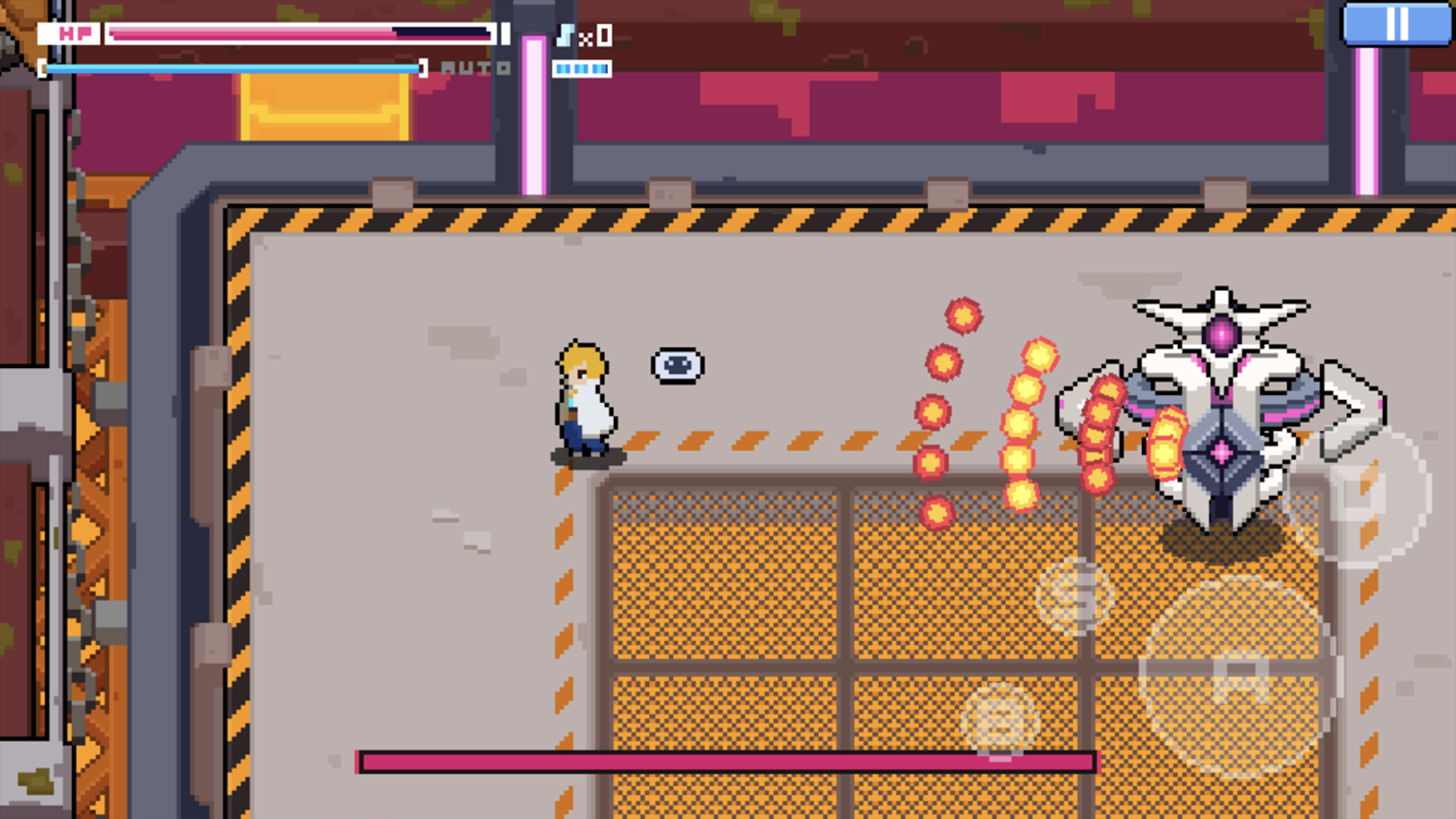 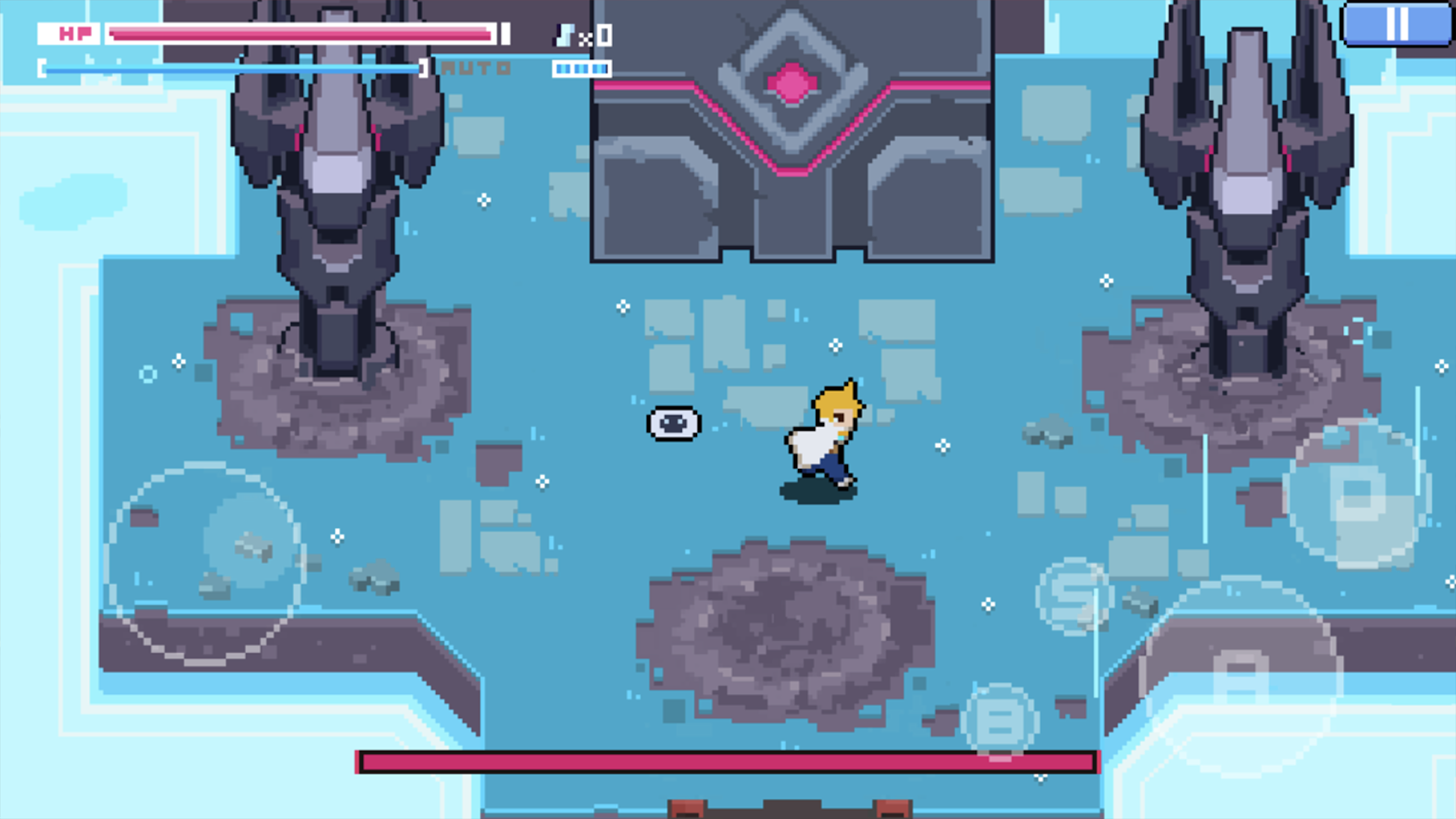