Ancient Battle: Hannibal – Ancient Battle: Hannibal is the name of another game in the Ancient Battle series in the style of strategy games, which has been released as a premium game for $ 2.99 for various platforms, including Android devices. This game has been prepared and developed by HexWar Games Ltd studio, and we have introduced and published several other games from this studio in Usroid. This time, we decided to once again introduce an interesting and different strategic game from this series to you dear ones for the first time in Iran at the same time with its release . Other popular titles from Ancient Battle games include Ancient Battle: Rome , Ancient Battle: Alexander, and Ancient Battle: Successors.Cited. This series of games focuses on historical events and real ancient wars. All of these games and even other HexWar studio games are the same, and they all tell a true historical story in the form of a strategy game. In Ancient Battle: Hannibal, this time you go to multi-year and deadly battles called Punic Wars or in the role of Hannibal character, you declare war against the Roman Empire. These battles take place over several years in several regions, including Rome, Spain, Sicily and even Africa. According to historical accounts, Hannibal is one of the greatest enemies of the Roman Empire due to his high military power and special warfare strategies. That is why he has made his name in history, and there is still a lot of criticism of his military tactics.

In Ancient Battle: HannibalNow you have to perform many war missions in the role of this powerful general and fight the enemy forces in different stages. Ancient Battle: Hannibal is similar in structure and design to other games in the Ancient Battle series, and there is no difference in appearance or interior. But the story and the adventure process and of course the environment design and game themes are unique. In general, if you have experienced other versions of this game, you will easily and in a very short time with the ancient battle game: Hannibal, you will establish the necessary connection. In the role of this general, you can implement various war tactics and use a variety of infantry or cavalry in your army. The game includes several campaign and story stages and several side missions that make Ancient Battle: Hannibal have dozens of different stages.Usroid has prepared this game as the first Iranian site and has purchased the purchased and tested version for you dear ones to download. Then you can prepare this game with just one click and experience the full and paid version on your Android device.

– Download the data file and decompress it. Copy the com.hexwar.ancientbattlehannibal folder to the Android / obb path of the device’s internal storage. 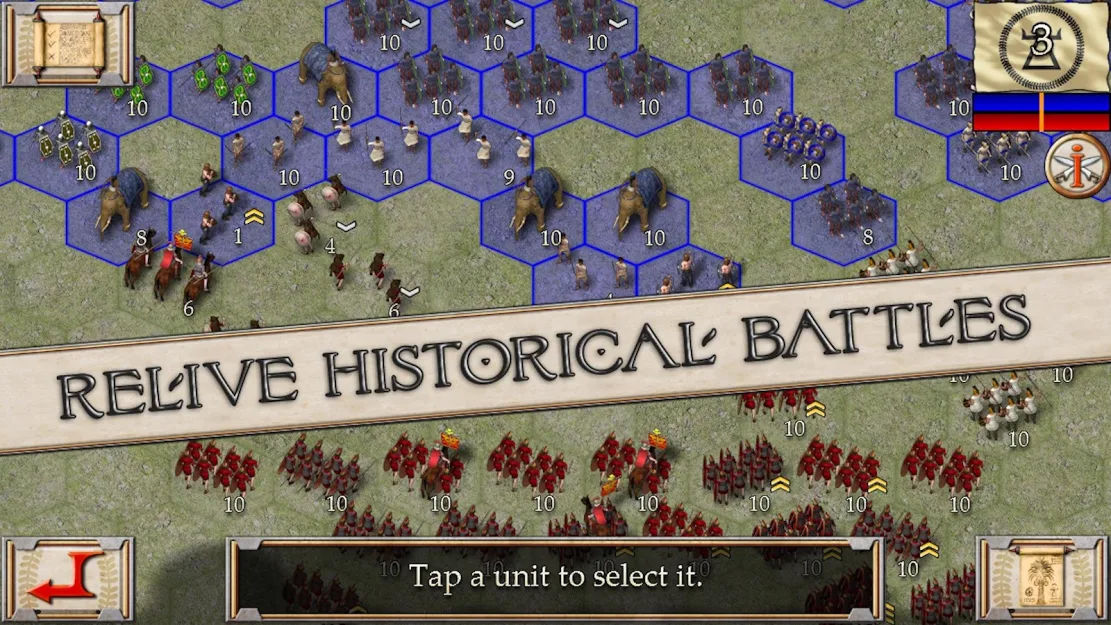 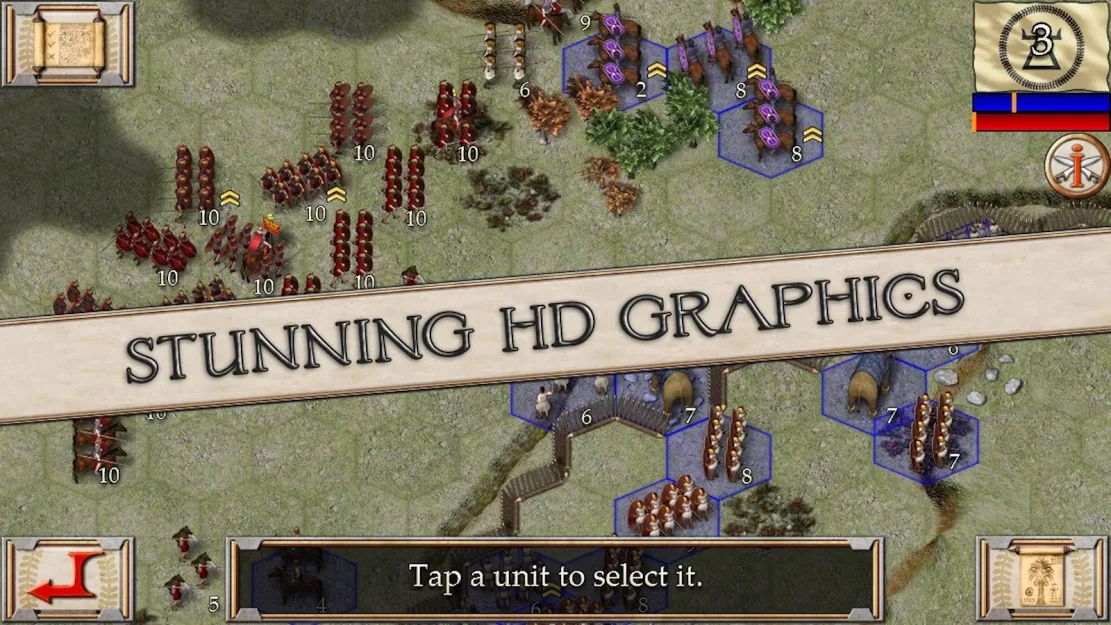 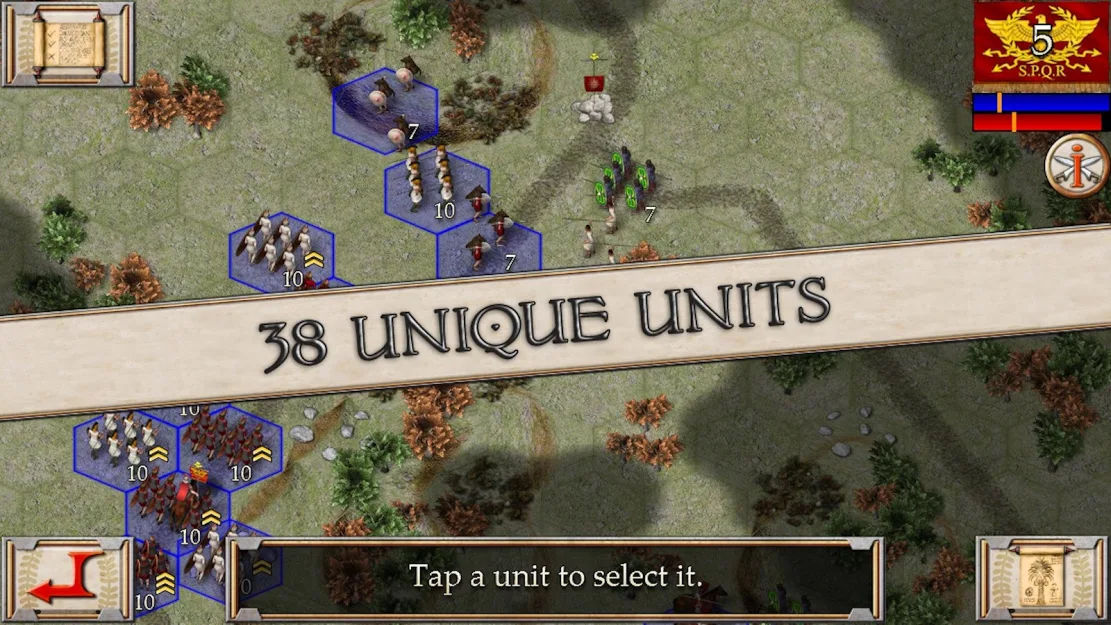 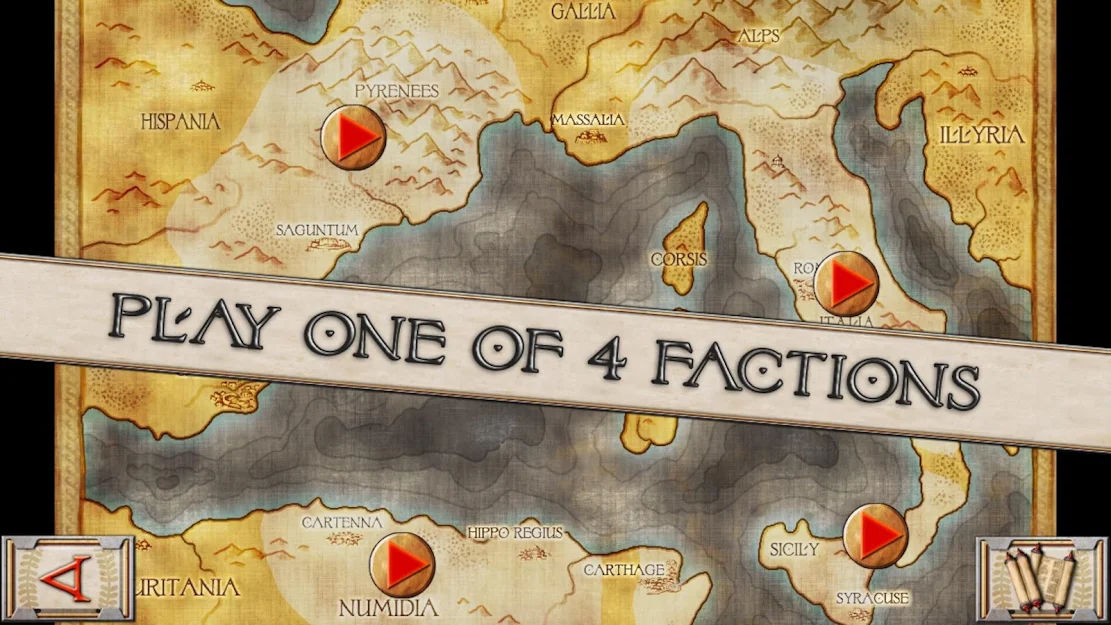