Angry Birds Blast Island – Angry Birds Blast Island is an arcade game – a popular and entertaining puzzle from Rovio Entertainment Corporation for Android that has been released for free on Google Play and at your requestThe latest update has been released with the mode for download and is in front of you! The whole story about angry birds getting stuck in balloons that you have to help them escape one after another! Each balloon contains several different items that, like matching games, you have to blow them up and reach your goal by progressing through the levels! There is a wide range of auxiliary items and boosters at your disposal that you can collect to get closer to your goal sooner! More than 500 unique stages are included in Angry Birds Blast Island; The game allows you to work in a special world offline without the need for the Internet! If you are a fan of puzzle games, Angry Birds Blast Island will undoubtedly attract your attention!

Angry Birds Blast Island game has been downloaded millions of times by Android users around the world from Google Play, the latest version of which is now available with a download mode and is in front of you! You can first see pictures of the environment of this lovely game and finally, if you wish, download it with one click from Usroid high-speed servers ! 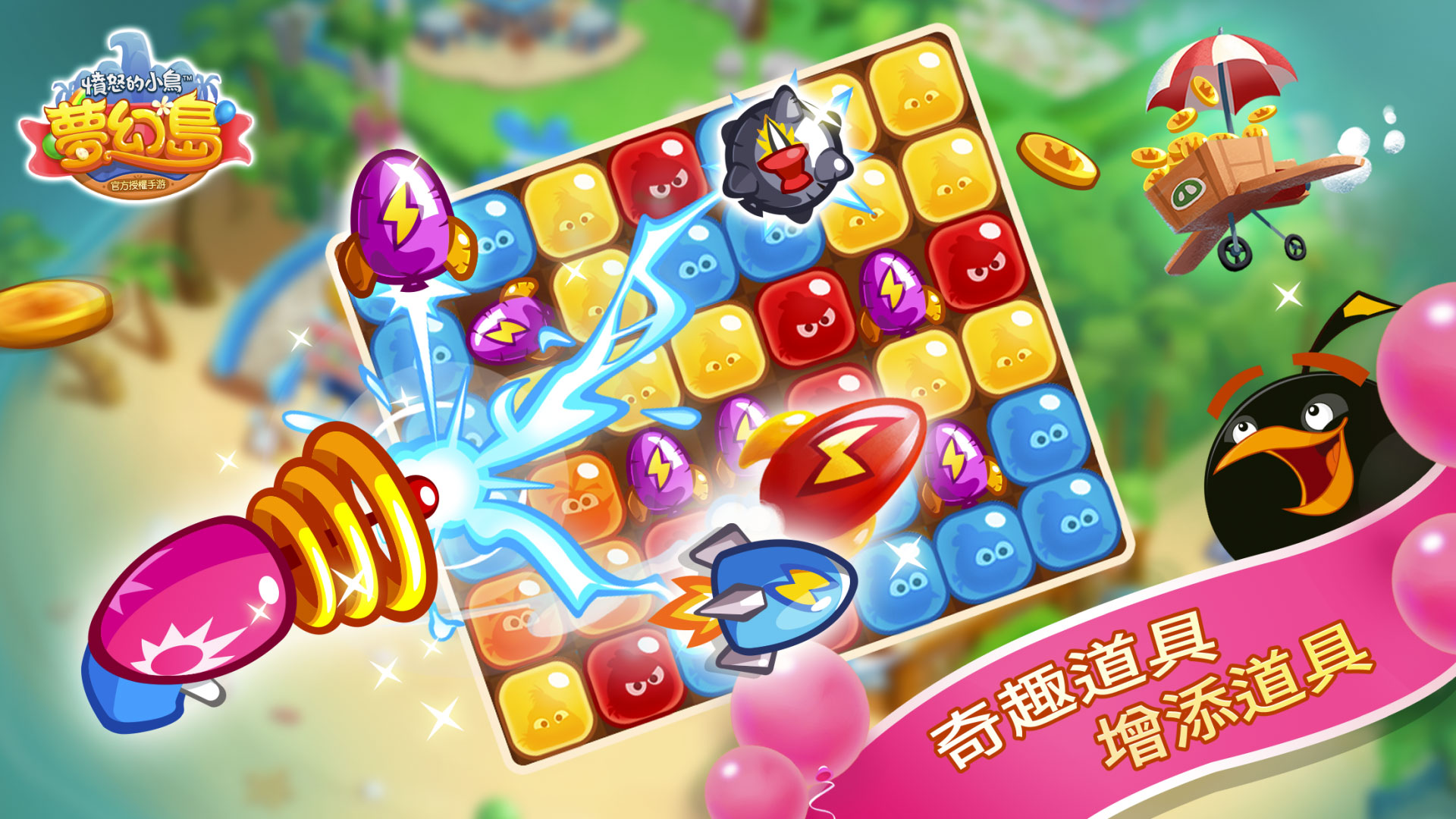