Angry Birds Fight RPG Puzzle The latest series of famous and popular Angry Birds games from Rovio Entertainment game studio for Android devicesWhich is available for free in the Play Store and has been downloaded +10 million times by Android users around the world to date, and is one of the most popular games without data and the Puzzle section. The new title of Angry Birds game, which is in the form of a fight, unlike the previous versions, has a match-3 style, in which you have to release them with the same effort and thought as soon as possible by putting similar birds together. Kurds. Meanwhile, birds in the game Angry Birds Fight hinder your work and you have to fight them; Of course, the combat system of this title is not in the form of action and violent scenes, and it is done with the same Match 3 gameplay! Characters move at high speed, and if you can not recognize their path, you will lose. Have speed and action in this version of the game Angry Birds is very important and users should not make the slightest interruption in the work!

In Angry Birds Fight RPG Puzzle, several types of items with different functions are designed to speed up the synchronization of birds, which will be provided to you at every stage, but the evil pigs are also present and will do anything to sabotage Create numerous! To prevent sabotage of these pigs, you have to spend a high speed of action so that there is no time left for them. With the points you earn in each section, you will be able to provide limited items. Also, the obtained records can be recorded in the world ranking or Leader board, and any player who can put the most birds together, will undoubtedly reach the first rank! The game currently has a score of 4.3 out of 5.0 in the Play Store , and we at Usroid will provide you with the latest and latest version along with the mod version for free. 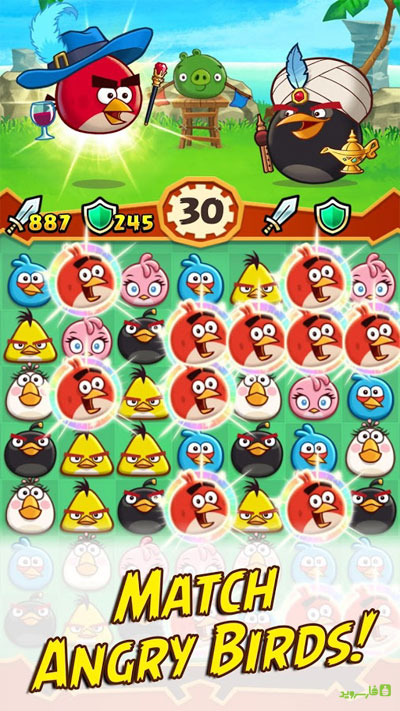 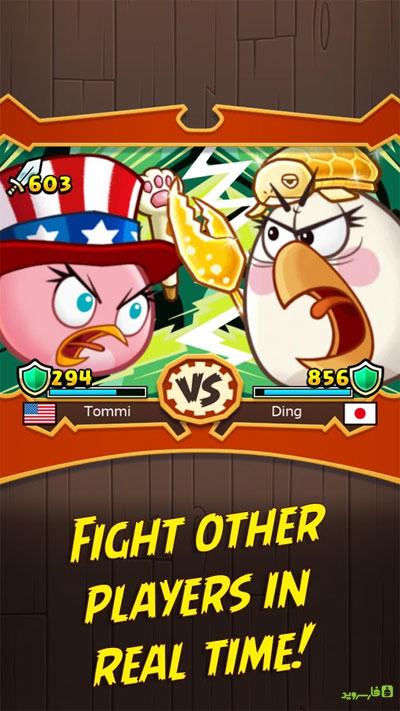 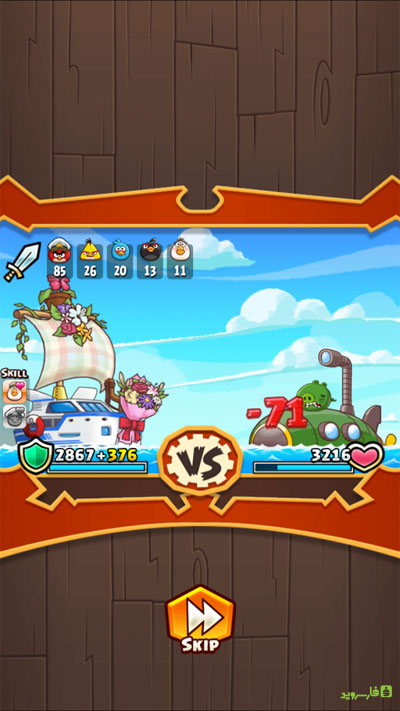 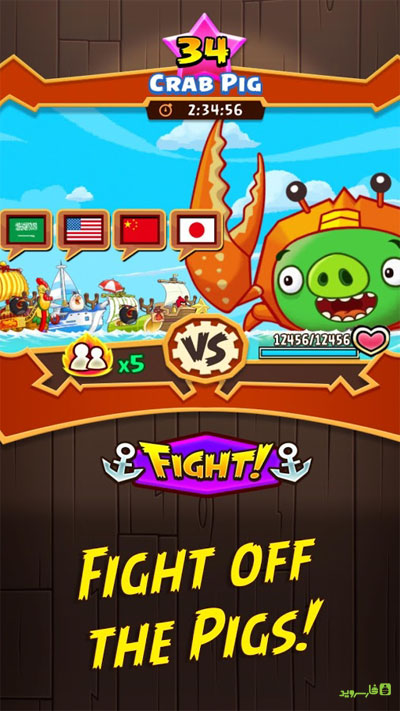 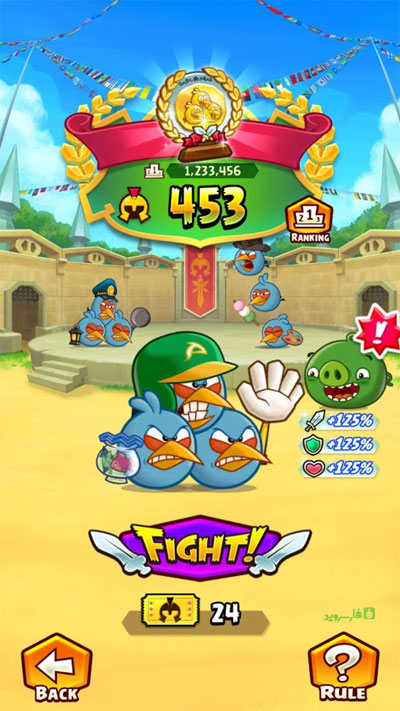 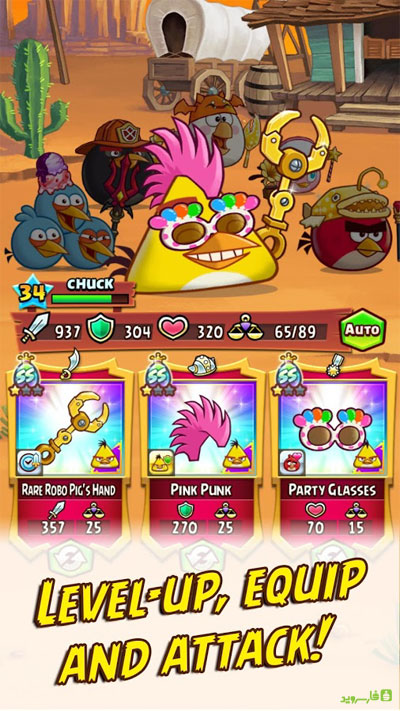