Apple Knight: Action Platformer – Apple Knight is the name of a fun and very well-made game in the style of classic and action platformer with adventurous elements, produced by Limitless Studio, LLC, creator and developer of titles such as Viking Village and released for free. it is arrived. Usroid is proud to be the first English website The game Knight Apple has been prepared and prepared for you dear ones along with its modded version. In this game, you play the role of a heroic knight named Apple Knight or the knight of Apple (Apple Knight) who, after being conquered by the devils, sets out on a dangerous journey to the heart to destroy the enemies and regain the kingdom. Become the enemy. Your main enemy is a great devil who is now building a demonic army and using them to stop you. But this knight is a brave and courageous hero and they fight for justice and freedom until the last drop of their blood! Not all of your enemies are evil creatures, but most of them are traitors who have joined the devil’s army in exchange for money and wealth. These enemies are other knights and wizards. You have to work hard and teach these traitors a memorable lesson in the role of the Apple Knight. To do this, you must remove your sword and begin this adventurous and difficult journey. During the game you will travel to several places and face different conditions. These places include various lands, all of which have many enemies.

Play Apple Knight: Action PlatformerAs the name implies, it is a platformer title. The game is based on the old classic and pixel titles, in which walking, jumping over obstacles and interacting with various items are the main features. During the game, there are special amethyst items such as gold that you can buy better weapons by acquiring them and collecting the necessary points. Your main weapon is a sword, but you can expand your capabilities and use special weapons for long distances. Among the stages of the Apple Knight: Action Platformer game, there are dozens of deadly traps that you can even use against your enemies! Also, according to the game’s creator, at each stage of Apple’s Knight’s Game, there are special hidden places that players can earn special points by finding them. Apple Knight: Action Platformer with its pixel and very lovely graphics along with its smooth and attractive gameplay has been able to attract the attention of many players. This game is won A good score of 4.4 out of 5.0 has been released on Google Play. If you are a fan of platformer and action-adventure games, Apple Knight will undoubtedly be of special interest to you. So get started now and get the latest update of this game along with its modded version from Usroid . It is interesting to know that this unique and attractive content is only about 13 MB in size! 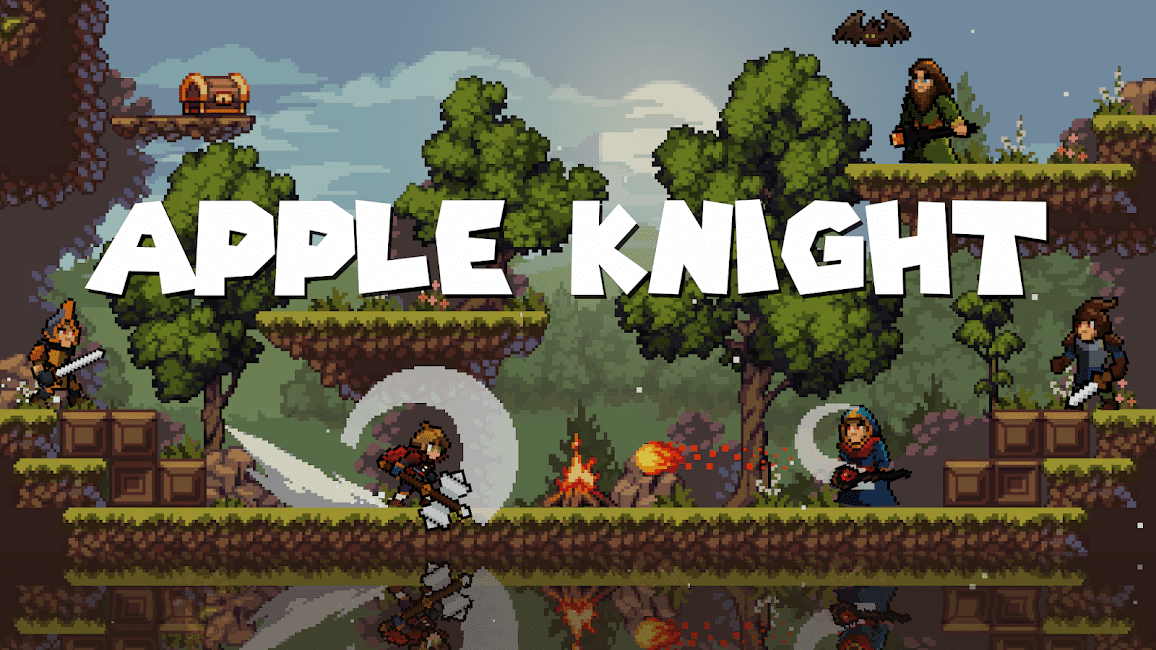 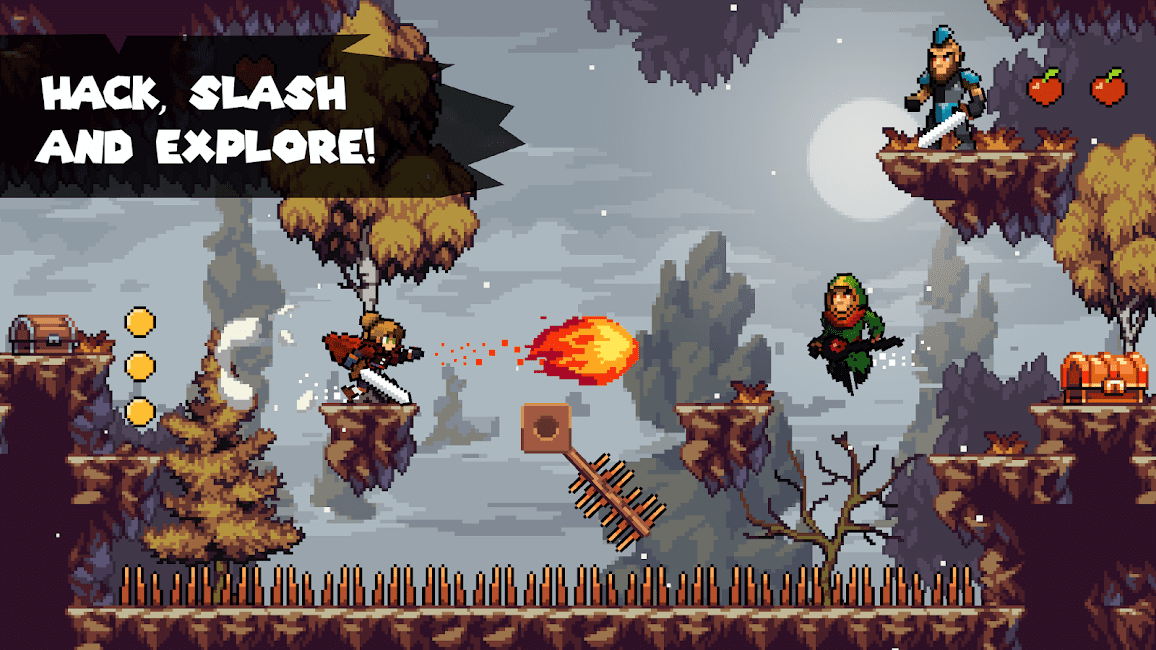 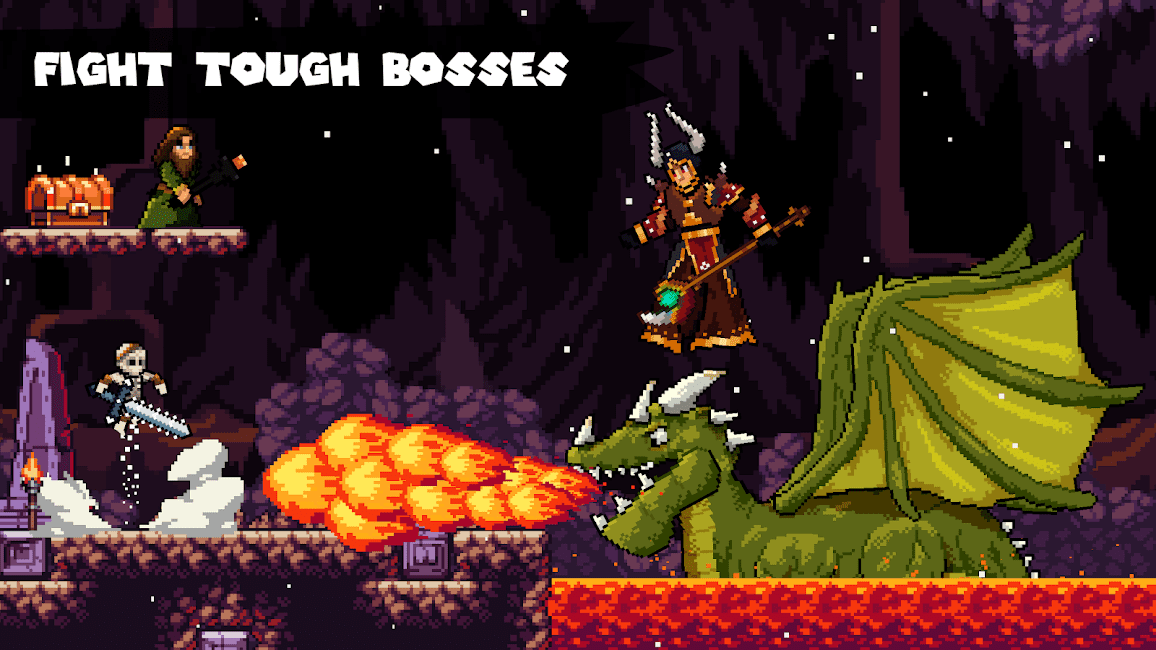 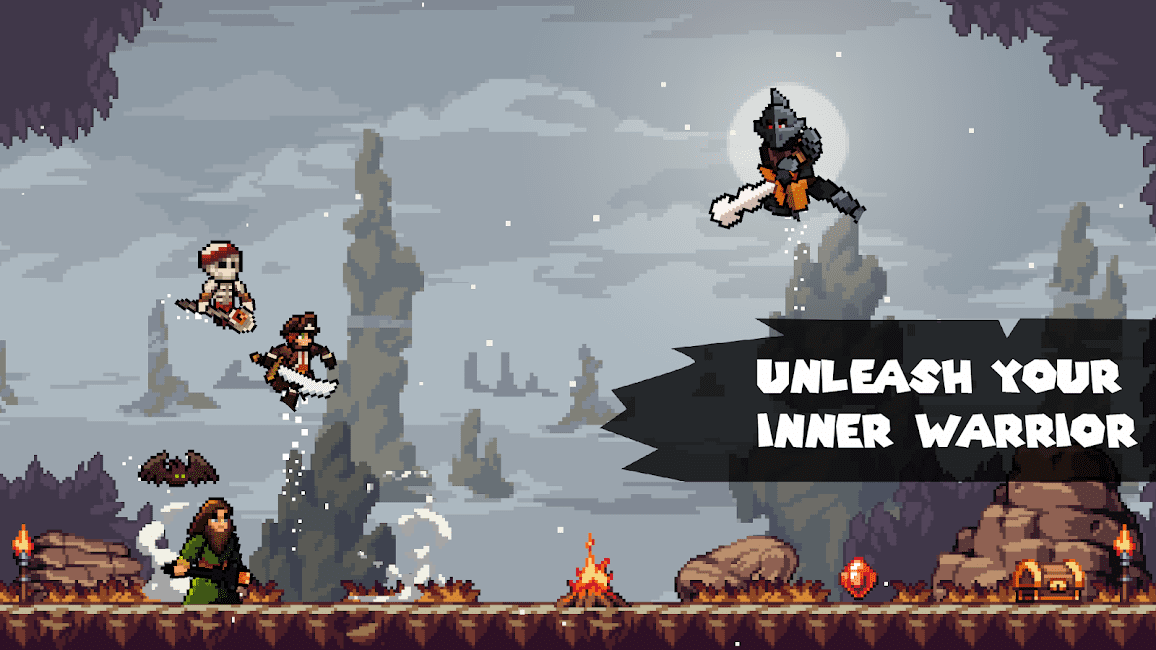 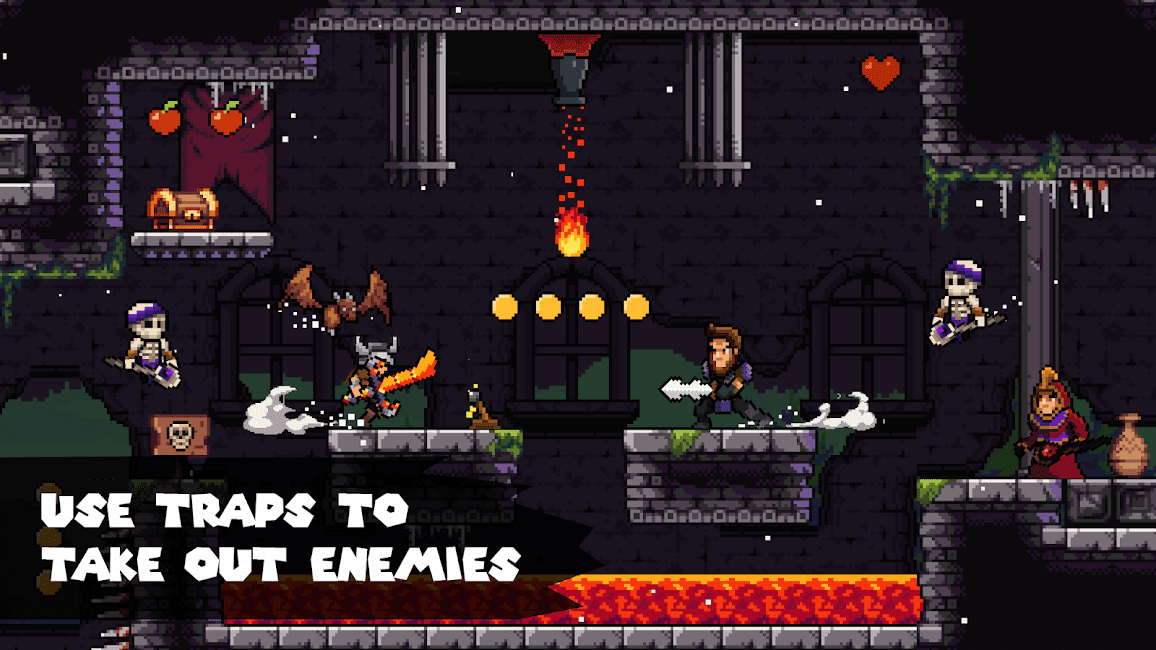 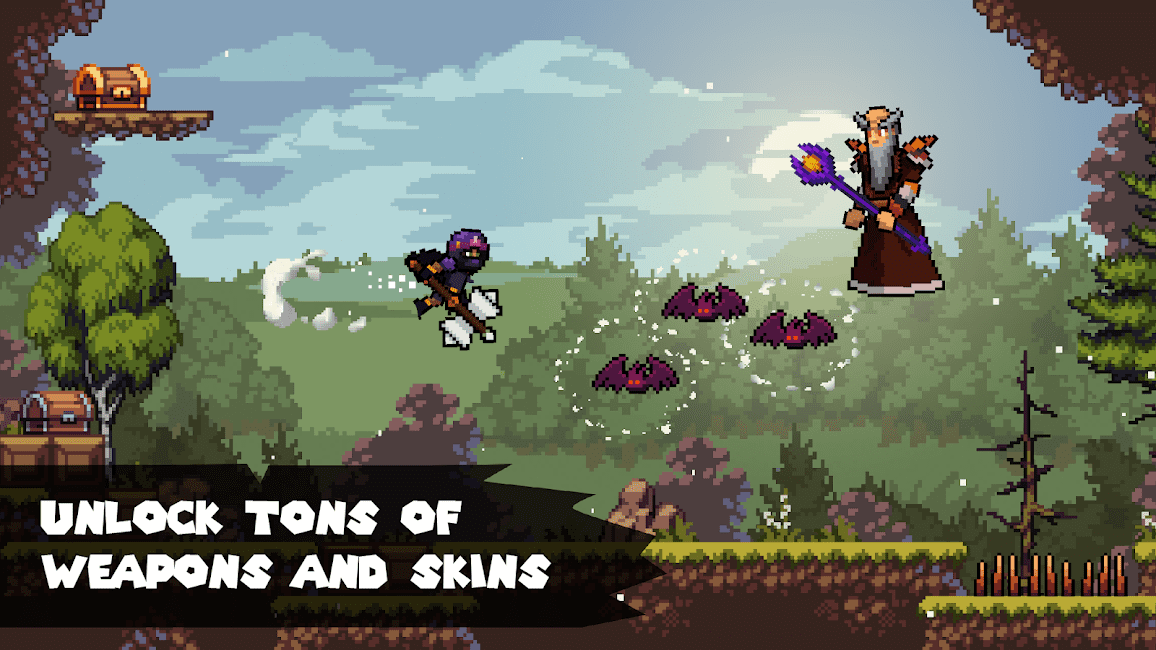 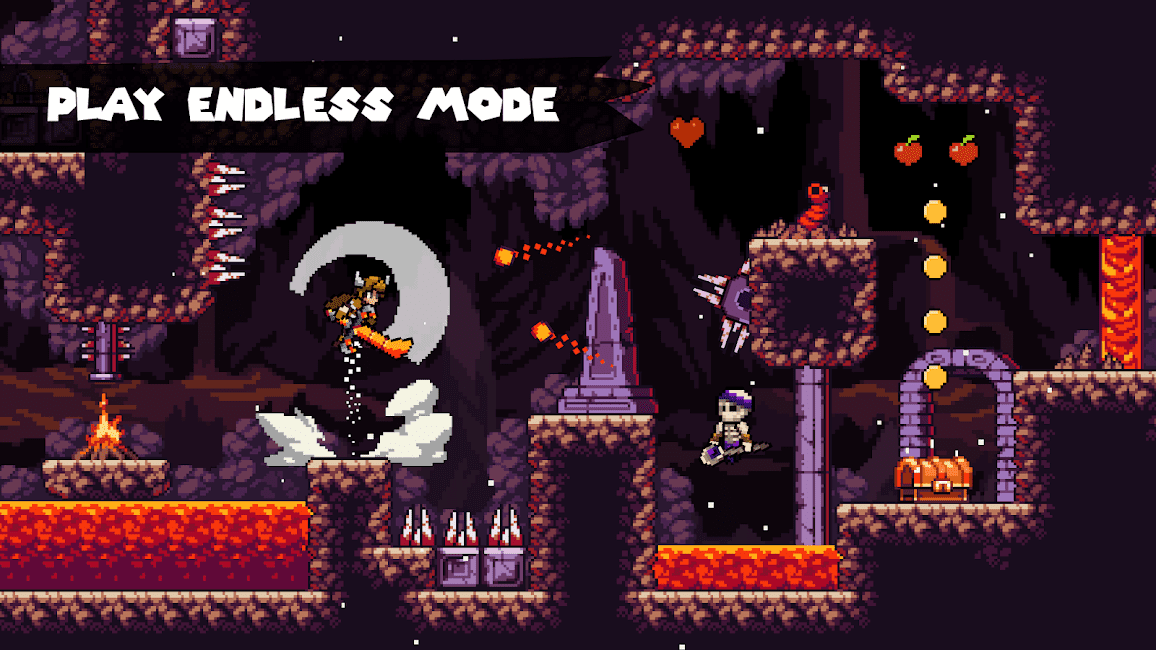 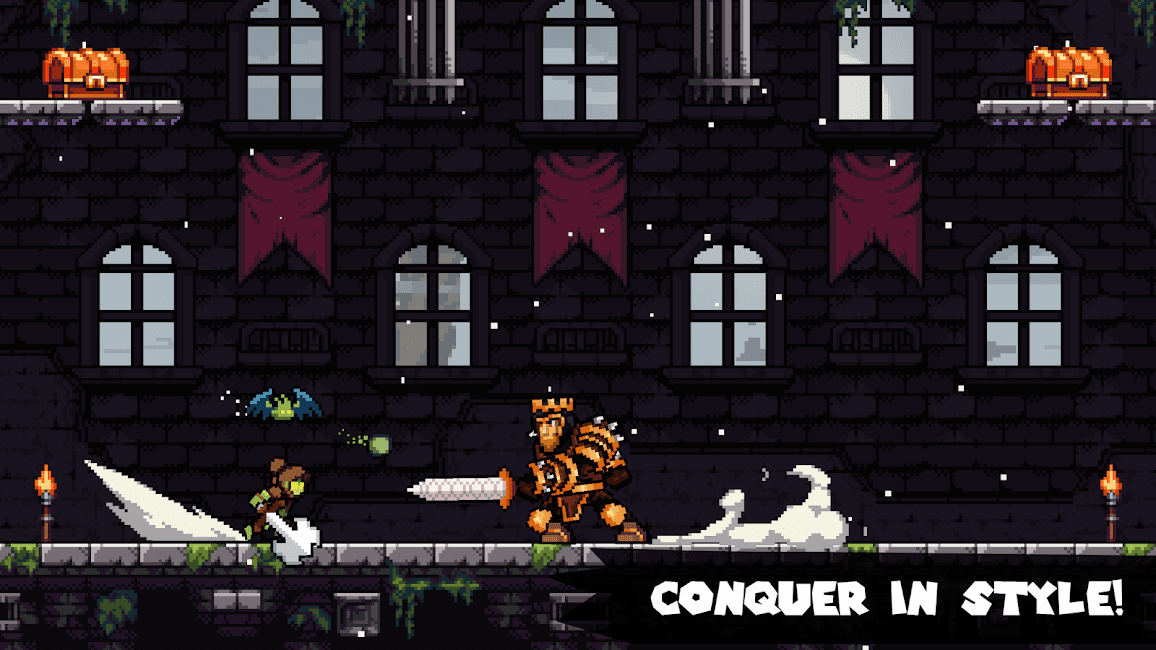