ArcherCat – Archer catThe name of a beautiful and popular game for the Android operating system, which is also one of the oldest mobile games. This game is developed and designed in arcade style. ArcherCat is released for free by the Korean studio Cravemob and is available to Android players around the world. At the request of a group of loved ones, Usroid has reviewed and introduced this game to the dear visitors of the site. We have prepared this simple but beautiful game with a modded version for download and you friends are able to download the latest version for free from the site with just one click and install it on your Android device. ArcherCat was first released in 2012, and after 7 years, came with a major update. The creators of the game mentioned this update as the new season of this game and chose its title The Secret of the Cat Kingdom. This decision of the creators, in turn, is commendable because, like many other game development studios, they did not design a separate game and released an update in the form of an update for the original game. In the second season of the game, which is now the latest version, more details and sections were added to the game, but the whole thing remains almost the same as the beginning, and this game is not much different from the first version in terms of graphics and gameplay. However, it should be noted that several optimizations have been made for the graphic part of the game in the new update.

In ArcherCatIn the role of our protagonist cat, you have a duty to protect the kingdom of cats. According to the game’s story, the cat kingdom called Feline Kingdome is cursed by a witch dragon and now these beautiful lands have been invaded by birds. Prior to this, the dragon was a close friend of cats and lived in peace and friendship with them, but one day this dragon goes crazy and invades the land of cats. He employs a force of birds and uses them to attack Feline Kingdom. A huge and innumerable army of these crazy birds has invaded your kingdom and you are the only hope to save these lands. So you have to start working and go to the enemies with the help of your legendary bow. Your job is to shoot the birds with your bow at each stage of the game and destroy them. You have special abilities, items and powers that you can use effectively against birds. You have been commissioned by the king of these lands to destroy the birds and finally the wizard and restore peace to this kingdom. ArcherCat game is graphically made with simple and cartoon designs and its gameplay is smooth and simple but fun and interesting. This game by earningA good score of 4.6 out of 5.0 has found a lot of fans on Google Play and you can also join the players of this game by downloading the latest version from Usroid.

Note: In the mod version, you must first go through the training steps, then close the game completely and log in again to have unlimited money! 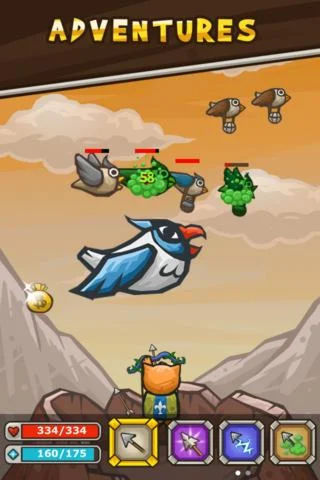 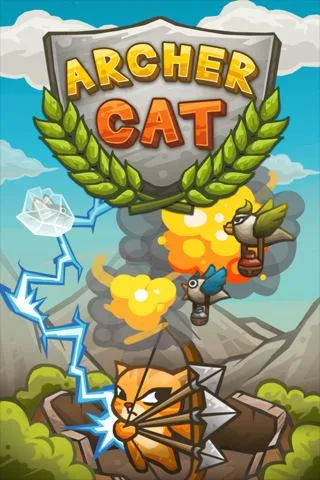 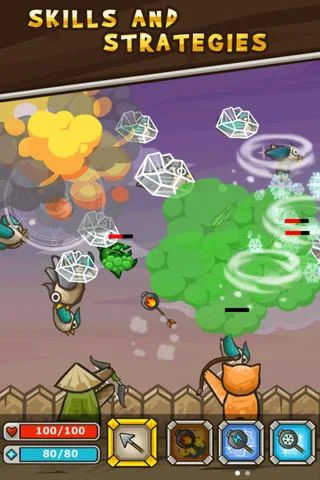