Area F2 v1.0.60 – Action and professional game “Region F2” for Android with data + trailer of
the global and final version of the game without the need for an invitation code
tested by running online

Area F2 – F2 area is a very attractive and exciting action title in the style of first person shooter games (First Person Shooter), which a few months after the release of the trial version, the final version was finally released and released on Google Play. . Until now, the game could only be played with the invitation code, which many other Iranian sites even published without considering this issue, and hundreds of megabytes of Internet users were wasted. But Usroid, as always and as usual, for the first time among all Iranian sitesThe complete, hassle-free and 100% tested version of this game is prepared and after the necessary examinations, it introduces you to your loved ones so that you can safely download the final and complete version of Area F2 and install it on your device. Area F2 has been developed by Hong Kong’s Qookka Games and has been released for free, but many parts of the game work with in-app payments and you can purchase items in-game in-store. You need to pay real money. Of course, this game is not so much of the P2W or Pay to Win type (spending in exchange for progress and winning the game) and the highest priority of Area F2 is the battle skills and tactics of the players. In the early days of Area F2, due to the many similarities between the game’s famous Rainbow Six Siege title, many users, even game review websites, claimed that the game was a mobile version of Rainbow Six Siege. However, the game’s creator, Qookka Games Studio, did not make the slightest mention of this, and Ubisoft’s developer and game owner Rainbow Six did not confirm such news. But whether this is true or not, we can’t hide the great imitation of Area F2 from Rainbow Six Siege, and it must be said that this game is practically a mobile version of Rainbow Six Siege.

Some features of Android Area F2:

Area F2 is the first mobile game in the history of CQB or Close-Quarter Battles, according to the game’s creator. If you’ve been familiar with the Rainbow Six game series before, especially the Siege version, you’ll probably notice the similarities and patterns of the F2 region’s gameplay. However, this is the first tactical and very professional game at the level of console games for mobile that has been released in such a style. In Area F2, there are no crowded battles on the battlefields, terrible explosions or competitions like Team Deathmatch. In this game, you have to do exactly what you have to do with tactics and battle strategies. So if you’re looking for a bustling game, you might want to look at other games like Battle Prime or Call of Duty: Mobile . UsroidSimultaneously with the release of the final and global version of this game on Google Play, it has been quickly tested and reviewed, and now it has provided the latest full version for you to download for free. Area F2 has received more than 1 million downloads in less than a month and has received a score of 4.5 out of 5.0 .

– Download the data file and decompress it. Copy the com.qookka.areaf2 folder to the Android / obb path of the device’s internal memory. 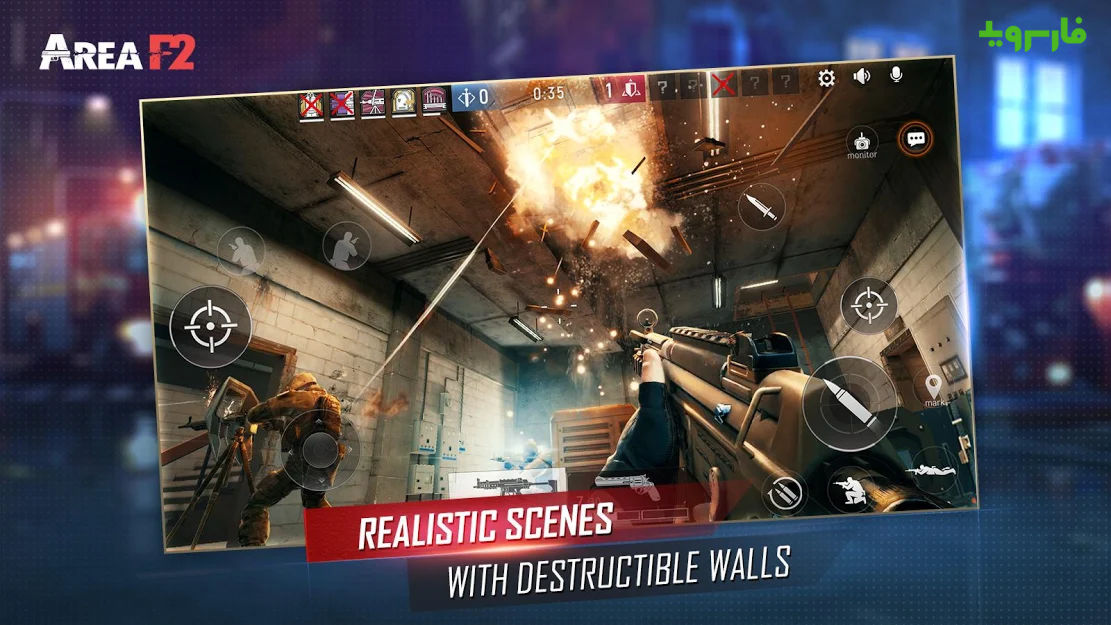 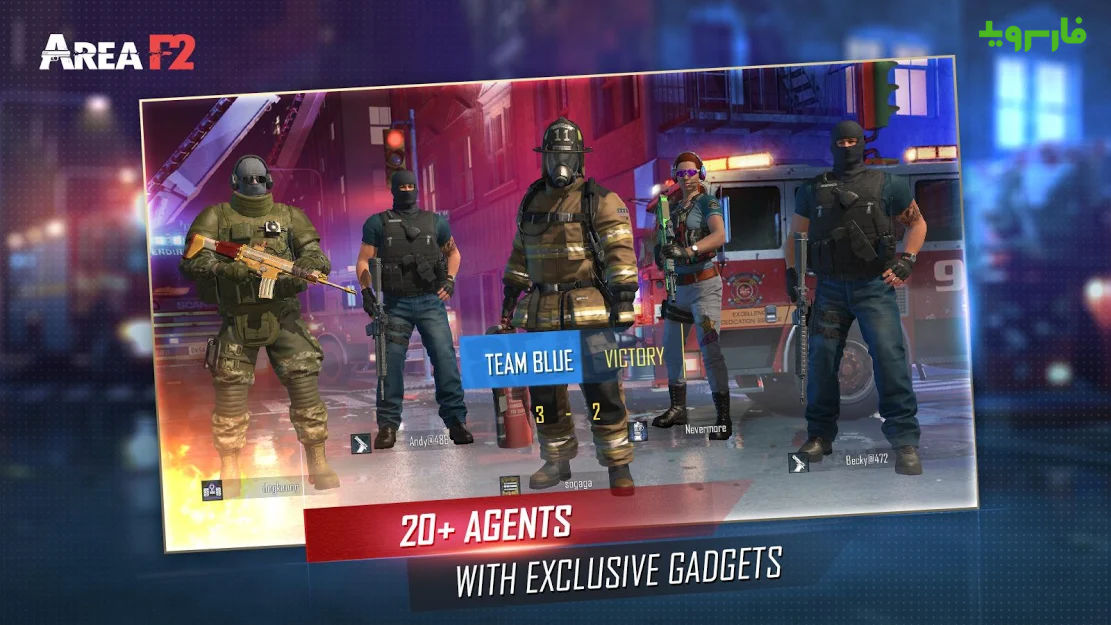 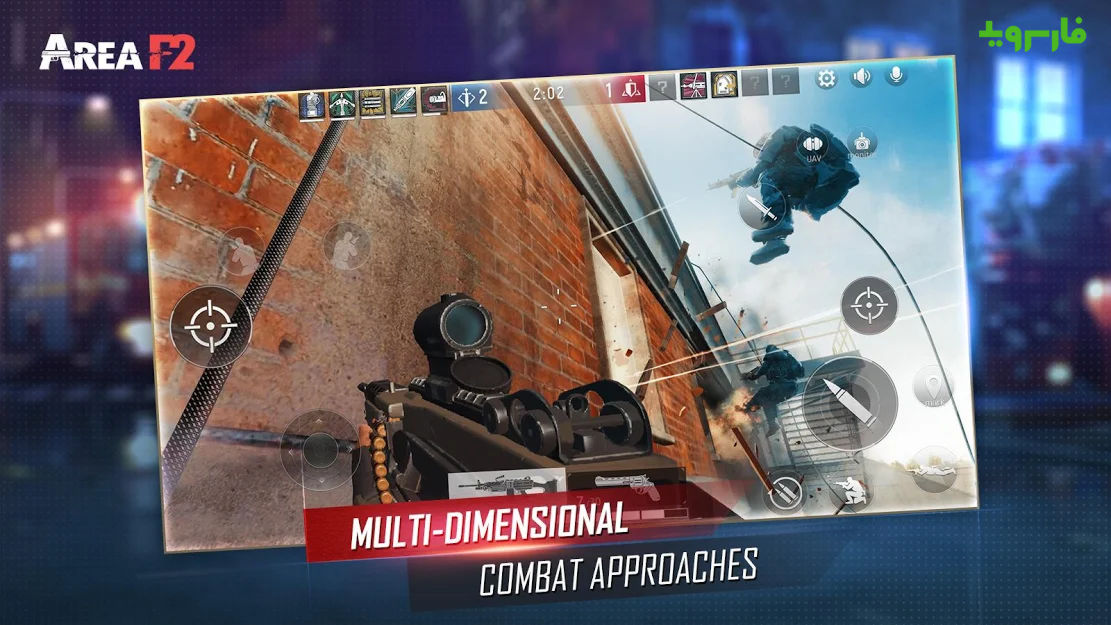 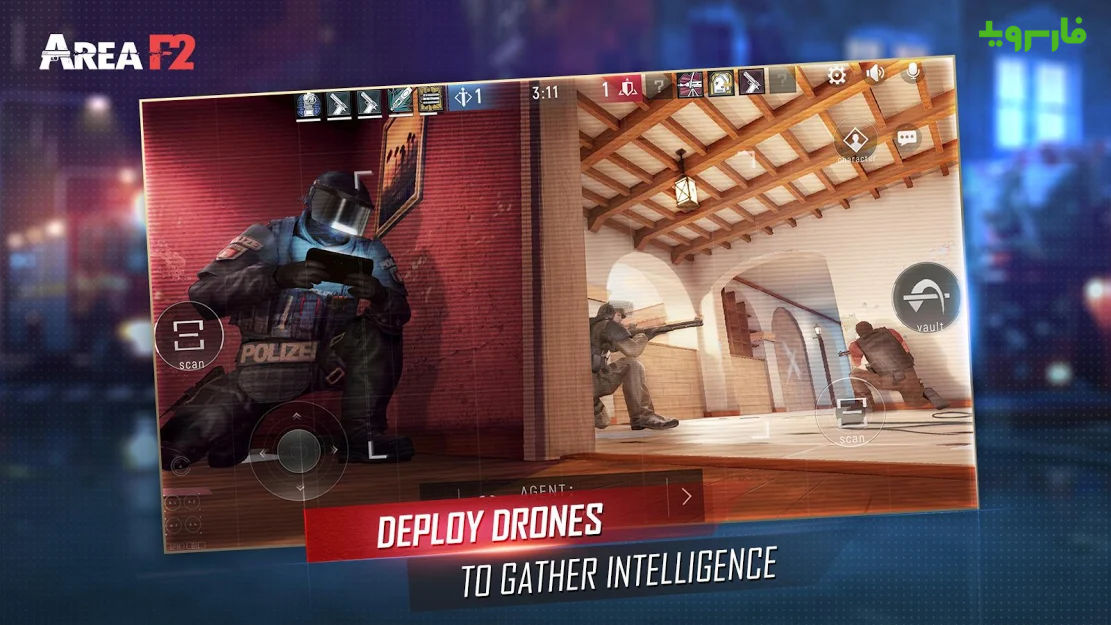 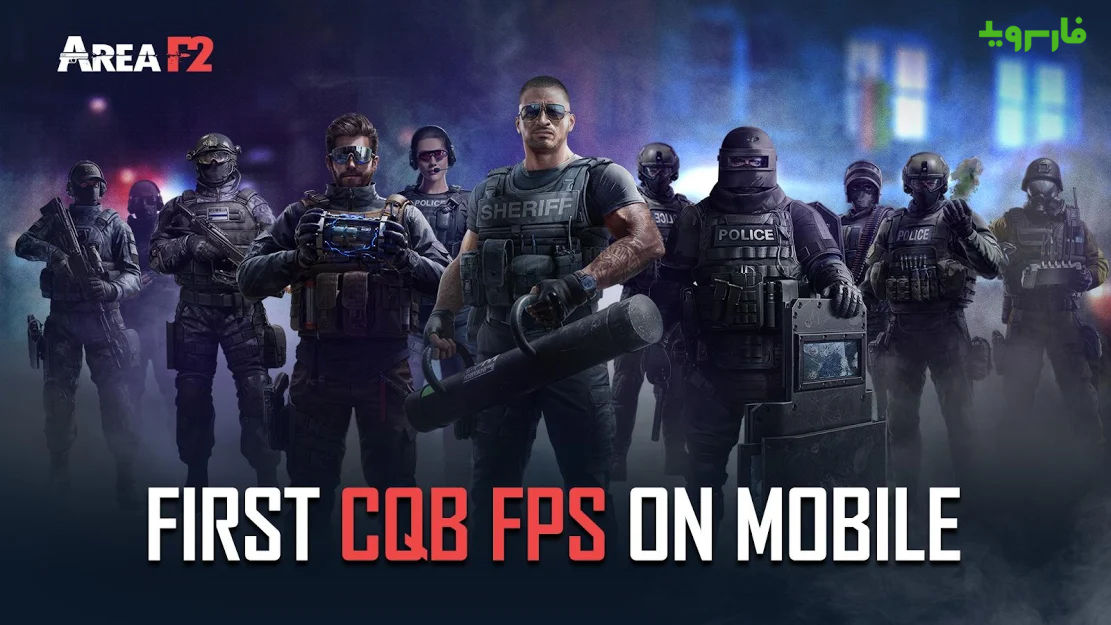