Apple is one of the largest and most popular smartphone companies with hundreds of millions of loyal customers worldwide. The phones produced by this company have always been highly welcomed and are one of the main factors in the success of this company. One of the main reasons for the unparalleled success of Apple phones is the use of a unique operating system with a very beautiful and attractive user interface. The user interface of Apple phones is different from all other phones and its design has always been tried to have various creations. Unfortunately, the user interface of the Android operating system is not as beautiful as the iOS user interface, and this is why many Android users are looking to simulate the iPhone user interface on their phone.Armoni Launcher PROThe title is a beautiful launcher similar to the iPhone user interface, for the Android operating system, developed by designed4you and published for $ 0.99 on Google Play. In this launcher, an attempt has been made to completely simulate the appearance of the user interface of version 14 of the iOS operating system. That’s why it includes live widgets, cards, exactly the same icons, wallpapers with three-dimensional effects, unlock animation, app opening animation, live clock icon, live weather icon, ios battery-like widget, widget Siri offers, calendar widget, contacts widget and many other iOS features are used. At the same time, this launcher has the capabilities available in advanced Android launchers. For example, you can hide your favorite programs or use your favorite pack icons on the phone’s user interface. Even the ability to resize icons and 3D touch is included in this program to be most similar to the iOS user interface. If you want to experience the iPhone interface on your Android phone and you are not looking to get involved with complicated methods, we recommend using this launcher.

Some features and capabilities of Armoni Launcher PRO Android application :

Armoni Launcher PRO application is one of the best launchers for iOS simulation, which with the satisfaction of Android users, was able to get a score of 4.3 out of 5.0 from Google Play users. Now you can download the purchased version of this program with all the features and capabilities from Usroid for free. 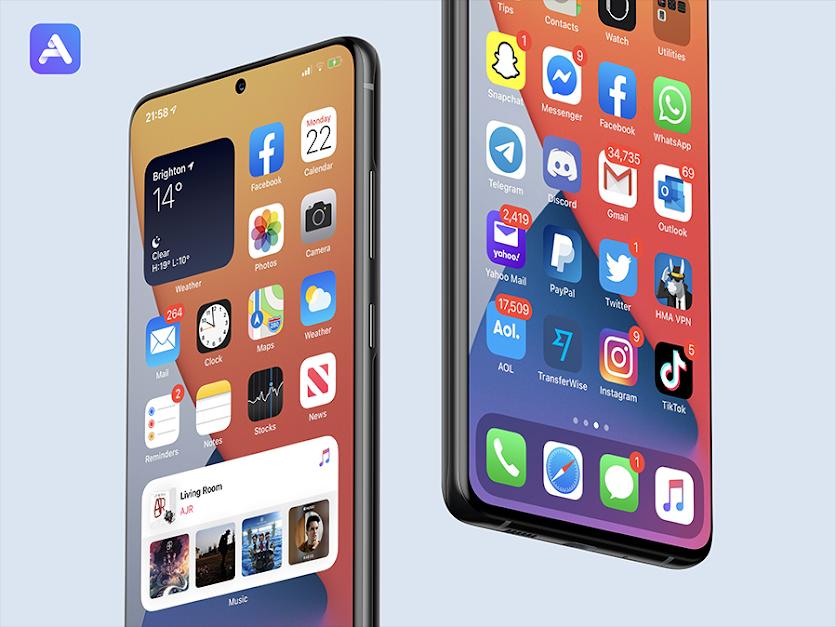 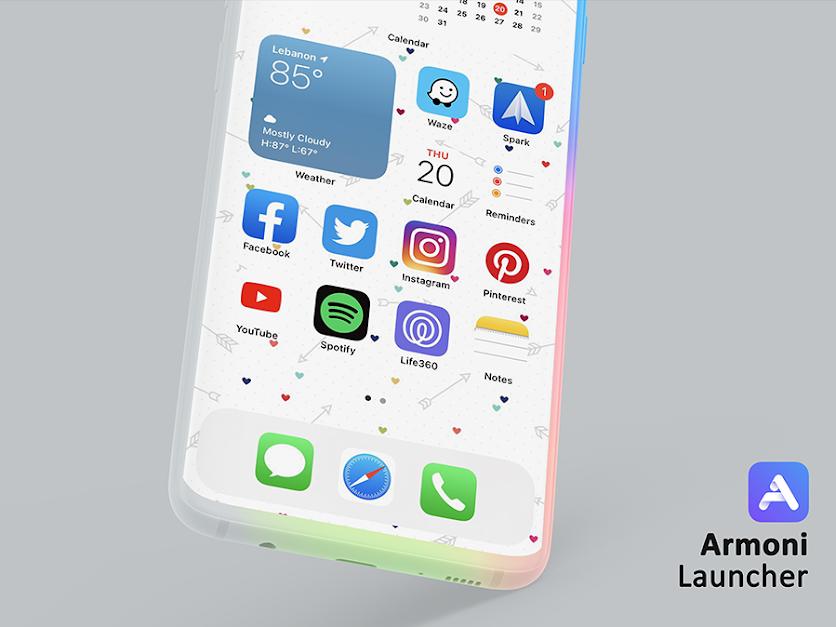 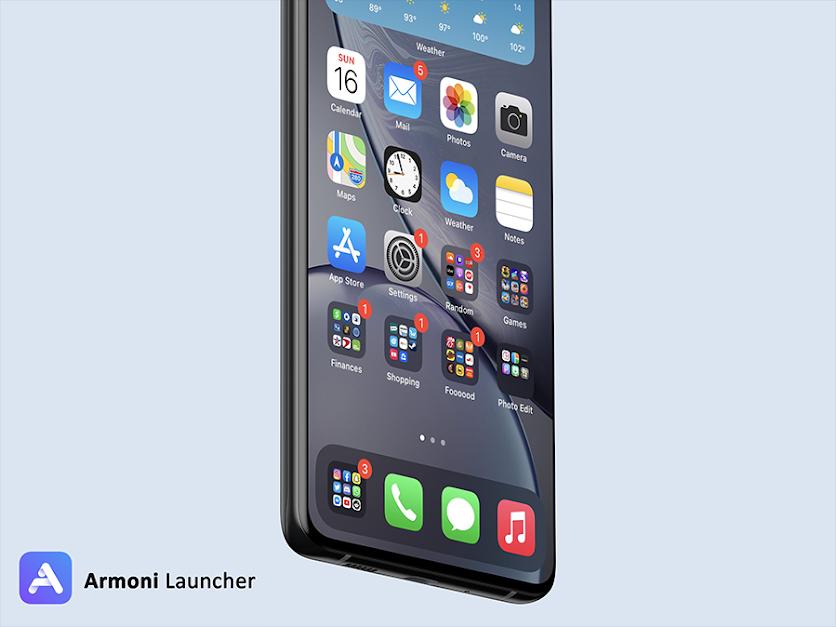 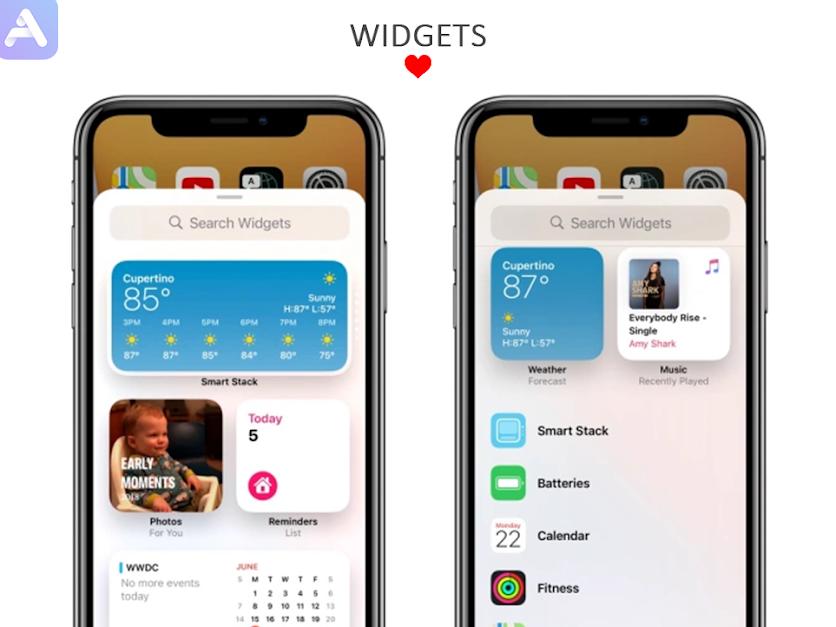 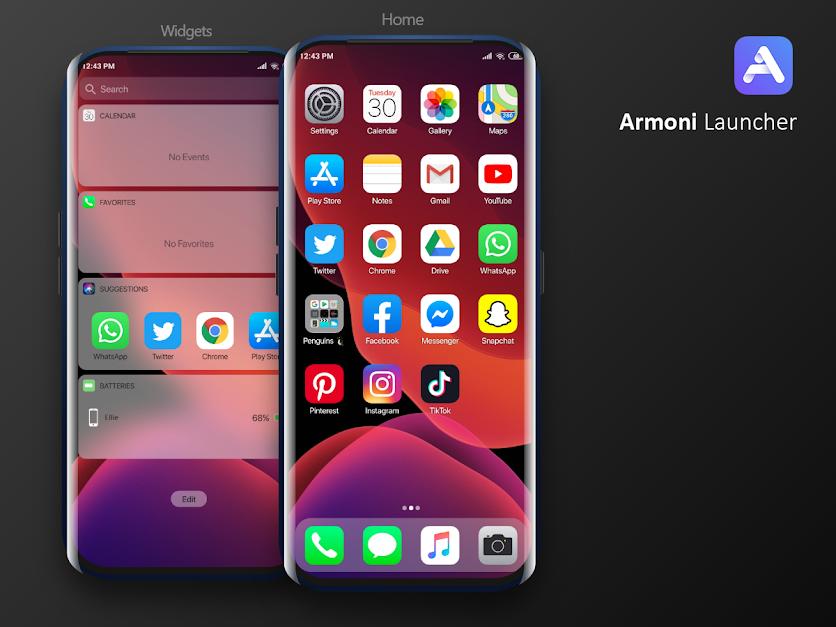 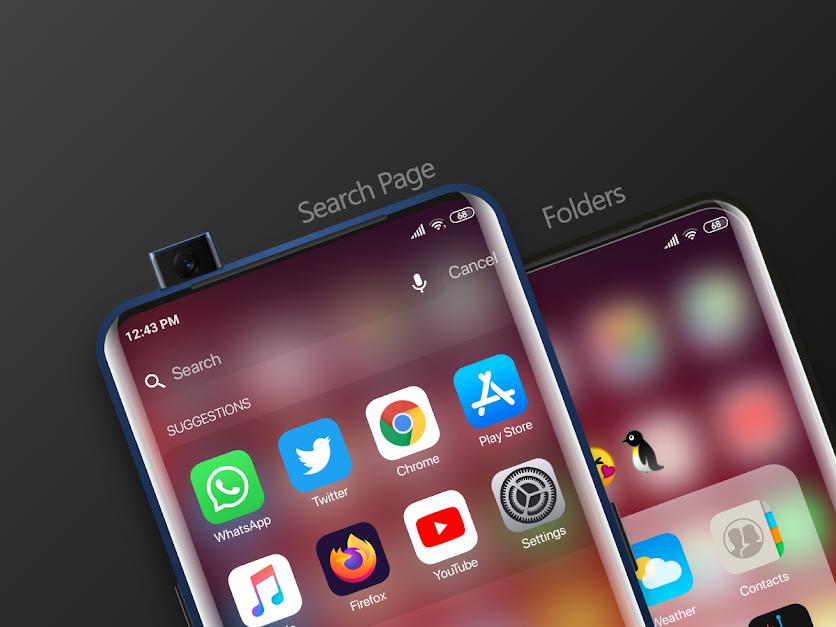