So far, we have introduced dozens of different software in the field of battery management from Usroid; Powerful applications such as one power guard , Du Battery Saver and… which were among the best in our opinion and the site management team! Today we are going to introduce another powerful and popular application in the field of battery management and monitoring called Battery Monitor Widget Pro for the operating system, which despite its monetary and high price of $ 4.99 , has been purchased by users tens of thousands of times. The basis of different opinions of users who have purchased it has been excellent and desirable and has been able to attract their attention to itself! This application Analyzes your mobile phone battery professionally and 24 hours a day, and by providing analytical and graphical statistics, it will help you reduce your mobile phone battery consumption and take a fundamental step in reducing your battery consumption!

If we want to name some of the features of the above program , we can refer to items such as displaying the battery consumption status with different units of milliamperes, millivolts, milliwatts and temperature; Promote various practical and excellent methods to reduce consumption and have a simple and user-friendly user interface.

* Ability to recalibrate the battery manually by you and users

* Having a very simple and user-friendly user interface with dozens of other features. . .

Application Battery Monitor Widget Pro now in the Android Market has a rating of 4.7 out of 5.0 , which we have today in Usroid the latest version of a direct link Nera put at your disposal.

Note:  Battery Monitor Widget software has two versions, normal and professional, the first is free and the second is paid. The upcoming version is a professional and purchased version of the software, all its features are available! 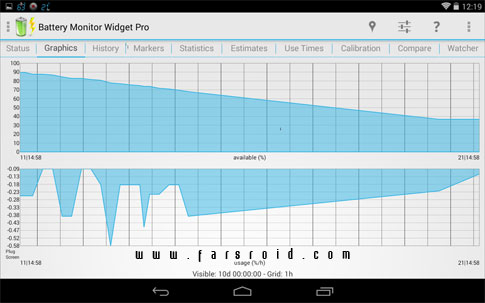 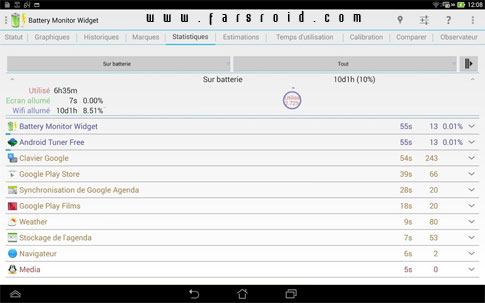 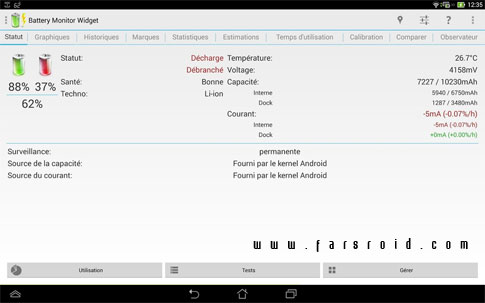 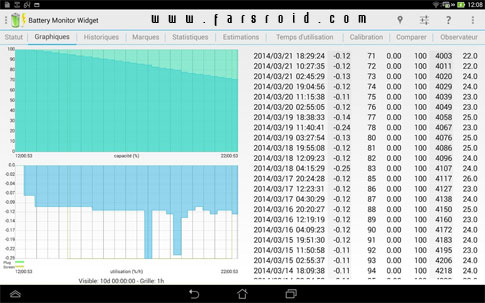 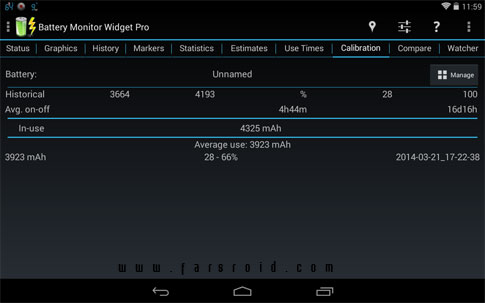 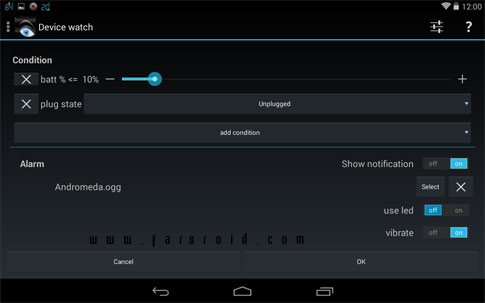 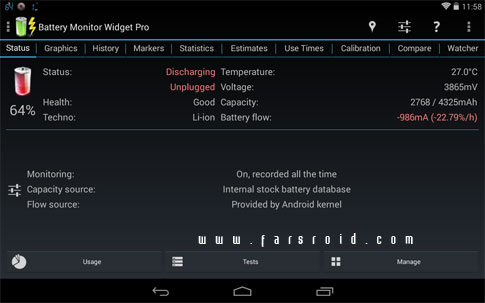 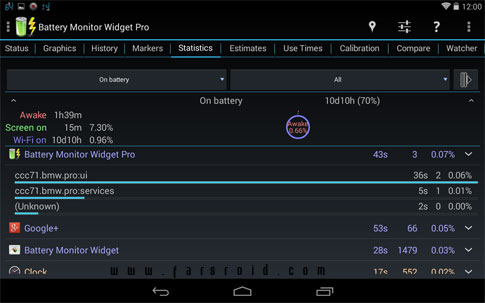