Battle Instinct – Battle Instinct is an incredibly beautiful action game with a small size of Deus Craft game studio for Android devices, which is inspired by survival games such as Fort Knight and Pabji Mobile.Designed and built. Battle Instinct is set to awaken your instinct for battle; As a player, you will land on an island with 49 other fighters, each trying to survive. In the end, the one who can last until the end and be the last person to stay in the game wins! After getting off, the first thing you need to think about is finding a weapon and then a defensive cover like a bulletproof vest! As you progress, you will be able to explore different buildings and acquire better weapons! Try to hide somewhere like the roofs of buildings or among the bushes and surprise your opponents; But be careful; The same calamity may befall you! If you are a fan of action and survival games, Battle Instinct is definitely worth a try with its great build compared to its small size.

Game Battle Instinct has now +10.000 times by Android users around the world downloaded from Google Play and managed to score 4.0 from 5.0 gain. A game with a size of less than 150 MB should not be expected to be an extraordinary game like Fort Knight or Pabji, but this game is well designed and built according to its size, and you can nail it to your phone for hours in a large environment.

1 – The game is online and offline
2 – New versions of the game will not be hacked – If the mode is hacked, it will be available for download
2 – The  format of the installation file is Apks – To install the program, you must use the SAI program. 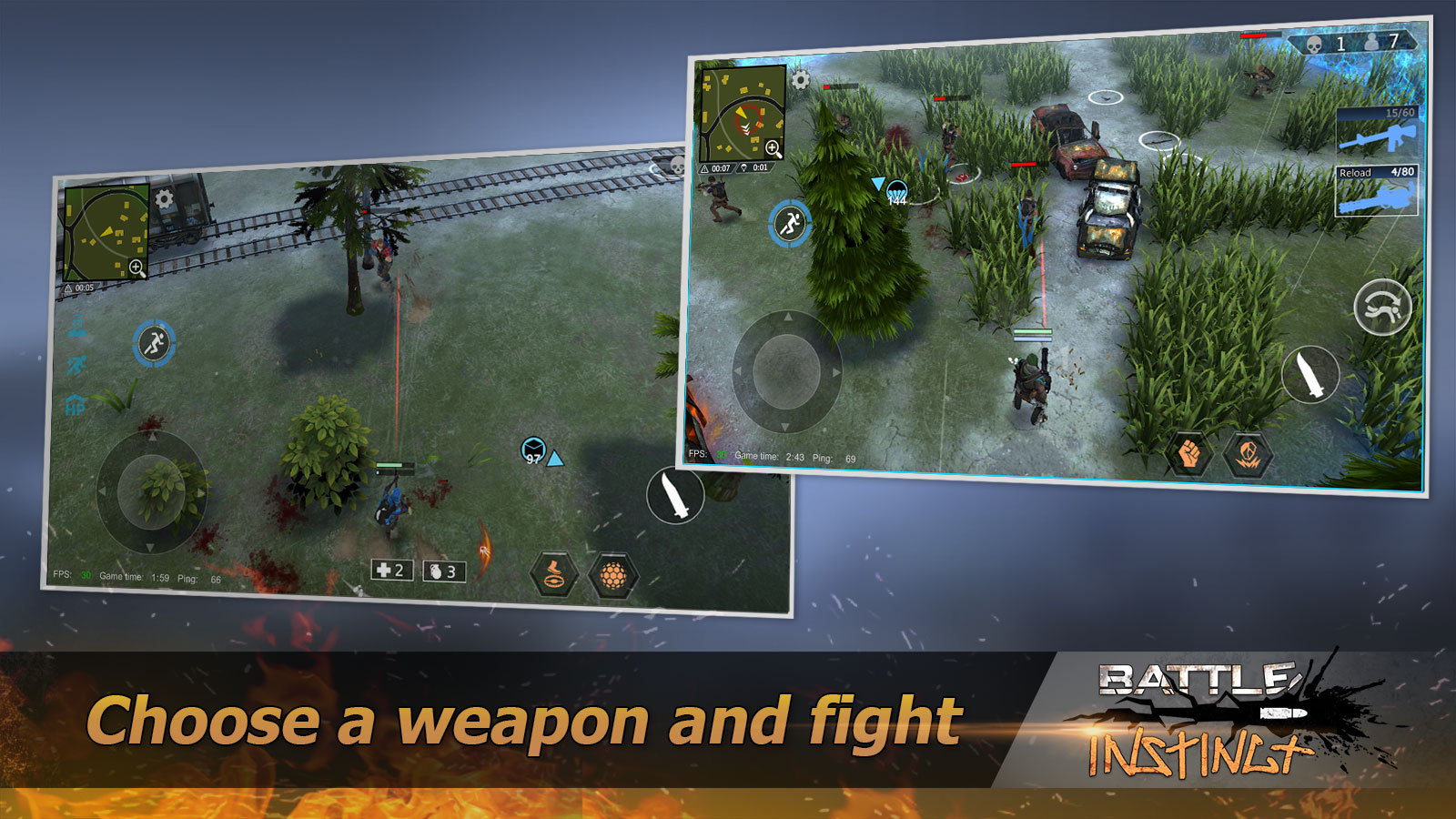 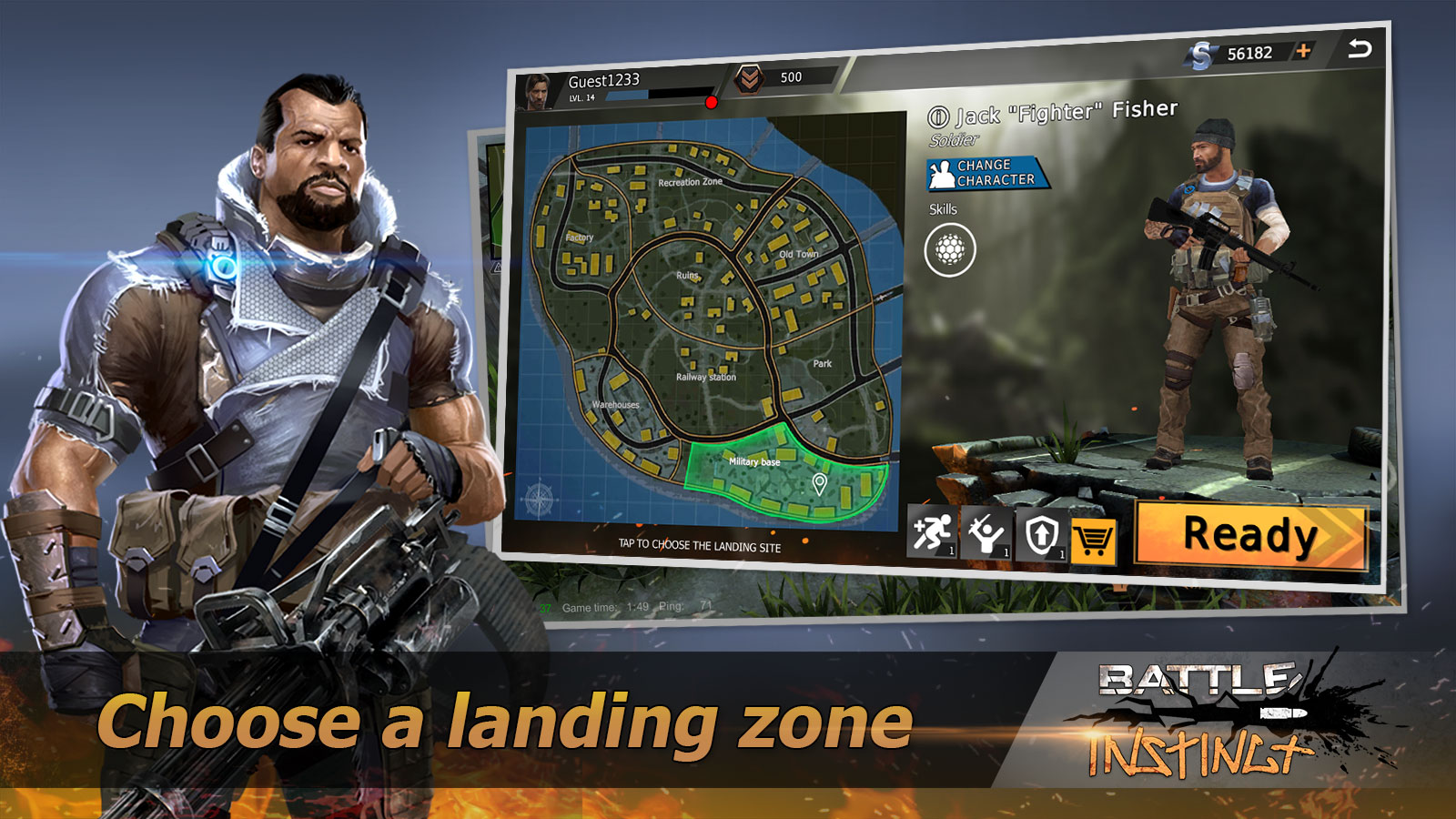 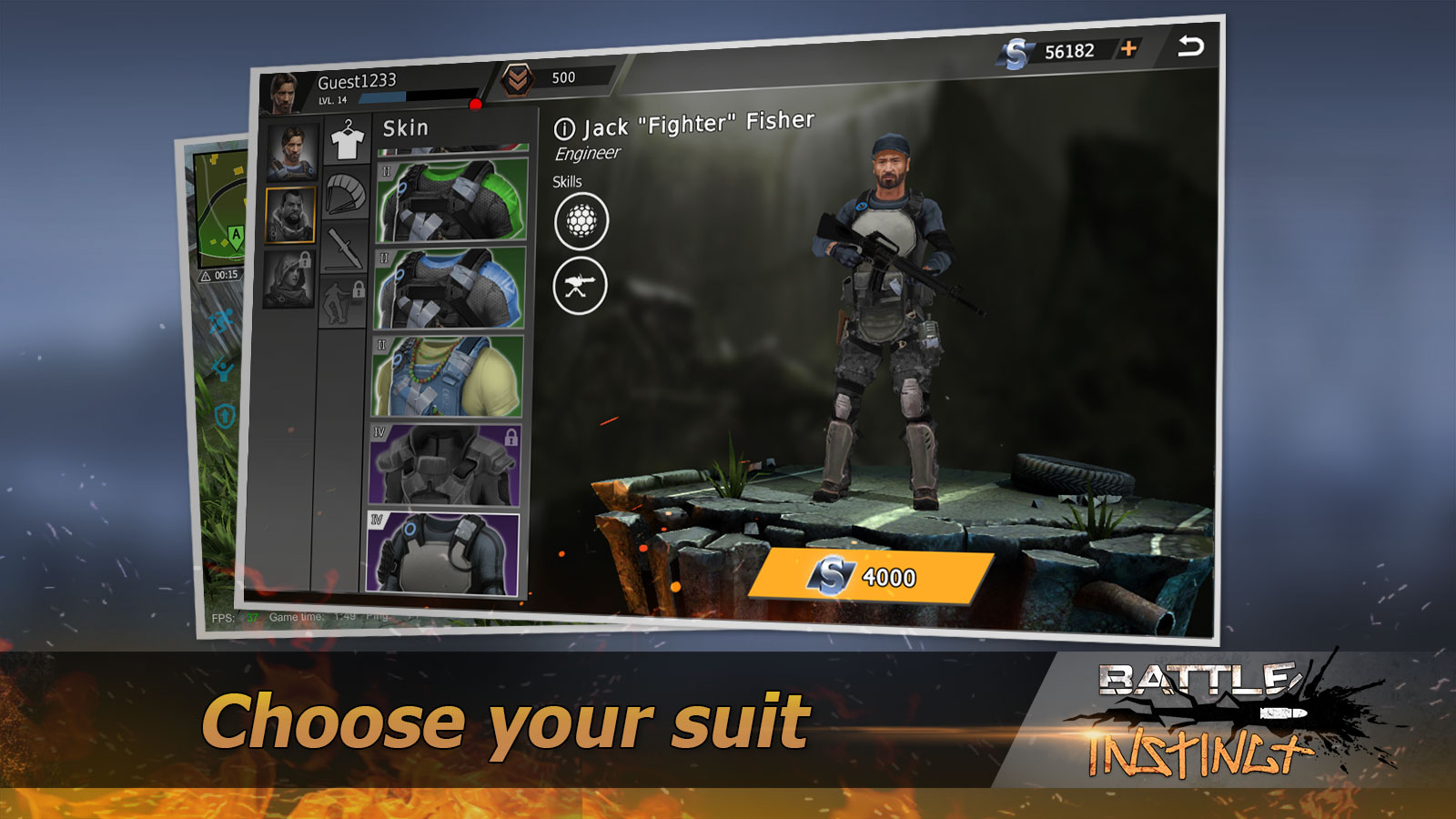 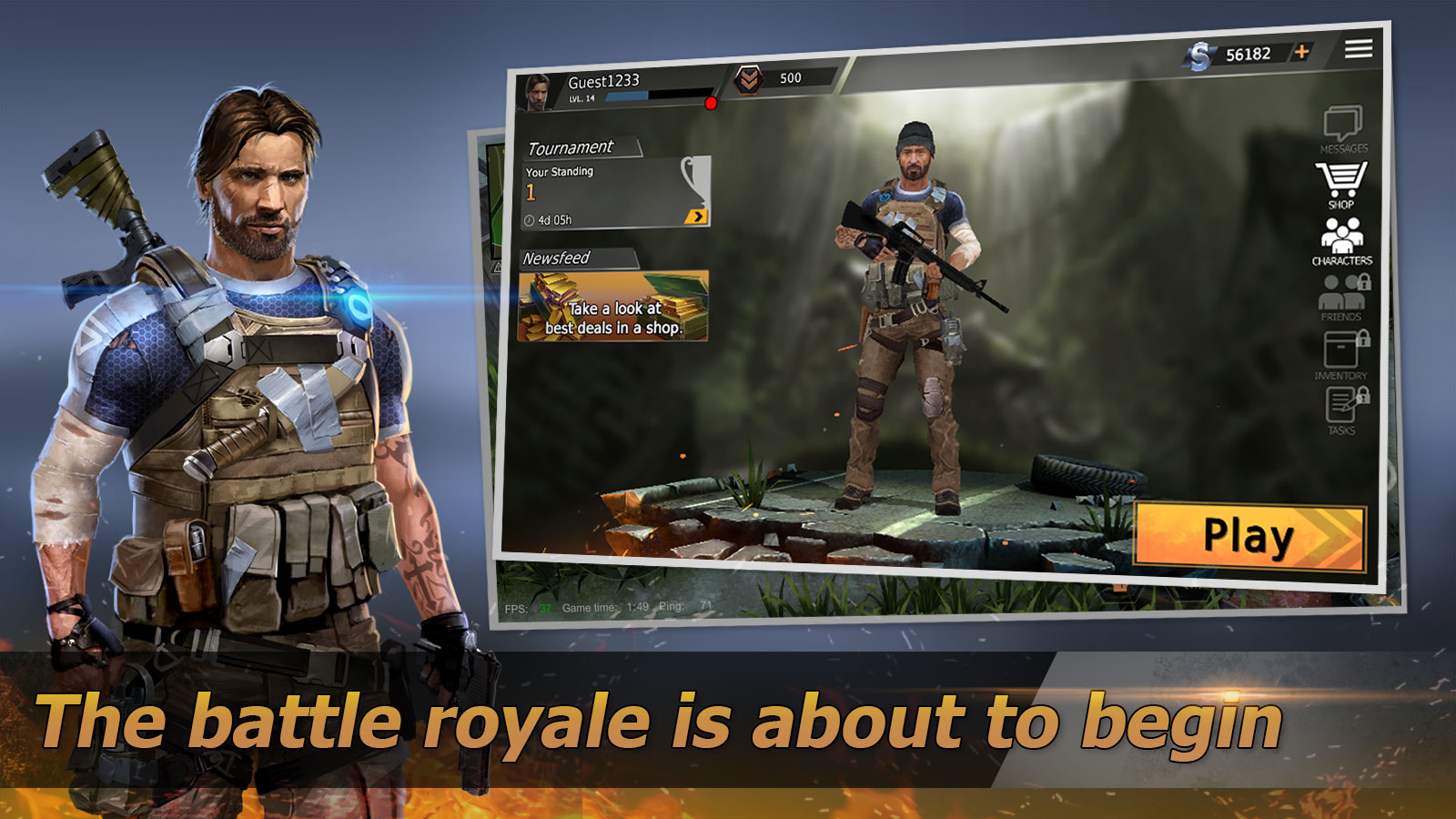 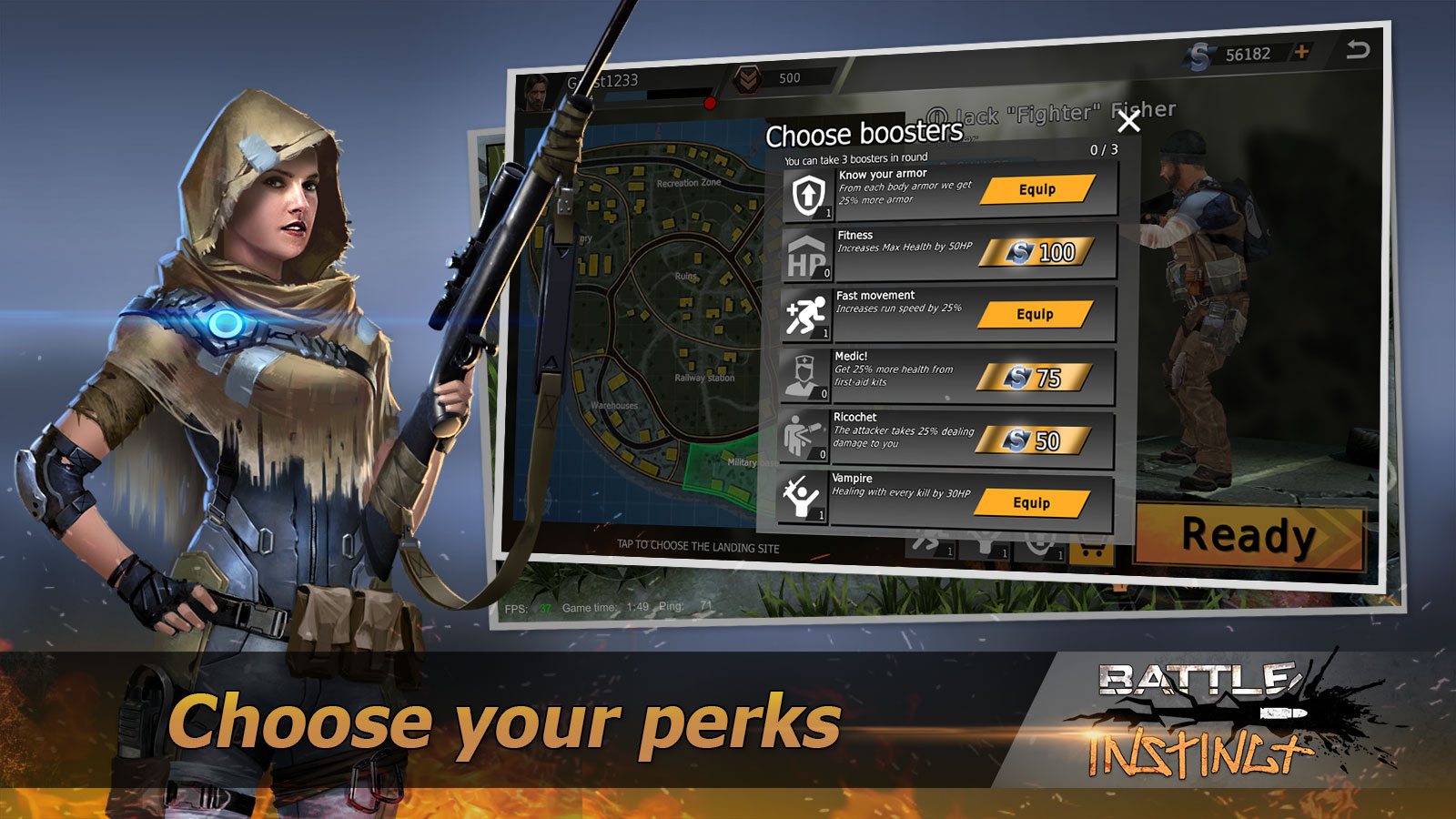