Beat Workers v1.0.1 – Fun and well-made musical game “Music Robots” for Android,
purchased and full version of the game for $ 3.49, presented to you,
tested with offline performance

Beat Workers is an interesting and beautiful game from the category of musical style (Music) titles, which has been released as a paid game for $ 3.49 on Google Play for sale. The creator and developer of this game is NaturalPad Games studio in France. Once again, we are proud to announce that as the first Iranian websiteWe have introduced and published the purchased and paid version of this game on the web. So safely download this game from Usroid and enjoy the paid version of the game without paying the slightest cost. The style of music or musical games has found a special place among mobile game fans for many years and is one of the most popular hobby games. At first, these games may have been just fun, and their overall goal was to provide players with simple, not-so-challenging content that they can play in their spare time and at times when they need to be entertained, but At the same time, they do not need to focus on the story of a game, these types of games were the best choice. But with the development of the mobile game industry, we are witnessing the introduction of more styles in this category, and now musical games are no longer just fun games, and many of them are among the hard and challenging games. It can even be said that the most difficult and challenging mobile games at the moment, which are a kind of record-breaking games, have been made and published in this style.

Game Beat WorkersOne of these games that challenges you with a simple but very interesting and special gameplay. At first glance, you will notice the simplicity of this gameplay. This simplicity is so great that you may only need one hand to play the game and all you have to do is tap the screen! Although according to this description, this game seems to be a simple, trivial and maybe childish title, but make no mistake! Beat Workers is a challenging and record-breaking game, and only those who have put all their focus on it succeed. The faster the processing and the faster the reactions, the more successful you will be in this game. Your job in this game is to tap on specific points on the screen at the same time and at the same time as the rhythm of the music. Unlike many similar games, Beat Workers has an interesting story in which you are in the role of an architect and you are supposed to save the ancient world from extinction by building various structures. To do this, you have designed robots that will help you along the way. You have to accompany these robots in the discussion of building and completing structures by accurate and timely hitting. Are you fast and accurate enough to set good records in this game? So download the box right nowVisit Usroid and get the game from the direct links of the game site for free and challenge your skill and speed of action! Beat Workers game with an excellent score of 4.9 out of 5.0 was able to delight its audience. So if you are a fan of musical games and at the same time challenging and record-breaking, do not miss this title. 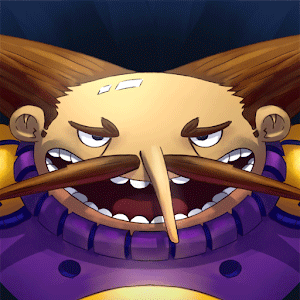 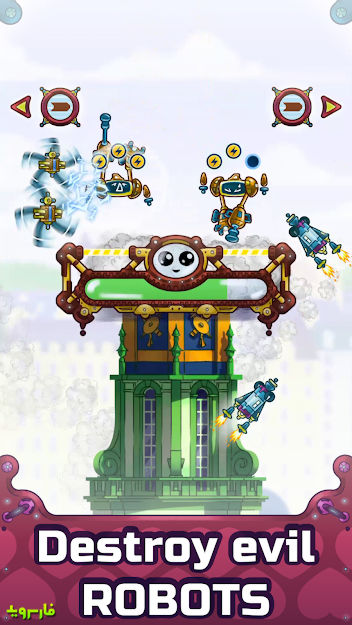 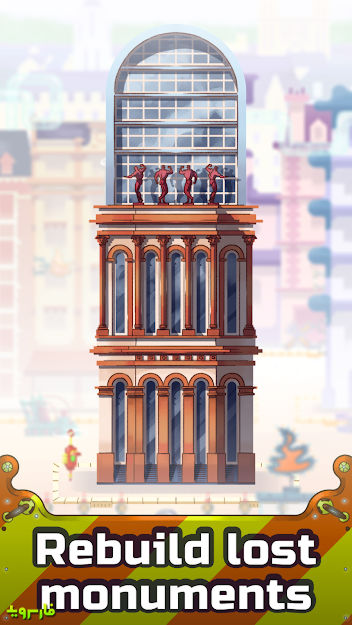 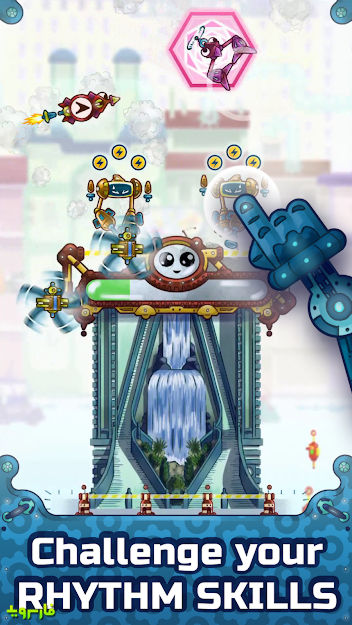 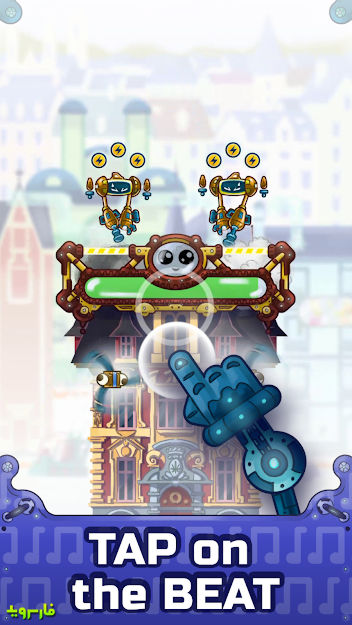