Black and White – Multiplayer Online is a very beautiful Iranian game in the style of action and gun games from Pars Bartar Art Innovators Gaming Group for Android devices , which is designed in the first person and in which you can fight Pay other users all over Iran! Yes, the above game is designed as a famous counter game in which you have to fight with Iranian users with different types of weapons and collect points! If you are interested in multiplayer action games and you like to play a great action game designed by Iranian programmers this time, we offer you a great black and white game that has excellent quality and design compared to other games. An Iranian will fascinate you.

Some features of Android black and white action game:

* Fight in a variety of different locations

* Two different black and white groups to choose from

* Kill members of the opposite group to get dollars

* Having a real-time voice chat system

* Includes a variety of different maps to choose from

Black and white game – multiplayer online , we are introducing today in Usroid at the request of dear users, which has not yet been introduced on Iranian sites, and unfortunately, no advertisements have been made for it by the manufacturer, and it has not yet become as popular among users. And we decided to introduce it to you for free, on the one hand, to support Iranian programmers for free, and on the other hand, by increasing the number of your players, the users who love this game will experience more excitement than before.

Note that: Black and white game – multiplayer online, as its name implies, is done online and online, and a Wi-Fi connection is required to play. 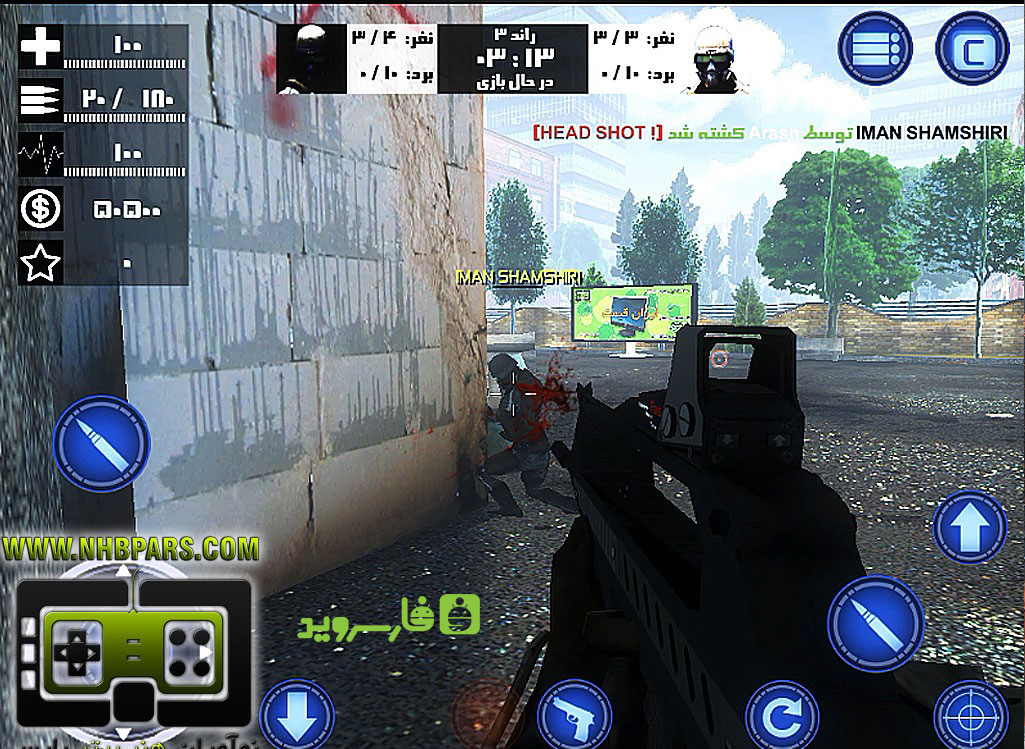