Blue Angels – Aerobatic SIM is a new and extremely beautiful flight simulator game from RORTOS studio, the creator of famous games such as Carrier Landings Pro for Android , which is available for free in the big Google market, and again, as always, we have decided as soon as possible. And for the first time in IranIntroduce it with the mod (unlocked) version of your presence for air game lovers! This is an exciting product from RORTOS, which has obtained a US Army license for jet acrobatics! Reach 400 mph in official maneuver or fighter and have the shortest distance to the side aircraft! Now excitement mixes with flesh and blood! The scary F18 fighter or C-130 transport aircraft each have a unique experience and each of you wants a crazy reaction! If you are a fan of Android flight games, Blue Angels – Aerobatic SIM will undoubtedly attract your attention!

Blue Angels – Aerobatic SIM game currently has a score of 4.4 out of 5.0 in the Play Store , which we at Usroid provide it for free and with a direct link; You can first see pictures of the game and download the game for free if you wish; Not to mention that the game has been tested by us on the LG G3 Android device with Android 5 and has been run completely offline.

– Download the data file and decompress it. The it.rortos folder . Copy blues to Android / Obb path of internal storage. 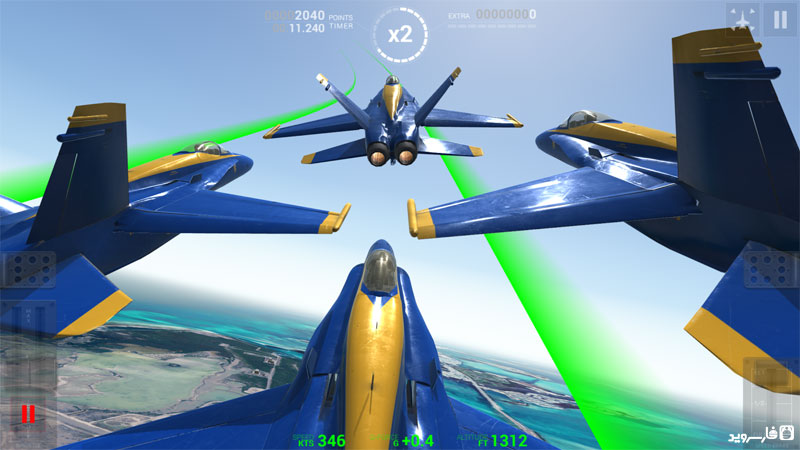 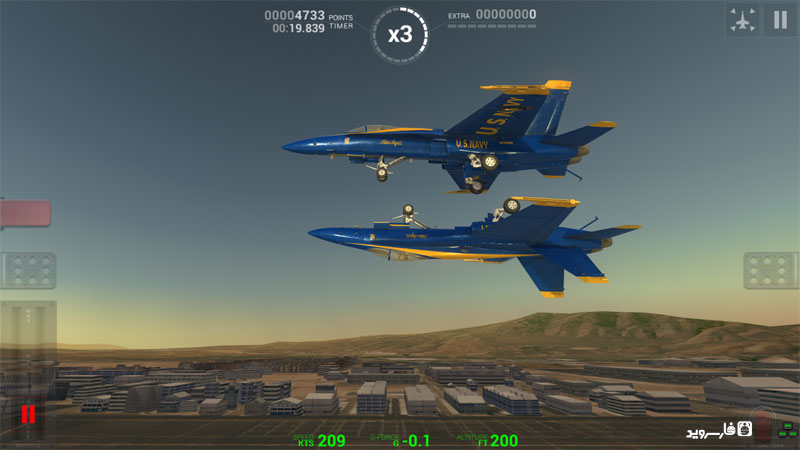 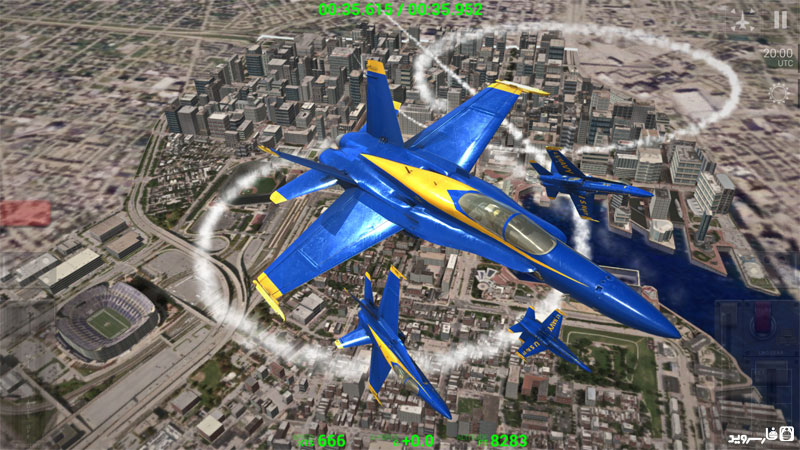 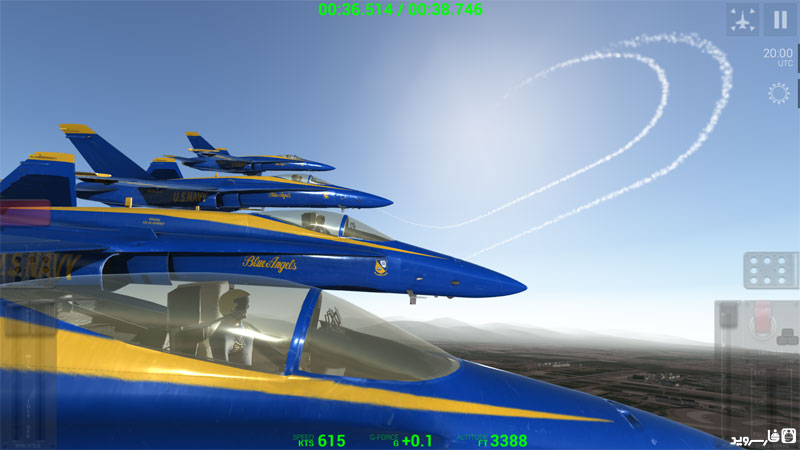