Braveland – Land courage of a great new game with stunning HD graphics in the style of game strategy from the studio Tortuga Team that finally, after a few hours ago Google released its Android version. In this gameIn the role of the main character of a humble warrior boy whose village has been brutally attacked by bandits, you must do your best and use your intellect and skills to become one of the commanders of the army. Destroy all the various enemies in your village and clear the village of numerous enemies and bring the experience of a unique strategy game to your Android phone. There are different types of creatures and archers along with more than 25 fighters in the game that you can use in your battlefield and by gaining points , upgrade the power and abilities of your fighters and gradually increase your power. Give and build a strong team of heroes.

* Availability and possession of various artifacts and magic

* Play and adventure in three unique corners of the world

* Having excellent HD graphics with exciting and good sound

Braveland game is currently sold in the Android Market at a price of $ 2.74 and has a score of 4.4 out of 5.0 , which we provide to you today in Usroid with a data file. 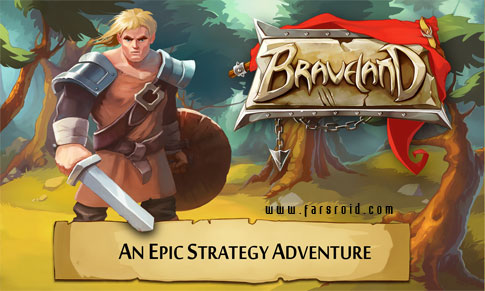 – Download the data file and decompress it. Com.tortugateam folder . Copy braveland.v2 to the Android / obb path. 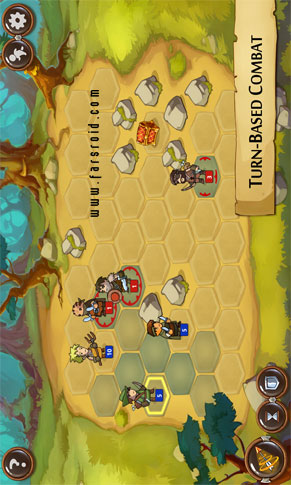 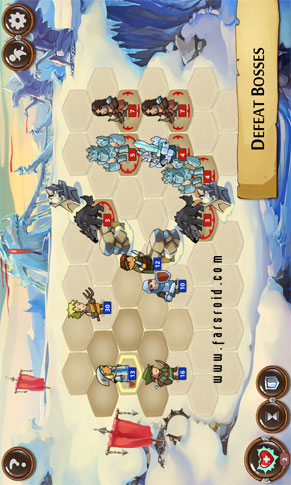 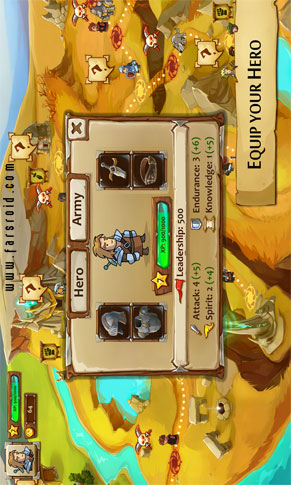 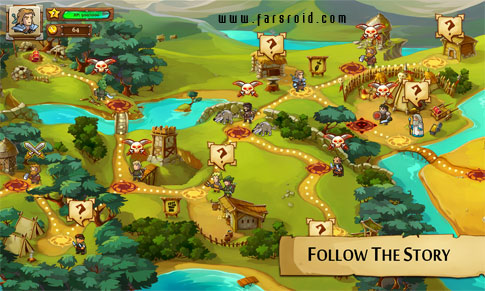