Card Wars Kingdom – The Kingdom of Card Wars is another work published by the American Cartoon Network, the creator of lasting and memorable works such as Soundtrack Attack , Ben 10: Up to Speed , Champions and Challengers , The Phantom Fable , Teeny Titans: Collect & Battle is. This game is another part of the Card Wars game seriesIt is considered and this time it has been released with new and unique features. Join us in introducing and reviewing the Card Wars Kingdom game on Usroid. In Card Wars Kingdom, this time we go beyond and travel to a competitive world. The main characters of this game series are also present in this version, but this time we see the presence of more characters and even new characters. In the Kingdom of Card Wars game, you have to lead a fighting team and compete with them face to face. The battles section of the game combines very well with the card style. Just like turn-based strategy games, you have to line up against the opponent with the cards and forces at your disposal and fight them with battle tactics. The forces that you can use are legendary and interesting creatures that have been designed with a humorous and timeless attitude to the Cartoon Network game series. These creatures are in a section called Creature Lab and you can collect them in the form of various cards and use them to create a team.

In Card Wars KingdomYou can upgrade your cards and upgrade their levels. But these forces must be led by a hero in battle. So you have to choose your hero from popular characters like Finn, Jake, BMO, Princess Bubblegum, Marceline, LSP and use the unique features of each in the best possible way. During the game, just like the creatures, you can discover and collect more and newer heroes. Game competitions can be done online in the form of PvP games for two. You can play this part with your friends online and have a lot of fun. Card Wars Kingdom also has an interesting section called special events for daily challenges in which you can participate in daily missions and earn special points and special cards by winning them. Card Wars Kingdom game is made with 3D and fantasy designs and its gameplay is smooth and lovely. Visual and audio effects play an important role during the game, and this game, just like other Cartoon Network works, has retained the special nature of this series. If you want to experience this interesting game, do not procrastinate and get the latest update tested right nowGet Usroid . The game has been downloaded more than 10 million times on Google Play to date and also managed to get a score of 4.5 out of 5.0 .

Note: The game can be run online and does not have a modded version, in other words, it will not be hacked.

– Download the data file and decompress it. Copy the com.turner.cardwars2 folder to the Android / obb path of the device’s internal storage. 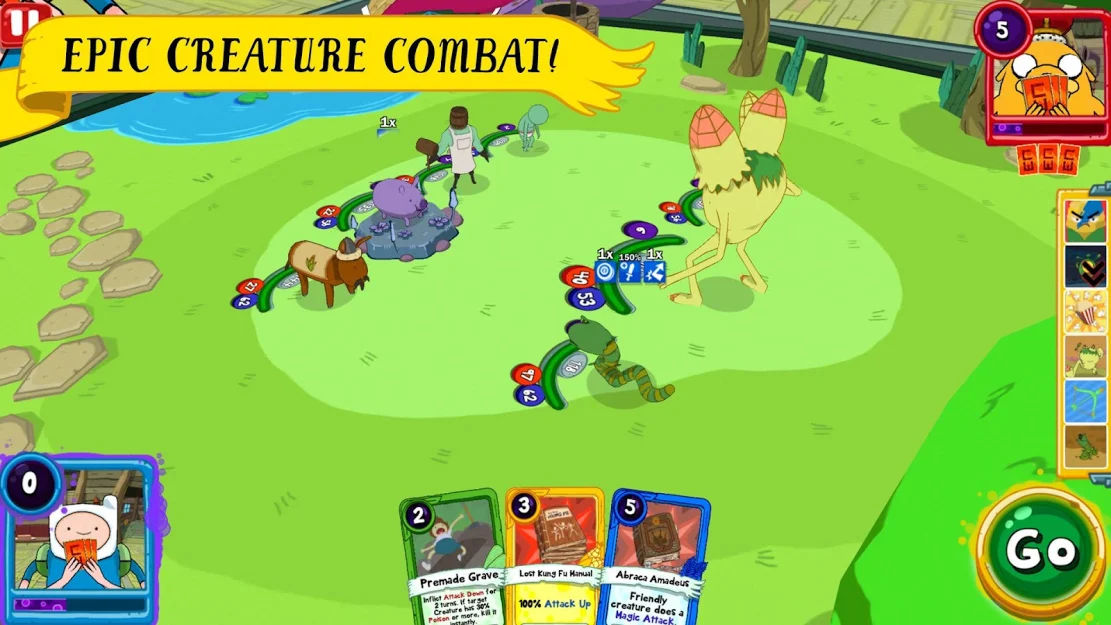 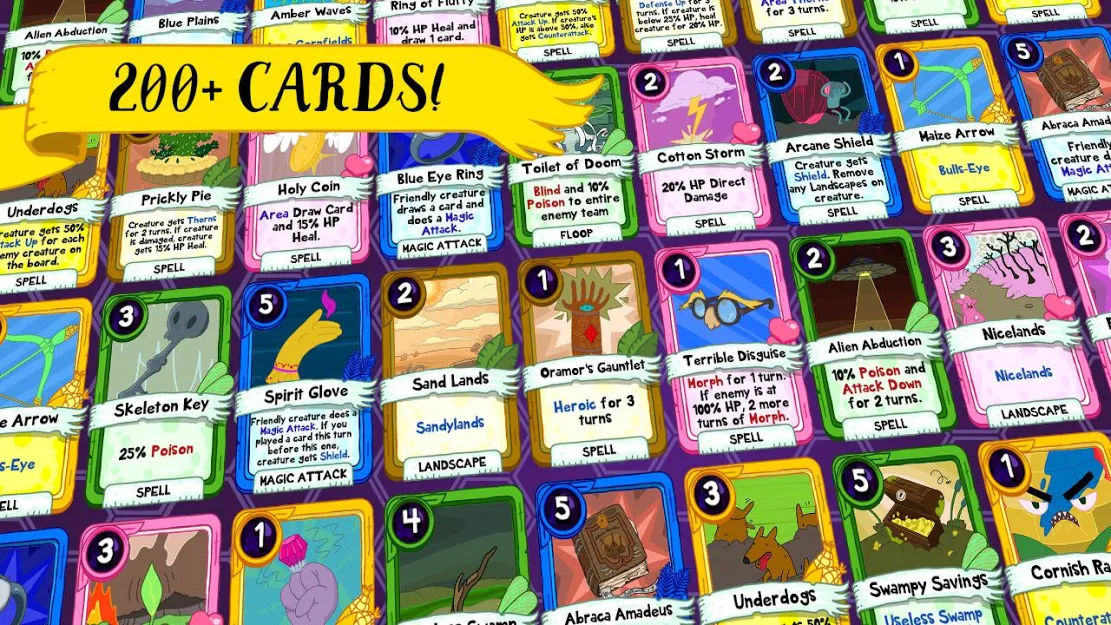 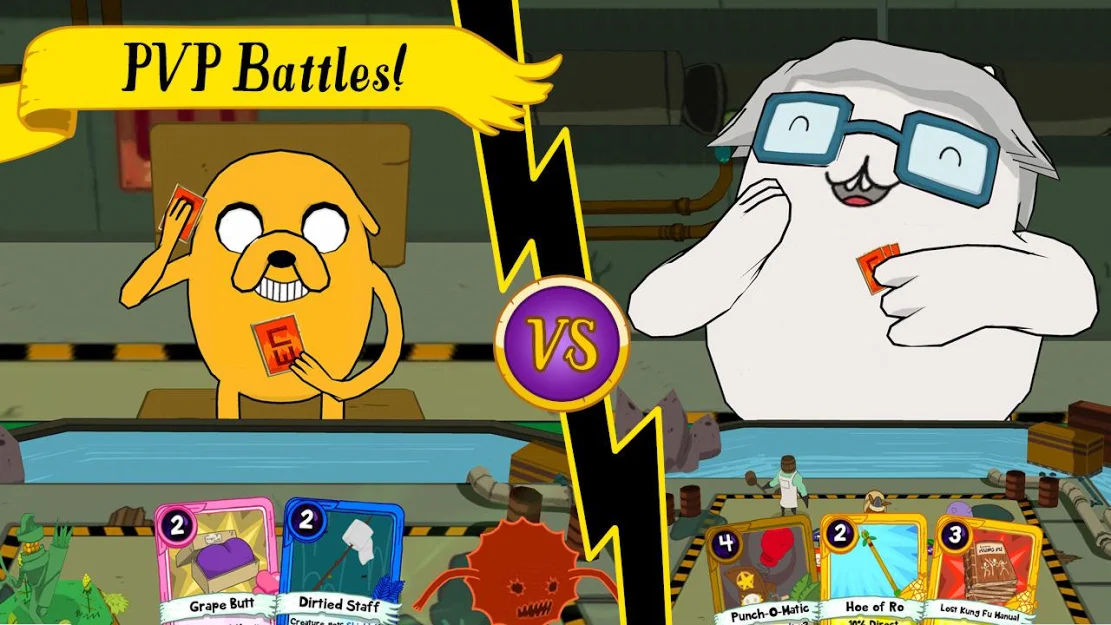 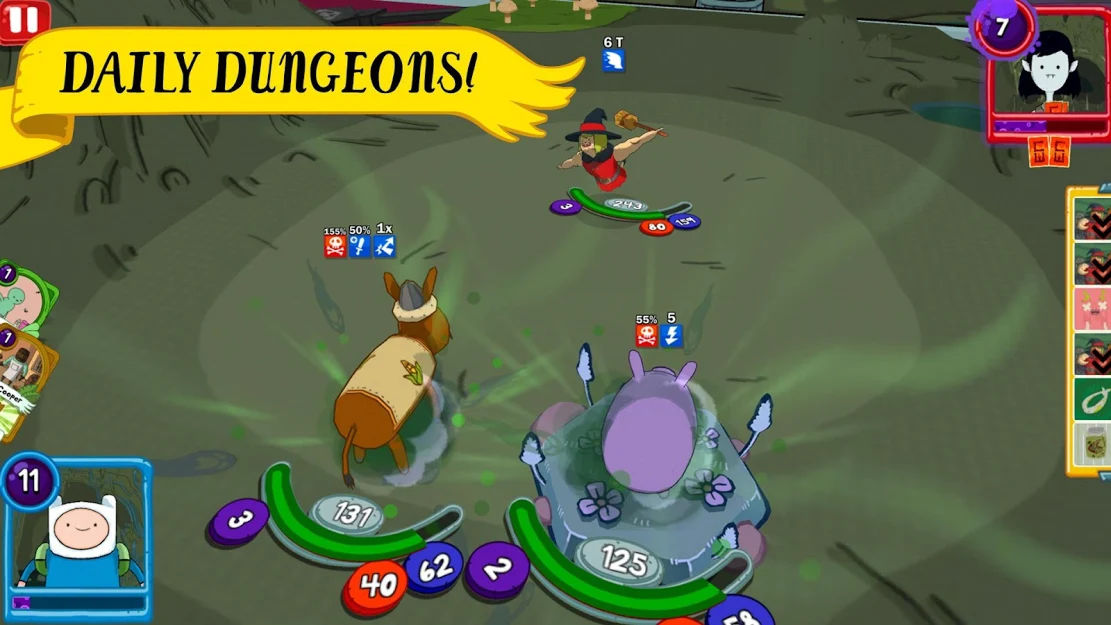 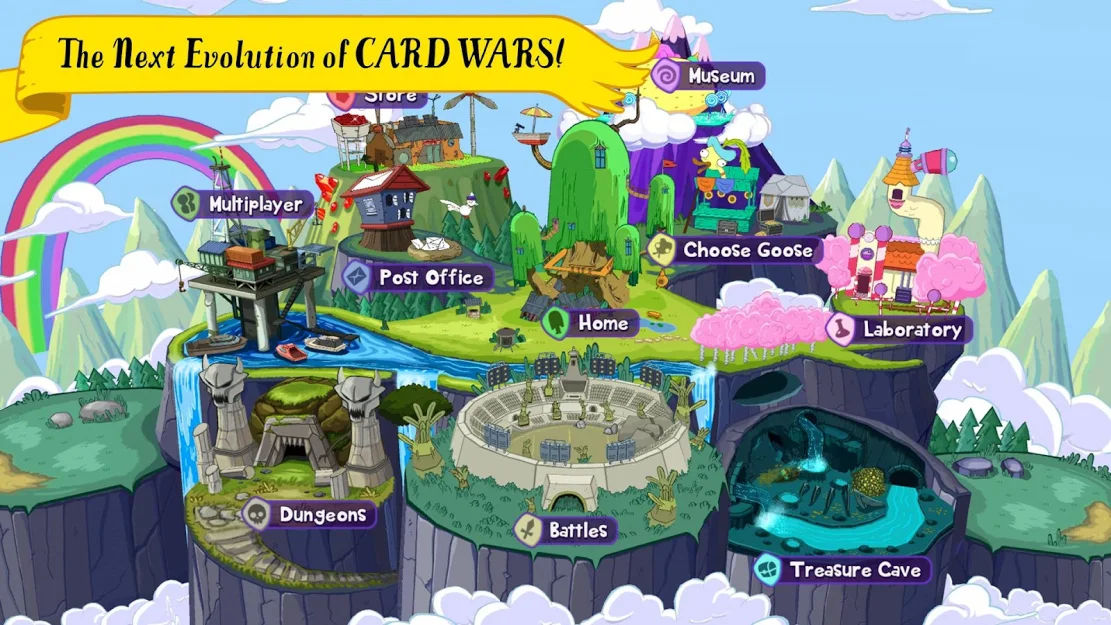