Cat Gunner: Super ForceReleased under the full name Cat Gunner: Super Force (Pixel Zombie Shooter) on Google Play, it is a fun action game with pixel designs and retro like classic arcade games. This game has been produced and developed by the Vietnamese studio 137studio and has been offered for free with the ability to pay and buy in-app for the Android operating system. Fighting cats game: Special Forces is actually a combination game in the style of Action RPG in which you have to go in the role of a group of heroic and fighting cats to the role of other cats that have turned into wild and dangerous zombies and the planet Clean the cats from their presence! Your enemies are giant zombies that will attack you without the slightest fear. You have to play the role of professional defenders with the help of your deadly weapons to prevent them from moving and penetrating and destroy them by shooting at the zombies. In the game CatGunner : Super Force You can use a variety of cat characters and heroes in your team to win the battle with the zombies. You can also deal with enemies with the help of ancillary items such as various weapons and defenses, or using special tools such as the T-REX dinosaur or devices such as hoverboards, motorcycles, jet packs, and more. To hire these cats, you have to go through the steps successfully and collect money to buy better characters to add them to the special forces group.

In Cat Gunner: Super ForceThere is also a convenient system for upgrading heroes through which you can upgrade the game characters and increase their levels. This makes them stronger, better equipped and more professional. In addition to heroes, you can also buy and upgrade a large collection of various weapons. From ordinary weapons to special weapons such as firearms, lasers and… in this game, each of which has its own interesting and special features. One of the most fascinating and exciting parts of Cat Gunner: Super Force is the part about fighting and confronting bosses. At the end of some stages you have to defeat and destroy the big and powerful zombies. Dealing with these dangerous creatures will be an interesting and fun challenge for you. This game has 3 different modes. The game’s pixel graphics will remind you of classic games.Get Usroid . The game has been downloaded more than 1 million times on Google Play with a very good score of 4.7 out of 5.0 to date. 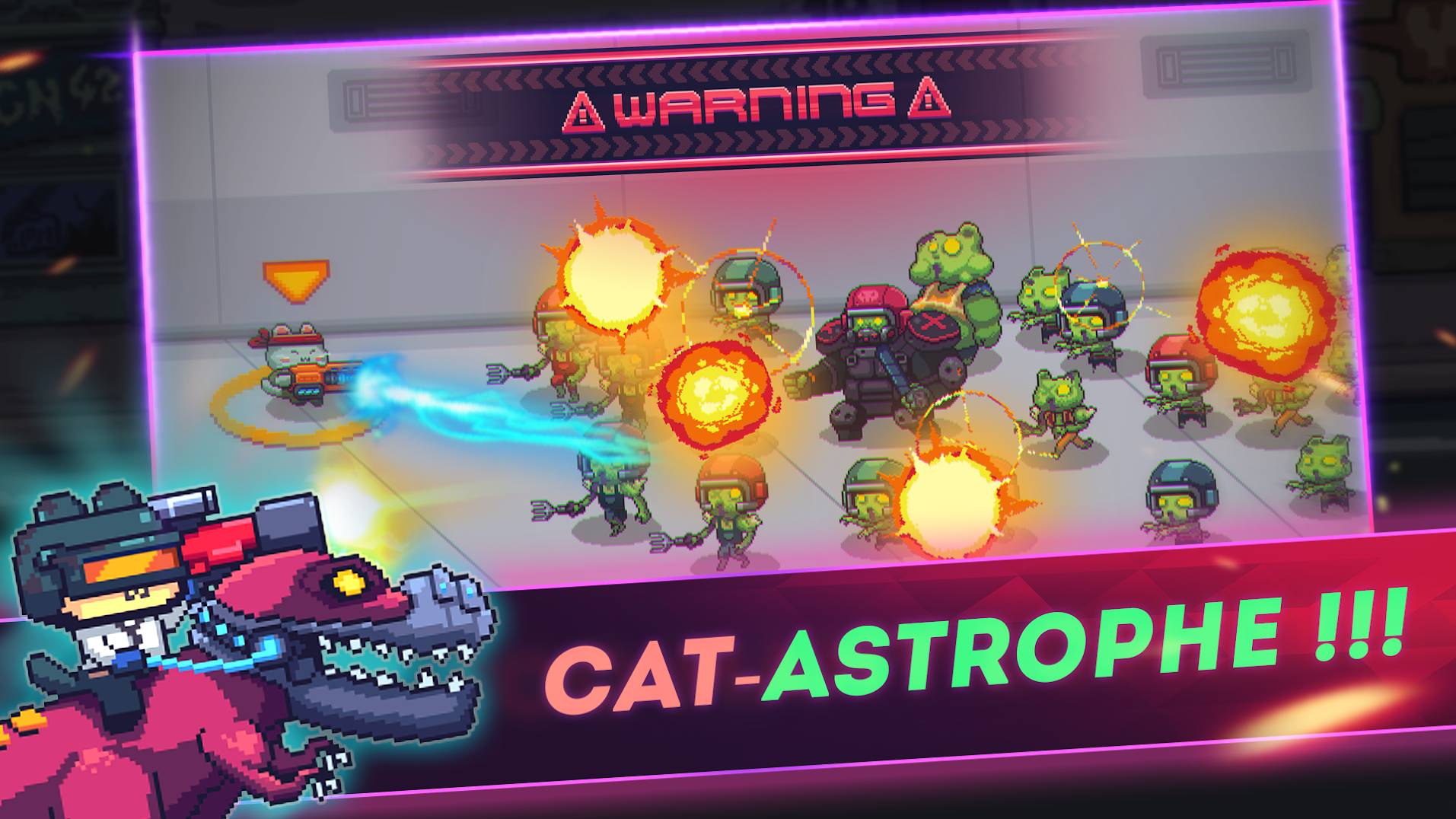 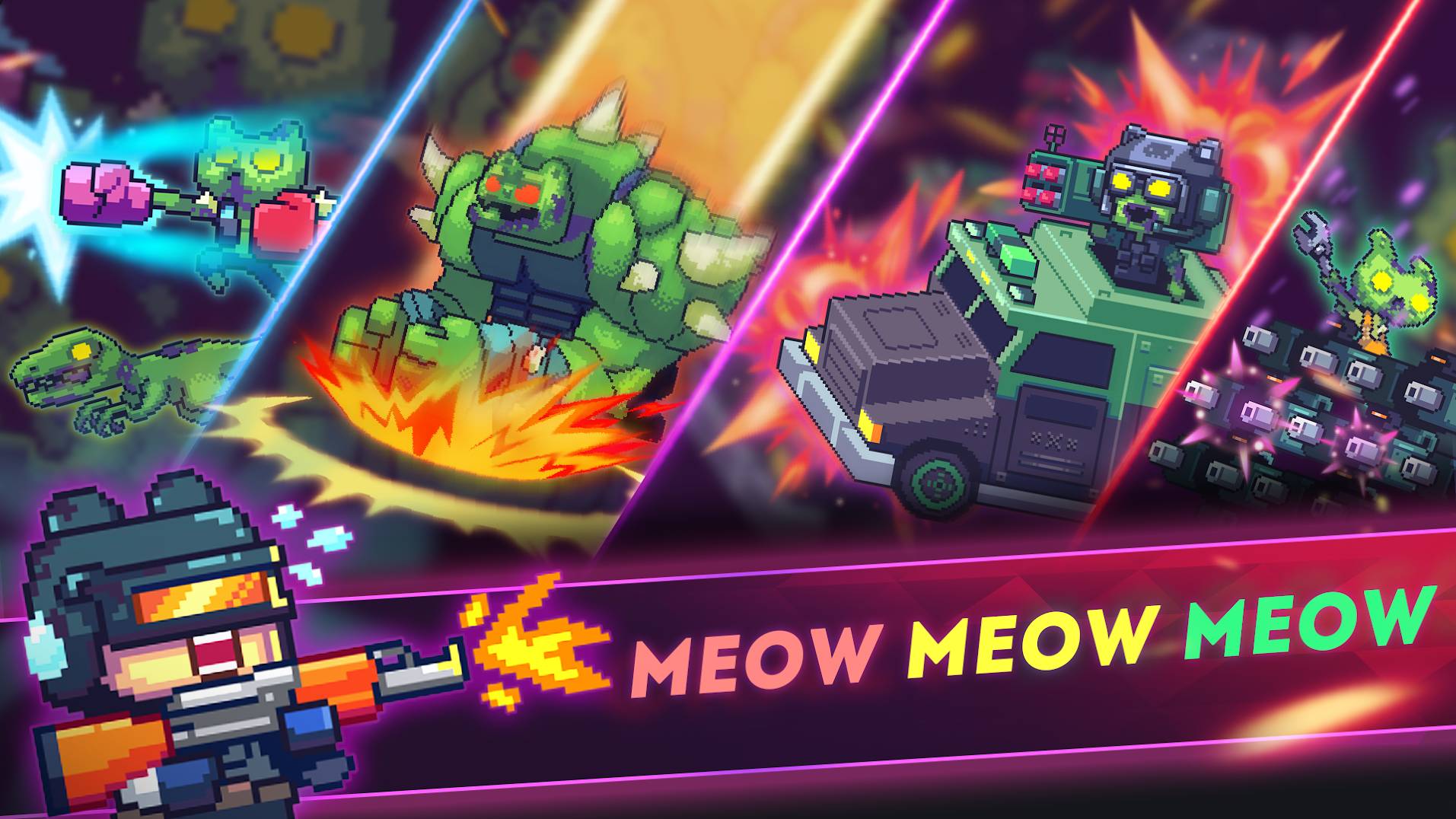 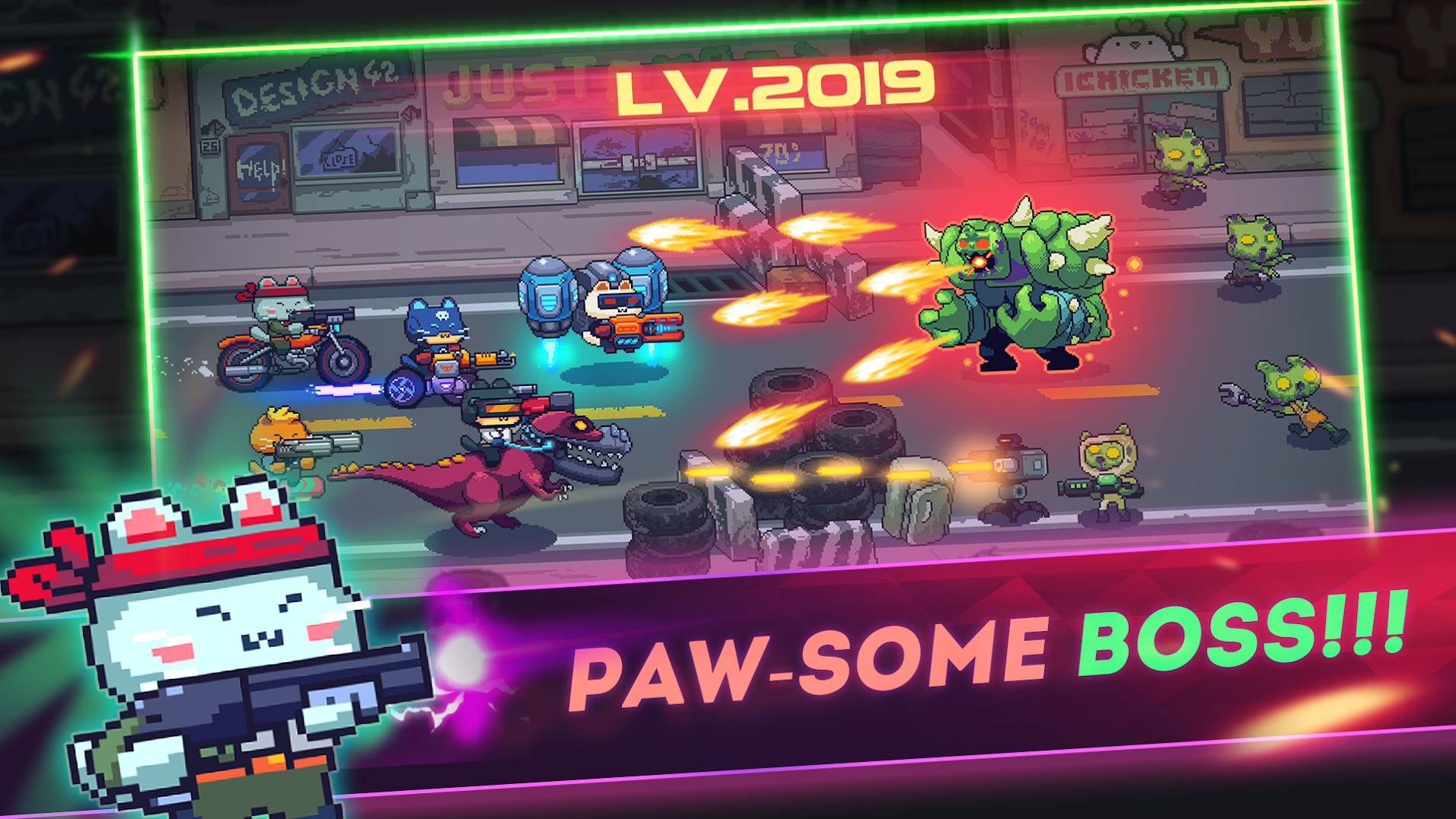