Civil War: 1865 v3.0.0 – Attractive strategy game “Civil War 1865” for Android + Data
The full and purchased version of the game for $ 4.99 Dedicated to you dear ones
tested with offline performance

Civil War: 1865 – Civil War 1865 is another title in the Civil War game series of HexWar Games Ltd, which is ready for you dear ones after the other two famous games in this series, namely Civil War: Gettysburg and Civil War: Bull Run 1861 . And as the first Iranian websiteWe have provided the latest update of the purchased version for free download. While the two games mentioned are related to the sporadic battles of the American Civil War, Civil War: 1865 is actually a complete version and an interesting remake of the main part of this great war, in which the end of the American Civil War and the passage of the Elimination Act Slavery is examined. With these interpretations, it should be said that Civil War: 1865 is a full version of this series and has a richer story content and includes more and more important adventures than the other two games in this series. This game was first developed in April 2017, and at that time we were only available for PC through the storeWas put up for sale. Two years later, with the release of ported versions of HexWar games, Civil War: 1865 was rebuilt and released for Android for $ 4.99. The remastered mobile version of this game has exactly the same features and designs as the original version, and in this regard, congratulations to the game developers. This means that players can now experience the same lovable and popular gameplay this time on their Android phone or tablet.

In Civil War: 1865You have to go to successive wars and battles between the two parties of the American National Confederation and the National Unity Group and, in the role of the commanders of these two parties, turn the battle towards your own interests. In this game, more than 10 real and historical battles have been reconstructed and their events are reflected in these battles. At the beginning of the game, you can follow 7 educational steps to get acquainted with the whole game and get information from the story section of the game. After that, you can enter the main section and follow different campaigns in more than 10 different stages. One of the attractions of Civil War: 1865 is the professional reconstruction of the forces and armies of that time. You can have different forces, including generals, or go to the enemies with rifle soldiers and more interestingly with your artillery! There are a total of 8 main forces in this game. In addition to the main stages, you can also follow the sub-stages and points. Civil War: 1865 is a purely tactical title, and to do it right you must have strong strategic powers. Your war decisions play a very important role in the overall game process, and your small mistakes can easily lead to the defeat and destruction of your forces. So only if a gamer loves the style of strategy games, this game can be attractive to you. Civil War: 1865 Tested and purchased now on serversUsroid is available for free download.

– Download the data file and decompress it. Copy the com.hexwar.civilwar1865 folder to the Android / obb internal storage of the device. 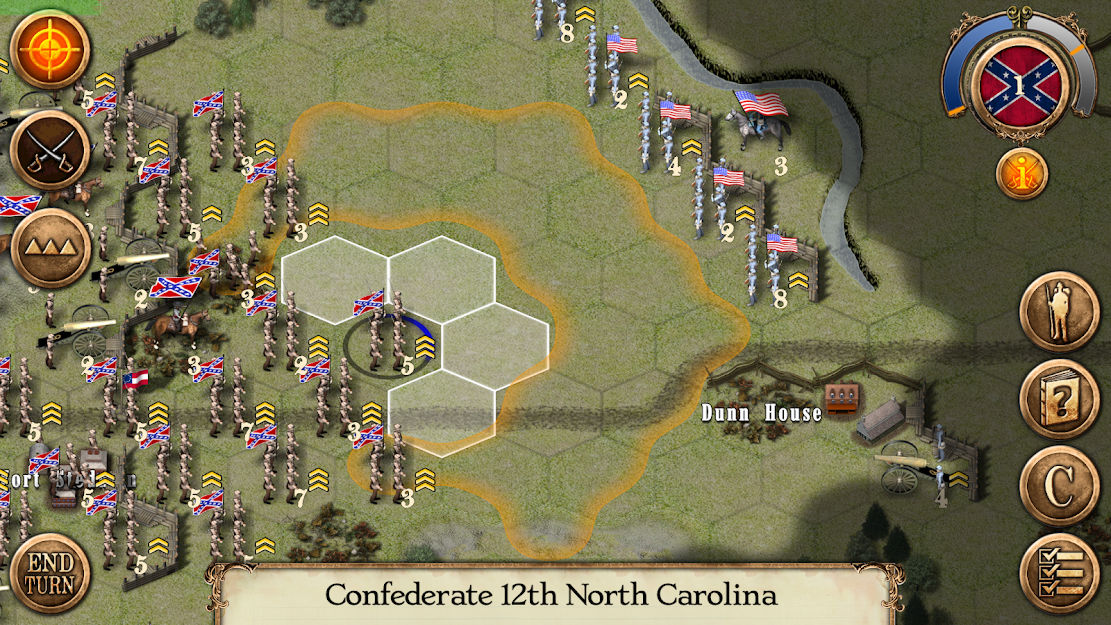 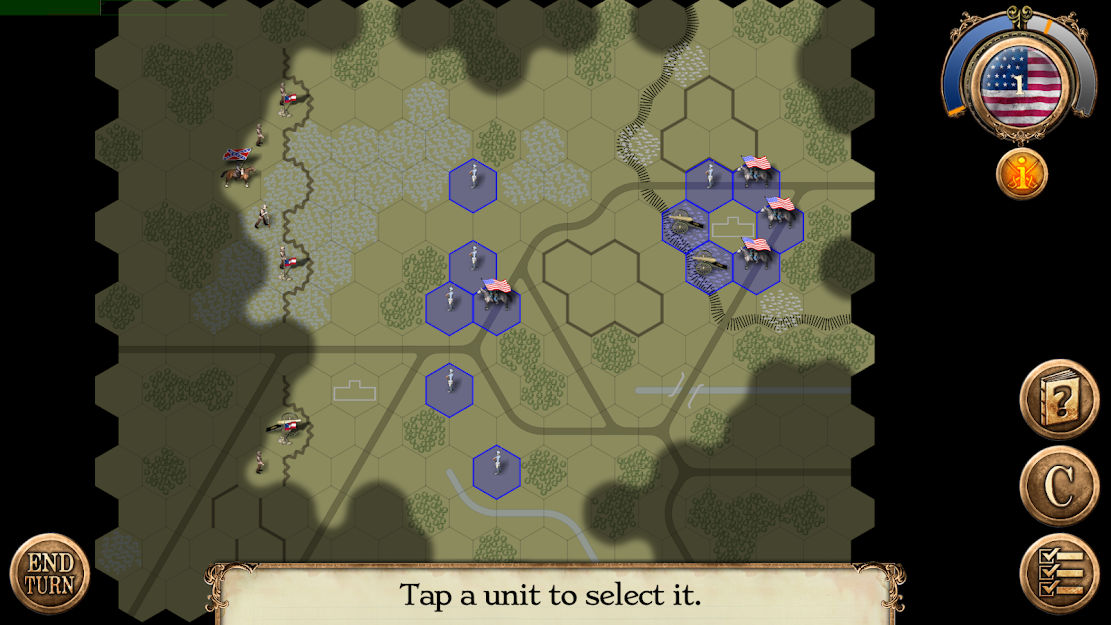 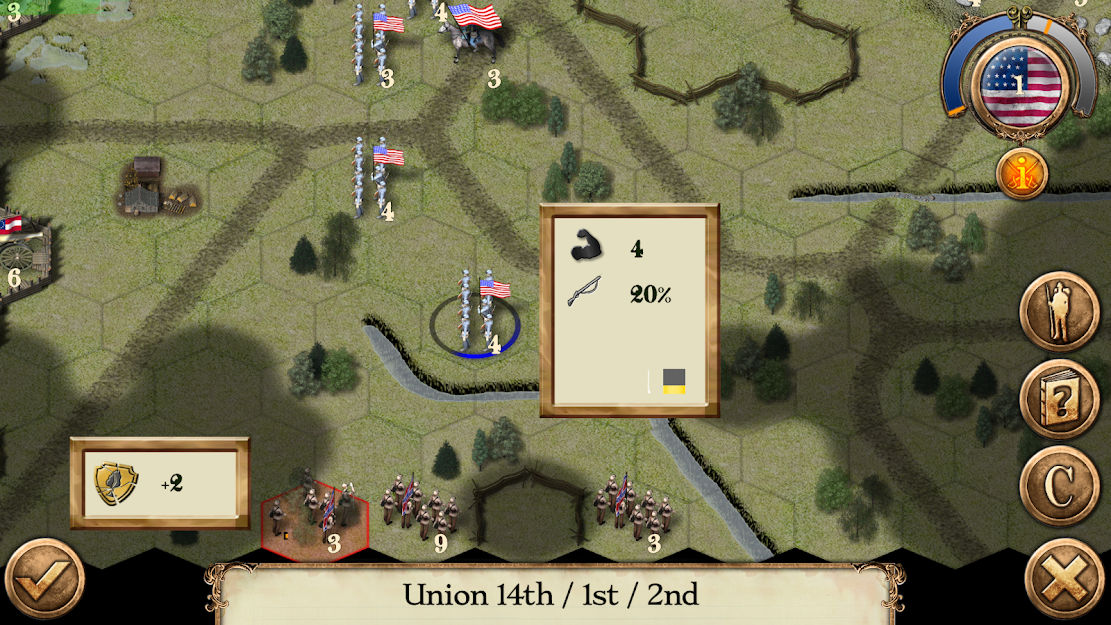 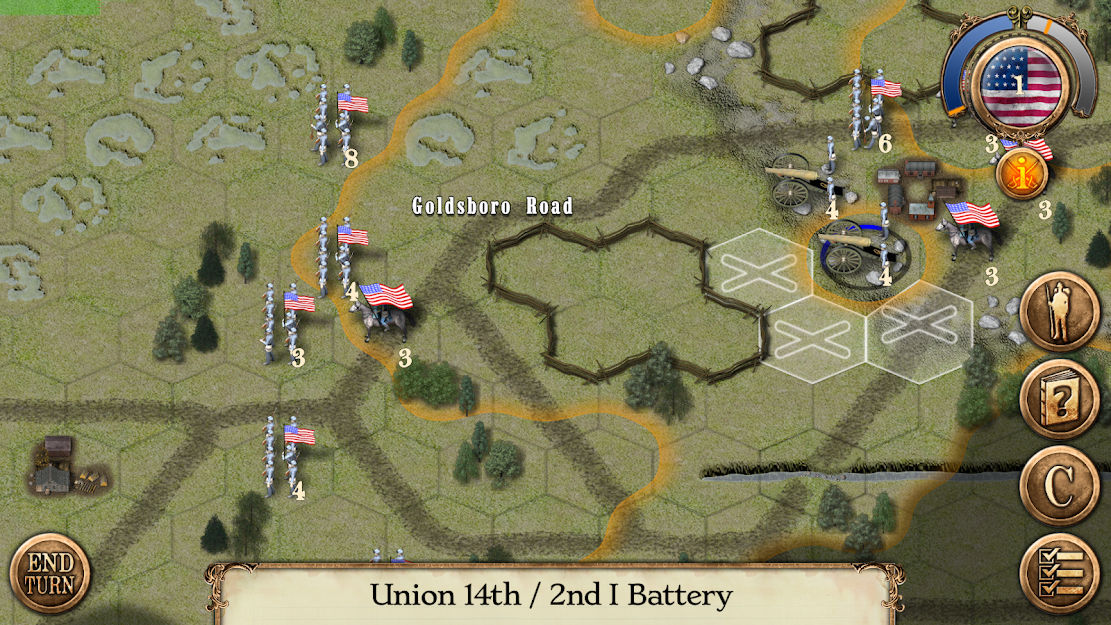 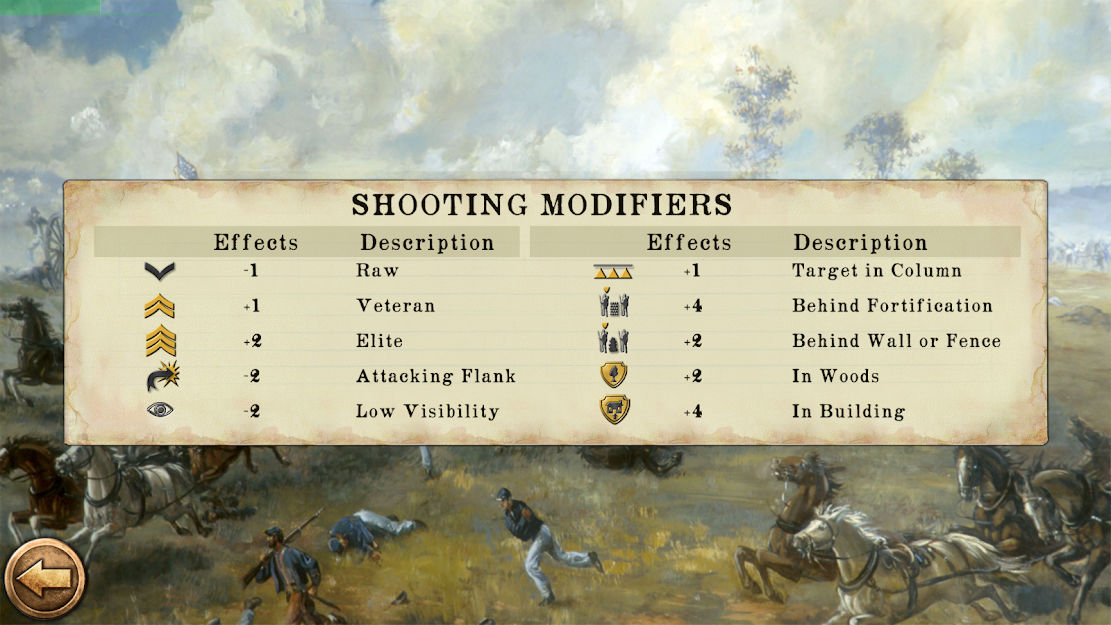