We all have a number of apps and games on our phone that we use at different times to entertain and do different things. Some of these programs, such as messengers and social networking programs, are much more widely used than other programs, and we use them for both personal and work-related matters. Many people use two mobile phones to avoid interference between work and personal affairs, as it is usually not possible to install multiple identical versions of the same program at the same time. We are at your service today to make such a thing possible. Clone Space – Multiple accounts & App parallelTitle is an application for installing multiple applications on the phone, for the Android operating system, developed by techpolarseaco and published for free on Google Play. This program uses a new generation of virtualization engines, which enables it to easily clone a variety of programs and games and install multiple versions of the same program on the phone without interfering with each other. To be. For example, using this program, you can install WhatsApp, Telegram or games such as Clash of Clans on your phone several times and use a separate account on each of them. The data and files of different versions are stored separately, and by deleting one version, the other versions will not change, and deleting the information of one version will not change the information of other programs. The program is very simple and easy; Just select the program you want to clone and start the cloning process with the push of a button. The desired application is added to the application menu of your phone as a standalone application and you can use it like a normal application.

Clone Space app – Multiple accounts & App parallel is  a great tool with high speed and stability that can be used to separate personal affairs from your work affairs and allocate a different space for each. This application, with the satisfaction of Android users, was able to receive a score of 4.1 out of 5.0 from Google Play users. Now you can download the premium version of this program with all the features and capabilities from Usroid for free. 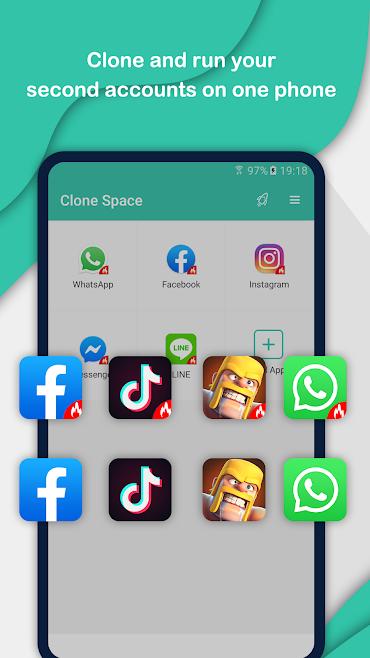 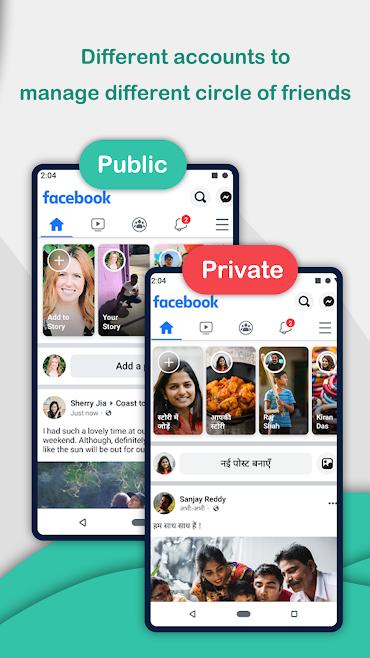 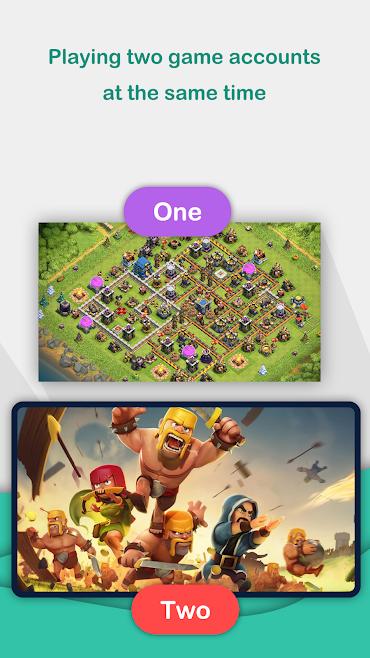 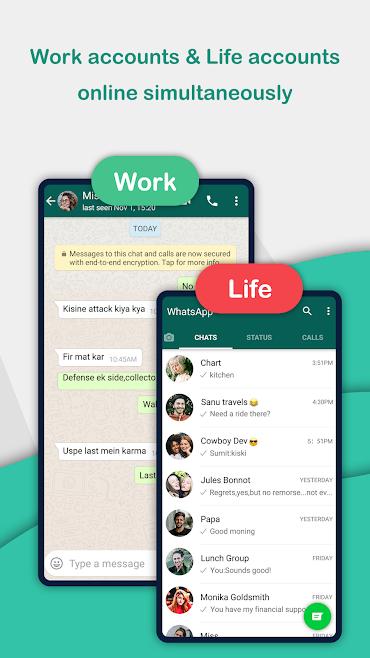