Clubhouse: Drop-in audio chat 1.0.4 – Clubhouse Android social network application
The original and official version of the program presented to you dear ones

Clubhouse: Drop-in audio chat Clubhouse is the title of a social network based on voice conversations published by By Alpha Exploration Co on Google Play. There has been a lot of talk recently about a new social network; A special social media that has even been able to attract the attention of Ilan Mask. Of course, this attraction of the great giant of the technology world became the main reason for the rapid popularity of this social network among the people. Club House was first released in March 2020. The developers of this social network are Paul Davidson and Rohan Seth, who never imagined they could compete with the largest social networks in the world. Clubhouse had only 1,500 users in May 2020 and was worth $ 100 million. But in recent months, when Ilan Musk was the guest of a live chat on the social network, the Clubhouse became more and more controversial and caused a great deal of controversy. Since February 1, 2021, Club House has more than 2 million users and is added to these users day by day. Although we have to point out that the initial glow of using it has dropped, users are still great at using this social media. Anyway, as you know, Club House was first released for iOS, but now we are going to make the official Android version available to you dear ones.

Clubhouse: Drop-in audio chat An emerging social network with a variety of features

As we mentioned in the above description, one of the main reasons for the success of Club House is its special communication method. Users are constantly looking for new changes and features, and anything catches their eye. Club House with its wonderful communication system was able to attract the attention of millions of people in the shortest possible time. Voice-based communication is what excites users. In Clubhouse chat rooms, no text is exchanged between users and only voices are heard. Club House conversations are just like listening to a podcast; A live podcast; But with the difference that you can also participate in the conversations of this podcast. Some people may know how this social media works like Twitch; But we must point out that in the clubhouse, after the closing of the chat rooms, there will be no trace left in these conversations. This is why many companies even use club houses to hold various conferences and meetings.

When joining the Clubhouse social network, you must first choose your interests. Careful selection of these interests will help you to have better offers to join different rooms when using this startup. Normally, whenever you run this social network, you will be presented with a list of different chat rooms; These rooms are constantly changing. Contrary to what you may think, by entering each chat room you will not be able to participate in discussions quickly, but it is the managers of each group who can allow you to speak and comment. Like other social networks such as Instagram, you can follow other users or send them invitations to join the room created by you!

How to join a club house

One of the most controversial issues with Clubhouse is how to join. Unlike other social networks that we use on a daily basis, joining the Android Club House is by no means easy. In a way, to join this social network, you must first receive a special invitation from one of the users so that you can finally join the group of users. When you register and on your personal page, a fireworks display will be displayed, which is a sign that you are a newcomer to the clubhouse. In addition, Clubhouse was originally released only for iOS, which many critics called a kind of luxury! However, if you want to know our personal opinion, this was a special policy, because the Android version was released exactly at the time when Club House users were falling, and there were many reports about it.

Application Clubhouse: Drop-in audio chat based on their specific features and the ability to communicate between users of smart devices only in the early hours of its release for the Android OS was able to attract the attention of thousands. You can now download the latest original and official version of Club House from the high-speed servers of Usroid website .

* We may see the filtering of this messenger in the coming days and as a result we will receive a warning from the filtering headquarters regarding its removal and we will have to remove it and we apologize to you in advance for this issue
* Original / official version of this messenger It has been a few hours since it was released on Google Play by Club Hoss and Usroid has quickly introduced and released it ! Previously, fake versions of it were offered by various sites and channels for visitors without considering the security of users, which had no strong support and security behind it, and were made and released by an ordinary person, but this version We are witnessing its release in Usroid is the original and official version of the program! 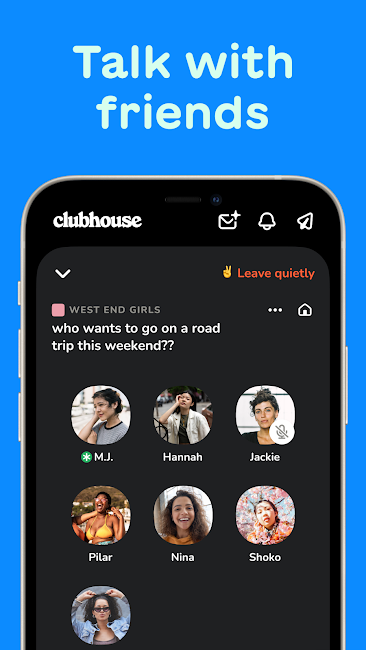 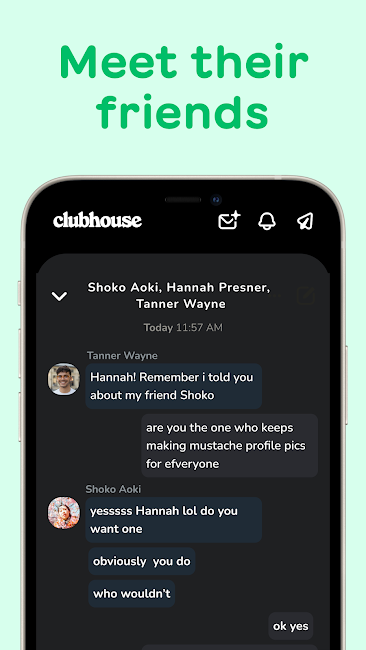 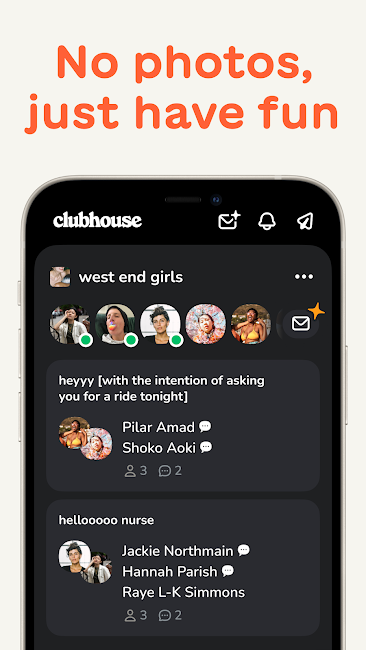 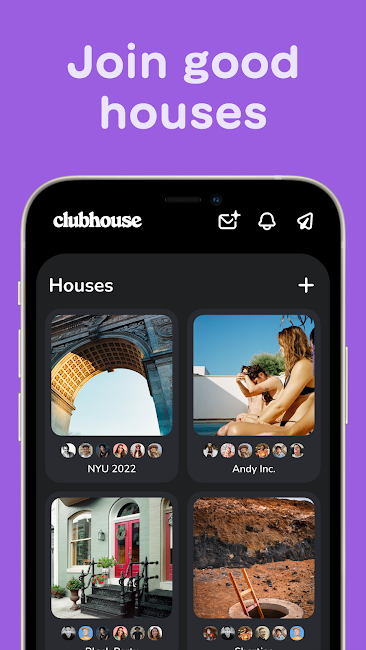 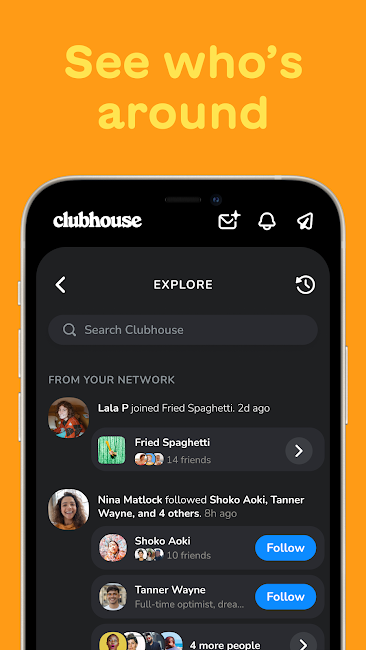 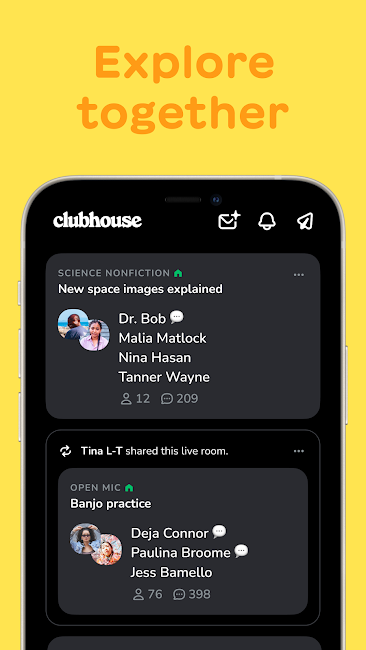 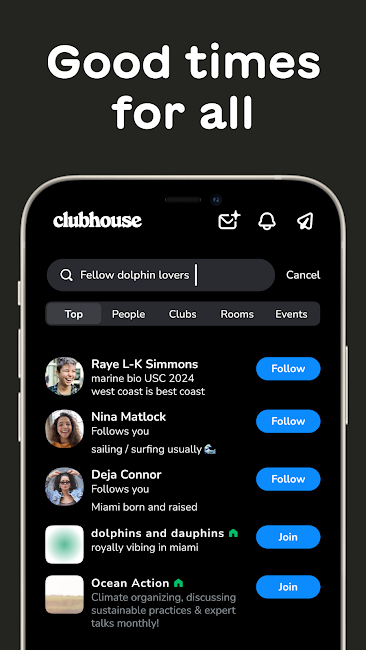