Commands & Colors: The Great War v1.9.45 – $ 10 strategy game of the Great War of Android with data
priced at $ 10 – The first purchased version in Iran, presented to you dear ones,
offline performance without the need for the Internet

Commands & Colors: The Great War Game New super awesome design in the style of strategy games and the Board of studio HexWar Games for Android that time ago with $ 10 in large supermarket Google released again as always decided to For the first time in IranIntroduce it to you, lovers of strategy games, and make you happy once again! HexWar Games has partnered with Plastic Soldier Company to introduce the digital version of the fantastic game Commands & Colors: The Great War! This game allows players to play important roles throughout the history of World War I; Wars focus on the historical deployment of forces and the characteristics of the lands to make war more important on a different scale! The scale of the game is flexible and varies from war to war; For some scenarios, several infantry units may represent a larger war, while in other scenarios one unit may represent only a few brave soldiers overhead; The command system controls the movement, creates a “fog of war” and provides players with many interesting opportunities! 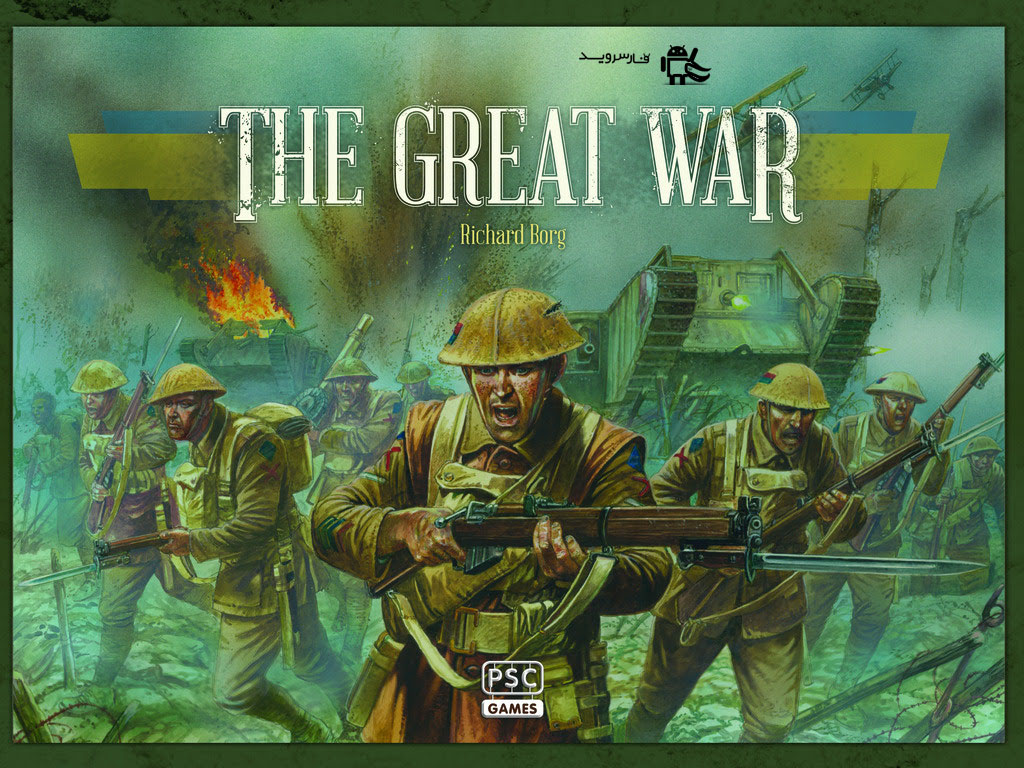 Game Commands & Colors: The Great War any retail display and by downloading it from Usroid , the first global users will not experience it. The general features of the game can be such as including 15 different scenarios; More than 50 unique combat cards and commands to simulate tactical and strategic options; Strategy choices using glasses, trenches, rifles and bombers; Play as German, English or Canadian warriors; HD graphics with exciting sound; He mentioned the good design of the animators and the excellent production in general. You can first view images of the gameplay and, if desired, download the purchased version along with the data from the site’s high-speed servers.

– Download the data file and decompress it. Com.hexwar folder . Copy thegreatwar to the Android / obb path of the internal storage. 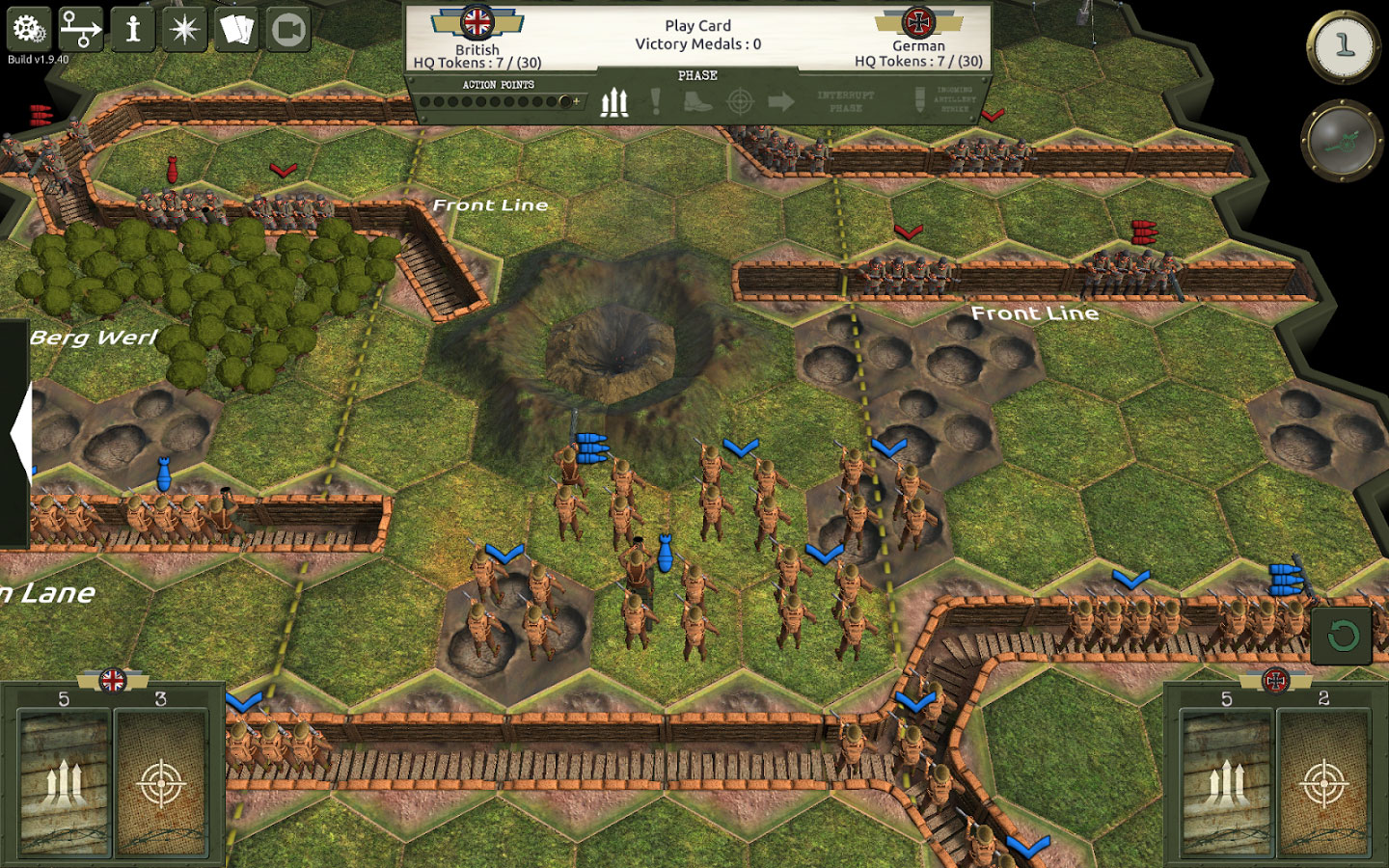 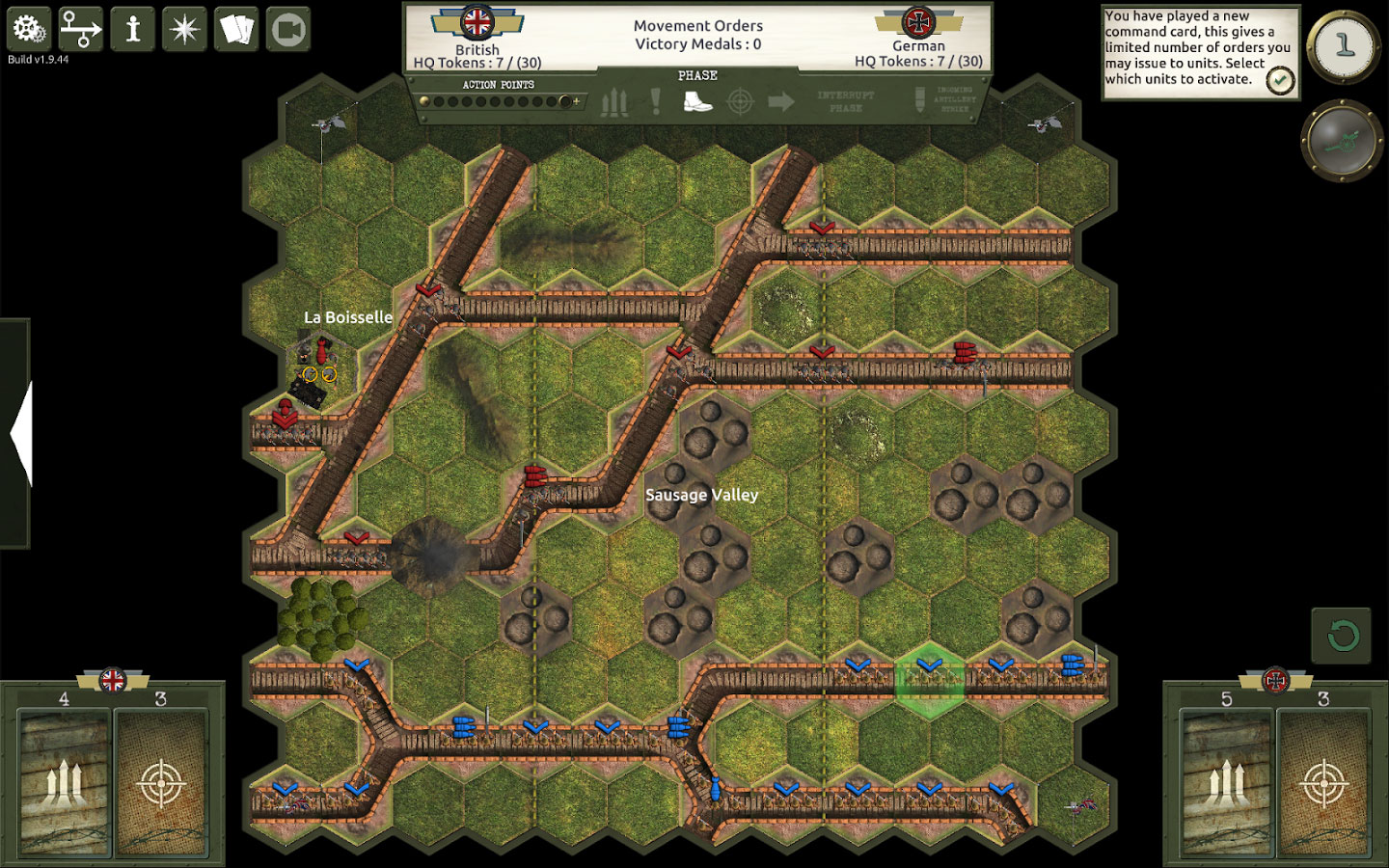 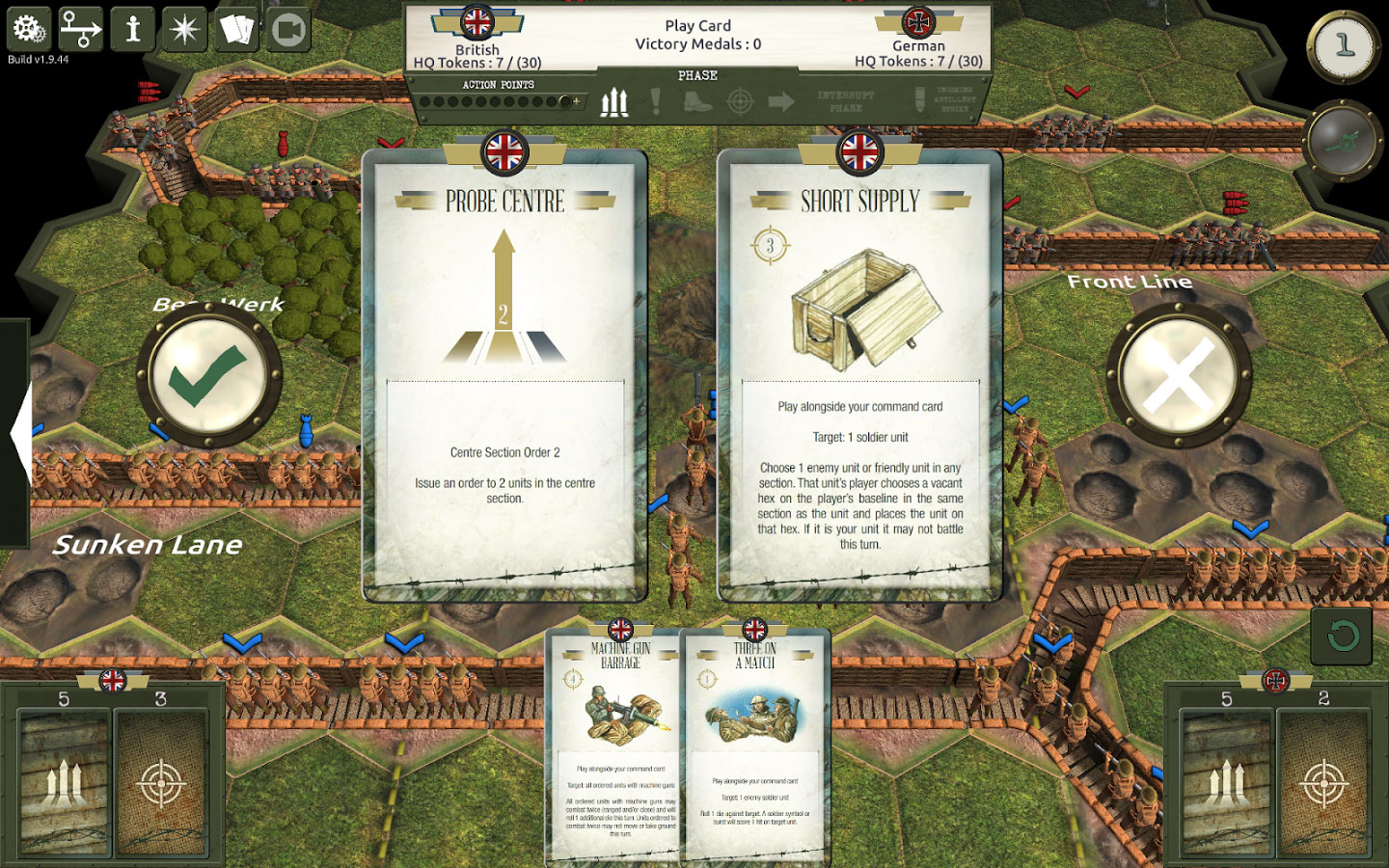 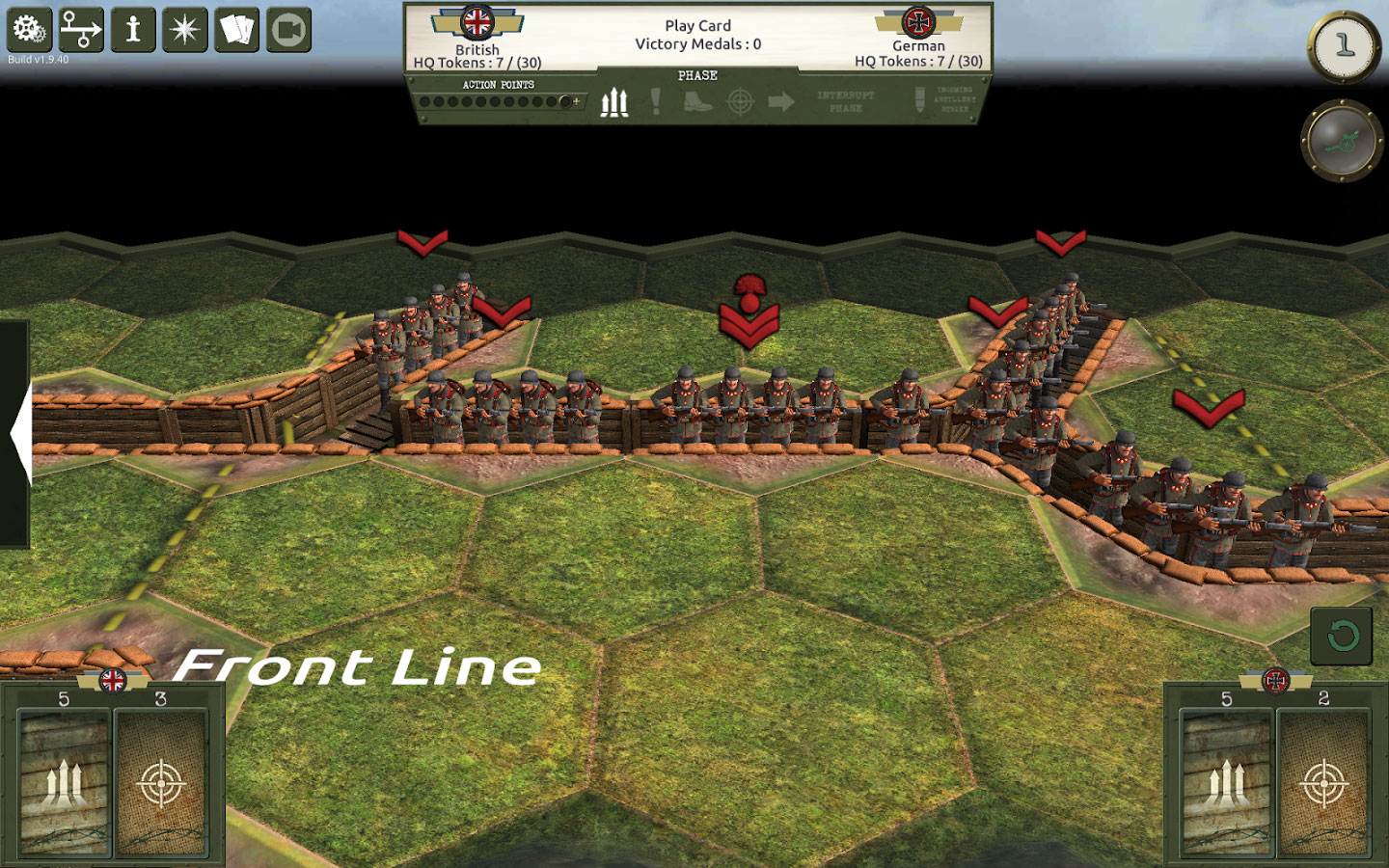 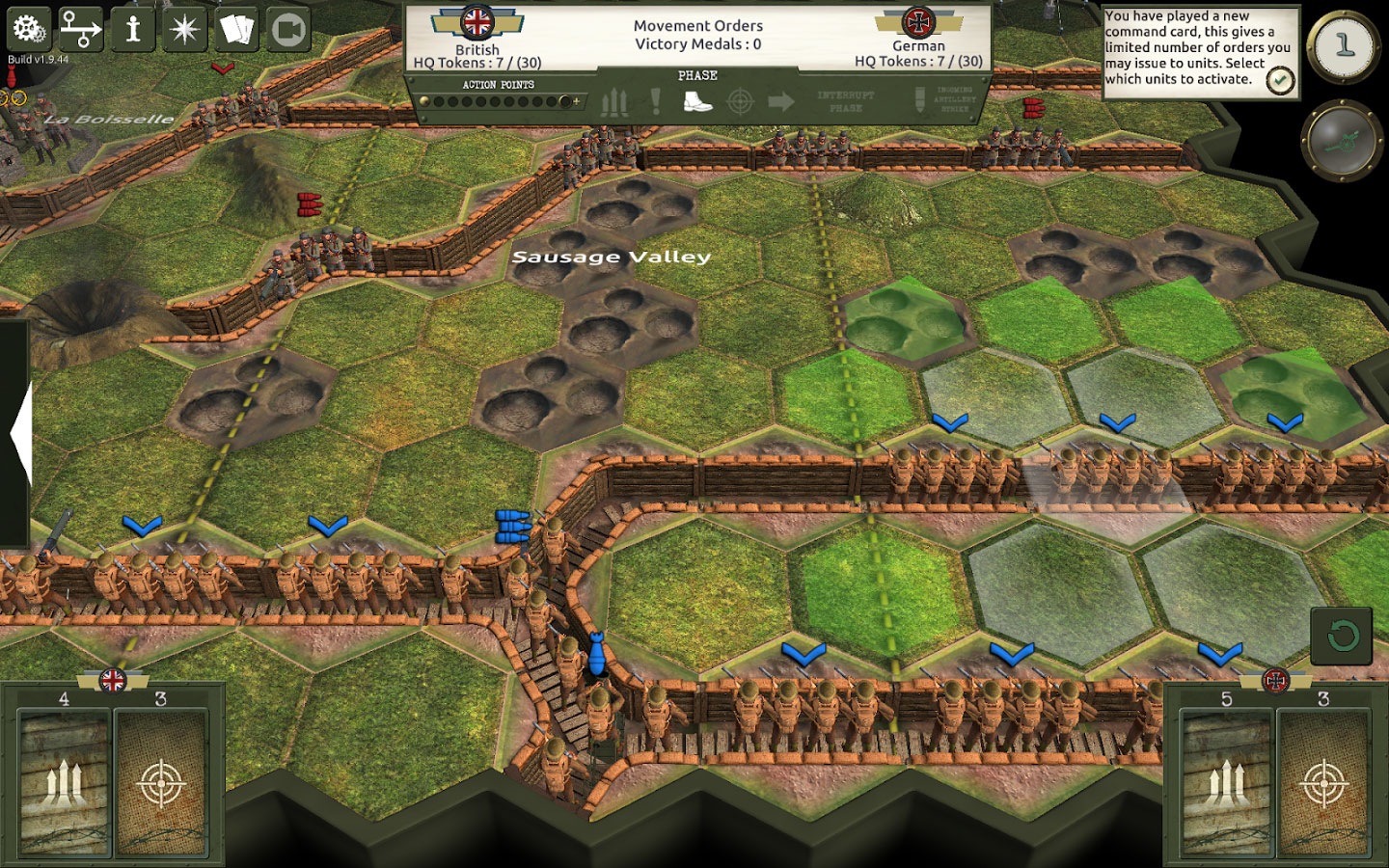