Cooking Crush – Cooking Games – The fifth official game of the Canadian studio FlowMotion Entertainment in the category of arcade games, but it is a type of restaurant and cooking style games. FlowMotion Entertainment has previously released similar games such as Food Court Fever: Hamburger 3 and Kitchen Craze: Master Chef Cooking Game. This time, we decided to be the first Iranian website on the web to introduce and offer another game for you dear ones, and to provide you with the latest version along with a modded version for free. FlowMotion Studio has dedicated 4 titles from its first 5 games in the style of cooking, management and restaurant games, and its fifth project is in the same style. Cooking Crush – Cooking Games is known as an evolved game by using the strengths and eliminating some of the weaknesses of previous games. Although the general appearance and trend of this game is like other games in this studio, but in the heart of the story, we see the addition of new features and more stages. But in general, it should be said that cooking crash game is not a very different game from famous games in this field. Stay tuned to Usroid to get more acquainted with the general features of this game.

Cooking Crush – Cooking Games as its name suggests is a cooking game. In this game you are in the role of a chef who started his career from a simple restaurant. In the beginning, your facilities and equipment are limited and the recipes that can be provided to customers are very few. With more progress and income from this work, you can gradually upgrade your restaurant and cooking equipment and get even more recipes. Among the attractions of Cooking Crush – Cooking Games is the possibility of traveling to different places and setting up other restaurants. Each restaurant has a unique style and serves a specific type of food. This means that in Cooking Crush – Cooking Games you will have an adventurous and exciting journey of recipes and a variety of delicious dishes. Like all similar games, in Crash cooking you have to manage time. As soon as each step starts, customers enter the restaurant and show you their order. Next to the customer order photo, a green line can be seen that the longer the order is received, the more empty this line becomes. The shorter the line, the less points and money you get from that customer. Therefore, you should know that the main criterion for gaining more points in Cooking Crush – Cooking Games is the speed of fast action and multi-purpose order management. Colorful graphics and cartoon designs of the game can be appealing to anyone with any taste. So, if you are looking for a fun and entertaining game, but challenging and exciting in its own way, download Cooking Crush – Cooking Games from Usroid and have fun for a long time. 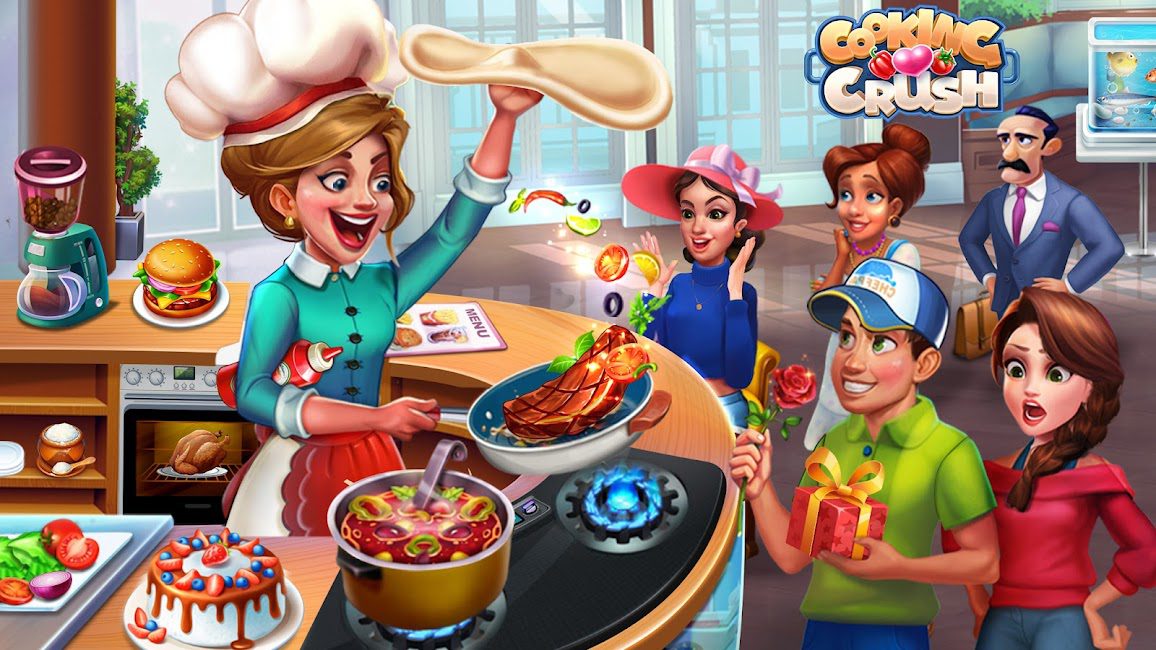 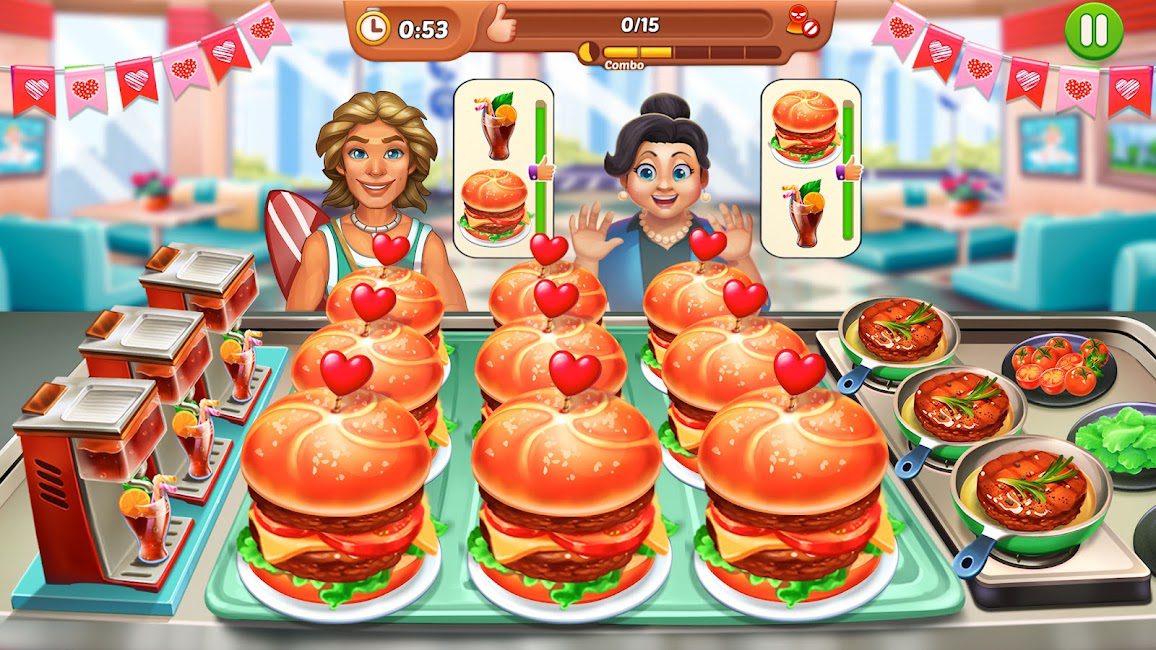 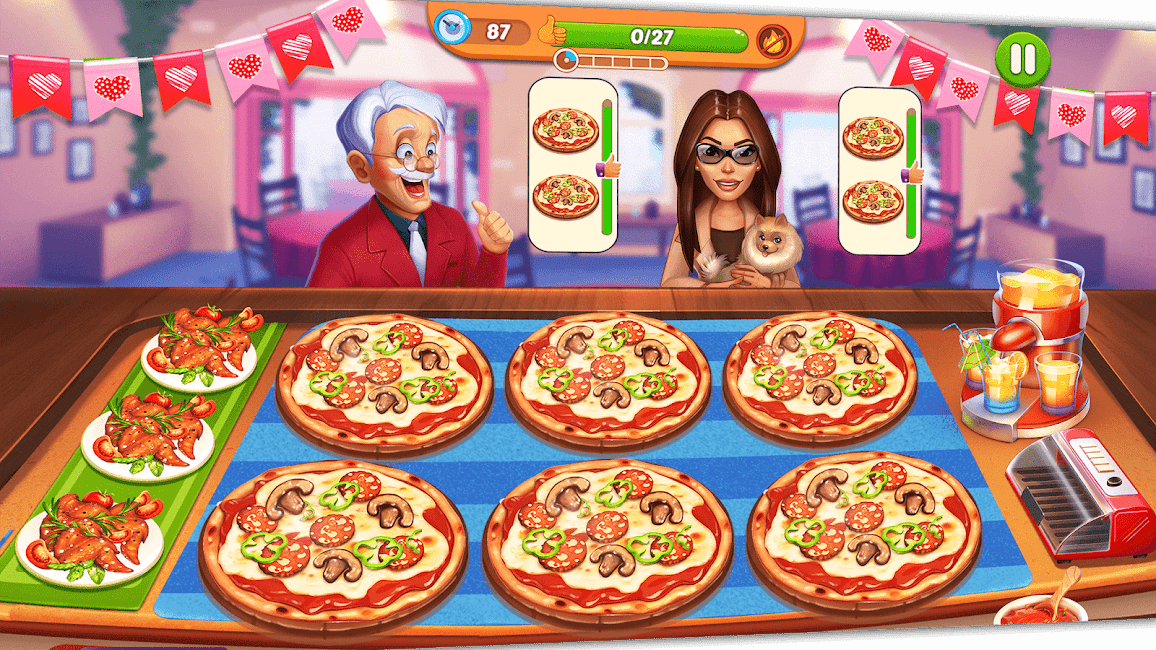 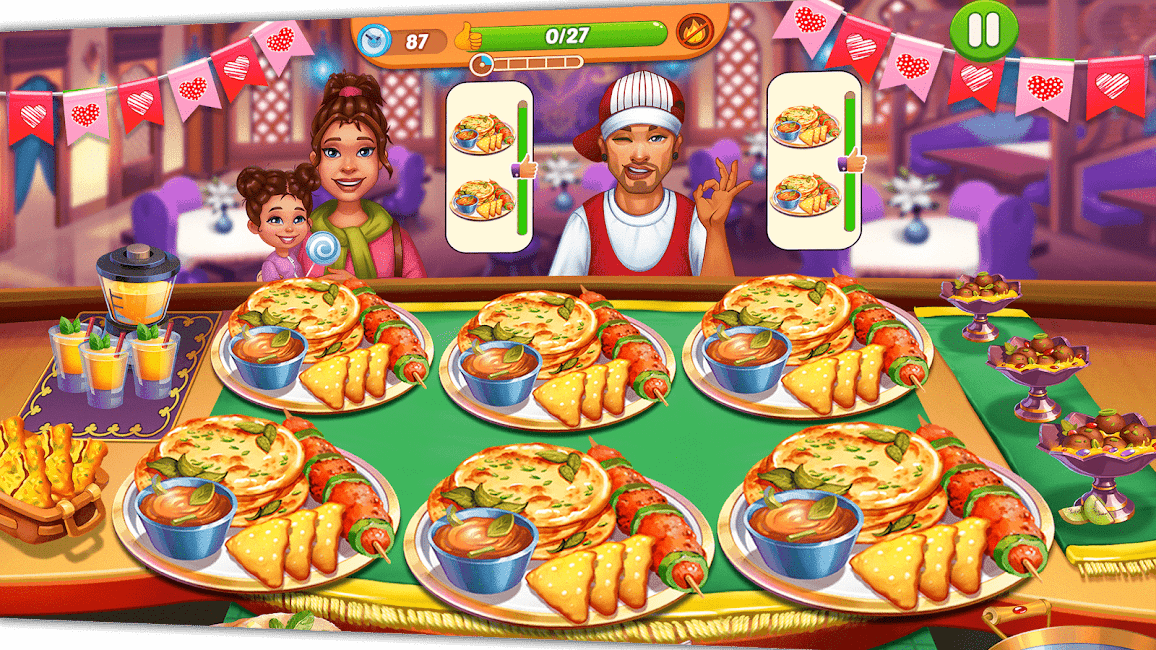 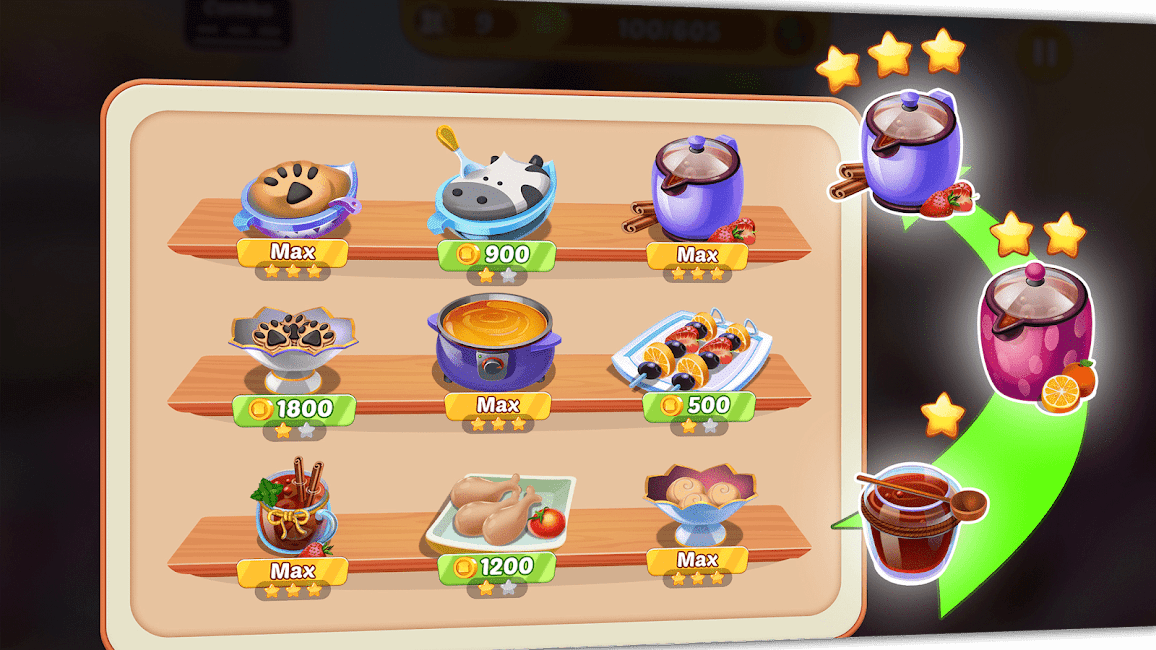 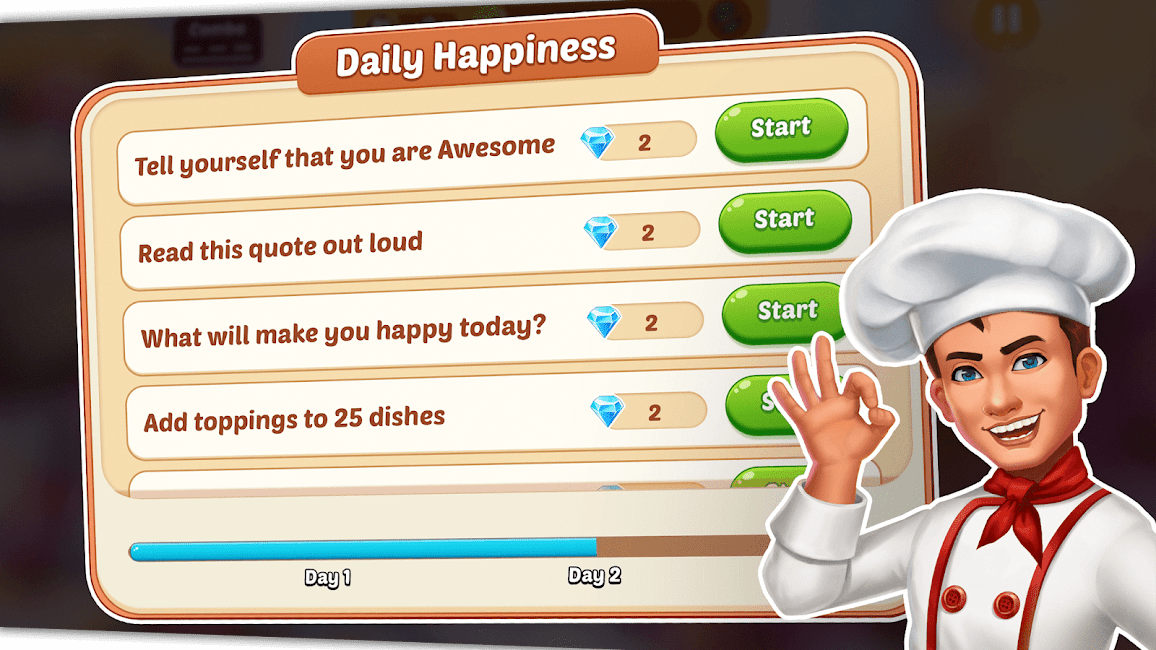