Crazy Sapper 3D is a very beautiful and exciting game of minesweeper from ARATOG LLC gaming studio, which was first released for PC, and now we have seen the Android version released on Google Play, and we decided to release it at the same time as the release. Introducing you lovers of this memorable game! The story of the game is that the crazy general is looking for a substance with which very powerful bombs can be made and this substance is hidden only in a military base surrounded by minefields and you have to help him to Choose the right path and defuse mines to reach this material! During the game stagesThere are obstacles such as walls, trees, water pits, enemy planes, etc., which you can use to cross them with various tools such as chainsaws, grenades, shoes and!! Of course, if you use this tool, your money will be deducted. You can also collect equipment such as grenades, helmets, medical kits, armor and entertain yourself for hours.

* Ability to play online and through an Internet connection

* Two different modes of survival and random level to engage

* All kinds of obstacles such as walls, trees, water pits, enemy planes and so on

Game Crazy Sapper 3D for free in the Android Market has been released today and we Usroid Android version of the first of a regular user you’ve introduced and can be downloaded with a single click! 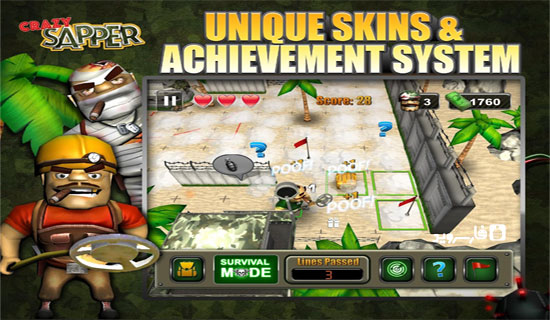 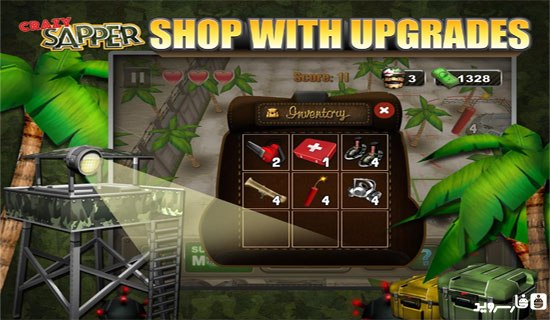 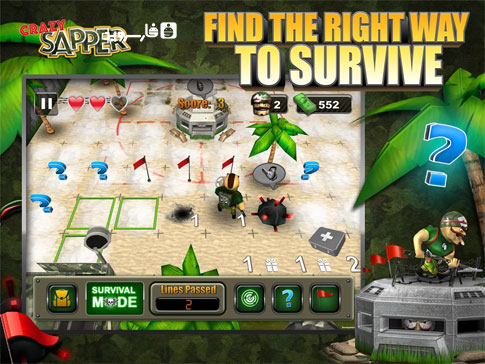 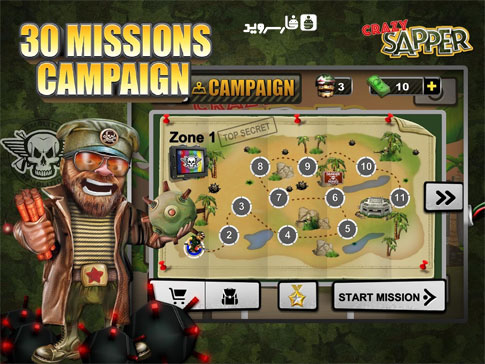 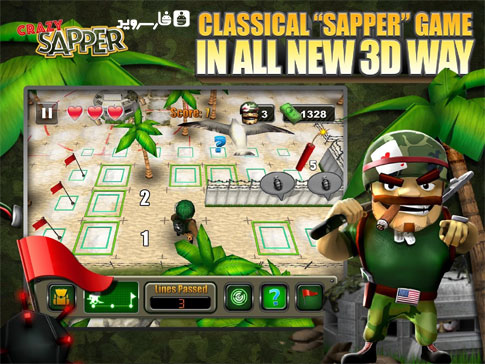