Crazy Zombie – Rapid Shooting – Crazy Zombies: Fast shooting is an interesting and exciting game in the style of role-playing and arcade games from the category of action games, which has been released by the Chinese studio YOULOFT GAMES for free with in-app payment capability. And it has been released on Google Play so that Android players around the world can experience it. Usroid for the first time among all Iranian sitesThe latest version of this game has been prepared and provided for download for testing and free. It is worth mentioning that Usroid, in addition to the original version provided on Google Play, has also prepared a separate mod version and put it in the download section. Crazy Zombie – Rapid Shooting game is made with Low-Poly design style, which means that the game’s graphics are optimized and are hexagonal modeling. This style of design has been popular among developers for several years and has gained a lot of fans. The reason that these types of designs are suitable for both parties is that there is no need for strong renderings for such designs, and this means that the creators and designers of these games do not need to spend more money to make more graphic games. They do not have more complex.

بازی Crazy Zombie – Rapid ShootingIt is also one of those games in which Poly style designs have been applied well and the result has been acceptable and attractive. The great thing about this type of design is that although the graphic nature of it is optimized and simple, the modeling is all three-dimensional and conveys the feel of professional games well. Crazy Zombie – Rapid Shooting game has nothing special in terms of story, and even the creator of the game did not mention it in the slightest, and for this reason, it can be understood that this game is just an action and fun title. You play the role of various fighters and characters who are stuck in a world full of zombies. You have to move among the zombies with the help of various weapons and shoot them and destroy them before they can harm you. Although the main style of the game is action, but elements and role-oriented elements or RPG can also be seen in the game, one of the most important of which is the ability to upgrade and personalize items in the game. Crazy Zombie – Rapid Shooting is a fun and interesting game that can be an attractive option for leisure. The gameplay is one-handed and you will be able to play with only one hand. You can now download the boxUsroid Download the latest version of Crazy Zombies: Shoot fast and prepare yourself for an exciting battle.

Note: In the mod version you start earning money to see Unlimited money. 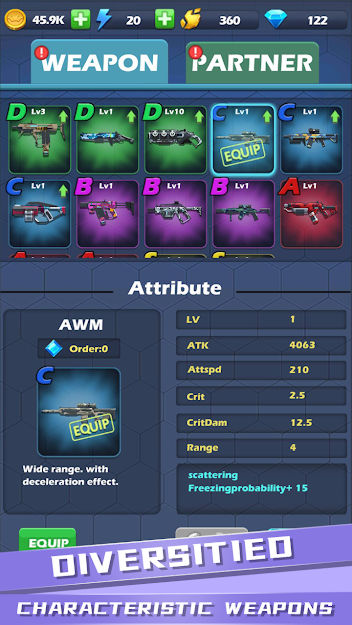 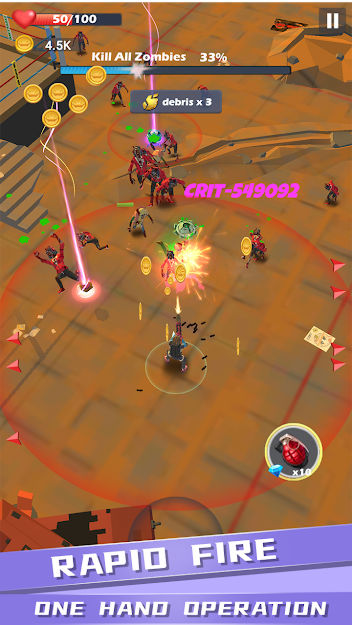 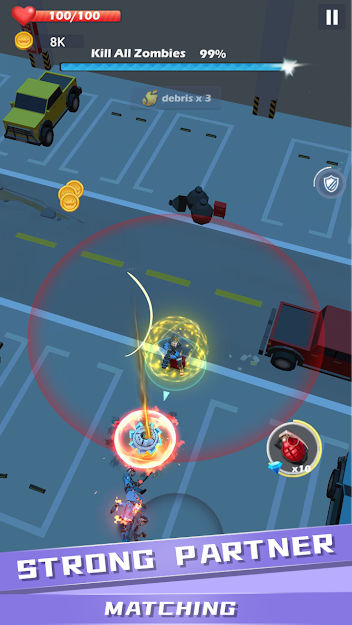 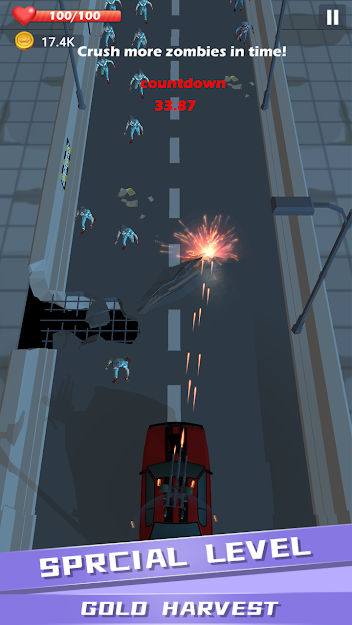 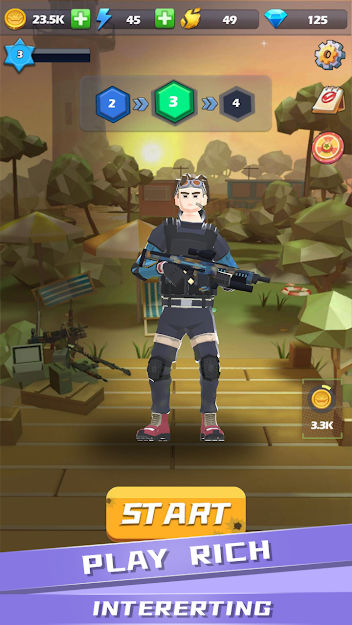