Critical Strike Shoot Fire V2 is an FPS action game or first person shooter from Hong Kong Doing Studio, which is available for free on Android devices. We also coincided with the release of this game and for the first time in Iran We decided to introduce it to you, lovers of action and shooting games. This game is actually the second part of this title. You may not believe it, but Doing Studio has produced more than 35 action, war and shooting games, all of which are offered in the same style and gameplay, and even with the same graphics and features! It is not clear what the main purpose of this studio is, but it seems that this game company has decided to become the largest producer of FPS mobile action games in this field and to occupy the market of games of this form. Regarding the game Critical Strike Shoot Fire V2, which is one of the newest works of this studio, it should be said that this game is produced just like the previous games and with the same features. Critical Strike Shoot Fire V2 game even got its name from the famous game Critical Strike CS: Counter Terrorist Online FPSHas been removed and it seems that the copyright issue is not important for this studio because the names of other games of this manufacturer have been removed in the same way and from other imitations. Apart from these issues, we must mention the main features of this game. The gameplay is action and first-person shooter. You can move the main character of the game in any direction you want with the virtual controller on the left side of the image, and select your target to shoot by moving the target on the right side of the screen.

The game’s graphics and designs, although not great and unique, have good details and all the designs are done in three dimensions. For this section, the manufacturers’ special focus has been on simulating weapons as well as possible. That’s why the graphics and design details of the weapons are far better than other game designs such as enemy modeling. In Critical Strike Shoot Fire V2, you play the role of a special anti-terrorist force and are sent on various missions to different places in the Middle East to complete the missions by destroying terrorist gangs. During the game you can use several weapons that are well simulated and with the money earned from the previous steps, buy better weapons. These weapons fall into various categories such as pistols, machine guns, snipers, shotguns and even other heavy weapons. At each stage, you can carry two weapons and you must select those two weapons from the desired section (Equip) before starting the game. Paying attention to the dynamic gameplay in Critical Strike Shoot Fire V2 has caused you to face more difficult challenges to get a better result. For example, you have to shoot the enemies with the right target on their heads, otherwise they will not be defeated by a single shot. This game with more than 10 million downloadsA score of 4.2 out of 5.0 has become one of the most popular action and war style games. Usroid has provided the normal version and mode (unlimited money + removal of ads) of this game in a tested form for download. 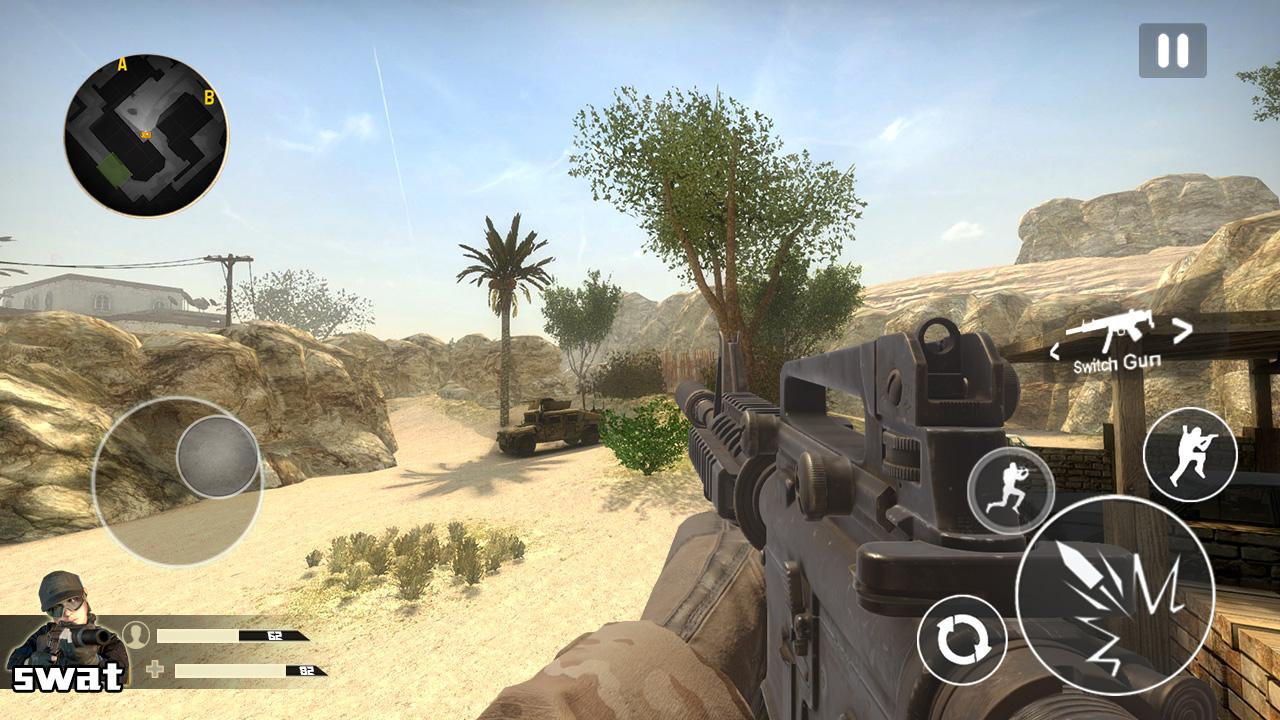 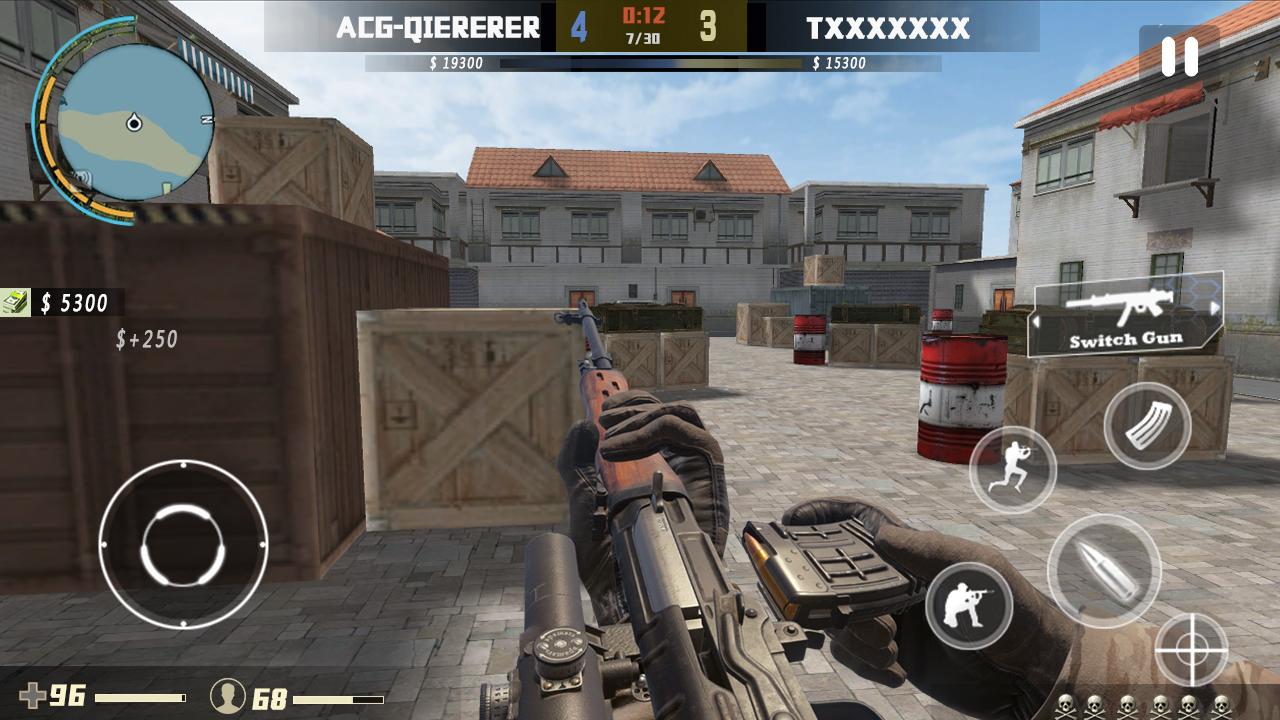 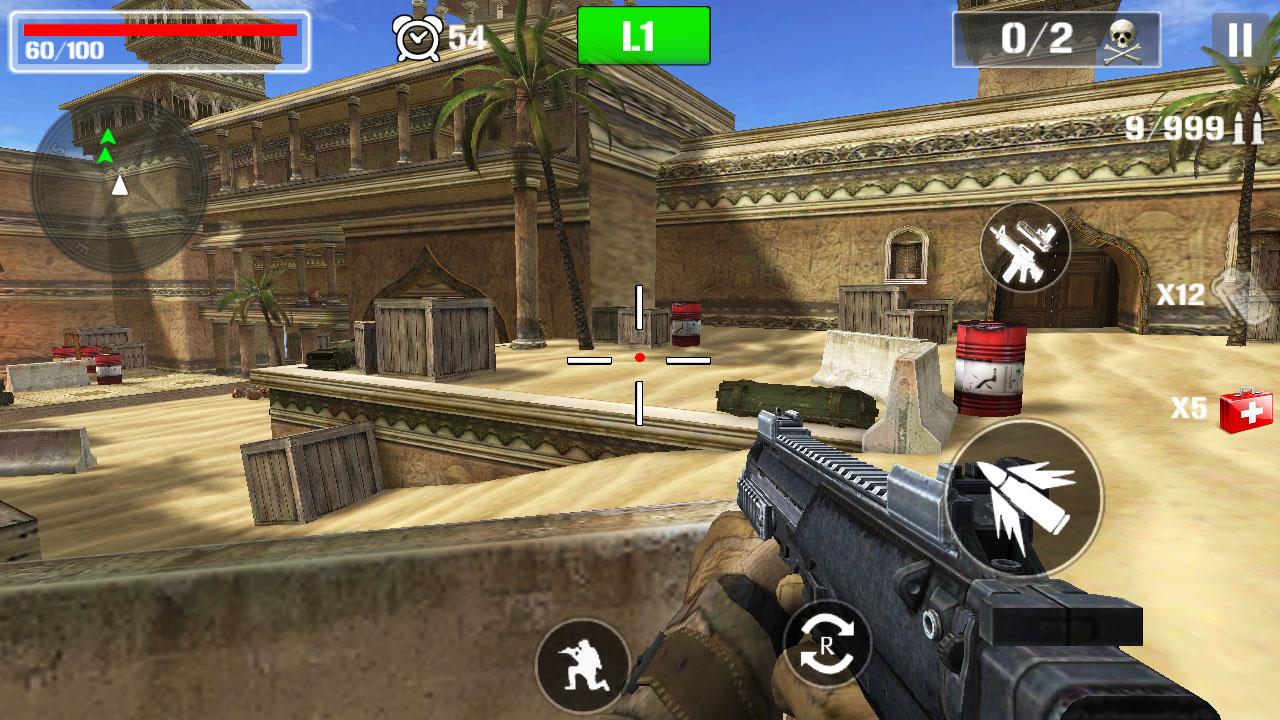 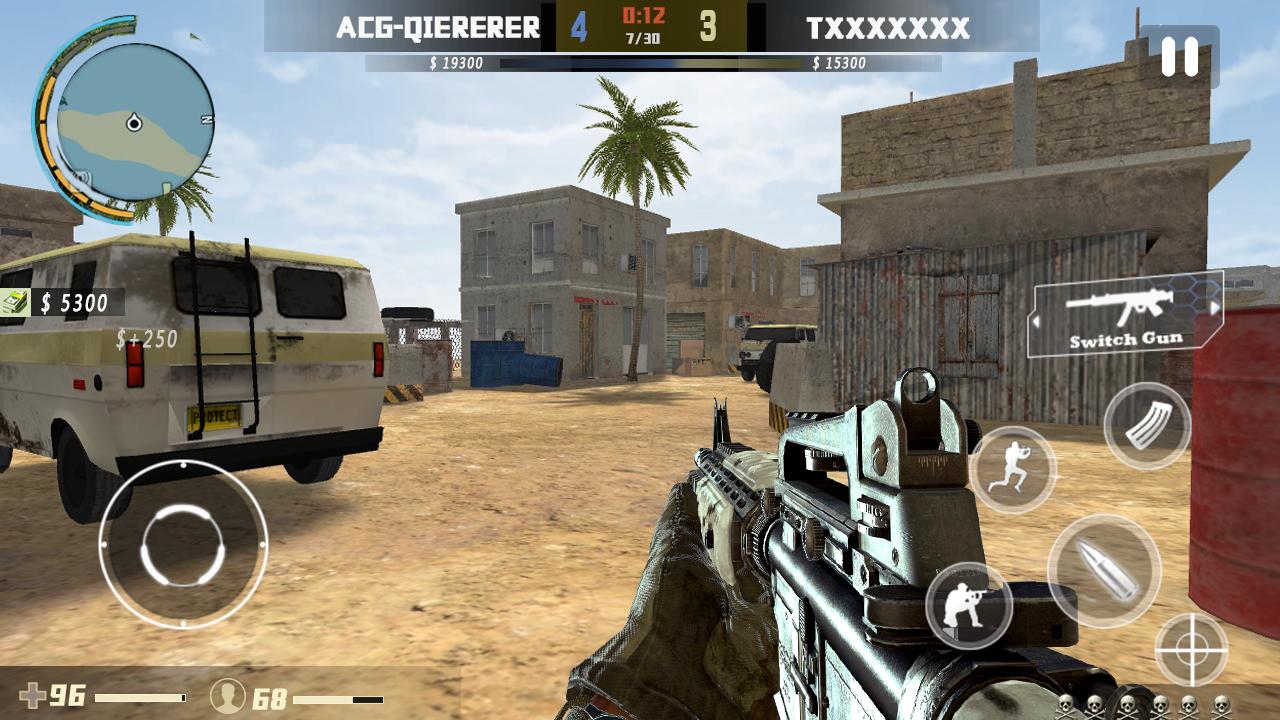 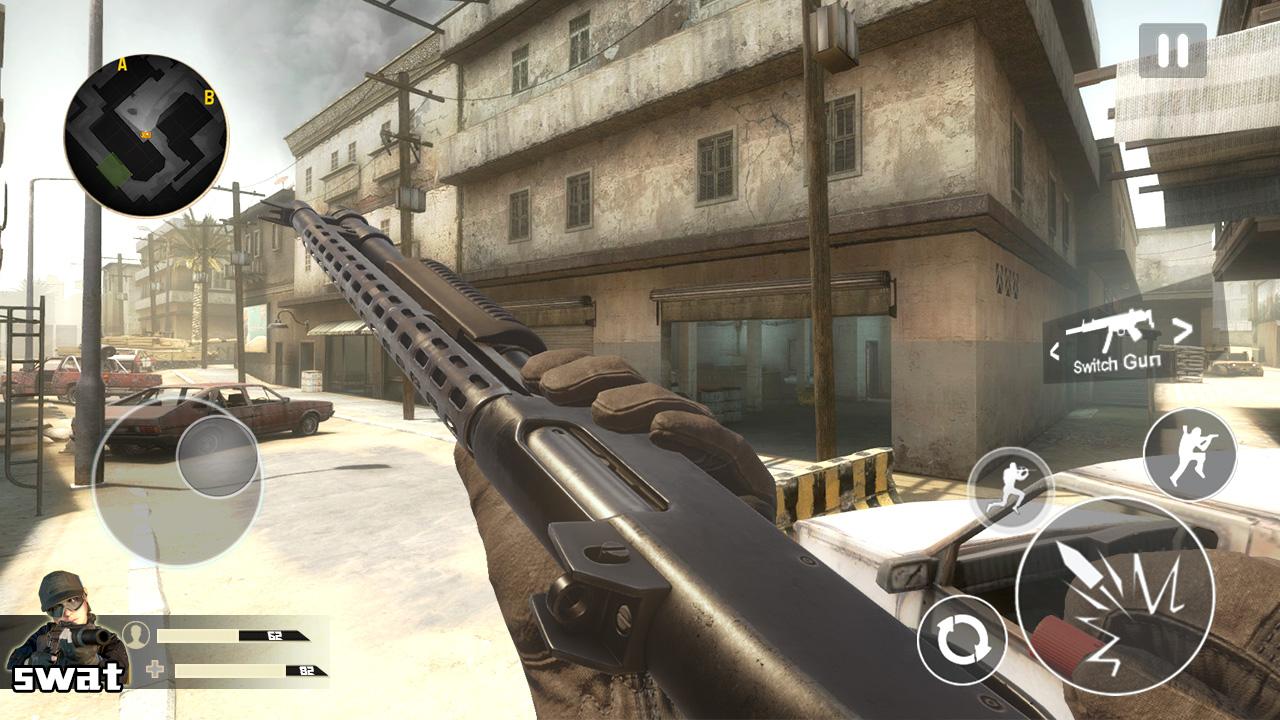 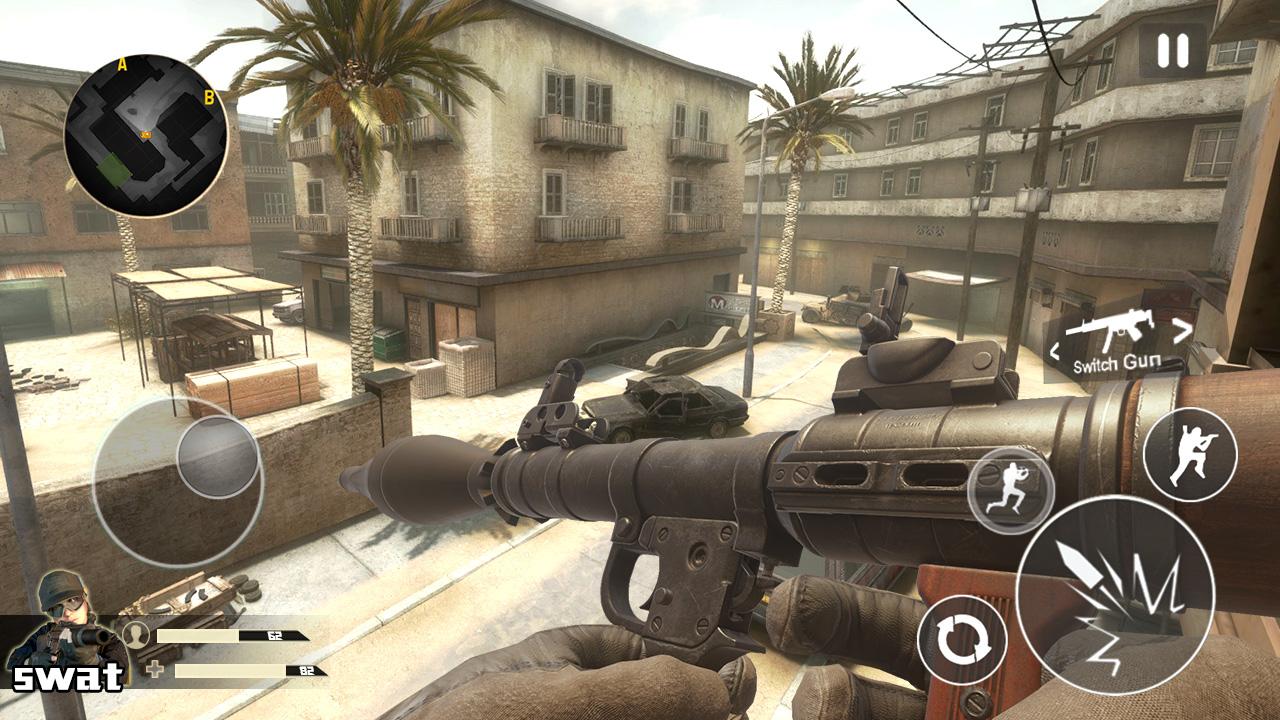 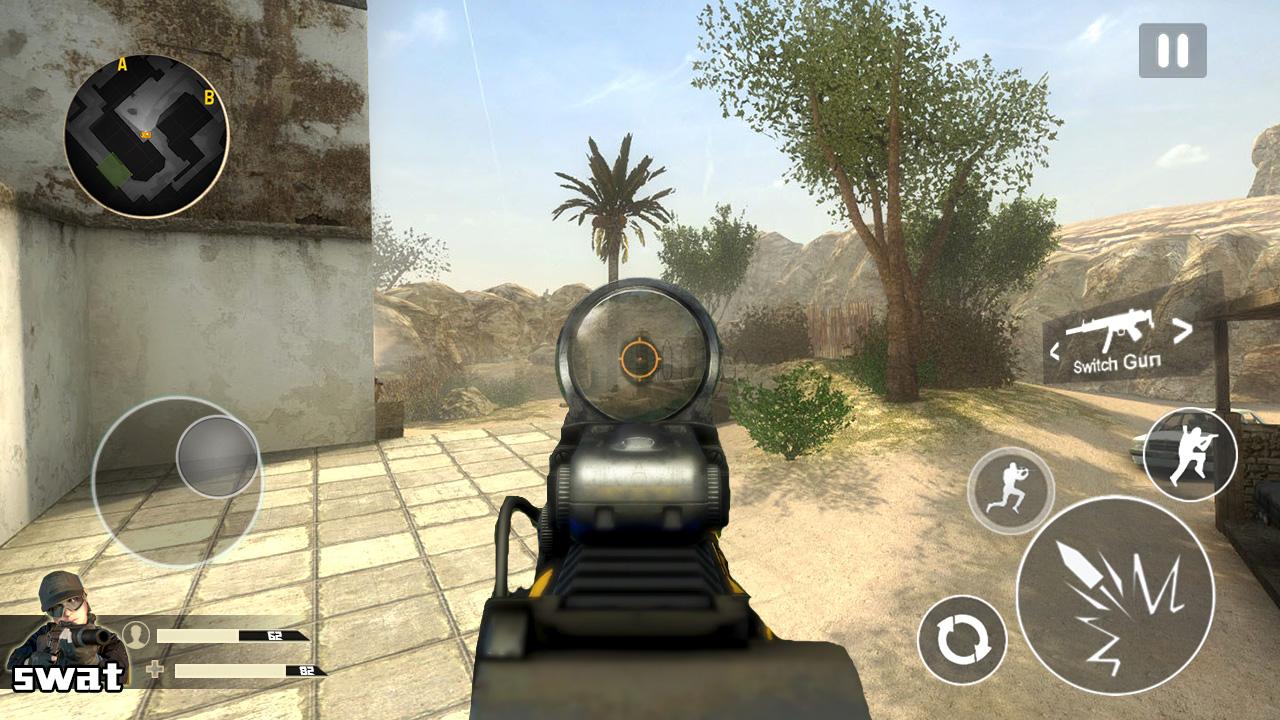