CyberSphere: Sci-fi Shooter is the second series of the popular and entertaining game ” Space Battle ” from Leonid B – Fun Free Action Games for Android, which we have released at the same time as the release along with the mode (unlimited money) for download. To bring you joy again! CyberSphere: Sci-fi Shooter has been downloaded millions of times by Android users around the world and has an excellent score of 4.7 out of 5.0.Has earned! Humans have entered the war with alien space creatures and robots, the enemy forces are advancing towards your base, and you must make the most of a powerful combat unit called the space ball to defend the base, and manage it well. do! Of course, use other weapons such as rockets, high-energy electric weapons, support drones, camouflage items and various explosives against the enemy! It is possible to play both offline and online, it is possible to play online and unite with other users in cooperation mode! The survival of human civilization now depends on you, take up arms and go to war with the enemies and overthrow them one after the other and experience one of the most exciting Android games!

Game CyberSphere: Sci-fi ShooterToday, in Usroid, we have provided it with a mod for download, which you can first see images of the gameplay, and finally, if you want, download it with one click from the high-speed servers of the site! Features of CyberSphere: Sci-fi Shooter can be used for things like beautiful 3D graphics and great simulation of space environments, the ability to play in single or multiplayer mode, all of which are connected to one Len network, in the second mode up to 6 players regardless of the system Whatever their cause (Android or iOS) they can play together; Ability to play offline without the need for the Internet; Ability to unite with other users and fight your common enemies; Possibility of one-on-one battle online with a powerful robot; Ability to use more than 28 deadly weapons; Ability to use a variety of drones controlled by the game’s artificial intelligence; Ability to use a variety of combat units such as advanced tanks, robots and space soldiers, each with its own capabilities; Easy control of your units by moving your finger on the screen or using the gamepad; Has a list of the world’s best; Confronting all kinds of enemy combat units such as Robots, alien space creatures and…; Low game size (less than 51 MB); The gameplay and the exciting environment and its excellent construction in general! 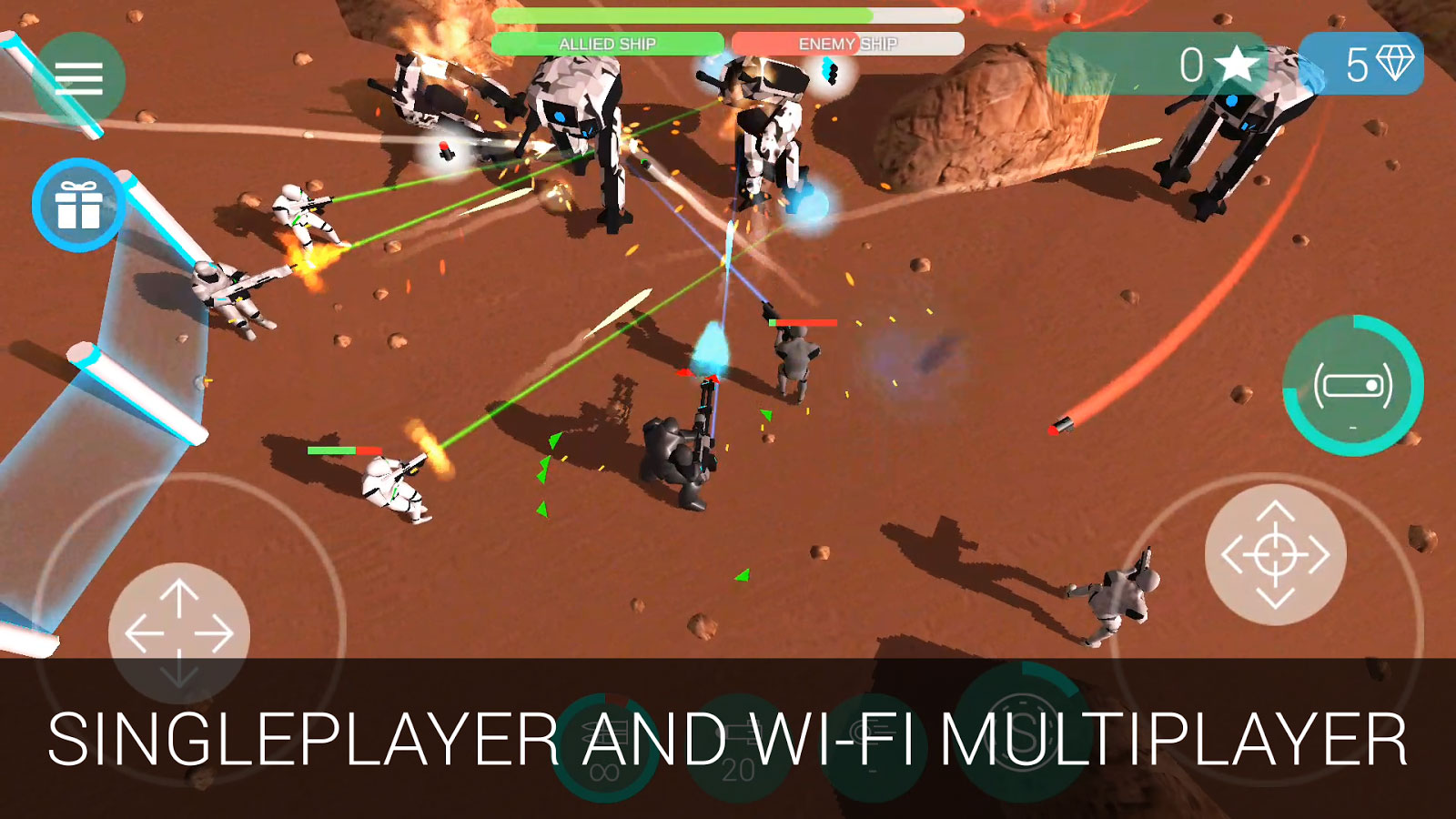 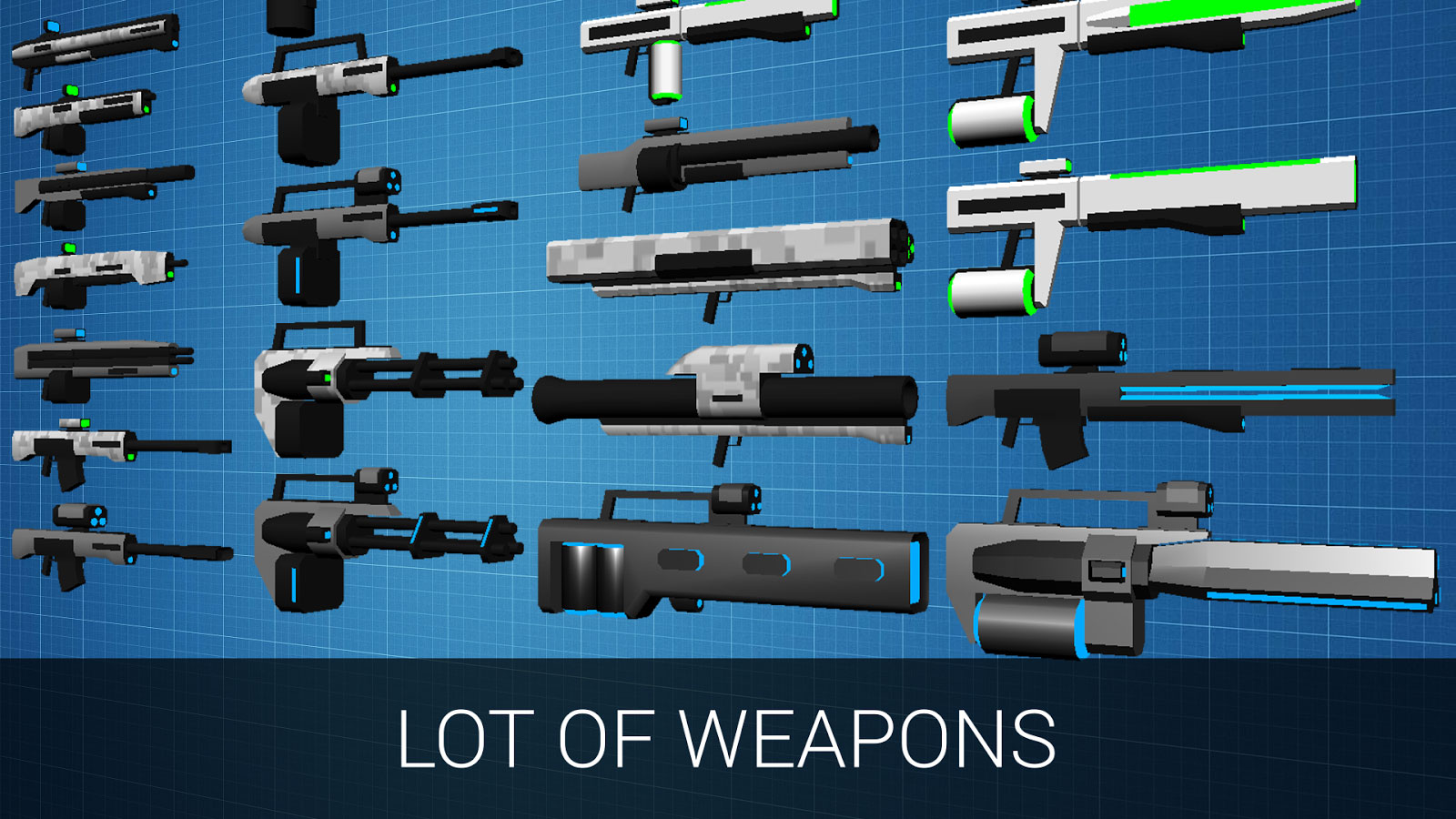 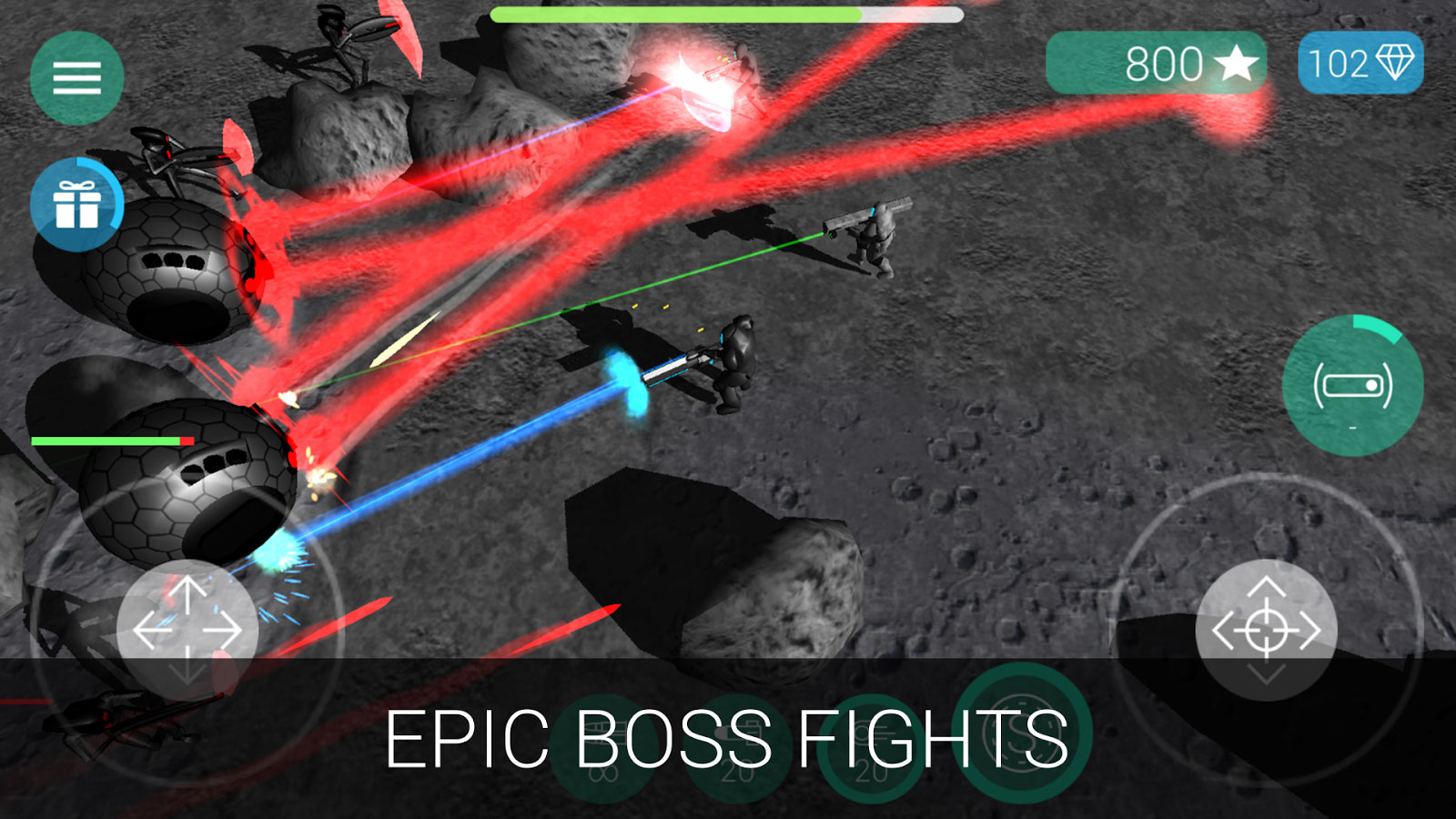 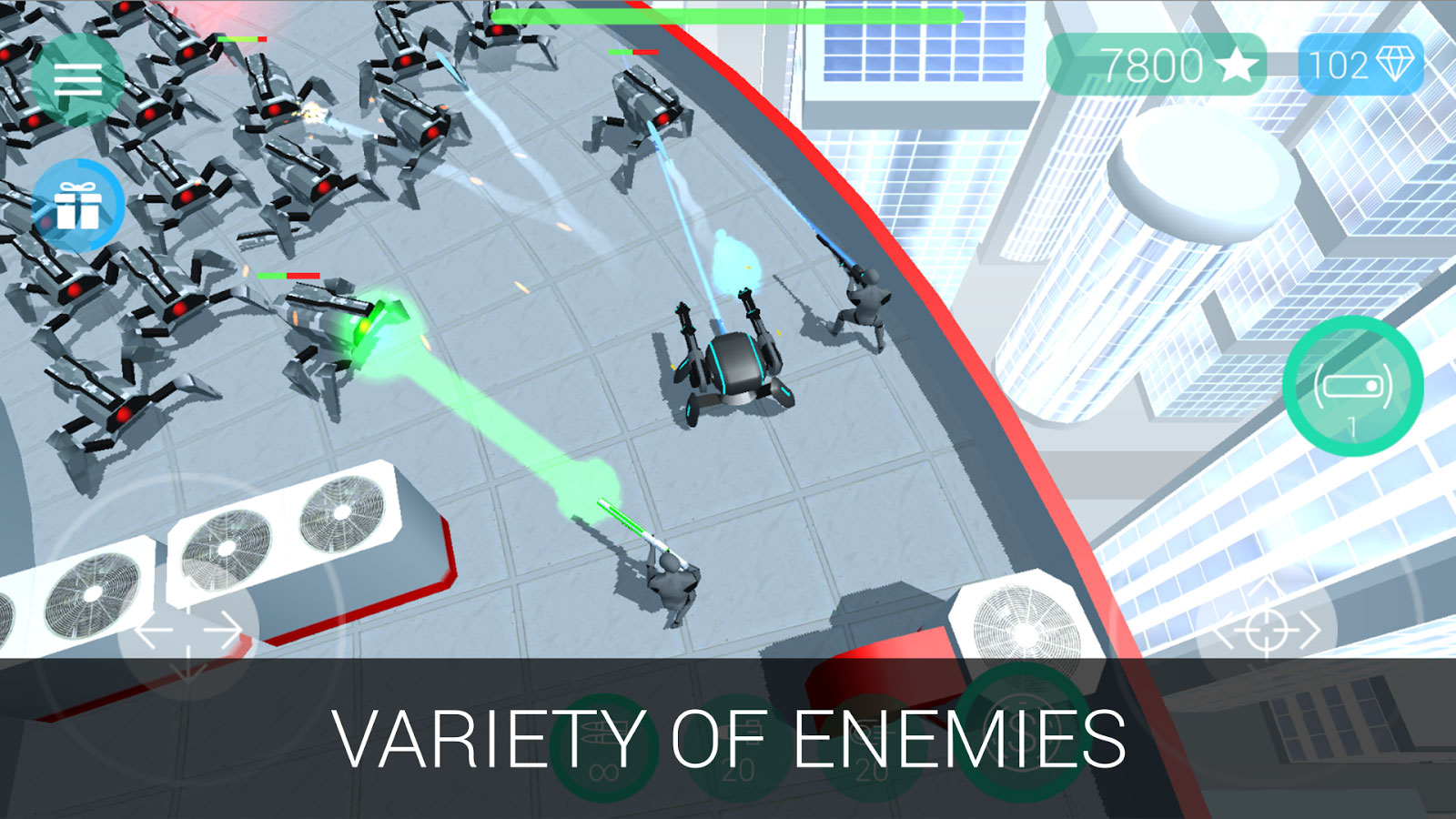