Dawn Break – Origin – Epic Dawn: The original full title of the fascinating and exciting game of the Taiwanese studio Auer Media & Entertainment in action style, which has been released completely free of charge for the Android operating system. You can for the first time in IranDownload this game from Usroid! Dawn Break is the title of a multiplayer game and an interconnected series. In this game, there are legendary heroes who must be prepared to face the demons under your leadership. On a typical day, the sun disappears and the eclipse. It does not take long for people to realize that this is not a natural occurrence, and the great devil, in order to make his way to earth, blocked the sun to bring darkness to the earth. A great shadow appears in the sky and from inside a strange woman comes to the ground. It is you who must go to war with Satan for the destiny of humanity. The interesting storyline of the game makes you experience an exciting adventure in hundreds of different stages and missions. Excellent and three-dimensional graphics of the game along with action and dynamic gameplay in the style of ARPG or Action Role-playing (action – role-playing) has caused this game to remind you of console games. The game is followed from the third person view and you have to guide the game characters from this view so that you can have a wide and suitable view of enemies far and near. Numerous virtual buttons are well embedded in special points that, while lacking space, bring you full possibilities in the gameplay.

Dawn Break is a completely offline game that takes you to the world of legendary heroes in imaginary lands. In this game, you will experience fierce and action battles, and in order to be able to win these battles, you must use various skills and tools. This fascinating and exciting game with more than 500,000 downloads on Google Play, has a score of 4.5 out of 5.0 . Usroid is proud that as the first Iranian site, it has prepared a regular and modded version of this game in a tested form for you dear ones.

Note: In the mod version, gold increases instead of decreases.

– Download the data file and decompress it. Copy the com.auer.dawnbreak.trial.single.player.free folder to the Android / obb path of the device’s internal storage. 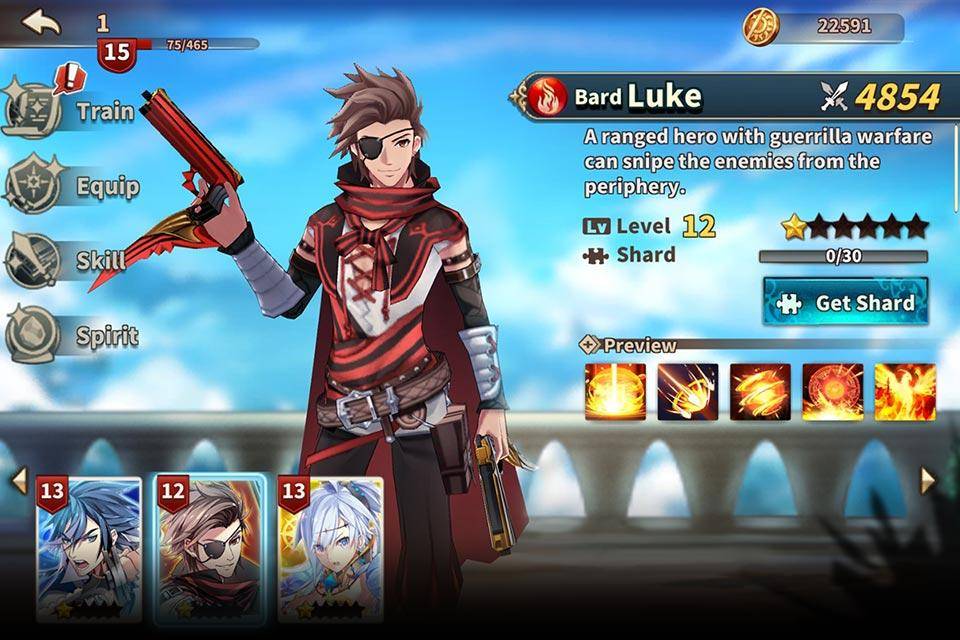 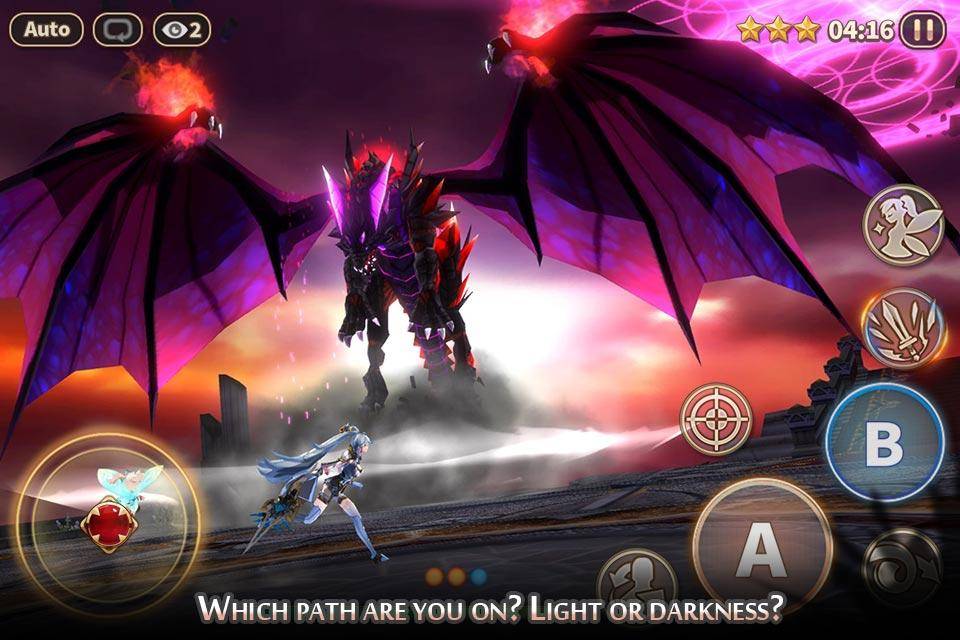 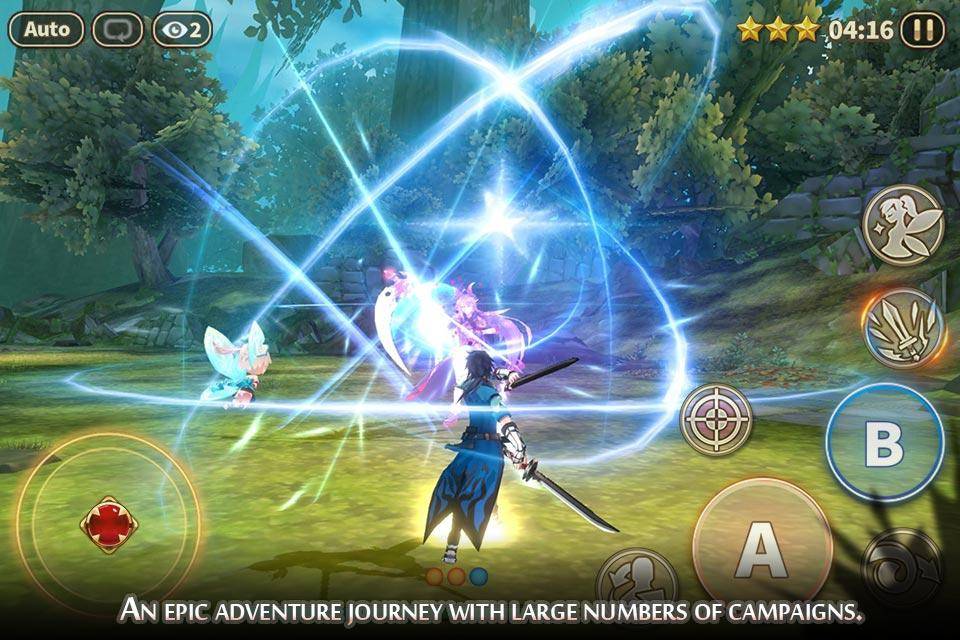 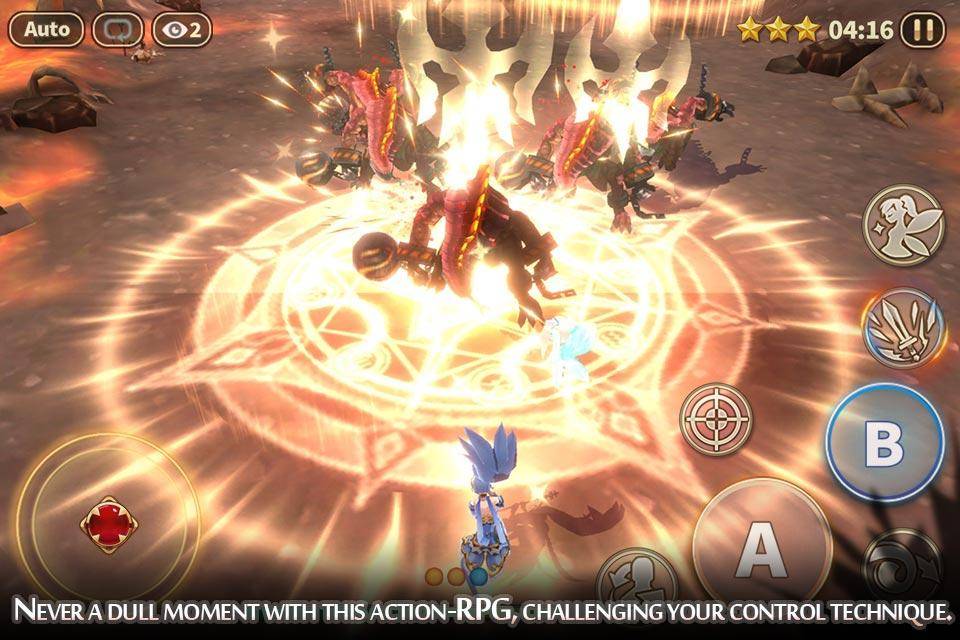 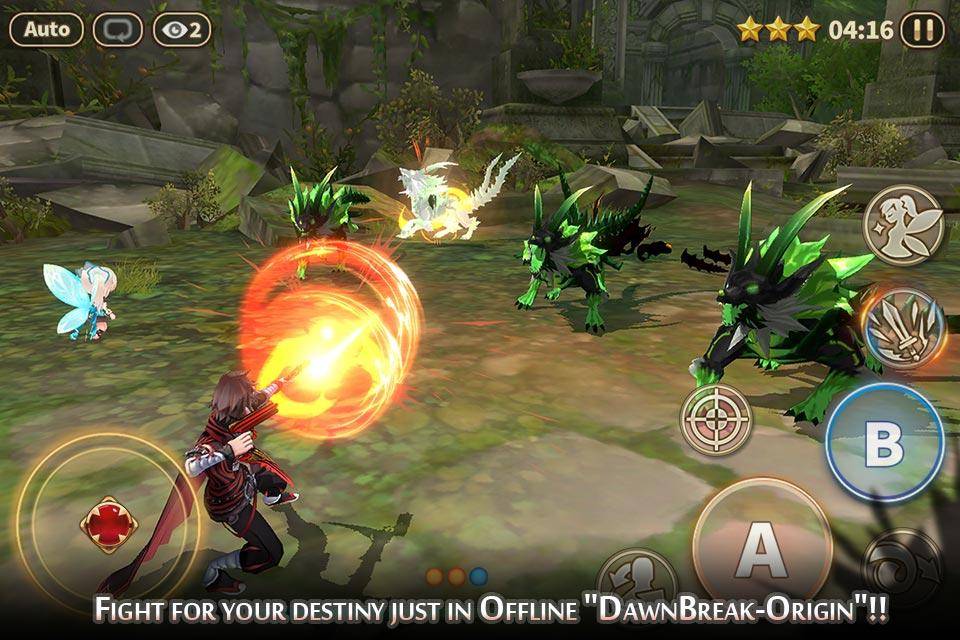