Desmos Graphing Calculator v5.8.1.0 – Solve all kinds of equations and draw their graphs in Android
Original version, complete and without program ads

Mathematics is one of the main foundations of science and of course one of the most important lessons during students’ studies. Due to its rationality and relatively high complexity of mathematics compared to other disciplines, this course is usually not popular among students and most students have difficulty learning it. According to many, mathematics should not be taught to students like literature and other subjects. Mathematics is a science that can only be achieved by doing and solving problems, and simply knowing mathematical theorems does not mean being able to solve problems. Equations form a large part of mathematics and are present in most of the students’ studies. Solving equations and finding unknowns is always one of the most difficult questions for students in exams. One of the best ways to learn to solve equations is to draw an equation diagram and find its points on the diagram. By drawing a diagram of one type of equation several times, it is easy to guess the diagram of similar equations and thus easily and quickly solve different equations. Most students also have difficulty drawing equations. To solve this problem and help them learn visually, today we are at your service with an application that, in addition to solving equations, also has the ability to draw them.Desmos Graphing Calculator is a graphical calculator with the ability to solve equations and draw their graphs, for the Android operating system, which was developed by Desmos Inc. software group and published for free on Google Play. This program has the ability to draw diagrams of any type of equation and just enter your desired equation in it. To solve and draw it quickly. Line charts, quotes and even Fourier series are supported by the program. By sliding on the chart, you can see the process of its changes interactively and instantly.

Some features and capabilities of Desmos Graphing Calculator Android app :

Desmos Graphing Calculator application, with the satisfaction of Android users, has been able to receive an excellent score of 4.7 out of 5.0 from Google Play users. Now you can download the original, complete and without ads version of this program with all the features and capabilities from Usroid for free. Desmos Graphing Calculator application has been introduced at your request and now its latest version is in front of you.

* Support for Nemeth and UEB braille 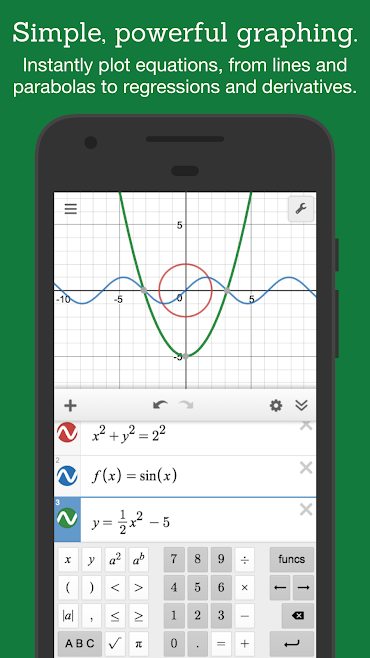 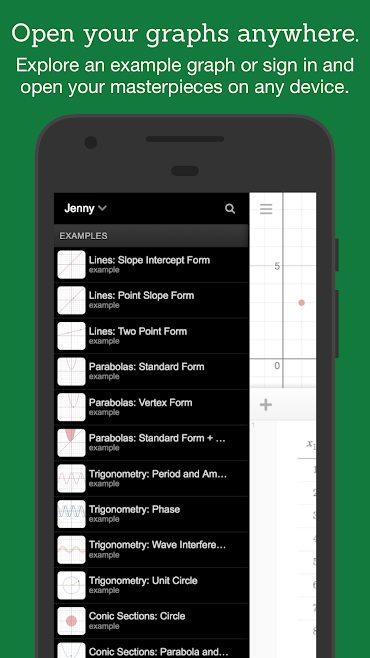 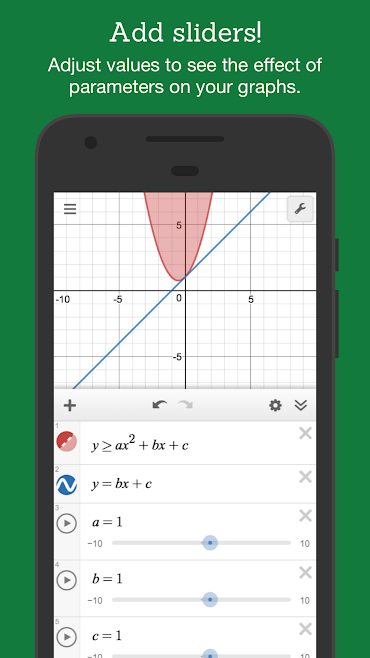 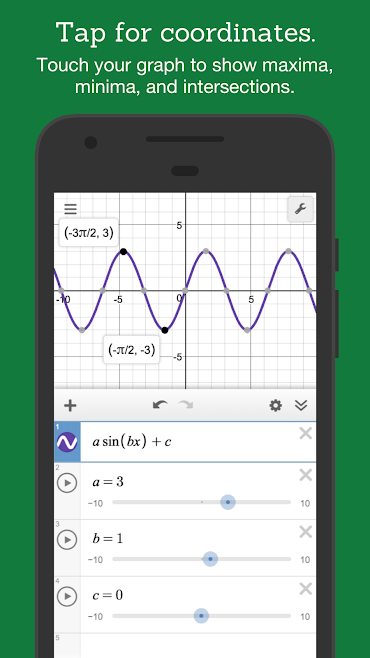 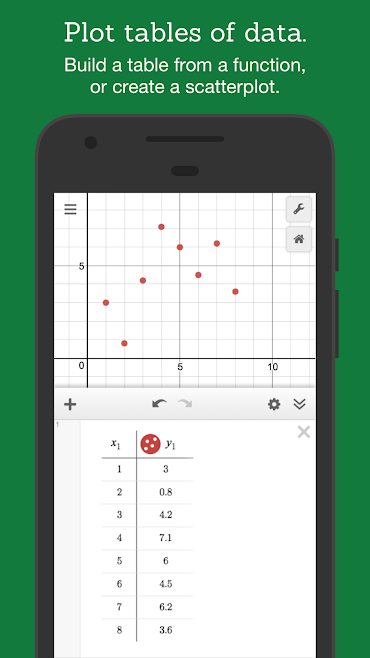 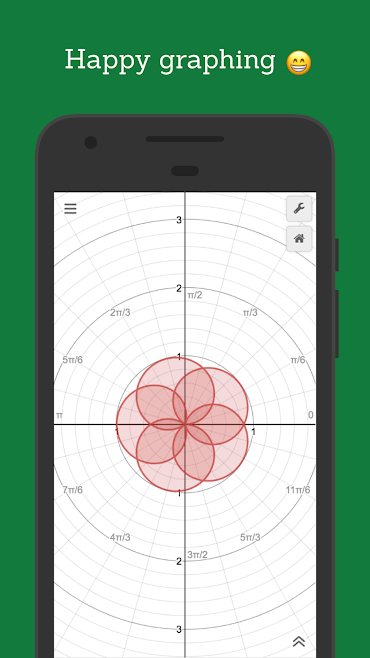 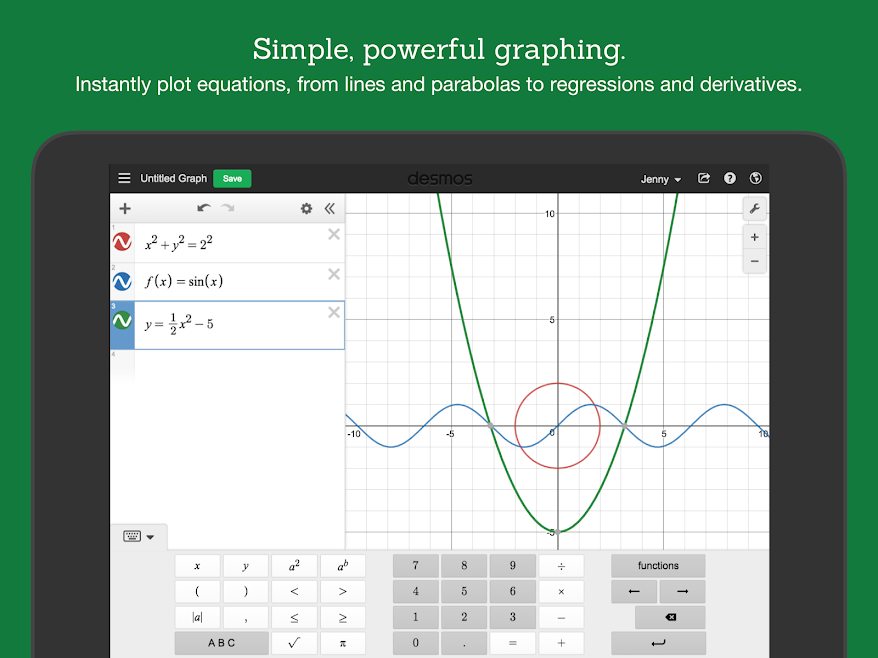 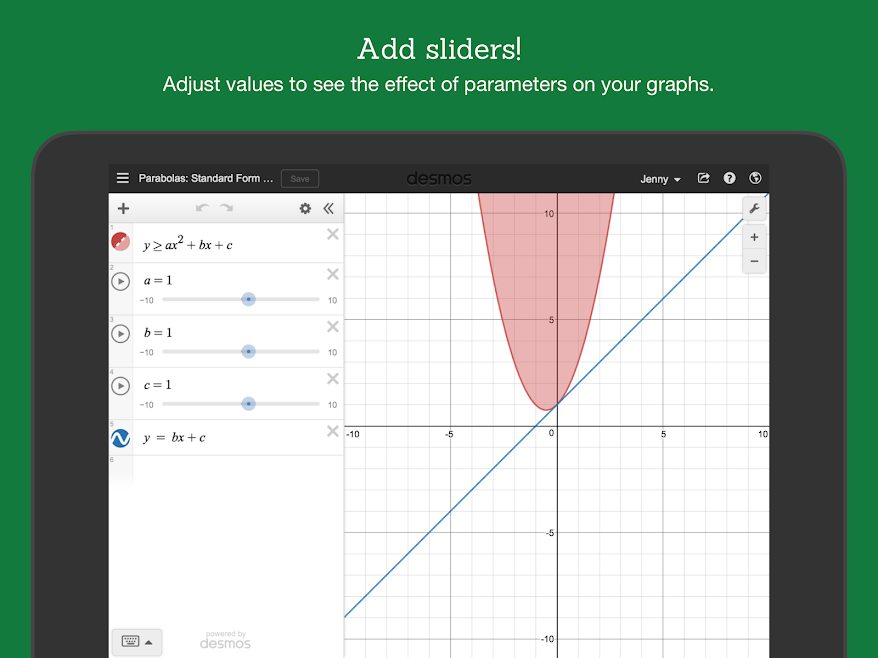 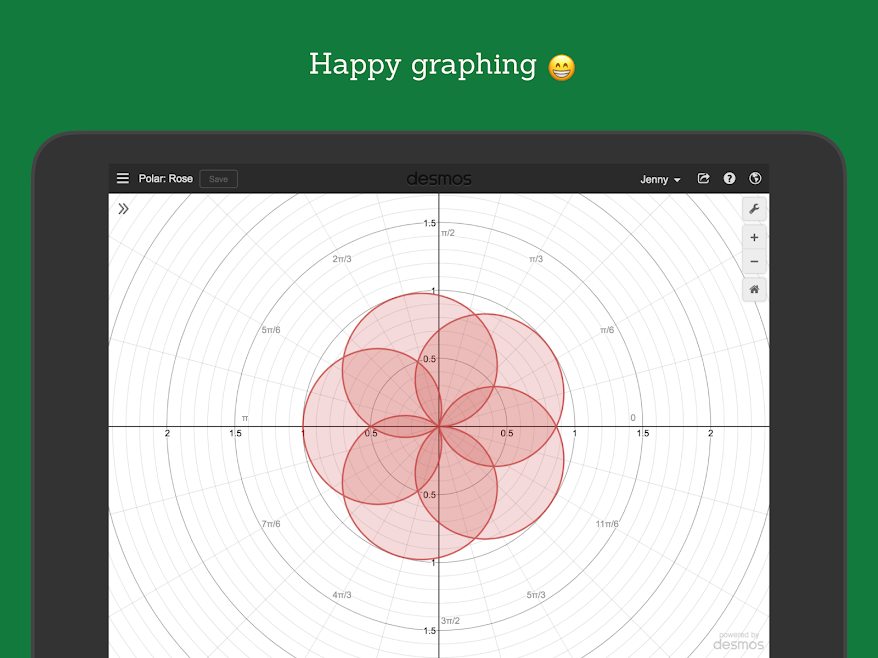