Download Die With Me 2.0.6 – an interesting chat messenger with low battery charge for Android!

Die With Me v2.0.6 – Android low-battery chat messenger app!
The version purchased for $ 0.99 for the first time on the Internet is
a collective request from you dear ones

If you are also interested in searching in the Android Market, from time to time you will come across strange software that has a very special way of working, and the most surprising point is that this strange method makes it successful. And has attracted a large audience. Today, in this post, we want to introduce you to one of the strangest messengers in the Android market for the first time among all Persian language sites! Die With Me is a messengerInteresting and great for low-battery chat for Android, developed by Dries Depoorter and published on Google Play. As you know, when the battery charge reaches less than 5%, many of the main and key features of the phone stop completely automatically and can not be used except for essential calls; This software is designed in such a way that it can be used only when your charge is less than 5%! When the battery charge reaches 5%, you can enter a chat room and communicate with people whose battery charge is less than 5%; However, when talking to other people, you can see their battery charging next to their messages. Dries Depoorter, CEO of Die With Me, tells Digital Trends about his idea: “I have to travel a lot, depending on my business situation. I became the battery of my device, which also gave me the idea to be able to communicate with others with the least amount of battery in difficult situations. Apart from the explanations mentioned above, the security of the software is very high and as soon as your battery runs out and you leave the chat room, the messages are completely deleted.

The Die With Me app is an extremely useful and attractive application among other messengers available on the Android operating system, which was developed by Dries Depoorter and published for $ 0.99 in the large Google Play Market. Do not miss this opportunity now and download this wonderful software from the direct links of Usroid site as soon as possible. 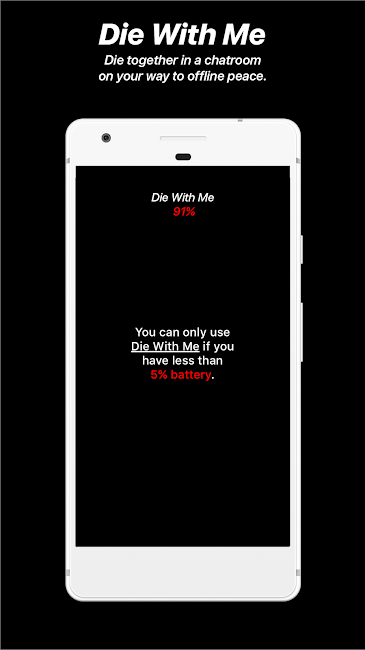 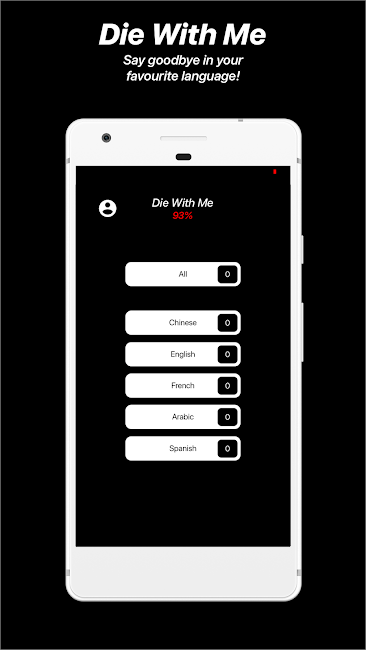 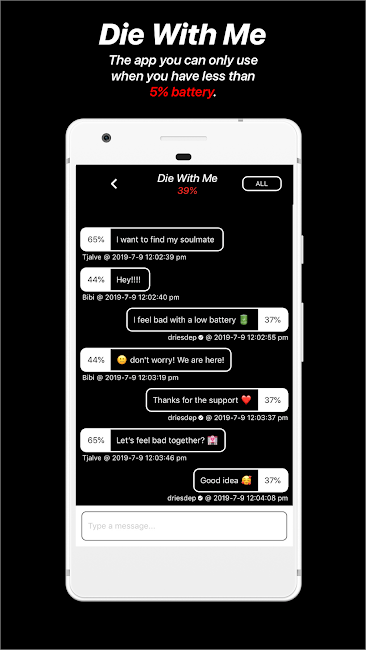 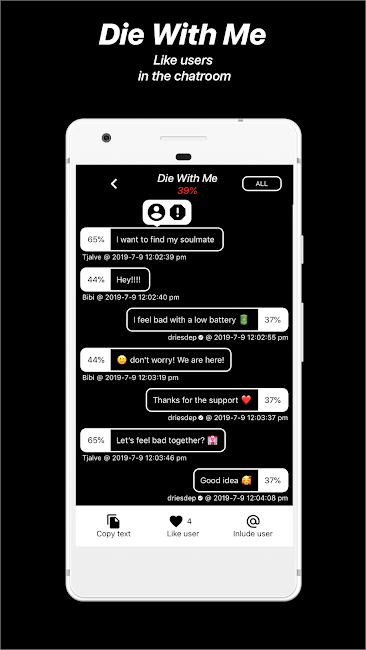