Dinosaur Rampage – Dinosaur Anger is a fascinating and entertaining game by Japanese studio Geisha Tokyo, Inc. It is for the Android operating system, which is made in the style of action and entertainment (record-breaking) with a very competitive and breathtaking gameplay. Usroid has decided to introduce and publish this lovely game at your request. So join us in introducing Dinosaur Rampage. Dinosaur Angry is an action and arcade game. The idea of ​​making this game from famous games such as Crowd City or Agar.ioit’s been chosen. In Dinosaur Anger, just like in example games, especially Crowd City, you have to compete with other players on the streets of one city. But the difference is that this time you are in the role of a dinosaur and the way to achieve your success in this game is to attack people and eat them! The more people you eat, the more you get. If your level is high enough for an upgrade, your dinosaur will get bigger! In this case, you can hunt smaller dinosaurs and get much more points than humans! The whole gameplay is the same, and at the beginning all the competitors in this game, who are all artificial intelligence, are the same. Of course, in order to feel the challenge and competition of the game at the very beginning, a few giant dinosaurs patrol the streets at the beginning of each stage and destroy them in a few moments as they approach each other!

Game Dinosaur RampageIt also has another feature that allows you to earn more points. Apart from people and other dinosaurs, you can destroy buildings and score good points by destroying various structures. But in the meantime, you may be attacked by other dinosaurs; So be careful under any circumstances. Game controls are very simple. All you have to do is check your dinosaur screen with one finger and point it around. The game view is from above and therefore you can have a good view from around. By earning points and money, in addition to setting a record, you can buy different skins for your dinosaur. These skins can only be different colors or even the flags of different countries! Your main goal in this game is to become the biggest vampire dinosaur. In this city, there are special and big goals such as tall skyscrapers, the destruction of which brings a lot of points. Dinosaur Rampage is a fun and entertaining title to spend your free time on, but it can also be a very competitive game. Three-dimensional designs with smooth graphics, along with the right size and entertaining gameplay, have made Dinosaur Angry a popular game today. This game is wonA score of 4.2 out of 5.0 to date has crossed the line of more than 500,000 downloads on Google Play. If you want to install this game on your device, you can download the regular or modded version of it as a test from high-speed Usroid serversright now. 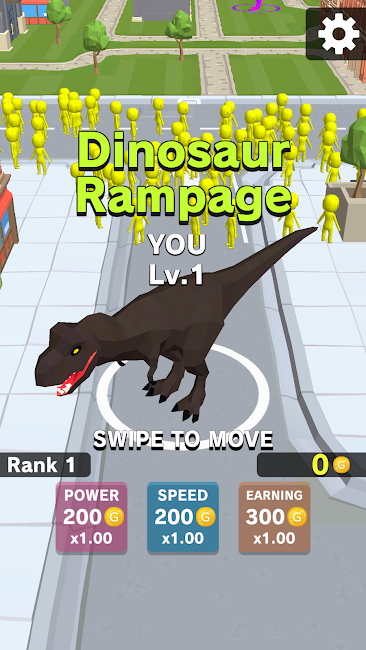 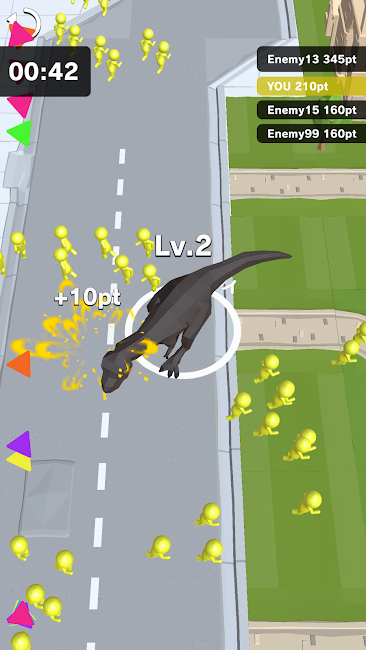 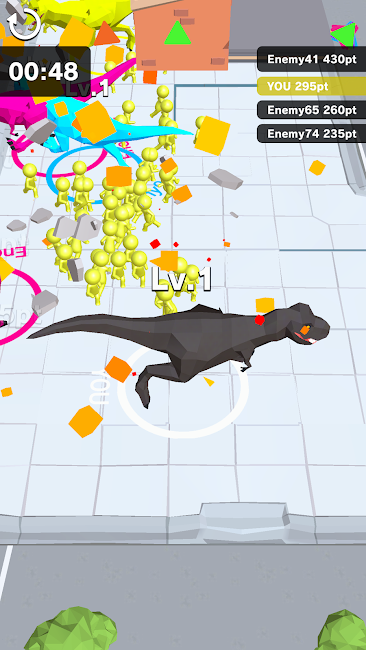 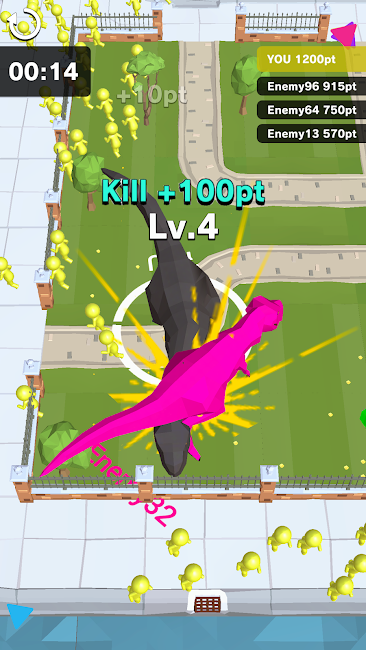 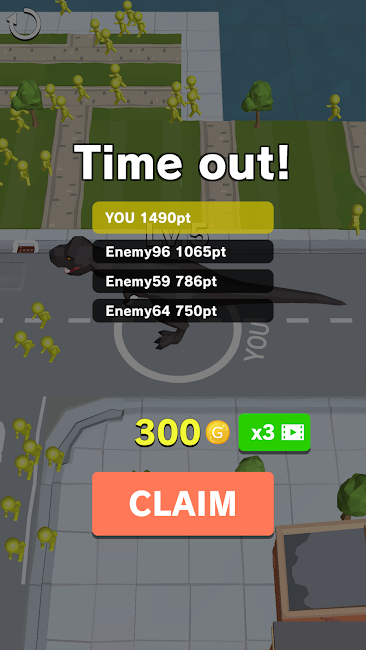 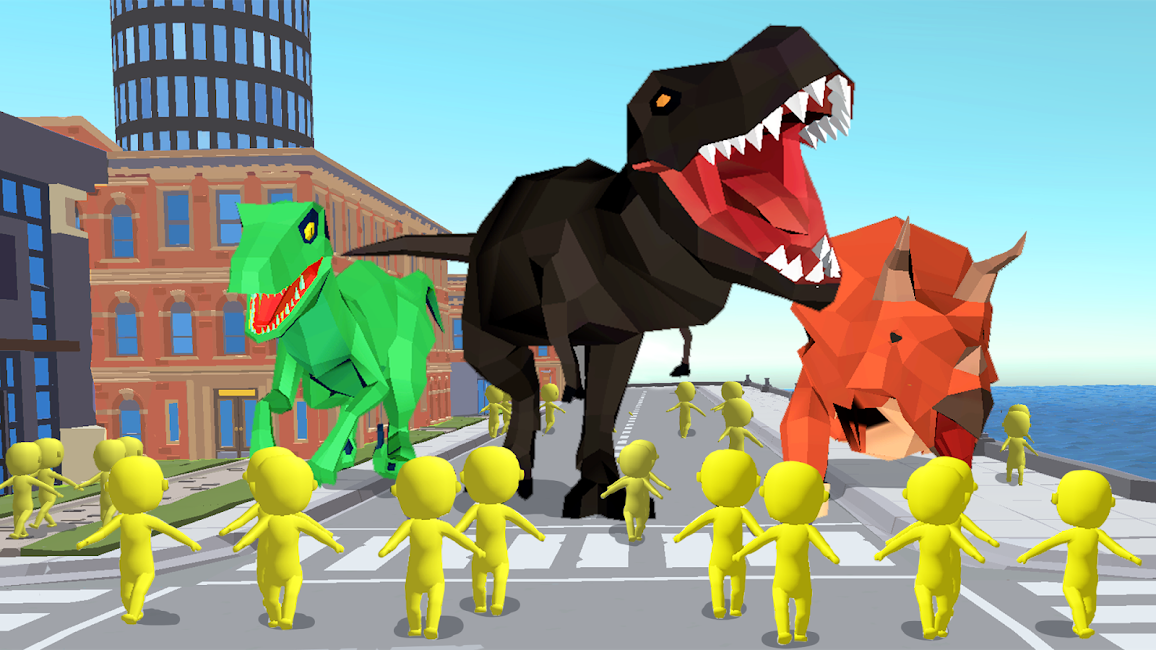 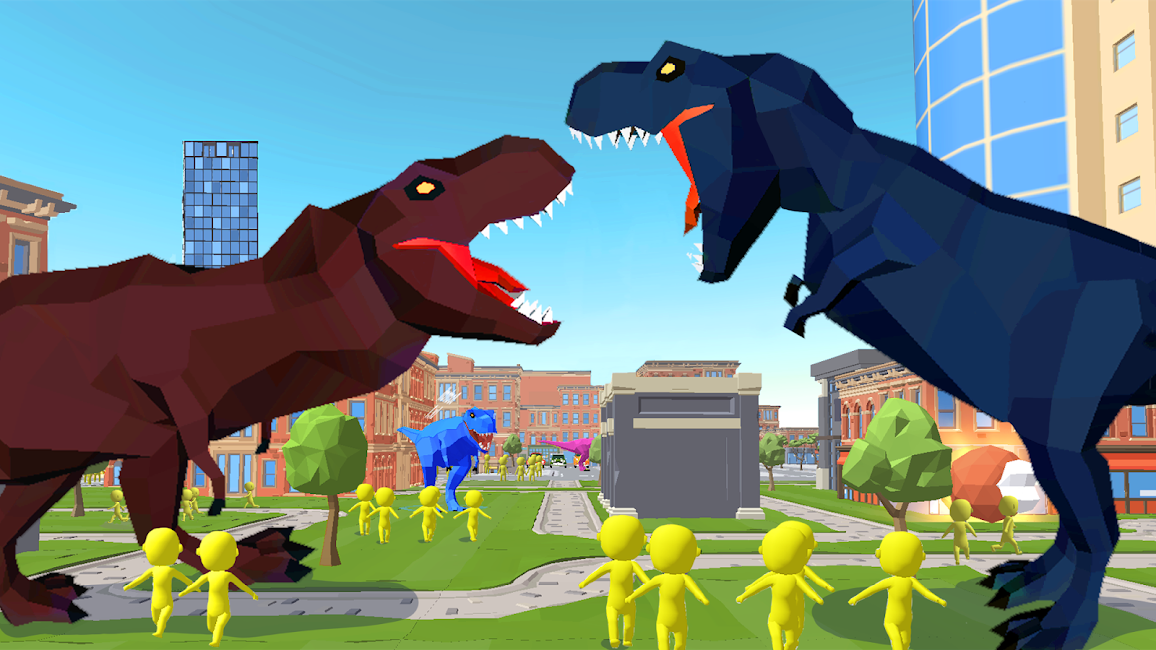 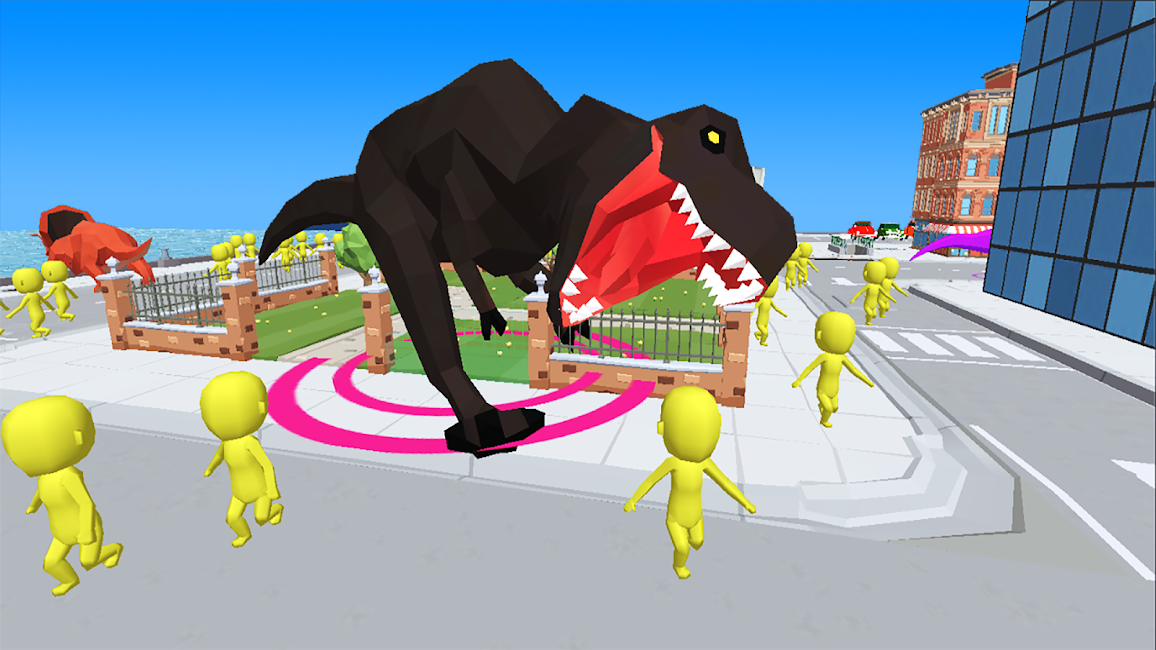