DOOM v1.0.8.174 – Action and classic game “Resurrection” for Android with data file + trailer of
the purchased version and the full game at a price of $ 4.99, presented to you
tested with offline performance

DOOM – ResurrectionIt is a well-known name and the first part of the DOOM game series, which was first released by id Software in 1993 for MS-DOS platforms and then in the following years for SEGA 32X, Atari Jaguar and Super Nintendo consoles. . On the occasion of the 25th anniversary of this franchise, the reputable company Bethesda Softworks, which has bought the franchise of this series since 2010 and is its main publisher, has reconstructed the classic and original version of DOOM game for Android operating system, and at the same time with its 25th birthday, Published it. The upcoming version is a remake of the Resurrection game in 1993 with its add-on pack (The Flesh Consumed) for Android phones and tablets, which you can download in full from Usroid. The DOOM game series should be considered one of the first games made in the style of First Person Shooter. This game established a new dimension of the games of the 80s and 90s and was one of the first games that introduced the first person view and two and a half dimensional designs to the game industry. In the DOOM game, you play the role of the protagonist, a big hell where all the inhabitants are demonic creatures and monsters! You have to go with the firearm you have to slaughter and destroy these creatures. Such an idea made the game of Resurrection one of the first in this genre, even in terms of content.

In the game DOOMIts designs are exactly in the old and classic style, you have to fight the evil creatures in a hellish land on another planet. According to the story of the game, you, in the role of a research team from the International Union Aerospace Corporation, are commissioned to go to Mars and exploit the resources of this planet. But unaware that the planet is controlled by evil creatures, you have entered this hell and your only way to survive is to face the enemies and destroy these monsters. DOOM game can also be considered the first network and multiplayer game in the world! This game is the first title that reconstructed the space and 3D environment at that time. This high popularity and fame even led to the production of two movies, DOOM 2015 and Doom: Annihilation.It also has a score of 4.0 out of 5.0 . If you are also a fan of classic action games and you want to know what the first FPS style games were like, then download the final and purchased version of DOOM for free on Usroid and from one Enjoy the classic arithmetic action game.

Note: This game is only available for Android 8.0 and above and will not be installed and run on Android below 8.0.

– Download the data file and decompress it. Copy the com.bethsoft.DOOM folder to the Android / obb path of the device’s internal storage. 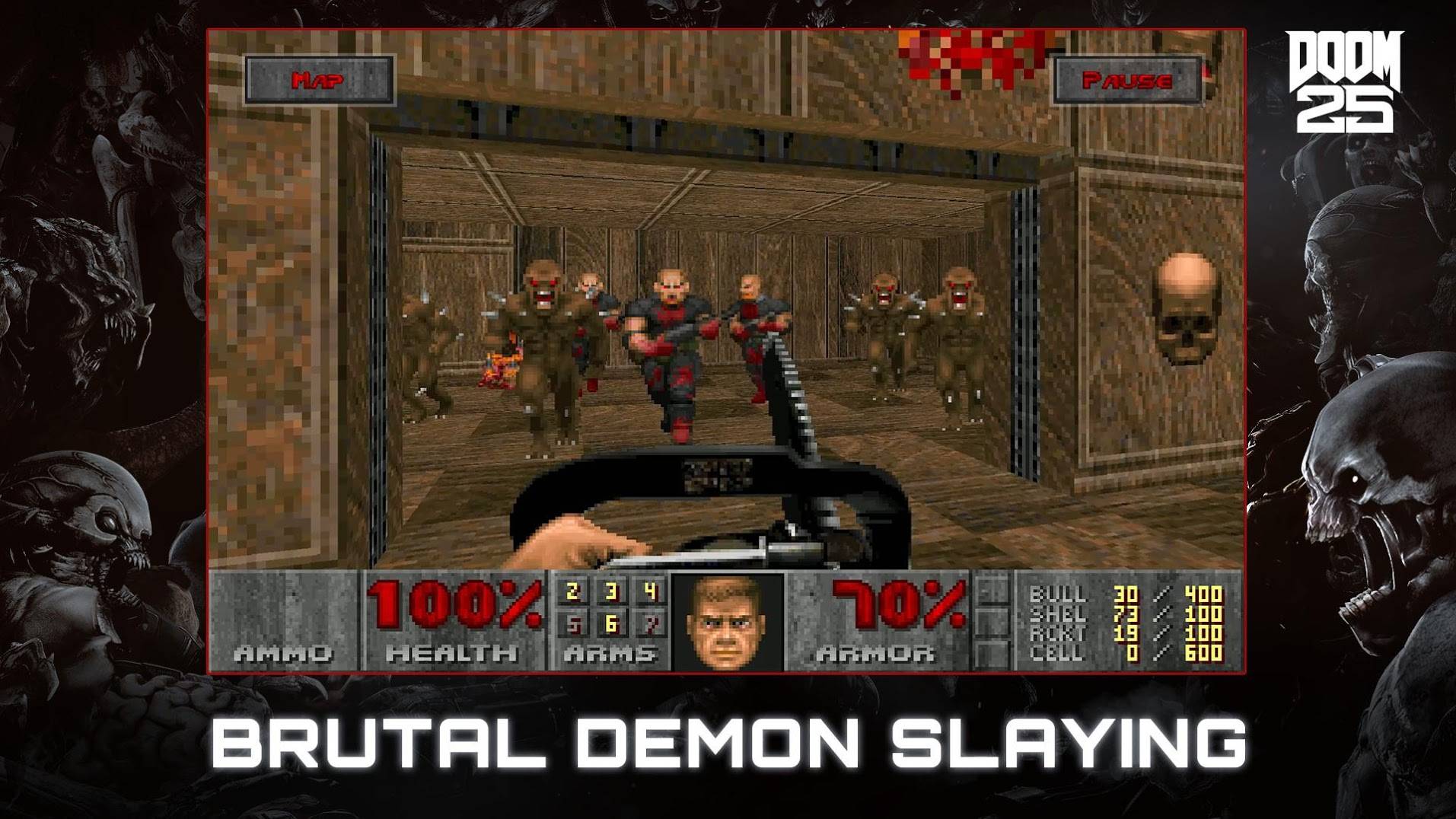 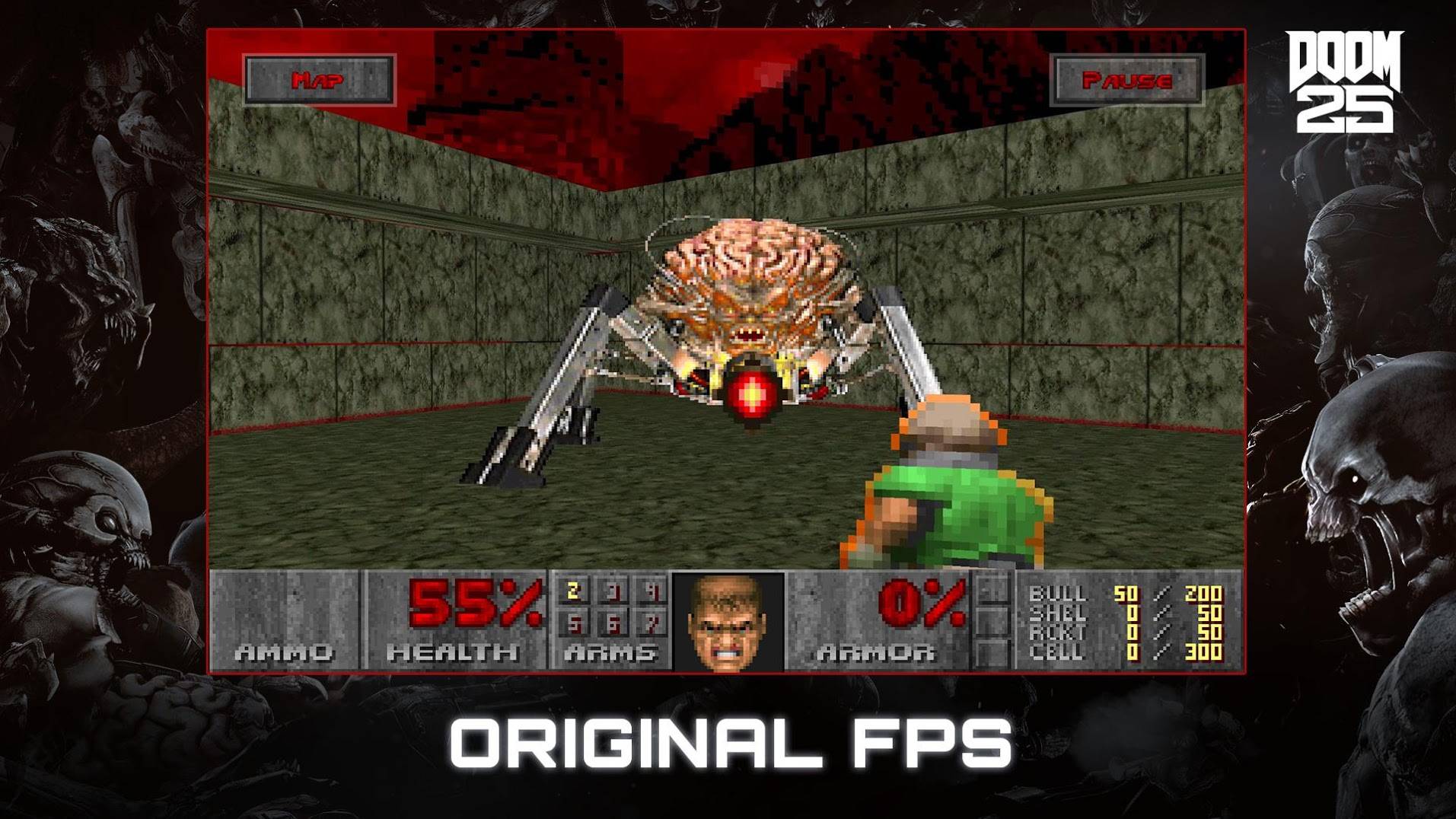 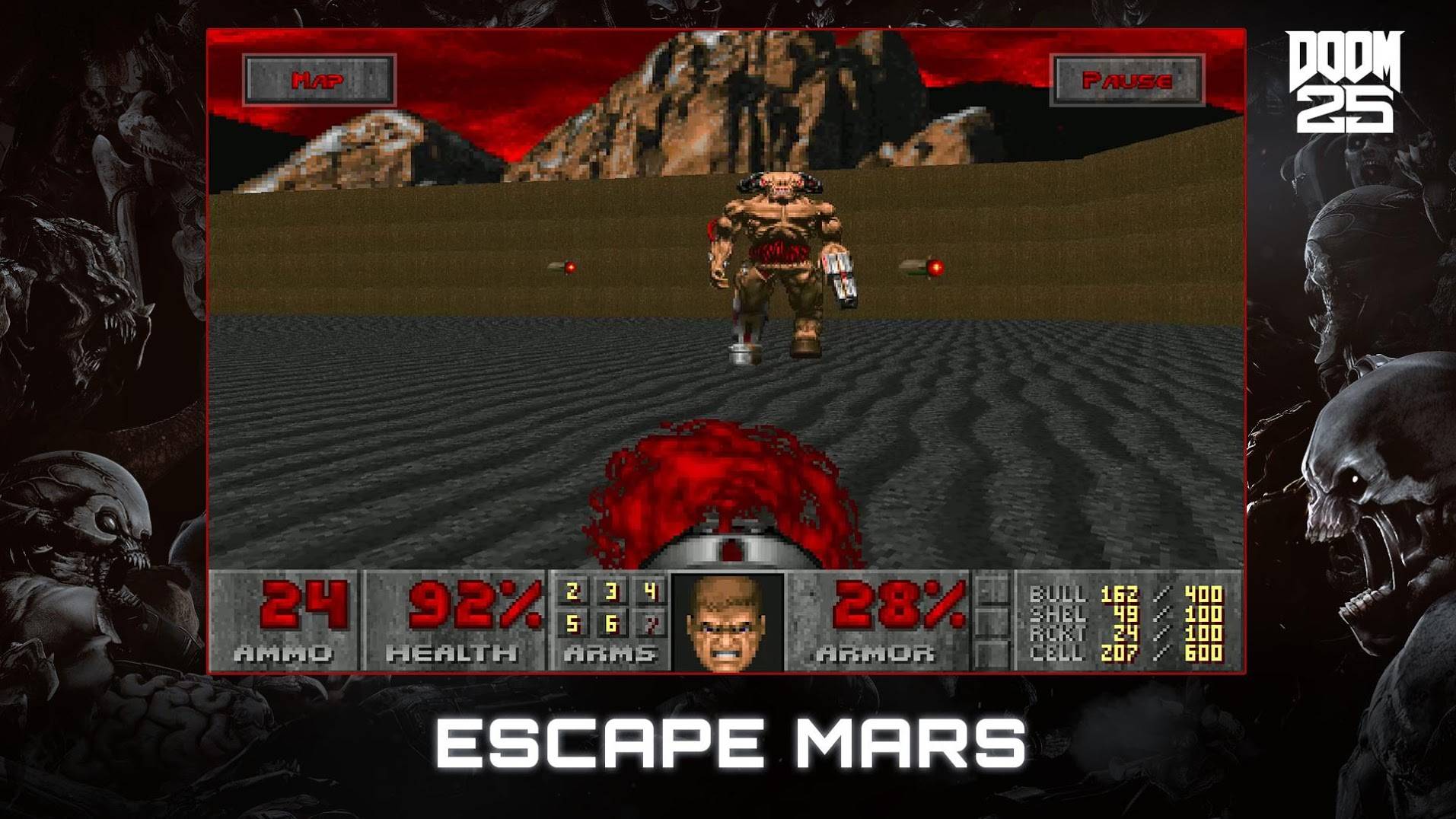 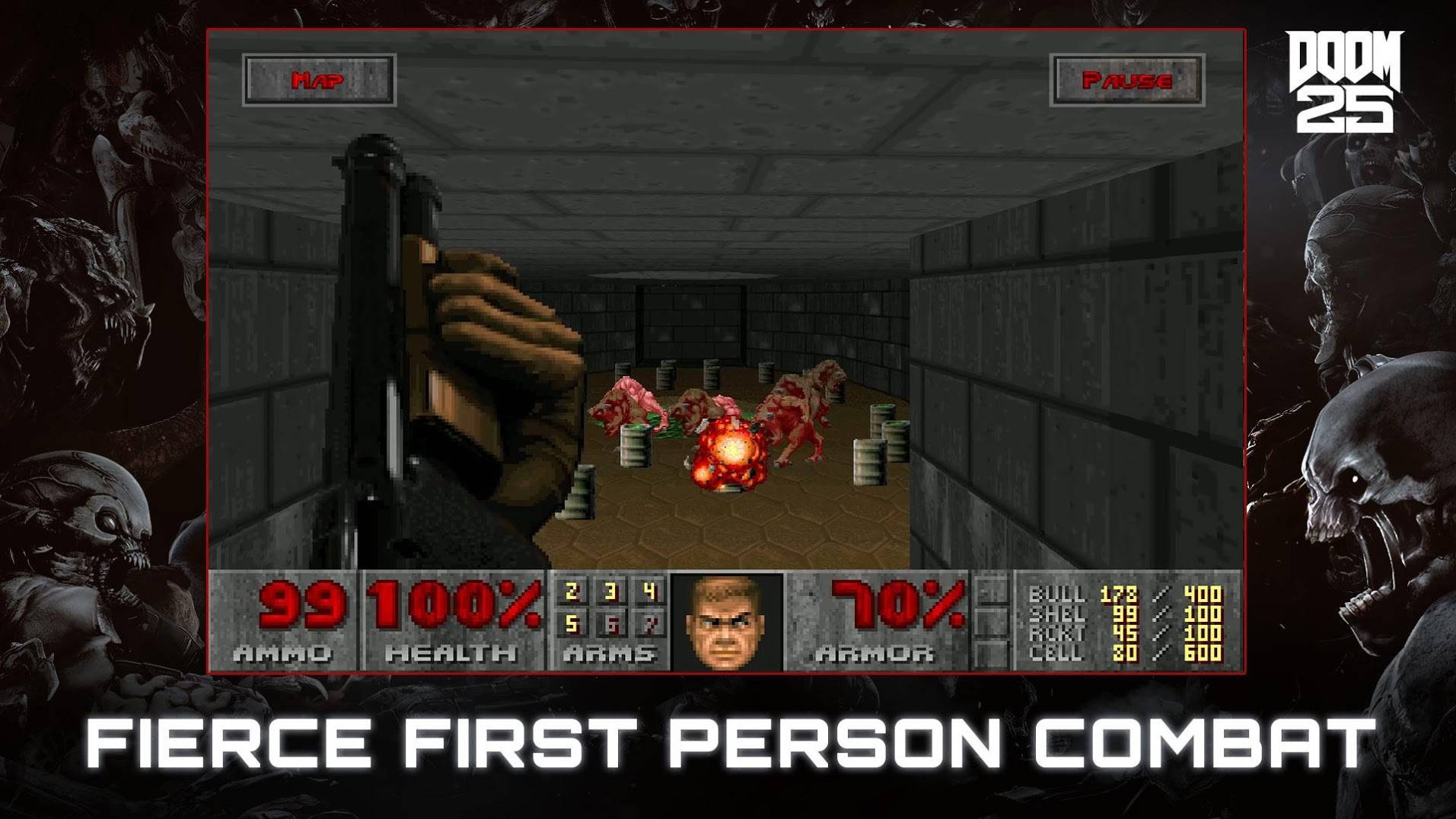 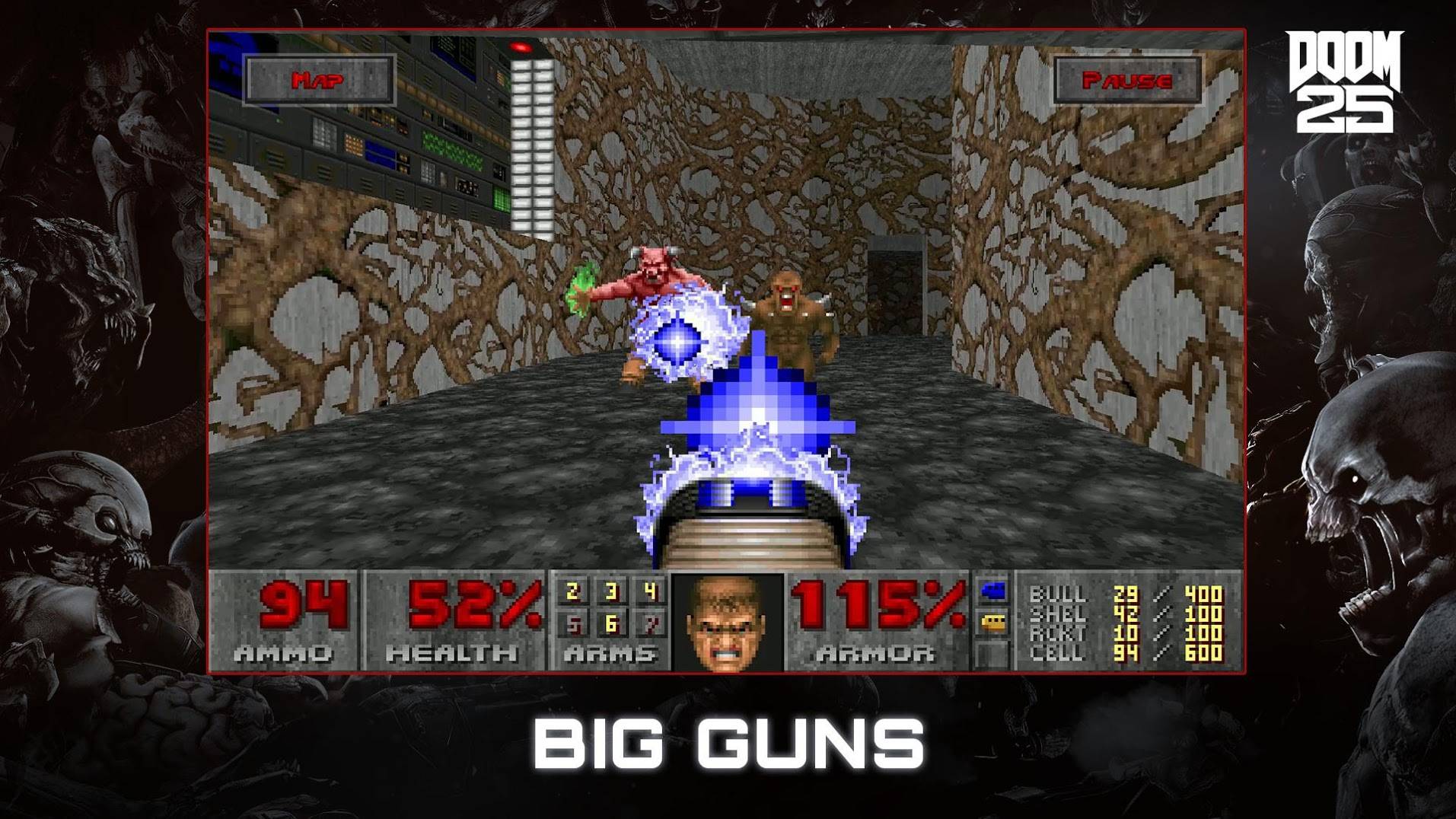