DOOM II v1.0.8.174 – Action and first-person game “Resurrection 2” for Android with data file + trailer of
the purchased version and the full game at a price of $ 4.99, presented to you
tested with offline performance

DOOM II – Resurrection 2 The second part of the great DOOM game franchiseWhich was produced and released in 1994, one year after the release of the first part, and followed the story of the previous part with a new story. Just like the first part, this game was also remade for the 25th anniversary of this series of games and was released for the Android operating system. Bethesda Softworks LLC was responsible for making and releasing this remastered version. This game is available for sale at a price of $ 4.99 in the Google Play Store, but at the end of this article, you can download this game as purchased from Usroid. DOOM II game is produced with the style and context of the first part, and at first glance, there is no difference between the two games. However, this game is expanded and a little different than the first part. Of course, these differences are not seen in the gameplay and graphics of the game and only exist in its content. In DOOM II, not only do we see the same original classic game as a ported game again, but also more complete parts and more stages are included in this version. According to Bethesda Studios, there are 20 additional stages in this game. These steps were not in the original version and were provided in separate updates, but now in the mobile version of DOOM II we see the collection of all these steps in a complete package.

In the game DOOM IIThe story follows the first part. After humans get rid of demons on other planets and return to Earth, it is not long before the army of demons and demonic creatures invades the planet Earth for revenge. This fierce invasion will turn the planet into a great hell and a great war between humans and these creatures. You have to take up arms as the protagonist and work to defend planet Earth and save the lives of humanity. In DOOM II, there is a lot of focus on shotguns, especially Super Shotgun weapons, and in fact, your main weapon in this game is shotguns. Your missions take place in different parts of the planet. You must go to hell and save humanity from extinction by setting fire to enemies and monsters! Do not forget that in this dangerous path there are giant and scary enemies. Satan’s army is waiting for you nearby!Usroid has prepared this game in a tested form for free download by preparing the purchased version of DOOM II game along with its data file.

Note:  This game is only available for  Android 8.0 and above and will not be installed and run on Android below 8.0.

– Download the data file and decompress it. Copy the com.bethsoft.DOOMII folder to the Android / obb path of the device’s internal storage. 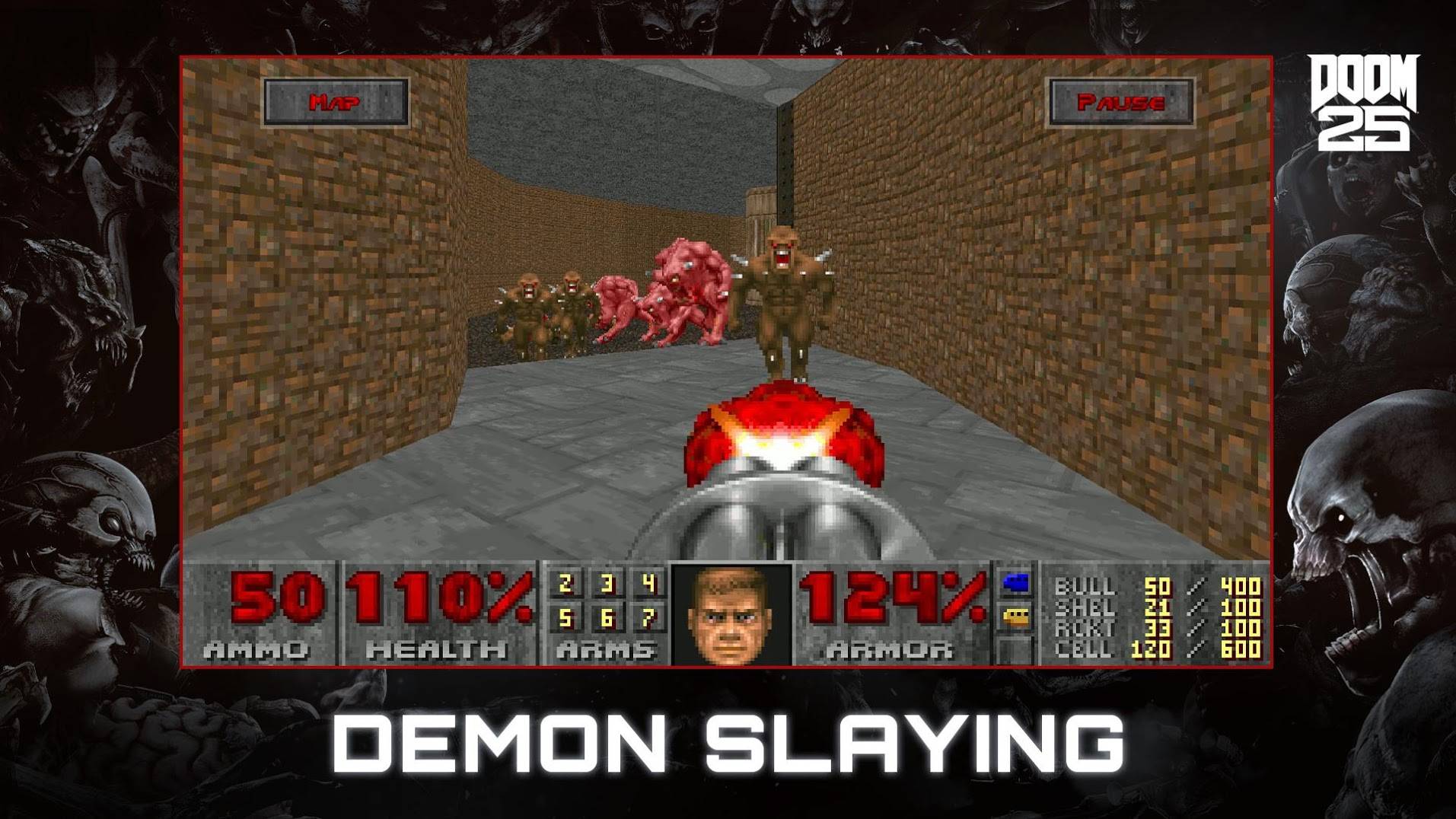 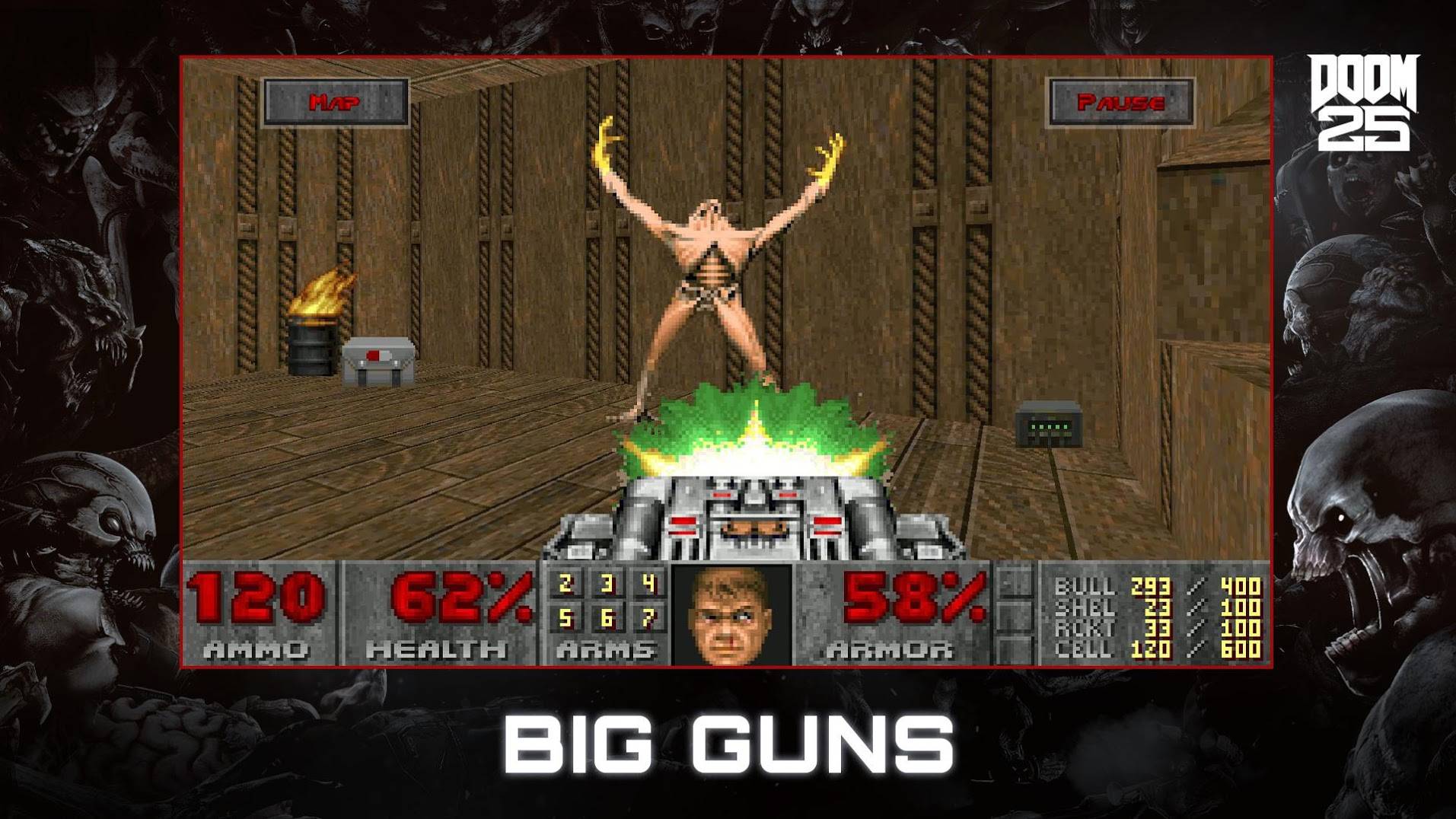 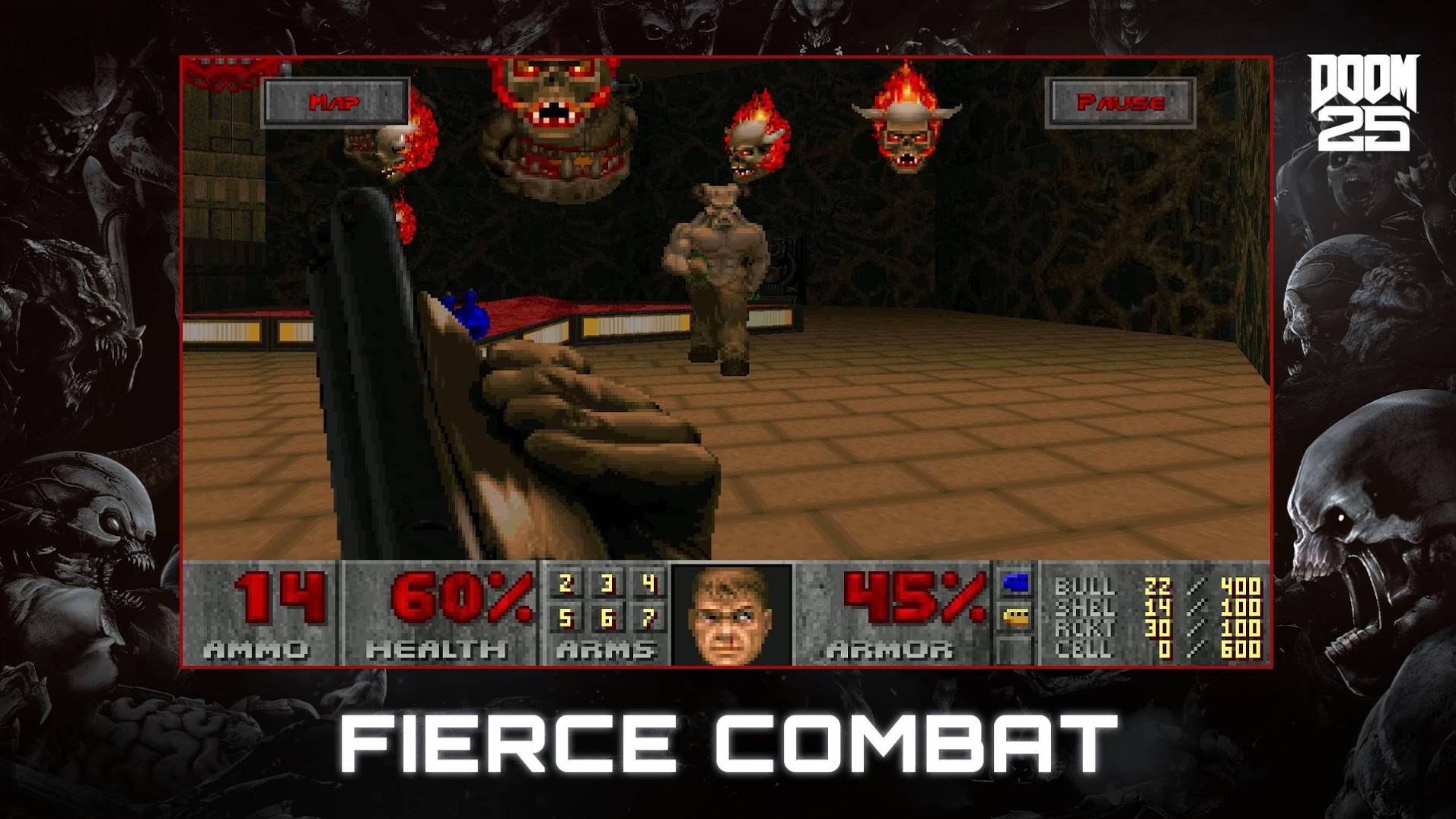 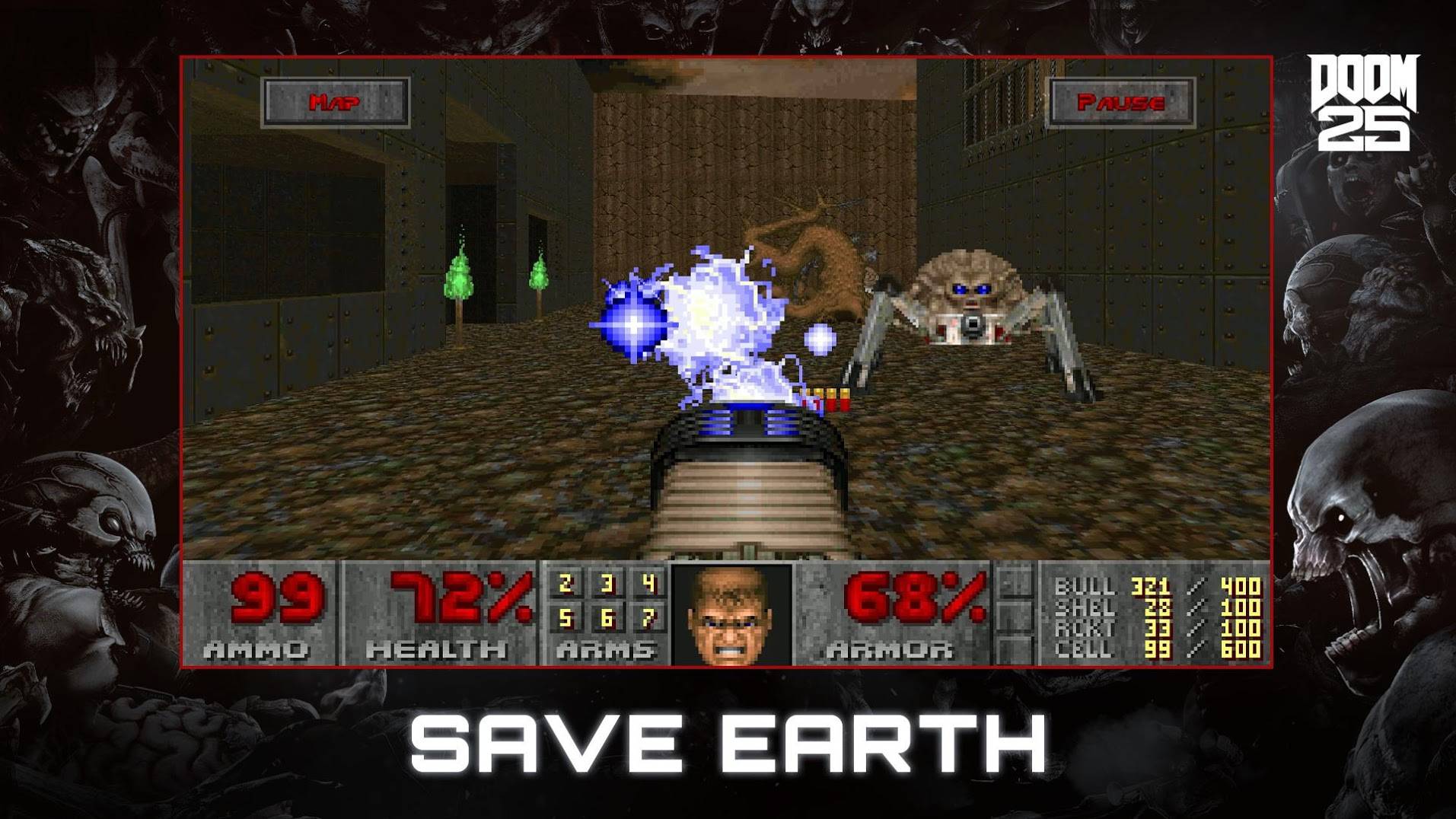 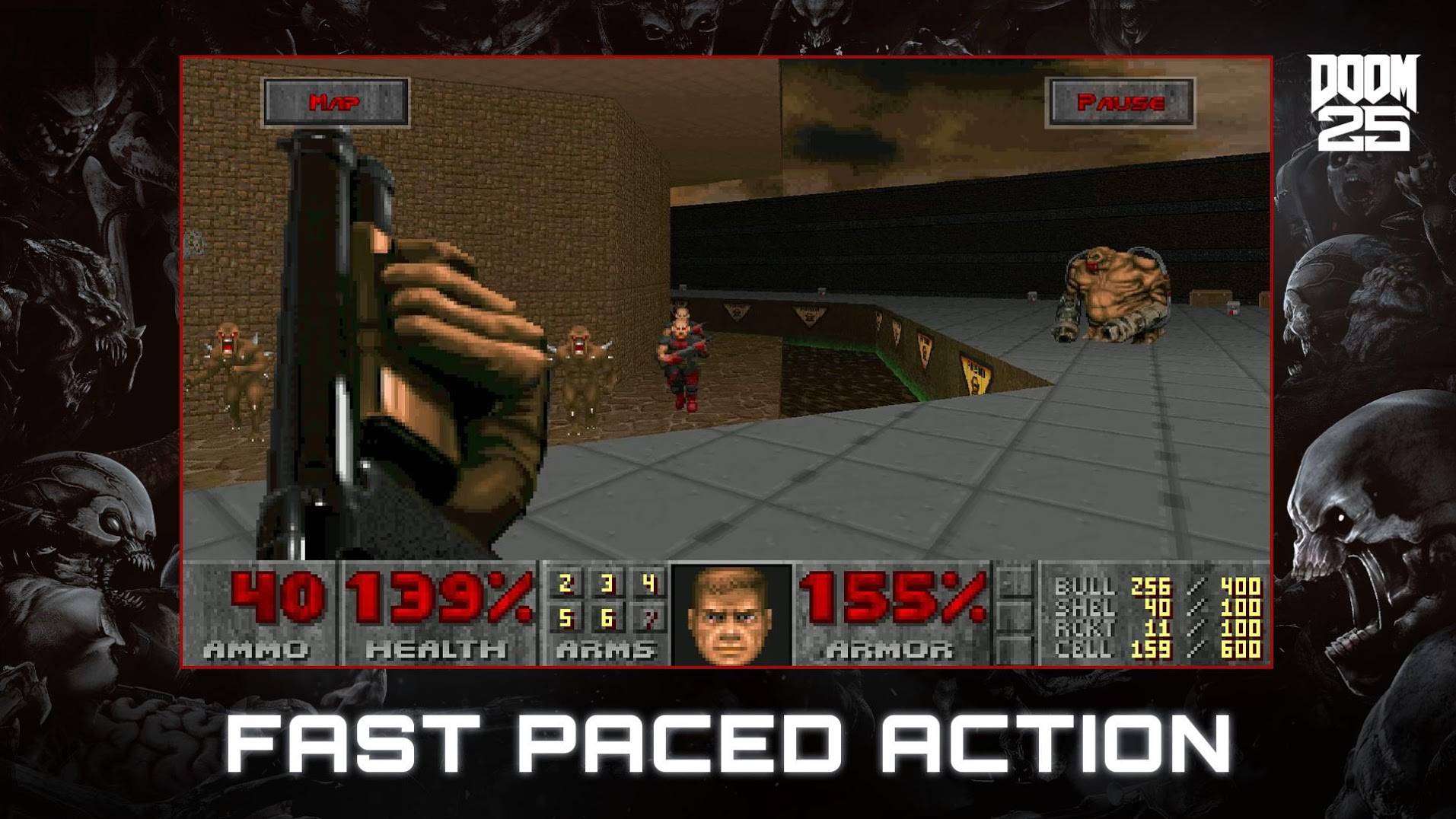