DOOMTANK – Punishing Tank is an action-packed game from Unibear Studio in the style of retro classic games, which has been released on Google Play for a relatively high price of $ 5.99 and can be downloaded for the first time in Iran.Download this attractive game in full and without restrictions from Usroid. The gameplay style is fast-paced action. In this type of games, we see a series of attacks by the game characters, high destructibility, multiple explosions and high speed of movements, and DOOMTANK game is completely compatible with this style in this regard. In this game, you are in the role of a savior of humanity, who of course spends a lot of violence. You are stuck in a room in the heart of hell and your hellish enemies are attacking you from far and wide. Your task is to stand against them with all your might and destroy all the enemies by shooting at them. You are riding on a double-barreled tank and you can shoot bullets at the enemies from two different barrels. During the game there are several different types of weapons with special powers that you can find and unlock. Also, many special forces (Power-ups) can be used between game stages. Forces that can be used in critical situations due to their lethality, and with their help, you can destroy a large number of enemies at once.

Your enemies are minions and demonic creatures that will attack you in aggressive waves in small groups and over time. In order to be less damaged in the face of enemy attacks, you can use armor or, if damaged, repair and restore the health of your tank at an appropriate time. DOOMTANK game is in fact a record-breaking and very challenging game in which you have to endure difficult challenges to set high records. As time goes on and you gain superiority over the enemy groups, the situation becomes more difficult for you and hundreds and thousands of enemies enter this room to destroy you! In addition to ordinary enemies, in this game you have to face several giants (bosses) and try to survive against these monsters! DOOMTANK has more than 20 stages with exponential difficulty and its final stages will be unrepeatable challenges for you. The game’s simple and pixel graphics and design remind you of old classic games. Due to the type of design and gameplay of the game, you have a good view from afar and around you, and from the top view, you can monitor the movements of the enemies well. DOOMTANK with acquisitionA full score of 5.0 out of 5.0 leaves no special talk. You can download the purchased version of this small game from Usroid and entertain yourself with an exciting and full of tension game for a long time! 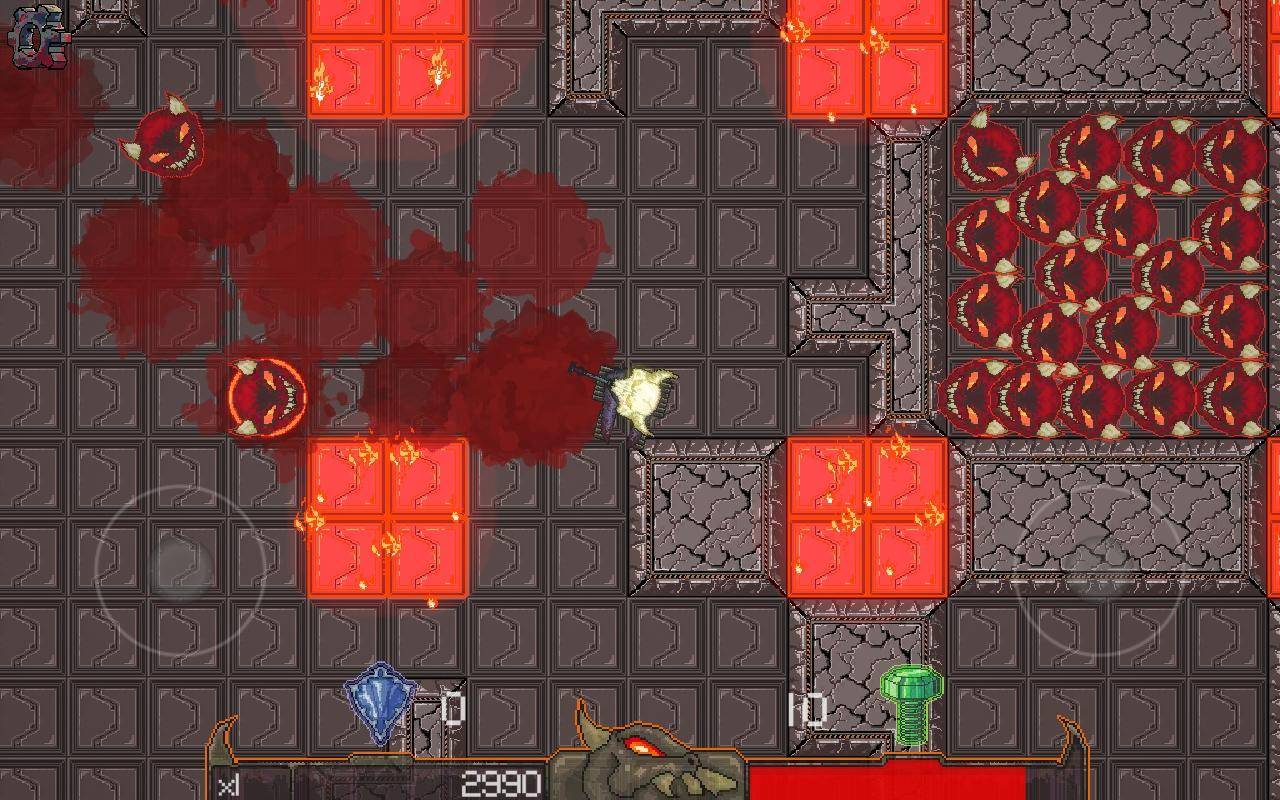