Door Kickers: Action Squad – Special Commando Group is the name of another part of the interesting and creative game series Door Kickers , which has been made and developed as the second official part of this series of games by KillHouse Games Studio in Romania. The game was first released for home computers and then, after nearly two years, a mobile version was made for the Android operating system and sold for $ 2.99 on Google Play. Usroid, as always, is by your side and at the same time with the release of this game on Google Play, it has been purchased and tested and made for the first time in Iran.Prepared for free download. Door Kickers: Action Squad was created after the great success of the first part and was designed and released with the same features but with interesting changes. Side Scroller Action style of play with classic and so-called Old School designs, which is made by adapting games from the 80’s and 90’s. In this game, you play the role of a SWAT strike group whose mission is to attack the headquarters of criminals and criminals who have overshadowed the security of the city. Not only have these criminals not responded to the request to surrender to the police, but they have continued their criminal activities more than before, and the security officials have no choice but to confront and destroy them. This group of criminals is dangerous, and that’s why the authorities decided to use a professional group to overcome them, and that’s why they chose you!

In Door Kickers: Action SquadYou have to go to the base of these criminals and suddenly enter their houses and shelters like special commandos and destroy them all! This is called Breach, and the commando group is known as Door Kickers because they attack the criminals by knocking on and removing the front doors. Door Kickers: Action Squad is very action-packed and engaging, and its missions are very exciting and stressful. In this game, you have to choose your own team and the equipment and weapons you need before starting each stage, and go to the enemies by starting the stages. Don’t forget that you shouldn’t give them a chance for a moment because they will either run away or shoot at you! Some of them will even kill you with suicide bombings; So you should not allow them to move and you should destroy them by shooting at them very quickly. You have a variety of missions, including rescuing captives, defusing bombs, and so on. To succeed in Door Kickers: Action Squad, you must be familiar with specific tactics and military strategies in action games, otherwise your efforts may be ineffective. In this game, there are 6 different characters with special abilities that you can choose according to your own taste. Each of these characters can also be upgraded. There are also more than 60 weapons and accessories in this game. On the other hand, 20 different types of enemies are waiting for you in more than 80 stages, each with special abilities and weapons. Apart from the main part, there is also a section called Zombie Invasion in this game, which is a different and interesting and of course challenging part. Door Kickers: Action Squad with retro-like graphics and pixels combined with a dynamic and very exciting gameplay can be an attractive, different and very fun game. The latest version of the game purchased from serversUsroid can be downloaded. 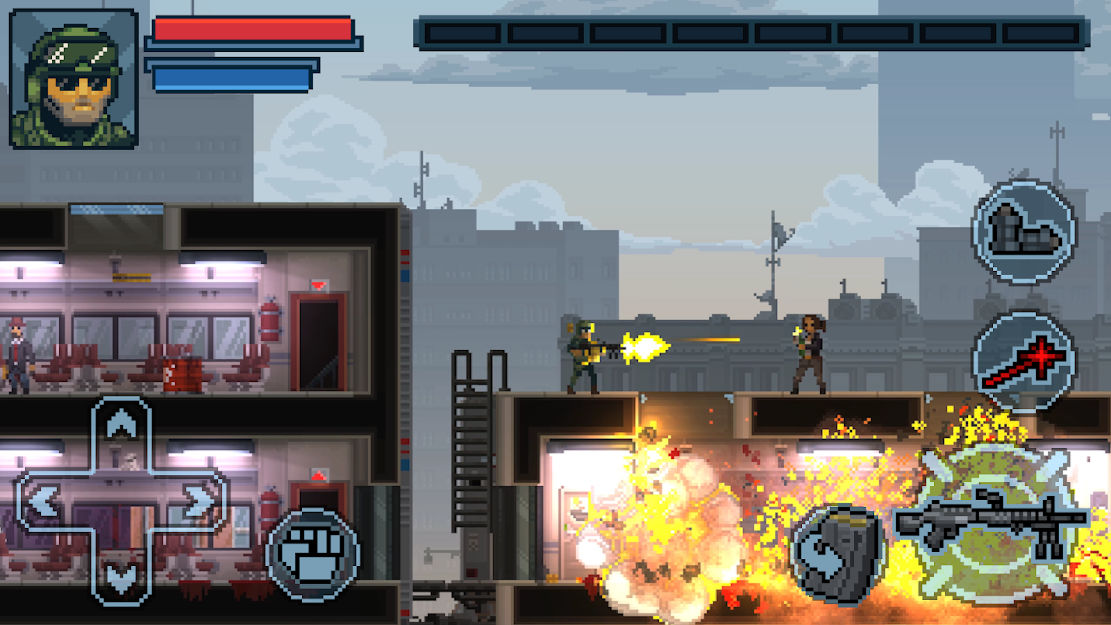 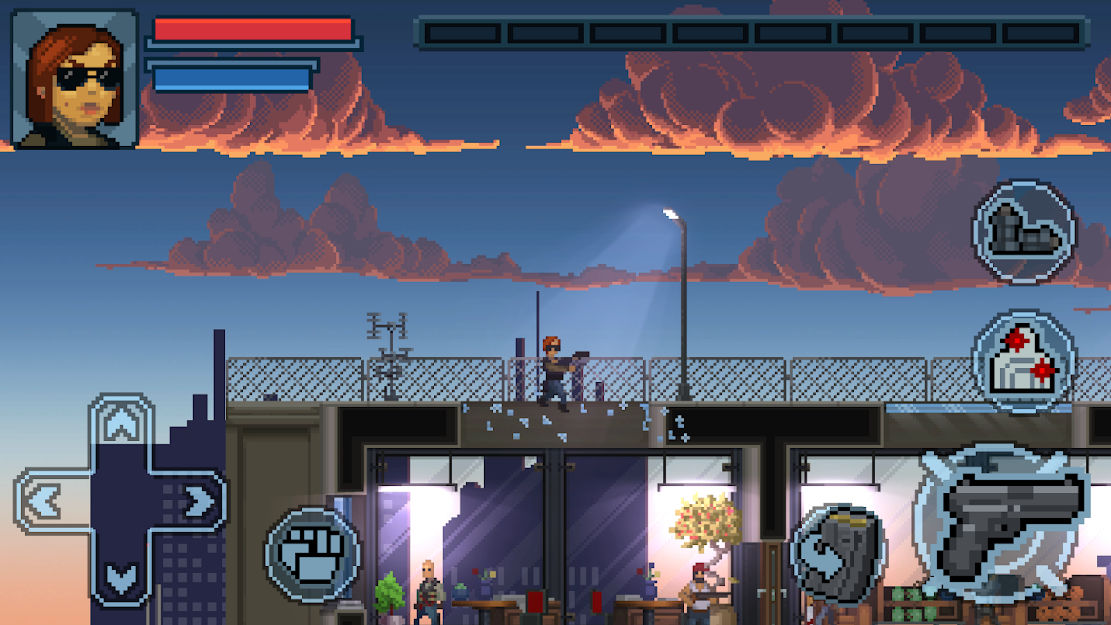 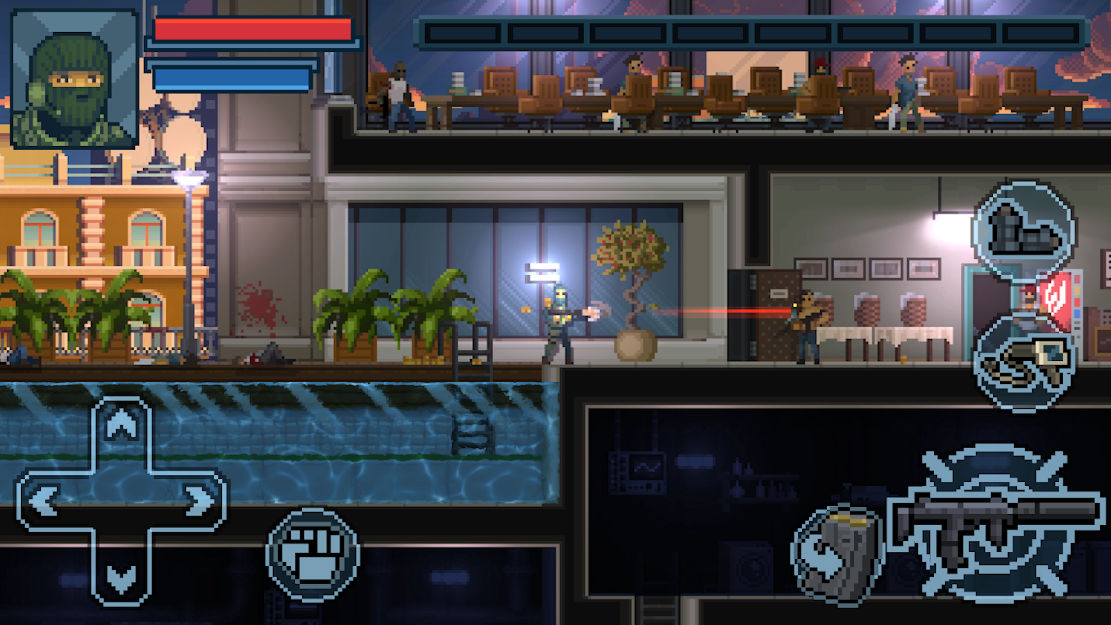 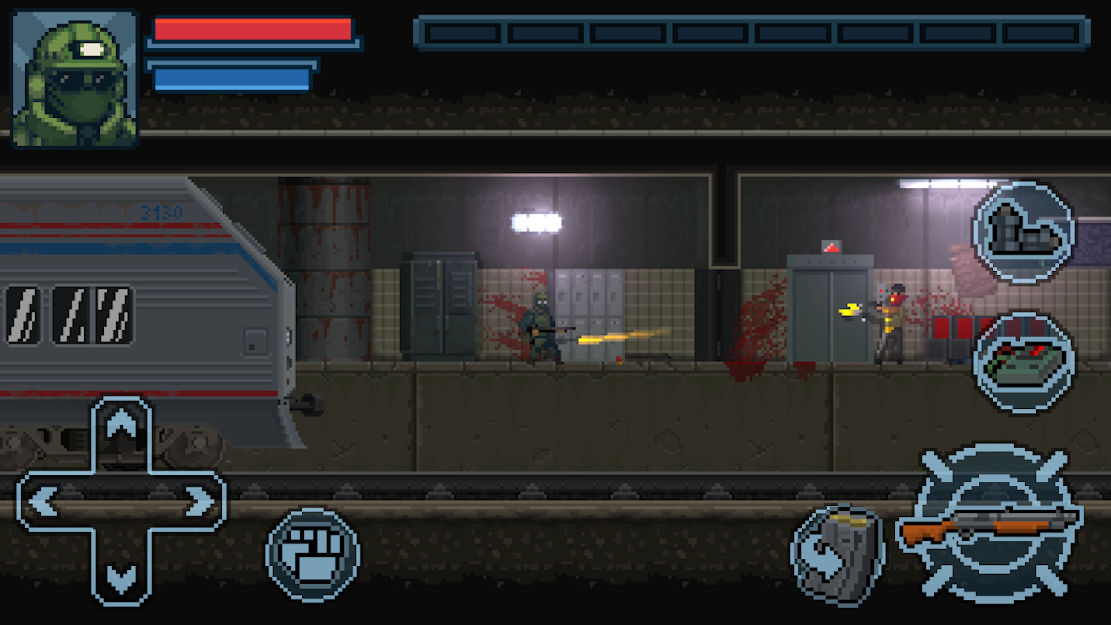 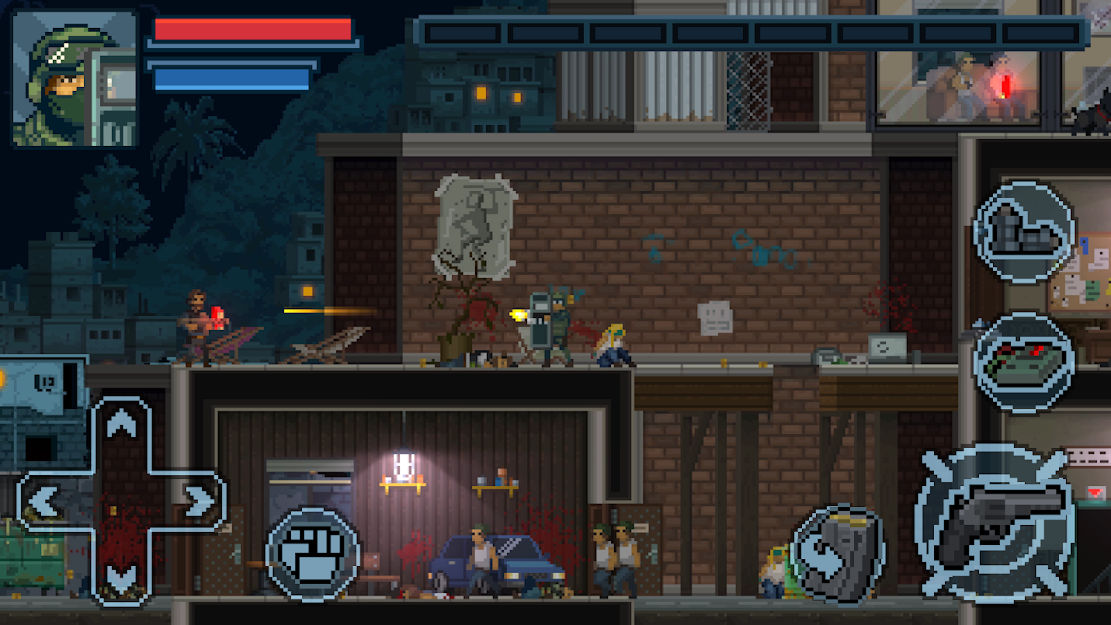