Doraemon Gadget Rush in Persian ” Take back Doraman tools ” Fun and addictive game in the style of puzzle-action games from Animoca Studio for AndroidWhich is offered for free in the big Google market and has been downloaded more than 10 million times by Android users around the world and is one of the most popular! In this game, you help Durman to take back the tools of the future from technology thieves with an alien appearance! You blow up these aliens by putting together three or more jewels of the same color on the screen, and you have to put as many jewels of the same color together in the limited time you have with the least number of touches! Put several groups of jewelry of the same color together continuously so that you can use aids such as “time fever” and other rare aids to earn points and destroy more! You can also unlock Duraman friends like Nobita, Shizuka, Takeshi and Soneo and use their help!

Game Doraemon Gadget Rush now on Play Store has a rating of 4.2 out of 5.0 that we Usroid the latest version along mode to download the data if desired we can proceed to download the installation file, you two; The game has been tested by us on the LG G3 Android device with Android 5 and has been run offline. 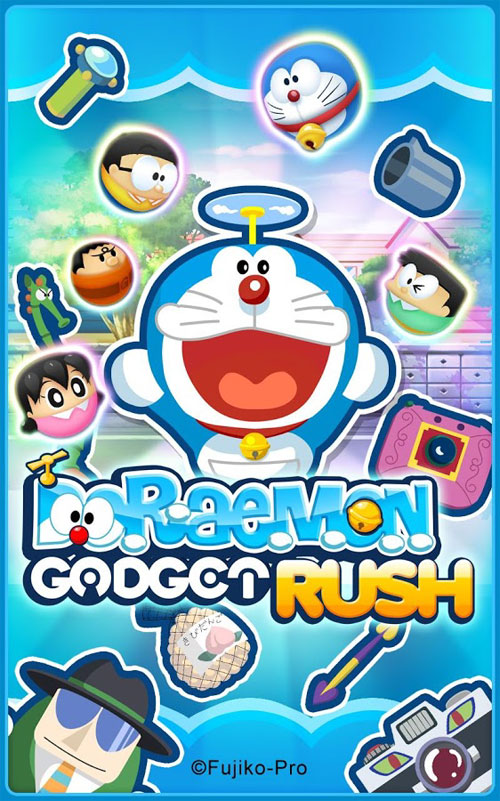 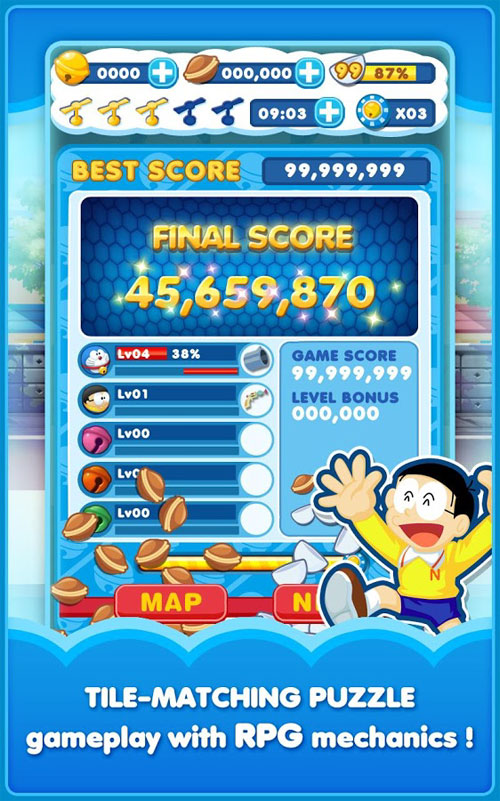 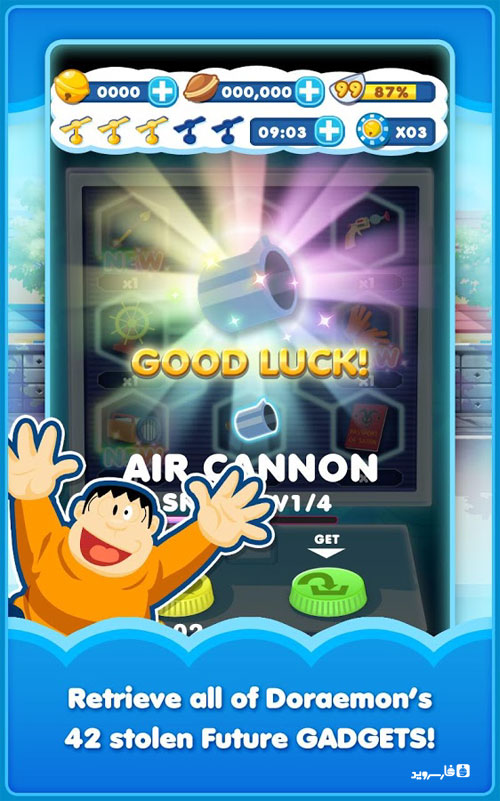 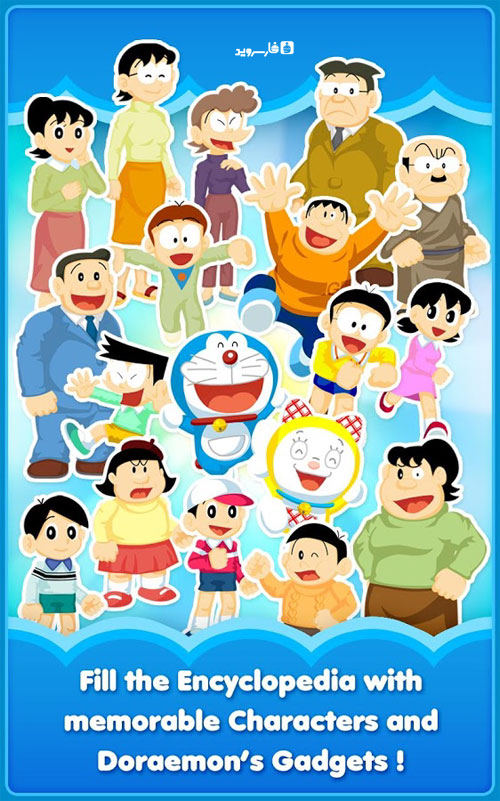 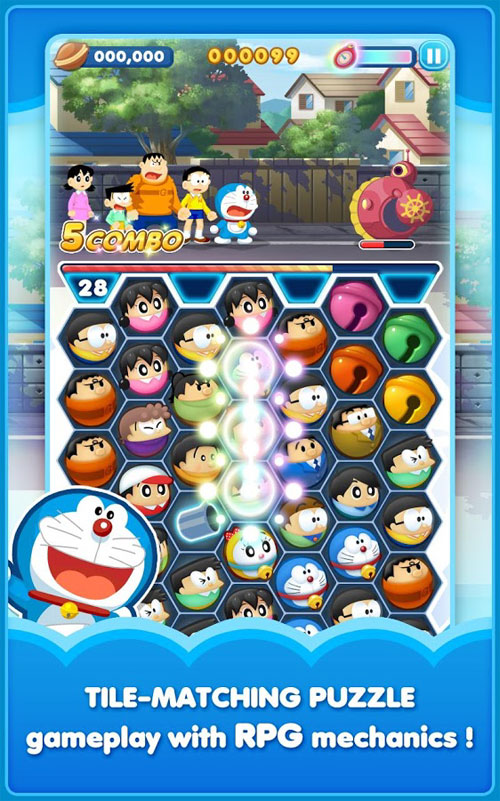