Dota Underlords v1.0 – Famous and strategic game of Dota rulers for Android
Game release simultaneously with the release on Google Play for the first time in Iran
Tested with online
special offer

Dota Underlords – Dota Underlords is the title of a game from the world of DOTA, which is one of the most popular and popular strategy game series of the last two decades. Dota Underlords is actually a standalone game from the DOTA game series, which has now made its way to Android phones and tablets for the first time, in addition to the PC platform and game consoles. The mobile version of Dota Underlords is also produced by the original manufacturer, Valve Corporation, and has been released for free on Google Play. Just a few hours after the release of this game, we have prepared it and provided it for you dear ones to be the first Iranian websiteThe publisher of this game is with you. Dota Underlords game is offered with the same features and elements as the Dota game series. Now, after years of waiting, you can experience the same breathtaking competition on the game’s servers this time on your Android phone or tablet. In this game you travel to a supernatural world. A world in which all kinds of heroes and legendary creatures in small and large groups are competing for power. You should not be left behind either. You have to gather and employ different heroes, create a monopoly union, and with the help of the heroes you have, go to the enemies and try to win. You can upgrade your heroes and characters during the game. However, the whole game is about the rivalries and battles between different unions and colonies; But there is a story behind this uproar. According to the story of Dota Underlords, there are different underground lands in DOTA world. One of the best of these lands is a place called White Spire. This area is considered by many DOTA world champions because of its attractive and good features. Whi te Spire is home to many species and races, and because of its order and law, it has never been the scene of chaos. Unfortunately, one day the leader of this land, Momma Eeb, who was respected by all the people of this land and the surrounding lands, is assassinated. This causes the people of this land and other neighboring lands to clash with each other and try to occupy this land and take over its leadership. This will cause chaos and great war. You and your friends cannot remain silent in the face of this chaos and disorder, and you must strive for power like many other clones.

Game Dota UnderlordsHas team and individual rankings. You can also get better rankings by earning better points to be in the Valve world rankings. Fantasy graphics and attractive game designs along with fun strategic gameplay and role-playing, has made Dota Underlords a very attractive and competitive game. You will be able to use a variety of heroes with their own characteristics and by upgrading them, increase your offensive and defensive force against rivals. The great thing about this game is its Crossplay capability. This means that you can have this game both on your mobile and on your computer (Windows) and manage an account at the same time. For example, you can play it on your computer in normal times and continue the rest of it on your Android phone or tablet whenever you want! Fortunately, Dota Underlords also has an offline and training section with 4 different difficulty levels. In the online section, you can easily create a public or private room and invite your friends to it, or go to other people’s rooms and compete with them in 2 to 8 person competitions. Unbelievable, but this incredibly beautiful and attractive game was downloaded more than 1,000,000 times on Google Play in just one day! Also, the score that Dota Underlords has gained so far from the users’ votesThe score is 4.0 out of 5.0 . Right now, you can download the latest official update of the game as a test from Usroid .

– The game is online and no integrated data has been provided by the manufacturer for it
– Game data (nearly 500 MB) will be received directly from within the game after the first run. 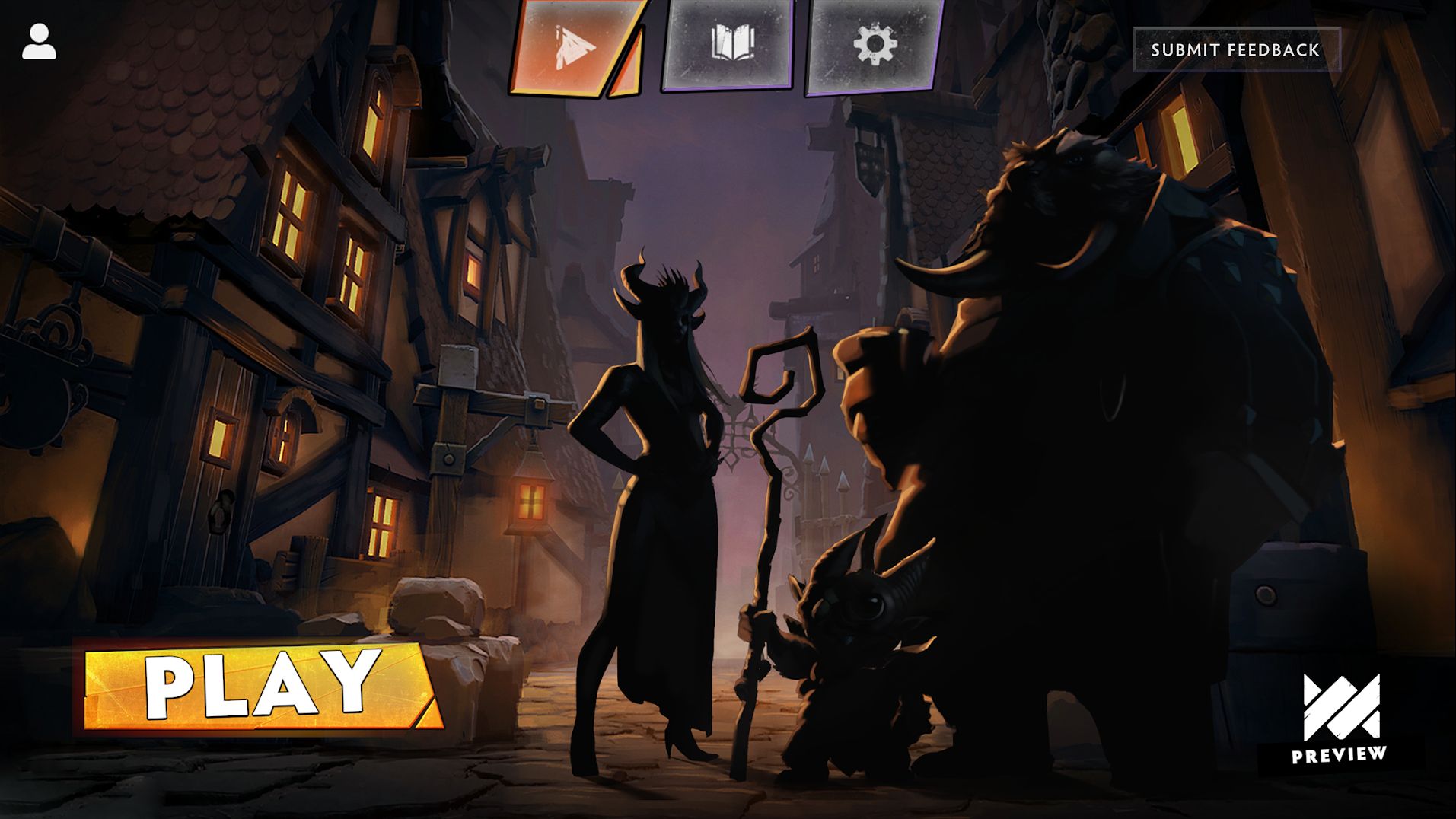 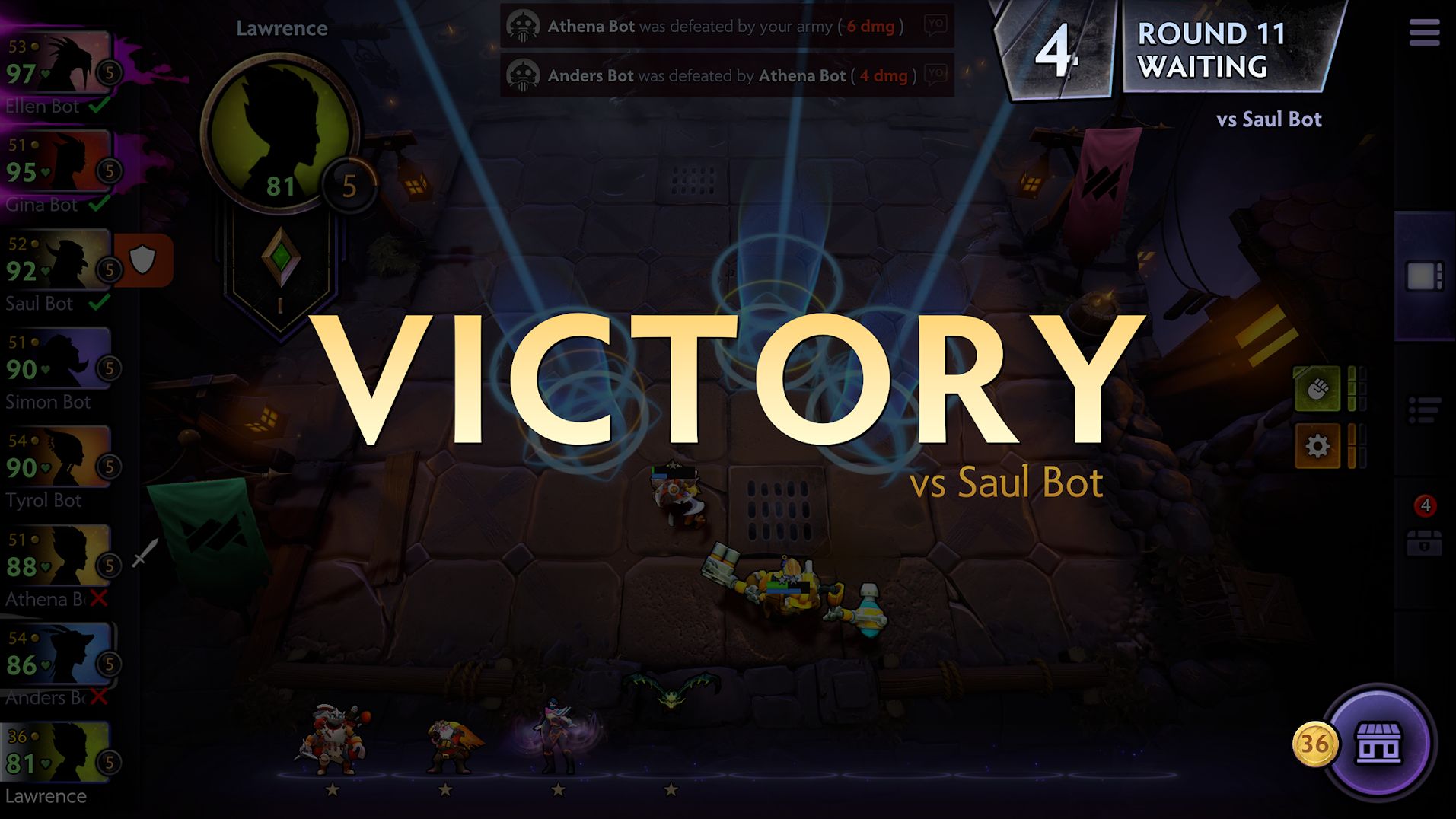 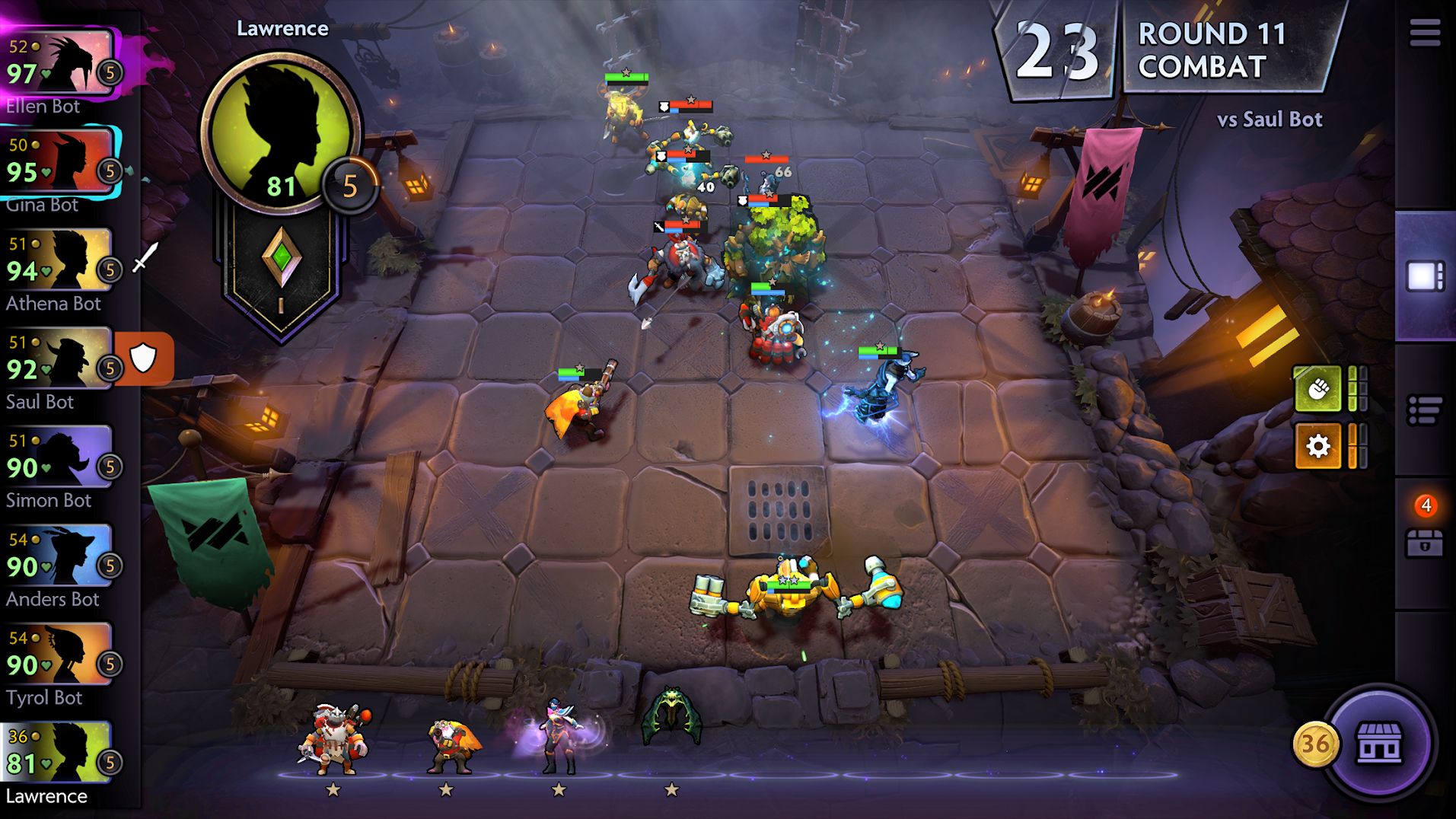 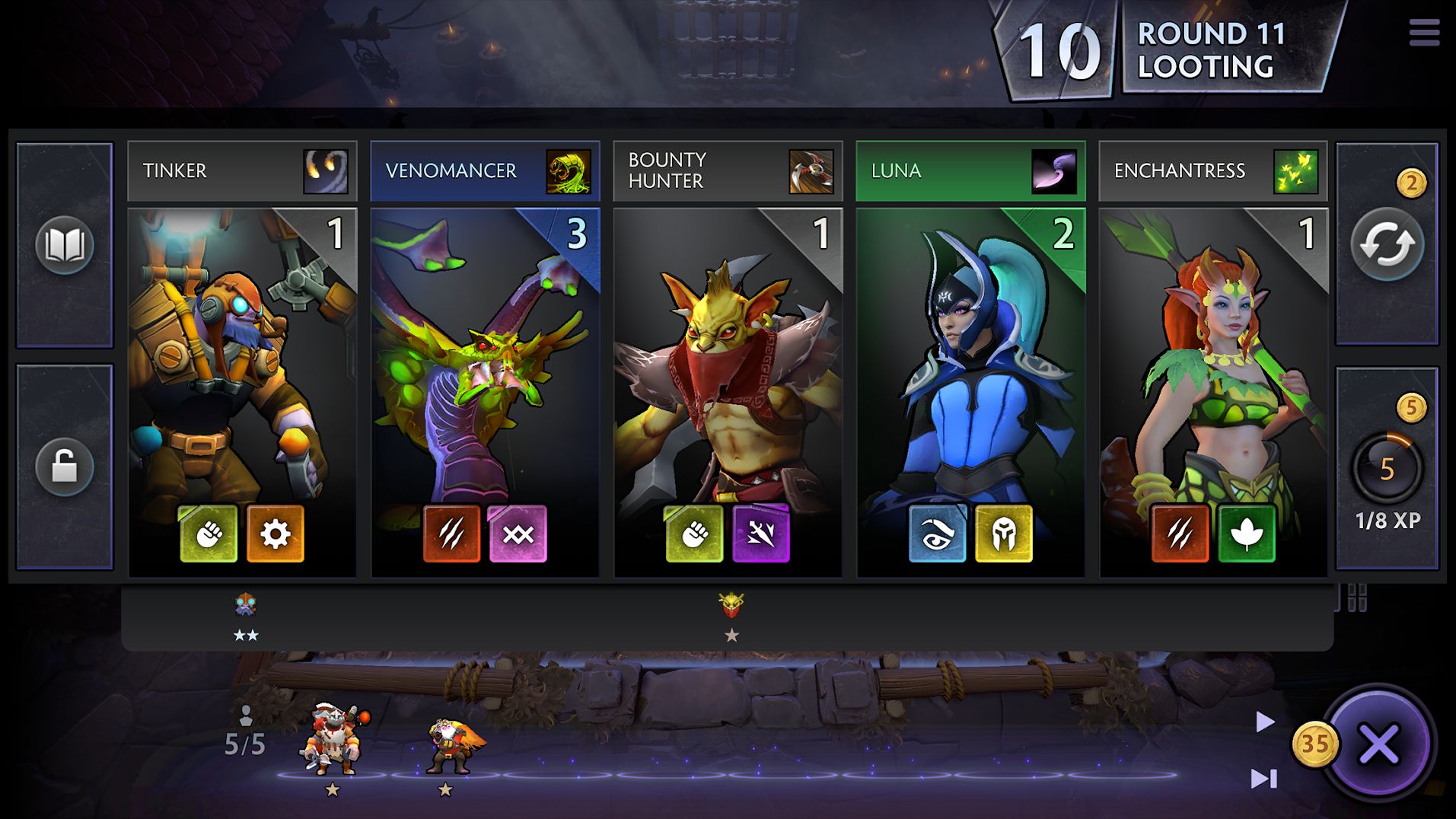