Download Double Tap Premium 1.4.2 – Android app on and off quickly

Double Tap v1.4.2 [Premium] – The app quickly turns on and off the Android screen
Premium and full version of the app for $ 4.99

Android smart devices use several different buttons to perform some activities; Sometimes these hardware keys get problems due to continuous use, which are very expensive to repair. One of the most important hardware keys in smartphones can be considered the power button; In such a way that everyone touches this button hundreds of times every day and tries to turn the screen on and off. The power switch may have problems after a while due to high usage by users, so users can use a variety of tools to minimize this problem. Double Tap PremiumIs the title of an application to quickly turn on and off the Android screen, which was developed by Vina Space and published on Google Play. This software helps users to activate or deactivate the screen without having to touch the power button. There are several different modes for you to enjoy this feature, one of the most important of which can be considered touching the screen. By double-tapping the screen, the screen turns off, and by touching the volume keys, the screen turns on. In addition, face recognition mode can be used to turn on the screen, in which case the smartphone must support the hardware you need. In the environment of this startup, there are several other personalization options available to users that everyone will be able to adjust according to their wishes.

Double Tap Premium application  with various features and options has been able to get a score of 4.1 out of 5.0 by Google Play users by paying within its $ 4.99 network, which you can now download the latest premium version without any restrictions from the web. Get the popular and popular Usroid site. In our version all the features of the program are available for free. 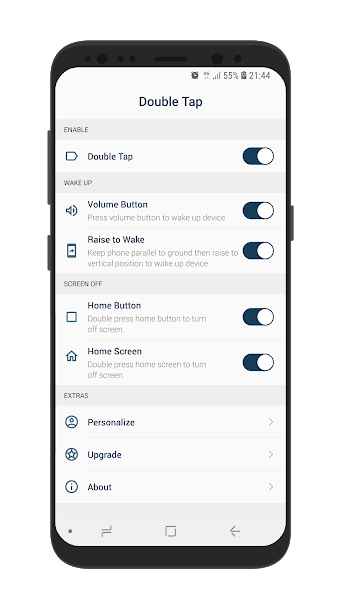 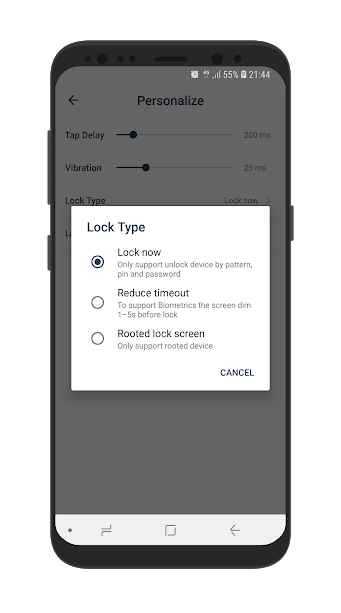 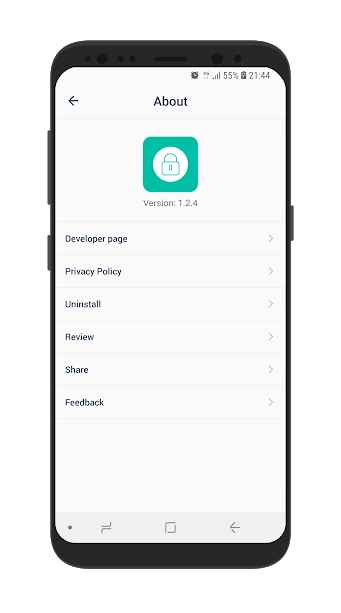