Empire Rush: Rome Wars & Defense – Attack on the Empire: Rome Wars & Defense is a simple and clean title in the style of tower defense strategy game (Tower Defense), which was developed by the Argentine studio Free Games for Everyone. Published the free form on Google Play. This game is prepared by Usroid after the necessary reviews and will be introduced and offered as the first Iranian website to serve you, dear friends. This game is based on titles such as Grow Empire: RomeIt has been produced and its features are very similar to several other games. Empire Rush: Rome Wars & Defense is a strategic style game, tower defense as well as a card in which you play the role of a warlord of the Roman Empire. Enemies have attacked the city gates and your command center in the Roman Empire from all around, and now the lands of this great empire are in danger of destruction. You must send your forces to confront the enemies with the right tactics and management and send them to defend the Roman borders. You have to use the offensive and defensive forces at the same time to get a favorable result. Therefore, it can be said that Empire Rush: Rome Wars & Defense is a tactical game and requires proper management and correct decisions.

In Empire Rush: Rome Wars & DefenseYou can use a variety of forces and soldiers. Soldiers can be swordsmen, spearmen, archers, and so on. You can also use defensive towers near the territory to try to stop the enemies if they succeed in defeating your infantry and moving towards your command center. If the enemies can reach the main building and destroy it, you will lose, so you must prevent them from advancing as much as you can. In Empire Rush: Rome Wars & Defense, just as you can buy and use more troops through a card system as you go through the stages of the game, so do your enemies, who are wild barbarians, and develop powerful forces and even strange giants. And they will send a stranger to the borders of your empire to destroy and defeat you. During the game you can find cards and buy different forces, strengthen your army to withstand the onslaught of enemies. Empire Rush: Rome Wars & Defense has very simple graphics and in this respect is similar to most TD style games. The main focus of this game is on the gameplay and its challenges. This game with over 10 thousand downloads on Google Play so farScore 4.0 out of 5.0 . At the end of this article, you can download the latest version of this title along with a modded version of it from Usroid . 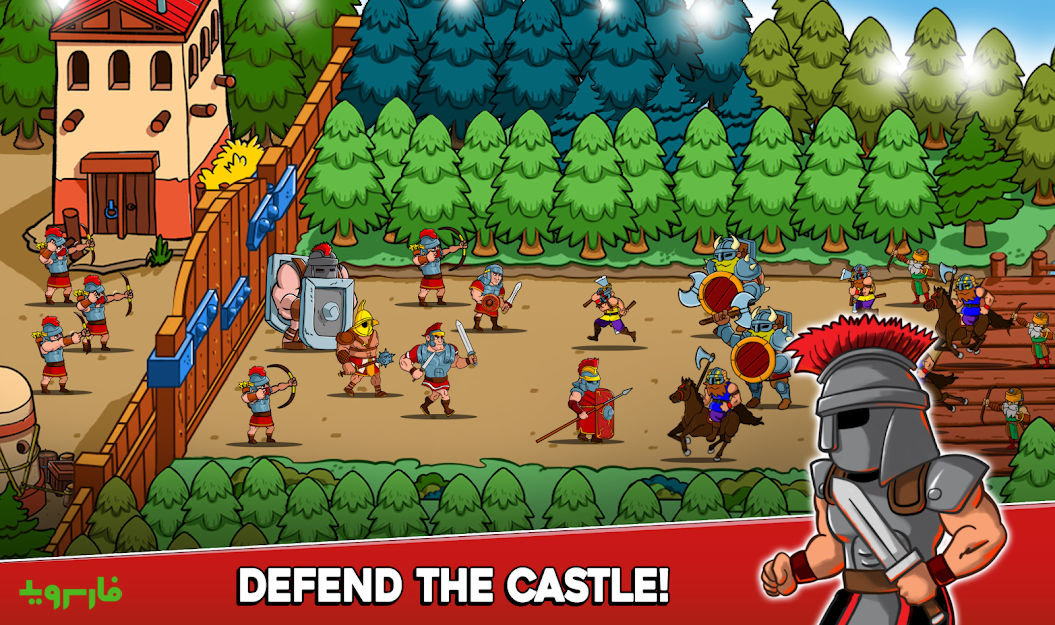 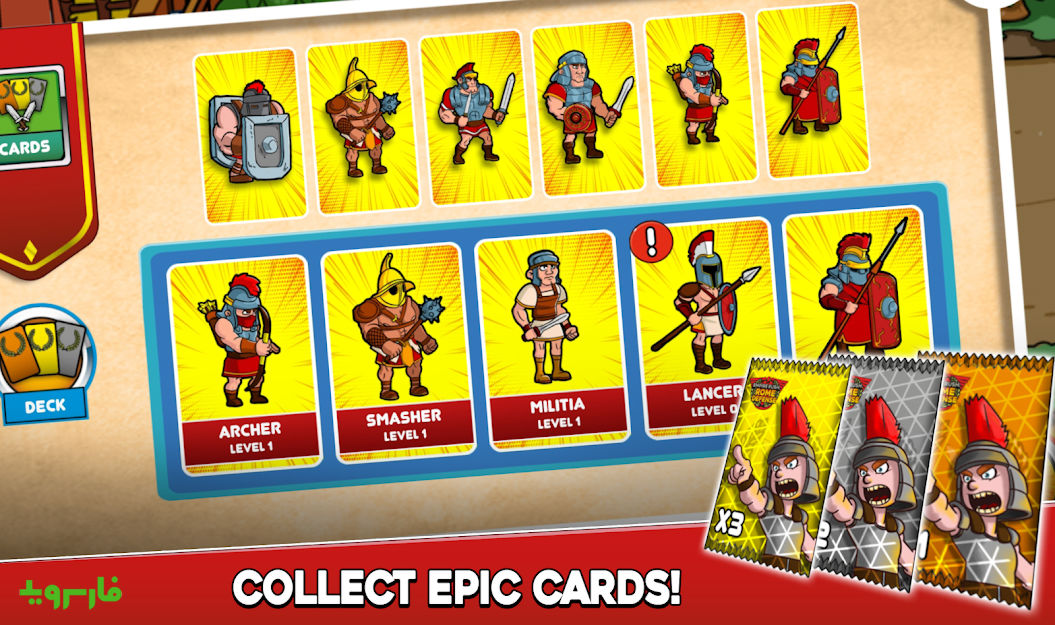 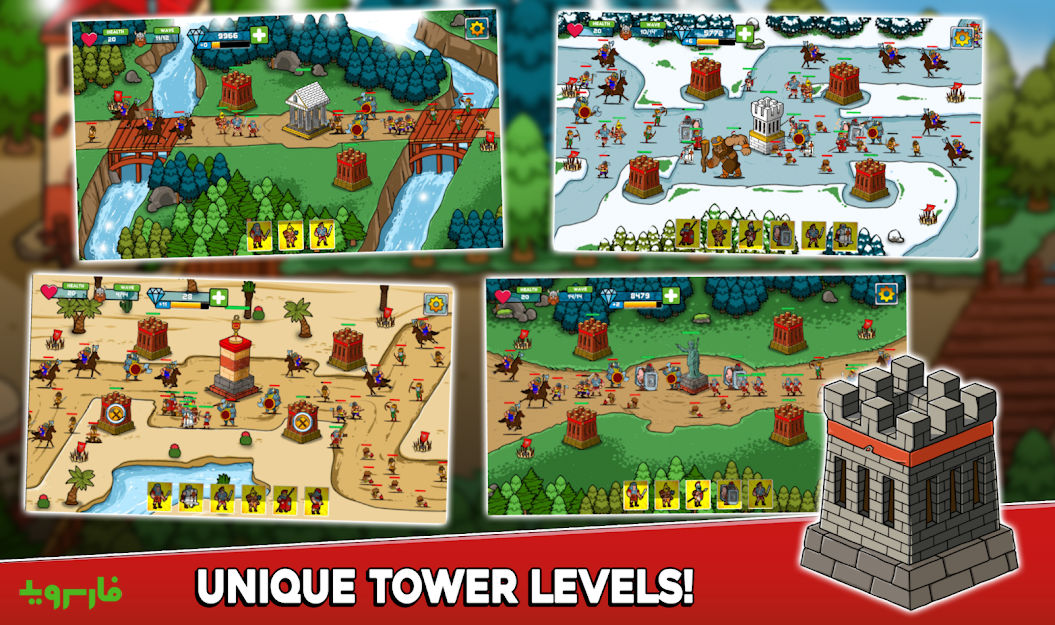 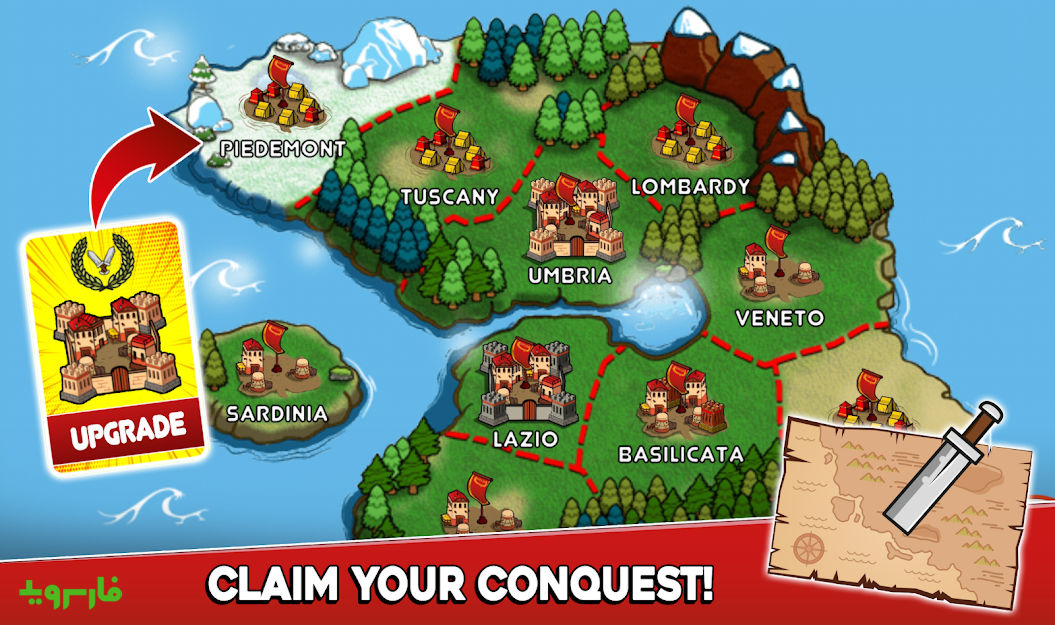