Fahrenheit: Indigo Prophecy is a game popular and extraordinary adventure entitled “Fahrenheit cold death” of the studio made Atari that beginning in 2005 for consoles PlayStation was released hours earlier by the release of Android version of Google We were a bridge priced at $ 9.99It was put up for sale and its high price is definitely due to the great effort they put into making this game! A fantastic and graphic game with a great story that has a volume of about 4 GB and will surely fascinate you! The game has a drama style in storytelling and has created a commotion on the border between cinematic scenes and gameplay! Its unique gameplay had not been seen in any game until then (2005) and it created a special entertainment! The rich narrative, innovative ideas and unique soundtrack composed by the famous Hollywood composer Angelo Badalementi add to the beauty of the game! Fahrenheit Indigo Prophecy Remastered game tells the story of a supernatural killer and tells the secrets in the heart of this story step by step, which is very exciting! 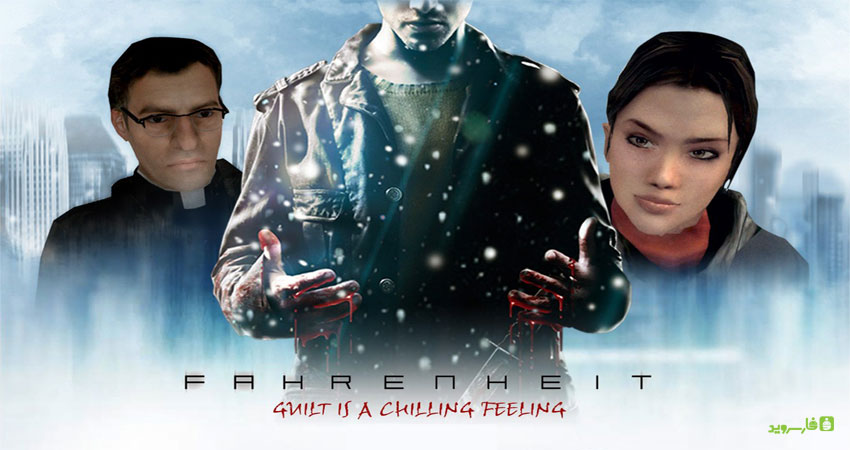 If we want to tell you about the general features of  Fahrenheit: Indigo Prophecy , it is better to use things such as drama and extraordinarily beautiful storytelling with many mysteries, the existence of several characters with their own stories and dialogues, the use of English and German dubbers, French and Spanish for game dialogue, great graphics and quality textures and و. If you are a fan of intellectual games, adventure with fantastic hands, we suggest that you do not miss the great game Fahrenheit: Indigo Prophecy under any circumstances, because you will not regret downloading it! Today, in Usroid, for the first time in Iran , we provide you with the 100% tested Android version of the game, and our suggestion is that if you are over 20 years old, do not miss this wonderful game under any circumstances.

Instructions for installing and running the game Fahrenheit: Indigo Prophecy:

– Download the data file and decompress it. Com.aspyr folder . Copy fahrenheit to the Android / Obb path.

If you have never experienced one of Mr. David Cage’s special and different games, now and in this almost stagnant computer game season, this is the best time to get acquainted with one of his great games and look forward to his next game. Let’s stay. Without a doubt, Mr. Davia de Gruttola or our own David Cage can be considered one of the best and most creative game makers in the world today, we know him with his different and very cinematic games. David Cage directed, designed and wrote the screenplay His games have shown how skilled he is in this field and each of his compositions are excellent titles. In making his games, he has tried to bring video games as close as possible to the seventh art, cinema, and delivers his stories and themes in the form of a game to his audience that is nothing less than a movie. No .His new game that Beyond: It’s called Two Souls, and its main theme is a transcendental theme that bears a striking resemblance to its other game, Fahrenheit, rather than to its predecessor, Heavy Rain. The heroes of both games have supernatural powers that they will realize later, and it is not without grace that we have a look at this first David Cage-style game before the Beyond experience. Fahrenheit is David Cage’s second game after Omikron The Nomad Soul, released in 2005. The game was released in North America due to the release of a movie called Fahrenheit 9/11 near the time of the game’s release, called Indigo Prophecy, which also had changes. For example, some inappropriate scenes in the game were removed so that the game could reach the age of M or the same adult.

A murderer who is not guilty!

The story of Fahrenheit is so detailed that it is very, very difficult to describe or define, and I will not try to spoil it completely. In this game , David Cage showed how a story can be defined from several angles of view and perception so that it does not hit the main body of the story and even this type of narrative becomes a kind of main charm of the game. For example, in the very first scenes of the game, you play the role of Lucas, who kills a person he does not know, and pretends to be innocent, and you have to try to erase the traces of the crime. But this time you follow the same sequence in the role of police officers who consider the killer as a person and you should look for clues to this crime. The main body and body of the story is a transcendental subject related to the rulers of the universe and the fate of humanity and all creatures is decided by them and the gameHe intends to portray Lucas as a man who first enters the story to save himself from the nightmares and remorse of the sin he has committed, but later as a man with a higher purpose than what he strived for. Remains in the story. Finally, the game has 3 different forms depending on your performance during the game, and this different end depends on the choices and moods of the main character, and I prefer not to reveal any of them. The story of the game consists of a main body with a gray and sad atmosphere and a very depressing atmosphere that strongly affects the audience, which remains in the mind of the gamer for a long time and the unforgettable characters of the game work well in this atmosphere. Do themselves.

The border between Johnny and Naji

The game is divided into 2 main parts in terms of gameplay. The first part is exploring the environment and interacting with the objects of the environment, which is common like all adventure games, and the second part is the QTE (Quick Time Event) or buttoning part! The first part does not need any special explanation and there is almost no problem except for the inappropriate angles of the camera in a very small number of steps, but the buttoning part is not without problems. QTEs at Fahrenheit are almost completely different from what we see in other games. In other games, during such scenes, a button such as X is shown on the screen, which you have to press immediately, but in action Fahrenheit action scenes, two almost large circles, each consisting of 4 parts, are all The duration of the fight is marked on the screen, and each of these circles symbolizes one of the analogues of the category. For example, if the upper part of the right circle is turned on, you have to press the right analog upwards, which itself becomes a little harder with another circle, but it is not the middle of the difficulty that bothers you, but the audience’s excessive attention. Clicks on circles and buttons will cause you to miss watching movie scenes. In between, there is a mechanic and element that is responsible for creating a connection between the two main parts of the gameplay. This element, which shows the mental and mental state of the character, changes with each movement in each section, and it is the mechanics that connect the game’s story to the gameplay and affect how the story unfolds and the game ends. In general, the gameplay goes well with the game’s story, and although there are some flaws in it, but it does not hurt the game at all, and they are a good complement to the story, and its flaws can be easily ignored.

In order for the events of the game to have a double and greater mental impact on the audience, David Cage has set the time of the game in winter and the severe cold and heavy snowfall in that season. The whole city is covered with snow and also most of the colors used in the game environment are black and white and gray, and this cold and snowfall has given a special effect to the game, which is even considered as a symbol of the game. At first glance, the game’s graphics may seem a bit weak at a time when almost a generation (8 years) has passed since the release of the game, but it is still an acceptable title in terms of technical graphics, and even this weakness that in its time It is one of the best, despite the excellent artistic design of the game, it is not visible at all, and if you are immersed in the game, you will see nothing but Lucas and the cold and snowy environment of the game.

The song of the crows

Angelo Badalamenti, who was noticed by David Cage after composing in David Lynch’s films, became the composer of Fahrenheit. He showed how masterful he is in making heavy and atmospheric cracks that fit the atmosphere of the game, and he can create a great conflict between the music and the story of the game. The music at Fahrenheit is beautiful and great, and in 2005 it won many music video game awards.

Fahrenheit is a masterpiece in every sense of the word, regardless of its very small flaws, which is a very enjoyable experience at any time. I recommend that even if it is difficult, prepare this game and try it, but before that I must warn that this game, like Heavy Rain, is an engaging and even depressing game, and if the current situation. You are not in a good mood, do not go to the game right now because I have experienced it myself.

Cons: Bad camera angle in some scenes – minor flaws in the action and buttoning 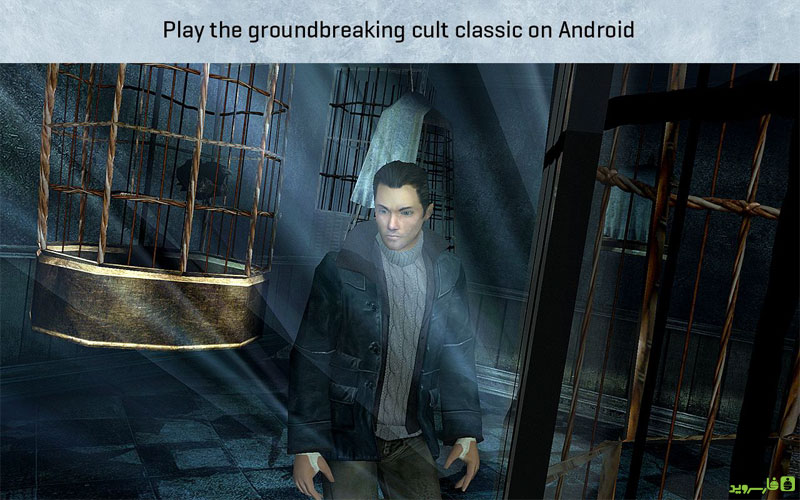 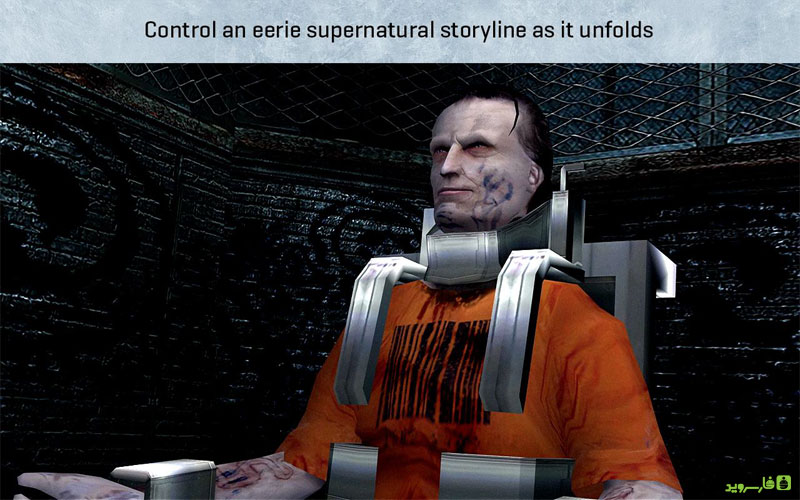 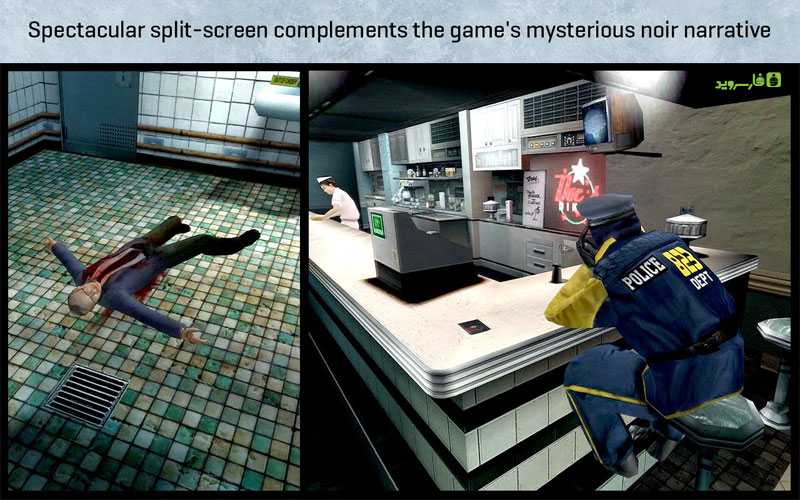 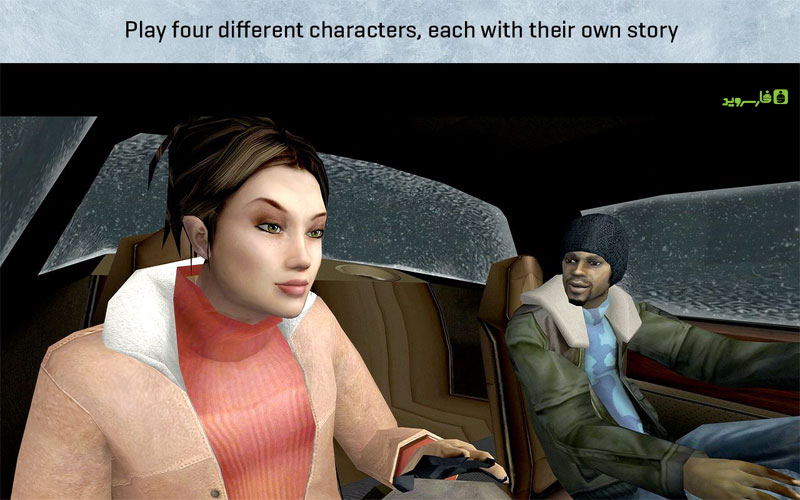 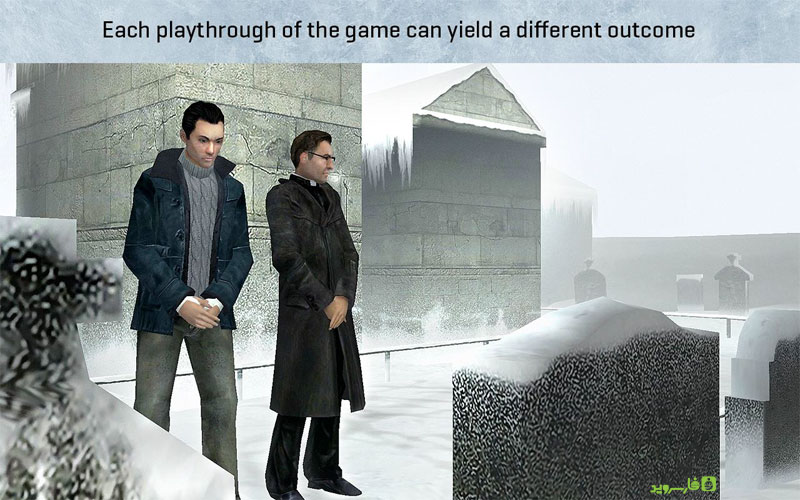