Files Go By Google v1.0.459440351 – Google Android Manager File Manager App
The original and official version of the program at your request dear ones

As one of the development giants of smart devices and applications, Google has so far provided various software for Android users, which in its latest action has decided to publish a powerful file manager. The program, which is currently in beta and has been released on a trial basis, has been made available to users for further review so that the company can identify its bugs and have more maneuverability on it. Files Go: Free up space on your phone as a file managerIt is full of smart features that have been released by the famous and reputable Google company for the Android operating system according to the previous explanations. Apart from the main features of a file management tool that we are all familiar with, in this software, you will encounter new capabilities and capabilities, among which we can mention the removal of additional files! The app automatically detects programs that you don’t use and automatically suggests deleting them to increase speed, or recognizing duplicate images and files, and only One touch frees up a lot of memory by deleting them. It is better not to miss this new file manager program and join us to download it.

Some features and capabilities of the Android Files Go app:

Application Files Go By Google as one of the newest apps introduced by Google managed to score 4.6 out of 5.0 by users receive, which can now use the newest version of its main servers, high-speed site Usroid in Iran Do; This file manager includes all the features and does not require a hacked version. 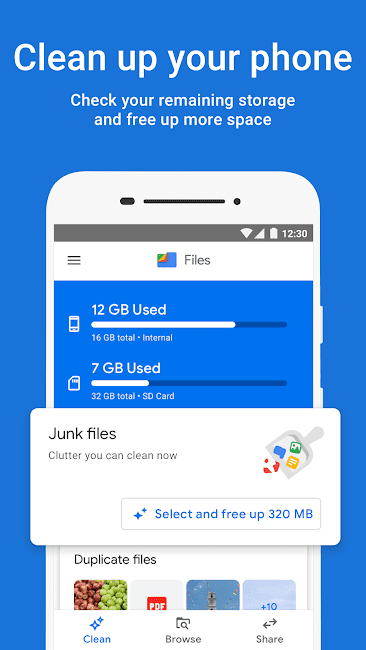 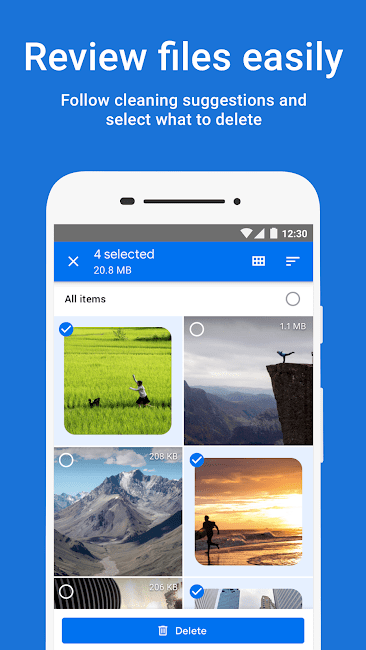 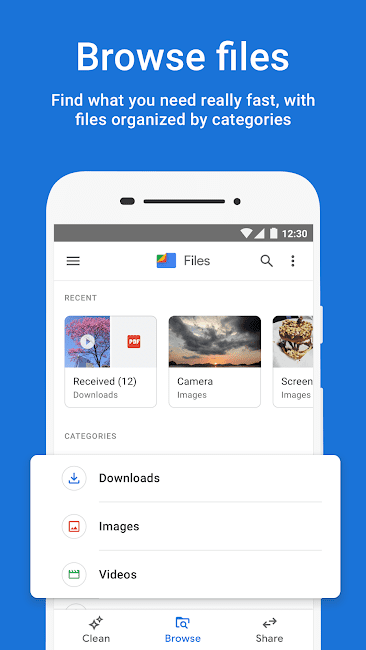 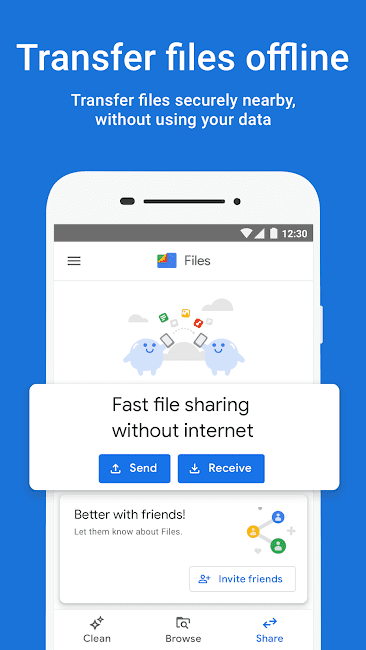 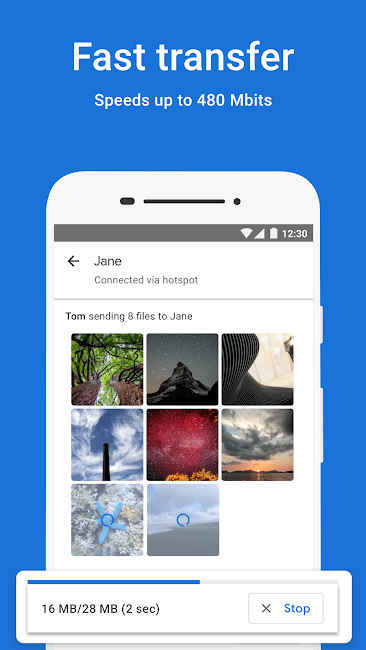 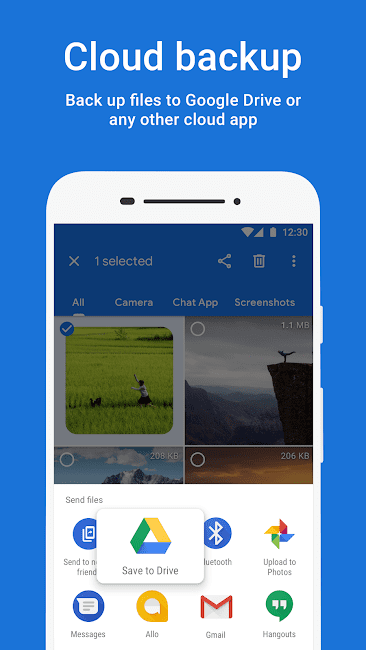 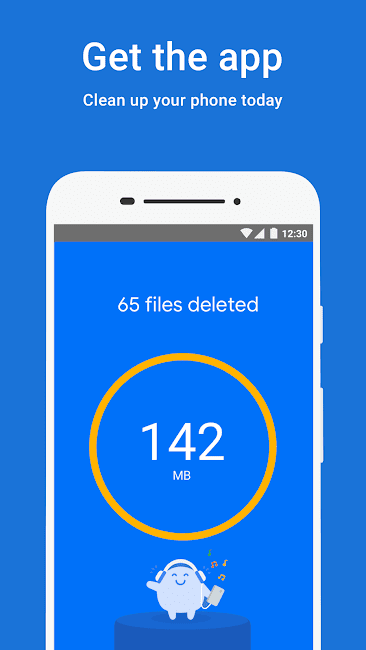