Find the Differences 500 levels – Find the Differences is a very attractive and entertaining game in the style of puzzle and brain games.Published by PandoraGames game studio for Android devices. If you are a fan and fan of challenging games, Find the Differences 500 levels can be a good choice for you! Find the difference games are among the classic games that date back to before the production of mobile games. These games, which used to be found in the entertainment section of newspapers and magazines, are now very popular, and their digital versions are increasing day by day. Find the Differences 500 levels is one of these games that has been able to attract the attention of many gamers by providing an attractive gameplay in a short time. As the name implies, this game has 500 stages and the mechanism of its stages is almost what you expect. At each step, you will be shown two seemingly identical images that are slightly different, and you should find these differences. To highlight the differences, just tap on the part that you think is different.

In the game Find the Differences 500 levelsAt first you may think that finding the differences is not a difficult task, but the more you progress in the game and go to higher levels, the difficulty level of the game increases and you will face more challenges. For example, at first the differences can be superficial, such as the presence of an item in one image and its absence in another image. But gradually the differences get deeper, like changing the color of items in two images. Fortunately, this game has no time limit and in addition you will be able to use the help button as much as you want to find the differences. Game controls are very simple and fully responsive, and all game functions are easily accomplished by tapping your device screen. Visually, the graphic space of the game is very beautiful and eye-catching, and the photos have HD quality and the ability to zoom. Find the Differences 500 levels with over 10.000.000 installs and downloadsA good score of 4.6 out of 5.0 is one of the most popular games in the Android Market, and the Usroid teamintends to provide this game to you dear ones in a tested and completely free version, along with its modded version. At the end of this article, you can see screenshots of the gameplay to get more acquainted with this game and download it from our servers if you wish. Hope you enjoy this game! 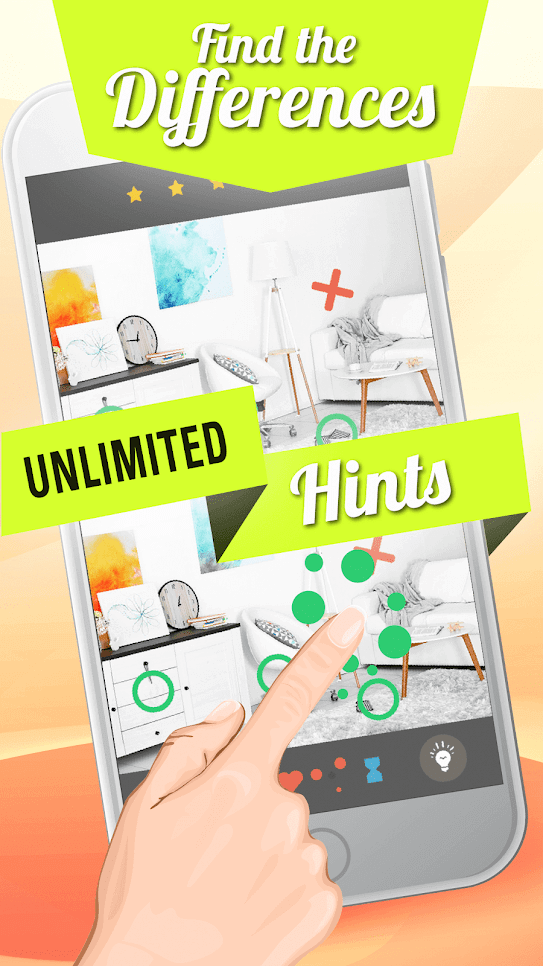 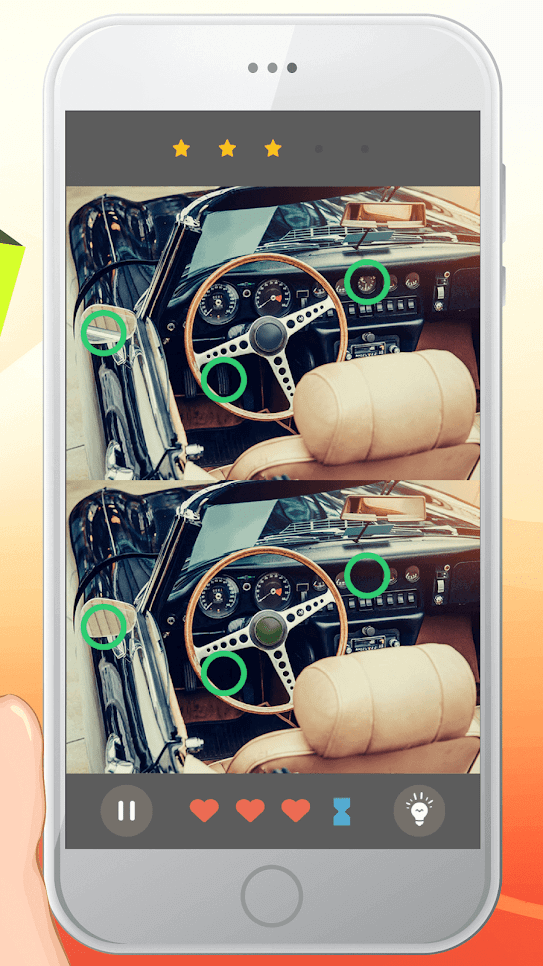 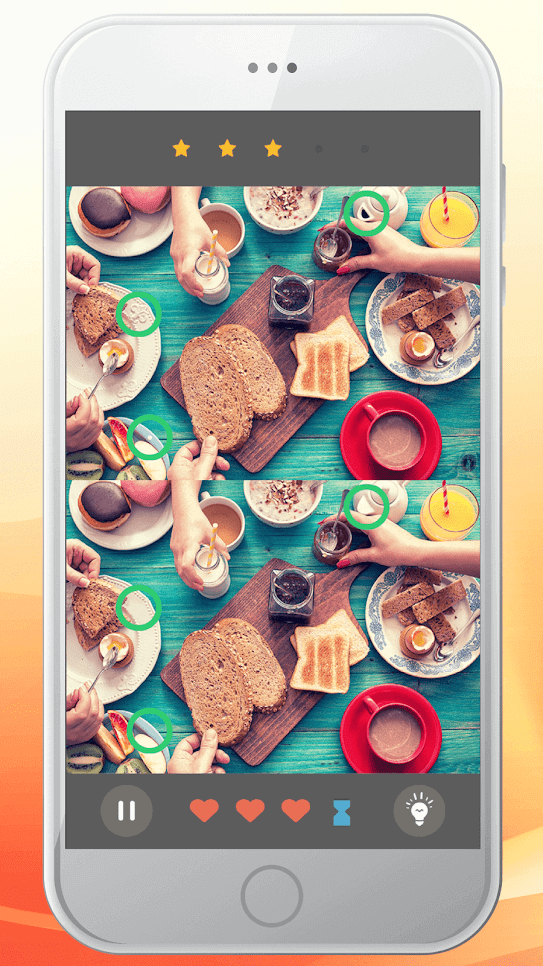 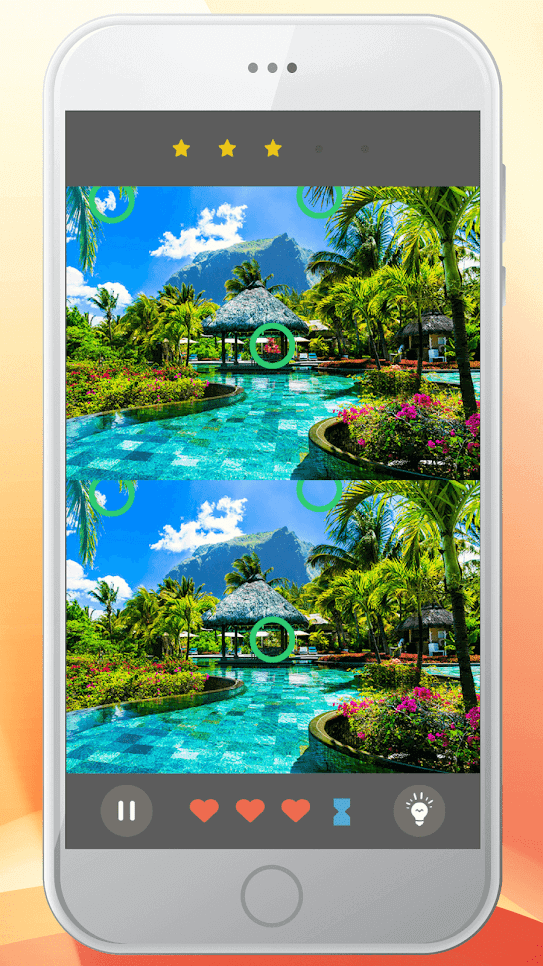 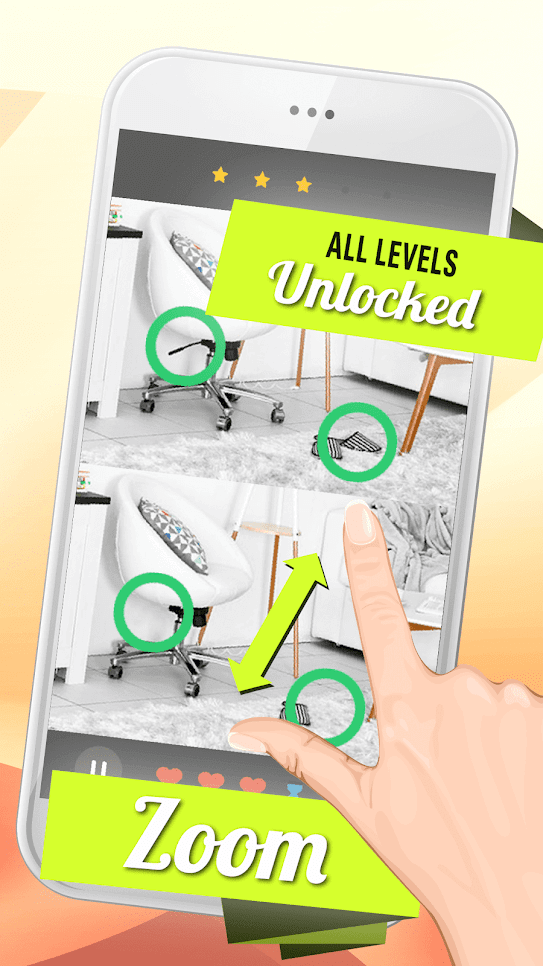