First Touch Soccer 2015 can be introduced as one of the most beautiful, popular and entertaining Android football games , which is made by the famous First Touch game development studio.It has been released for free in the Play Store and has been downloaded thousands of times by Android users around the world in a limited time and is one of the best. This game invites you to lead your favorite teams in such a way that you are in the role of manager and you have to register football contracts and negotiate and choose a dedicated stadium to play football matches and your hours Have fun. The animations and players are well-designed and realistic, and if you are a fan of football games, don’t miss First Touch Soccer 2015 under any circumstances. The possibility of forming a team, the stadium, the players, the competition and … the task you Bazyst, not to mention that this game combines two styles of management and participating in the tournament and no doubt you love to play sports fascinate him Will.

Some features of the first Android Touch Soccer 2015 sports game:

* Perform dramatic moves such as dribbles to leave the player behind

* Daily challenges to test and challenge your skills

* Unique and realistic design of animations and stadiums

* Excellent touch controllers on both sides of the screen

First Touch Soccer 2015 game currently has a score of 4.5 out of 5.0 in the Play Store , and we at Usroid will introduce its first version for the first time in the presence of you, fans and enthusiasts of sports games, which will undoubtedly fascinate you. On the other hand, you will be nailed to the phone for hours.

General review of the game by Usroid:

If you are a fan of Android football games, you have undoubtedly experienced the Dream League Soccer game that we have introduced on the site, and you are somehow fascinated by it, because it can be introduced as one of the best Android football games! The problem Dream League Soccer lack of updates compounds, lack of national teams, friendly and … that did not exist, but the company First Touch with the release of Android First Touch Soccer 2015 and the design of a play incredibly beautiful all of these restrictions make the best play Experience football. HD graphics, great game design, different sections, really exciting sound and در all come together in the game to design a great football game!

– First Touch Soccer 2015 game requires the Internet to download a small file (less than 10 MB) for the initial run; Then the game is always offline! In addition, unlike EA and ور servers, the game server is strong and the game comes up quickly without any problems. (Phi-letters may be required.)

– In the VIP / Unlimited Coins version, the coin is unlimited and you can see a picture of the game in unlimited money mode by clicking on the link opposite: Photo of the game First Touch Soccer 2015 in unlimited coin mode 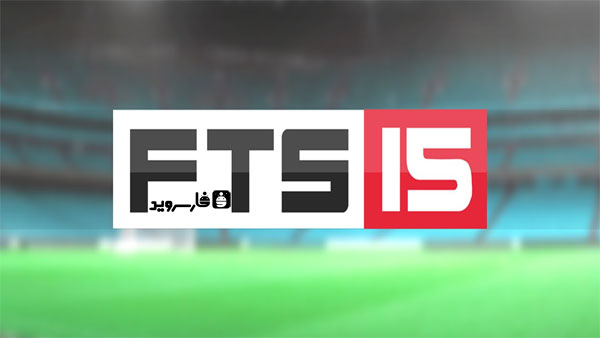 – Download the data file and decompress it with the code www.usroid.com. Copy com.firsttouchgames.fts15 folder to Android / obb path. 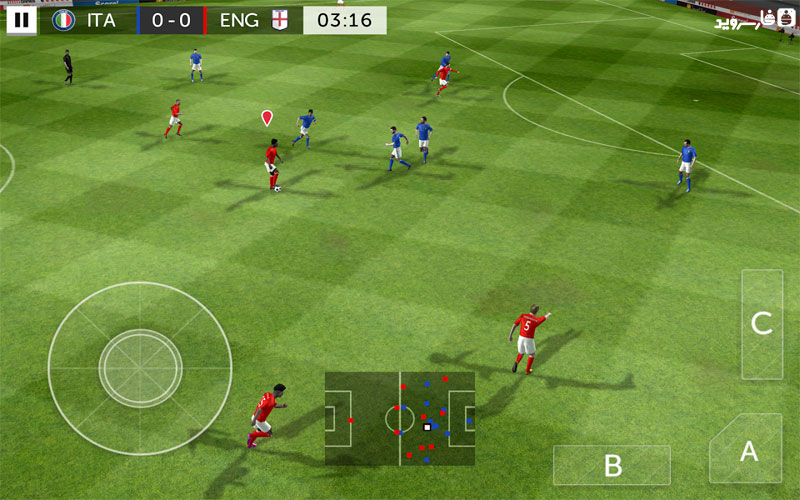 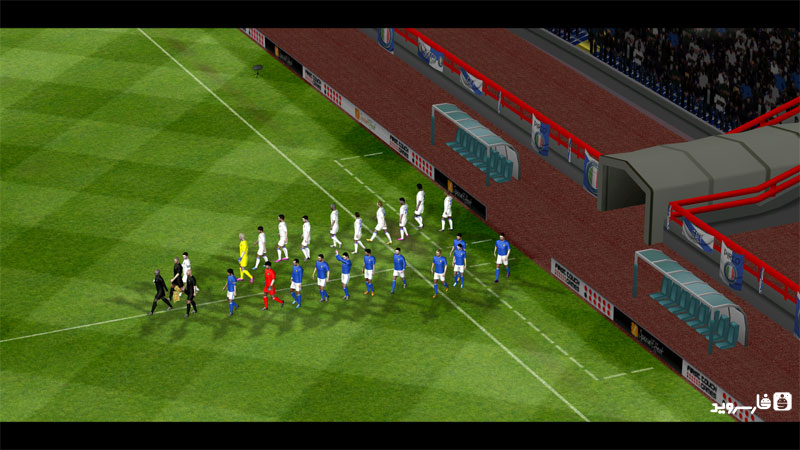 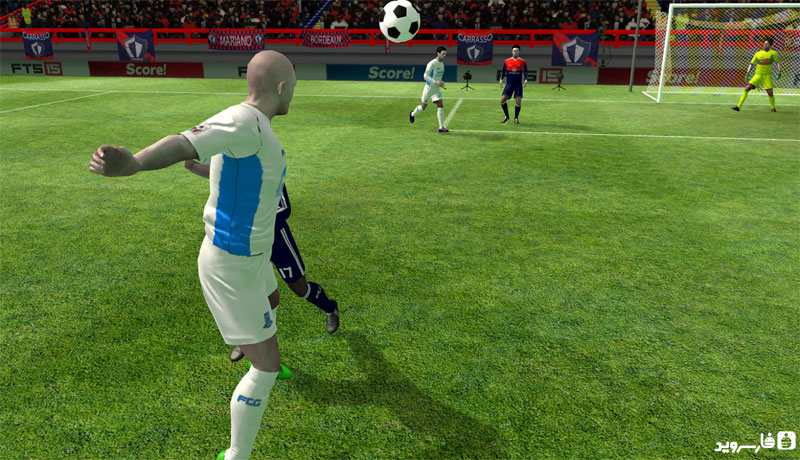 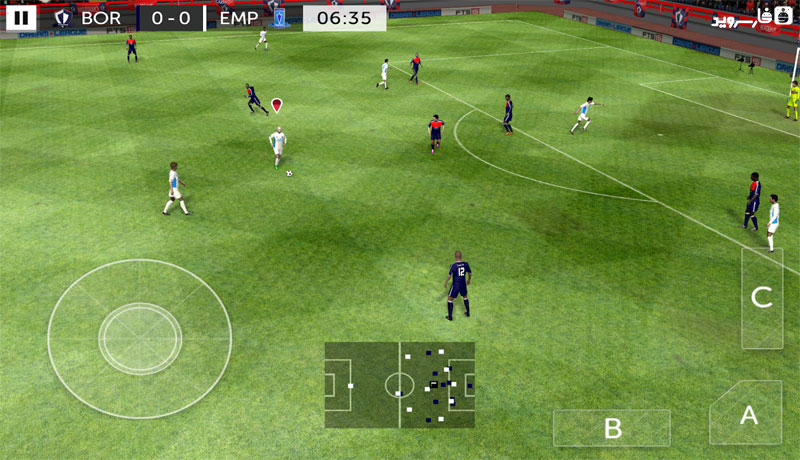 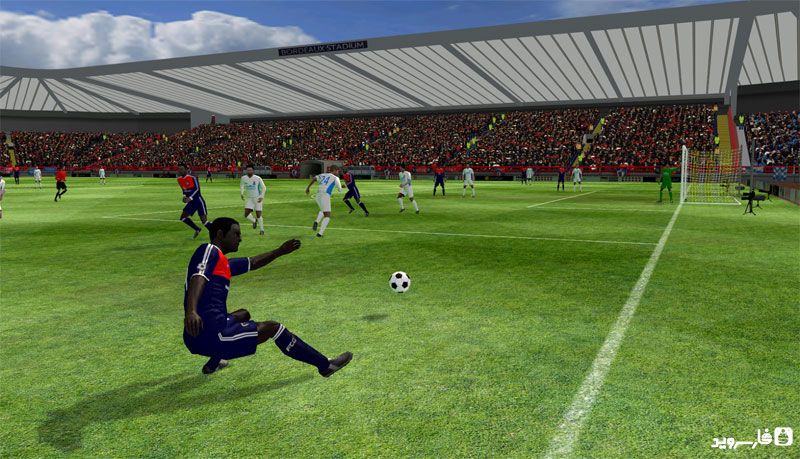 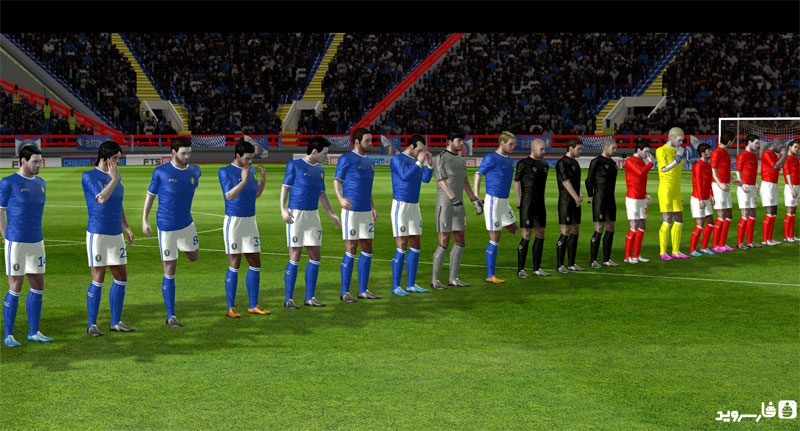 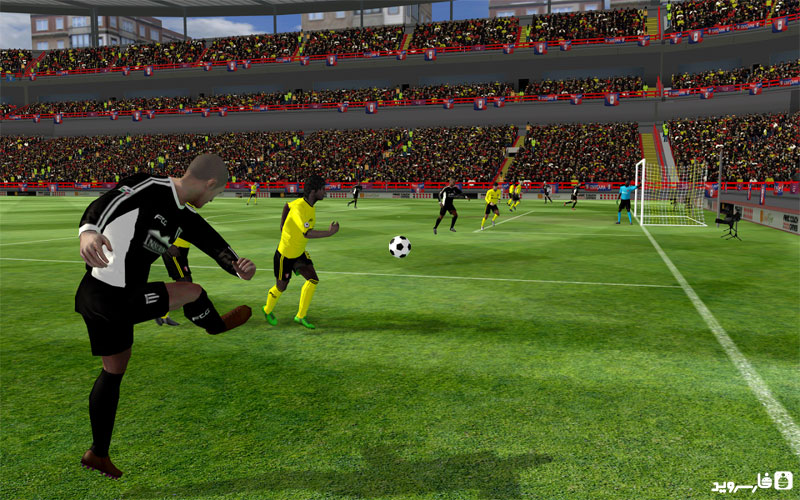 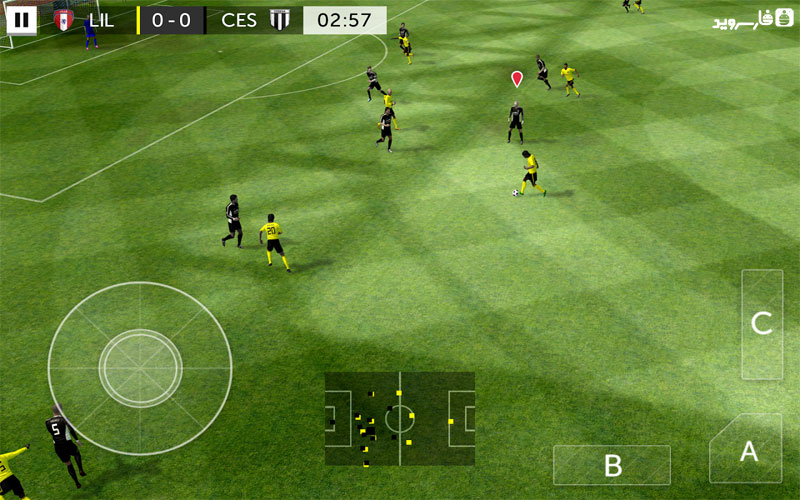 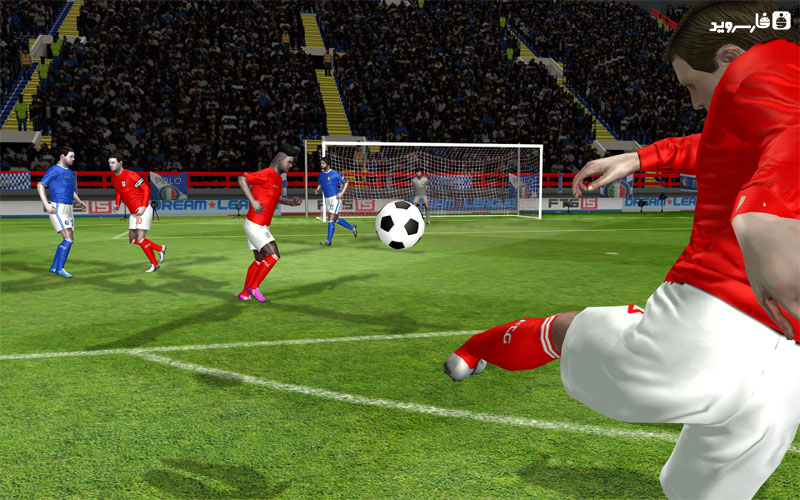