First Wood War in Persian ( First Wood War ) is a very beautiful game with HD graphics in the style of strategy and action games for the Android operating system that takes you to the land of the woods for single-player or multiplayer war with Invites other users of the world and your friends! In this game, you have to send the army and various forces to the demonic enemies to save the woods from the hands of the evil king and bring the experience of the best RTS 3D battle game on your Android tablet or smartphone! In this game, you and the players with more than 50 different units, cannons and 20 types of fortifications will be able to implement your favorite war tactics and build a powerful land with hard buildings, houses and army.

In Game  First Wood War wooden soldiers believe that you’re only heroes who can bring them victory over their enemy; Because their enemy is very powerful and a talented strategist can destroy them! If you know you can defeat the demonic enemy, do not miss the above game!

* Availability of more than 50 different units, artillery and 20 items of fortifications

* Being more than 20 unique places to fight enemies (various maps)

First Wood War game is offered completely free and with more than 10 thousand downloads, it has a score of 4.0 out of 5.0 , which we have put the latest version of it for you users in Usroid today ! Join us to see pictures and trailers of the game ..

Note: As mentioned in the title of this article, the game is online and requires an Internet connection to run…

* Use three powerful spells in battles 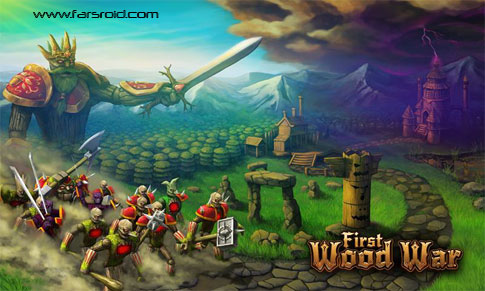 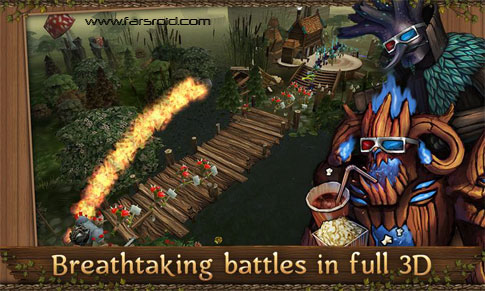 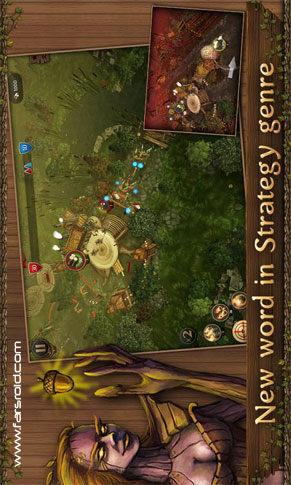 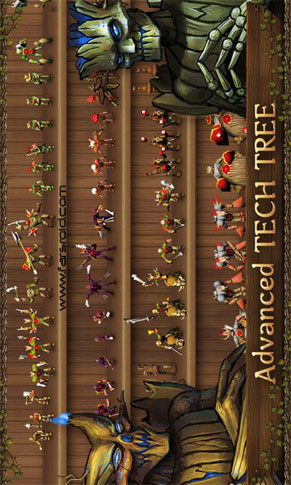 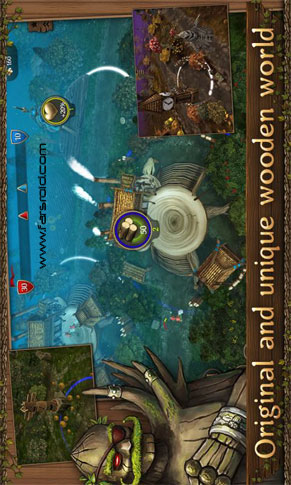