Fly Corp: Airline Manager is the name of a game in the strategic genre, published by CASUAL AZUR GAMES game development studio for mobile devices with Android operating system. CASUAL AZUR GAMES game development studio is one of the most famous and well-known mobile game development studios among gamers, which has already experienced the development of great games such as Hit Master 3D: Knife Assassin , Mow My Lawn . – Cutting Grass , Stack Ball – Blast through platforms , Western Sniper – Wild West FPS Shooter , Hidden Objects – Photo Puzzle , and dozens of other games in his portfolio. Fly Corp: Airline Manager is one of the most wonderful and exciting games of this game studio, which has been able to provide a unique and unique experience for gamers by offering a different gameplay, with more than 1,000. 000 downloads in the Android Market, become one of the most popular and popular games in this market. Fly Corp: Airline Manager is basically a strategy and management game. But this game uses an interesting idea that is less discussed in mobile games. In this game, you create an air network by creating different air corridors so that people can travel to countries economically by plane and can export goods to other countries. You play the role of an airline manager who has a duty to do your job well with the right management so that you can get paid for successful flights. You can then spend the money you earn on upgrading planes, upgrading airports, buying more planes, buying more airports, and creating more corridors, and expand your airline to create your own global air empire.

Fly Corp: Airline Manager is one of those strategy and management games that focuses on the gameplay. The gameplay is simple, but despite its simplicity, it is designed very deeply. Fly Corp: Airline Manager gameplay has 3 modes, each of which can offer you a different experience, which is admirable in its own way. These modes include Unlock All Countries, Challenges, and Free Play. In Unlock All Countries, which is actually the standard game mode, your goal is to unlock all 200 countries in the world and form your own air network throughout the game map. Of course, there is a time limit for you and each country needs to be unlocked in less than 6 minutes. At Challenges, as the name implies, you face a number of specific goals and challenges. In this mode, the game gives you challenging scenarios and cases that you have to overcome. For example, your airline needs to be able to raise a certain amount of money so that it can survive for a certain period of time and not go bankrupt. Or in another example, your airline should immediately cancel its flights to countries where a contagious disease has spread and fly only to countries where there is no contagious disease. In Free Play, you can play casually and freely and without any restrictions and do whatever you want. In addition to these modes, Fly Corp: Airline Manager has a series of daily events as well as global online leaderboards, which undoubtedly can bring you more fun. Fly Corp: Airline Manager managed to get a score of 4.0 out of 5.0 in the Android Market, and the Usroid team intends to provide the original and modded versions without any restrictions in a tested and completely free way to you dear ones. You can now download this game through the direct links at the bottom of the article and enjoy it!

Note: In the game mod version, spend gold to see more and more instead of decreasing! 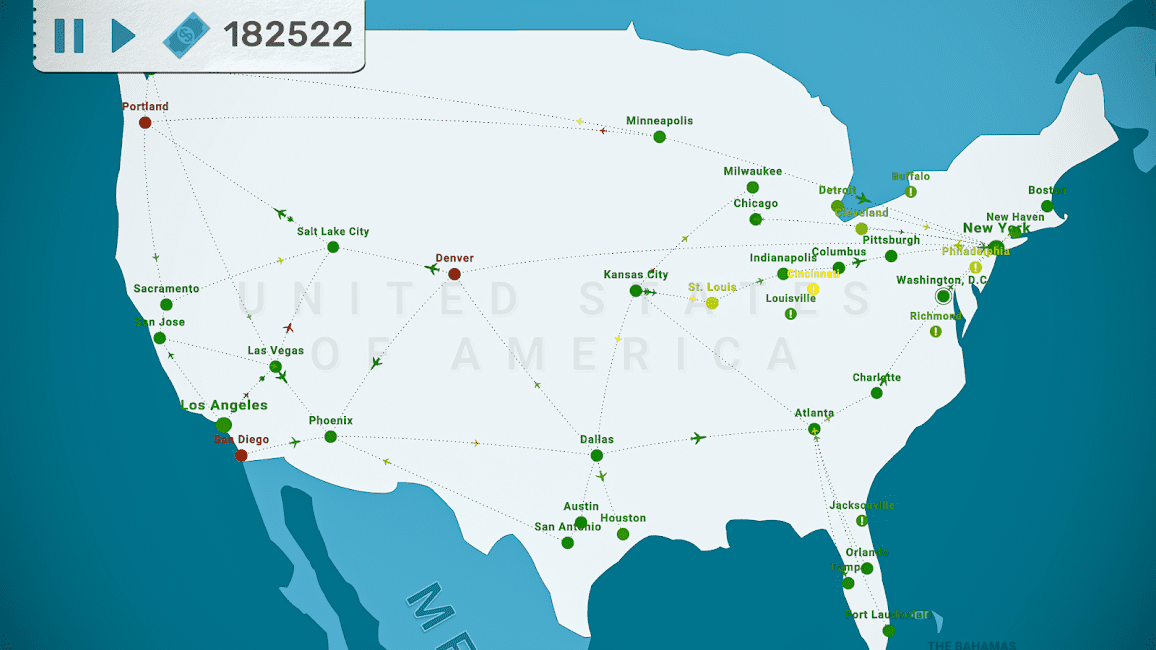 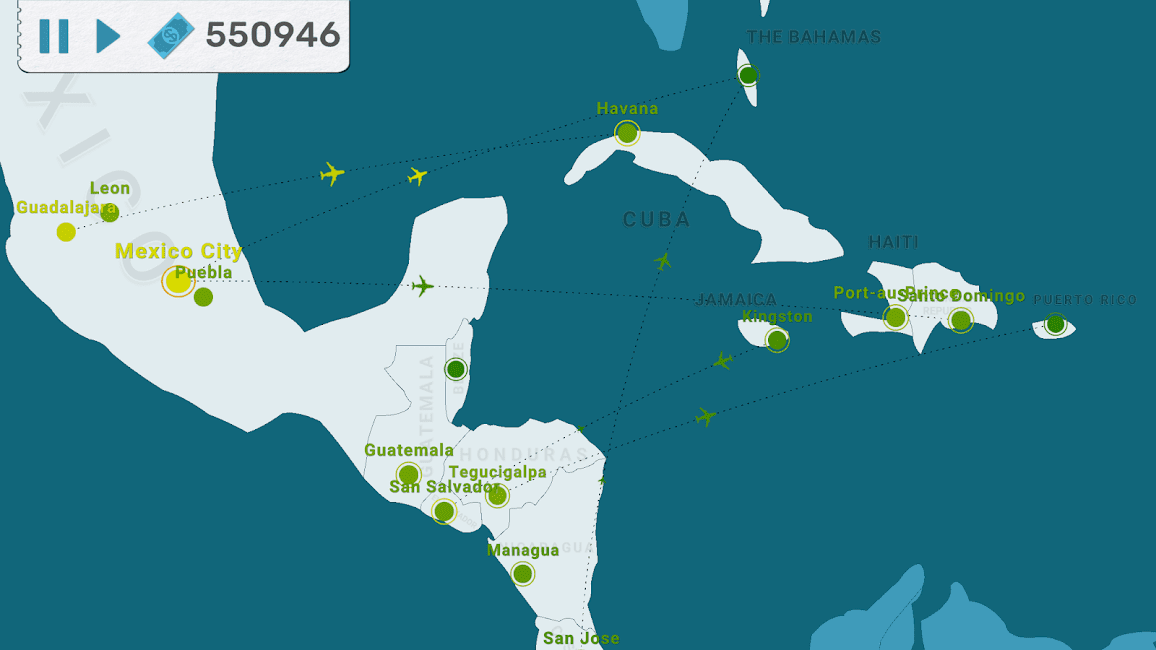 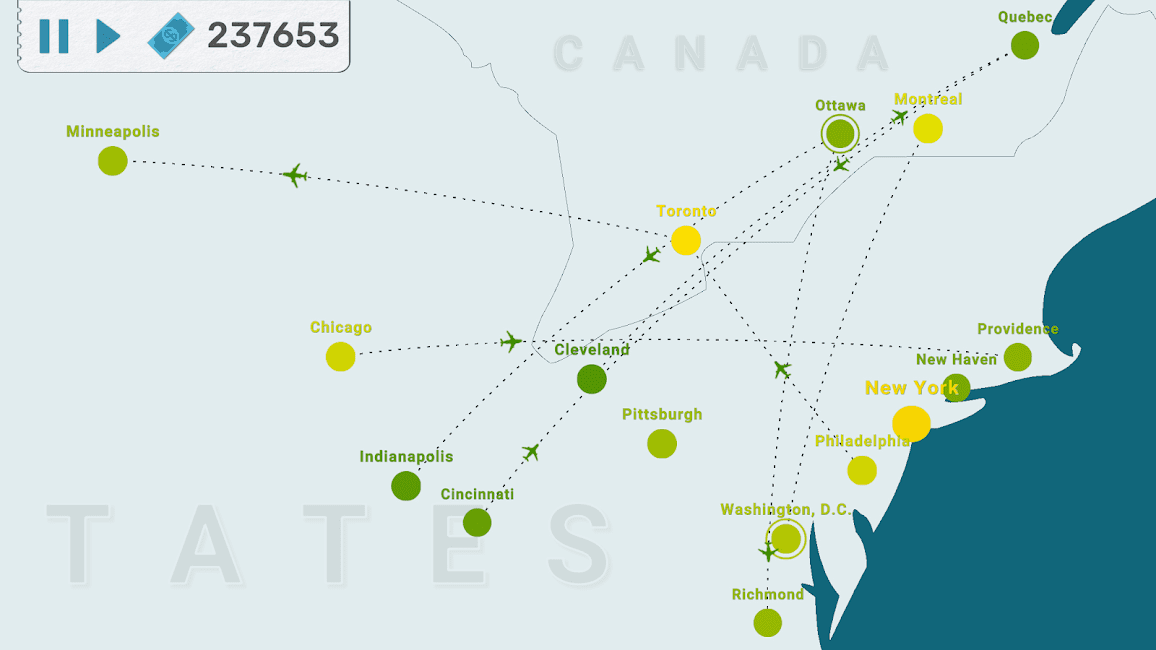 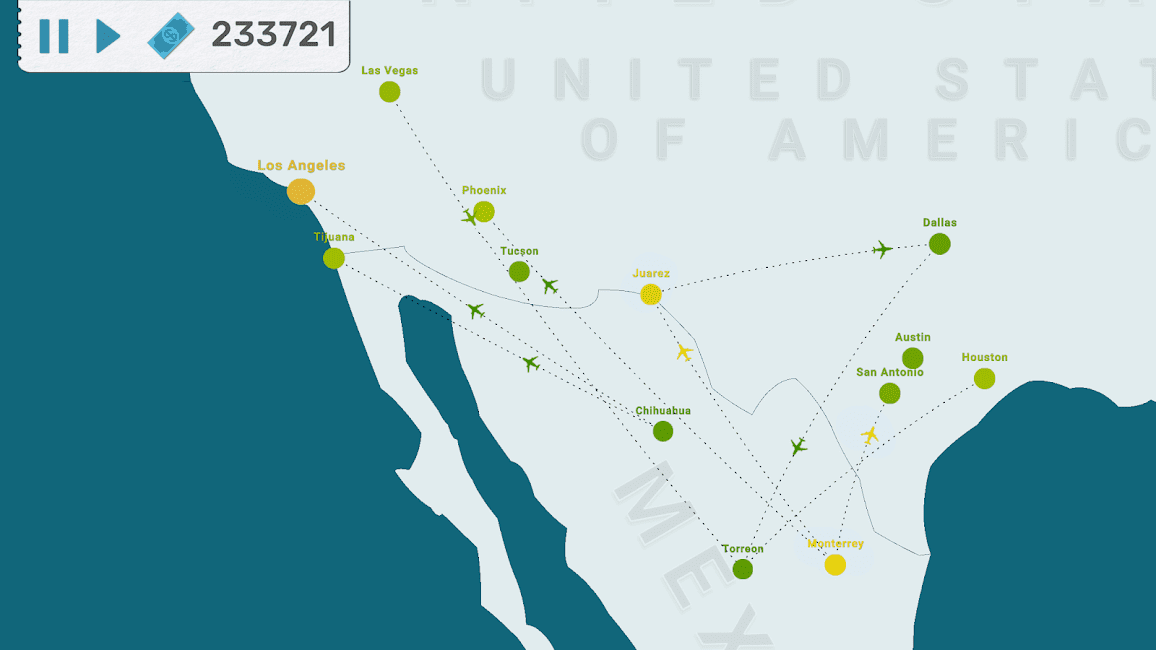 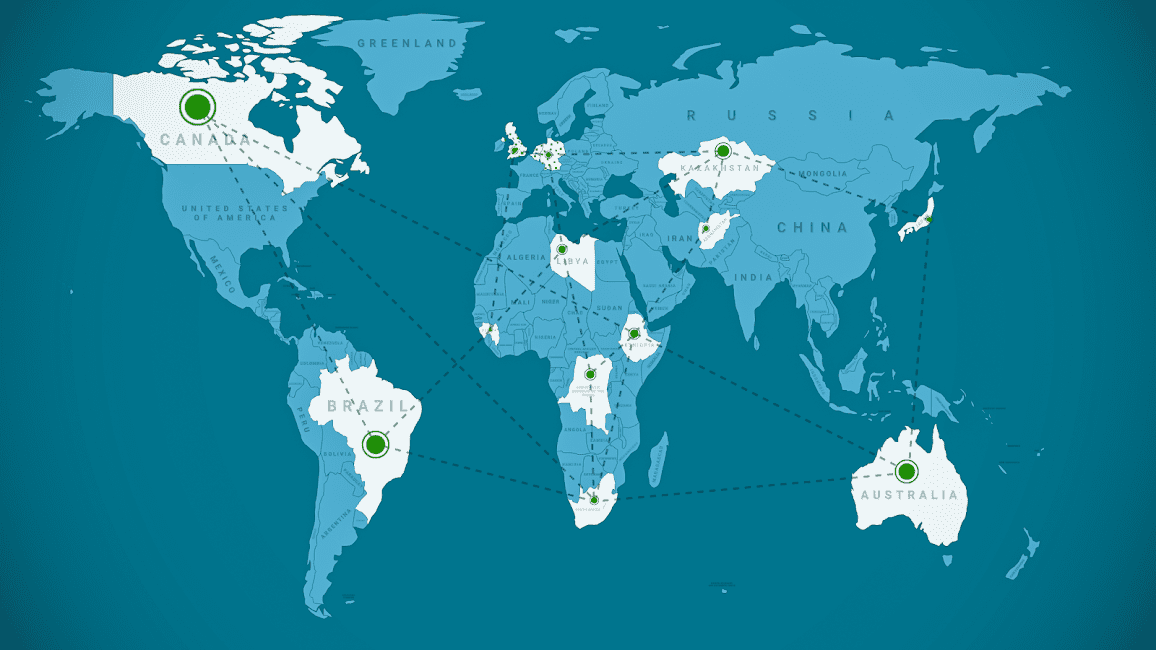 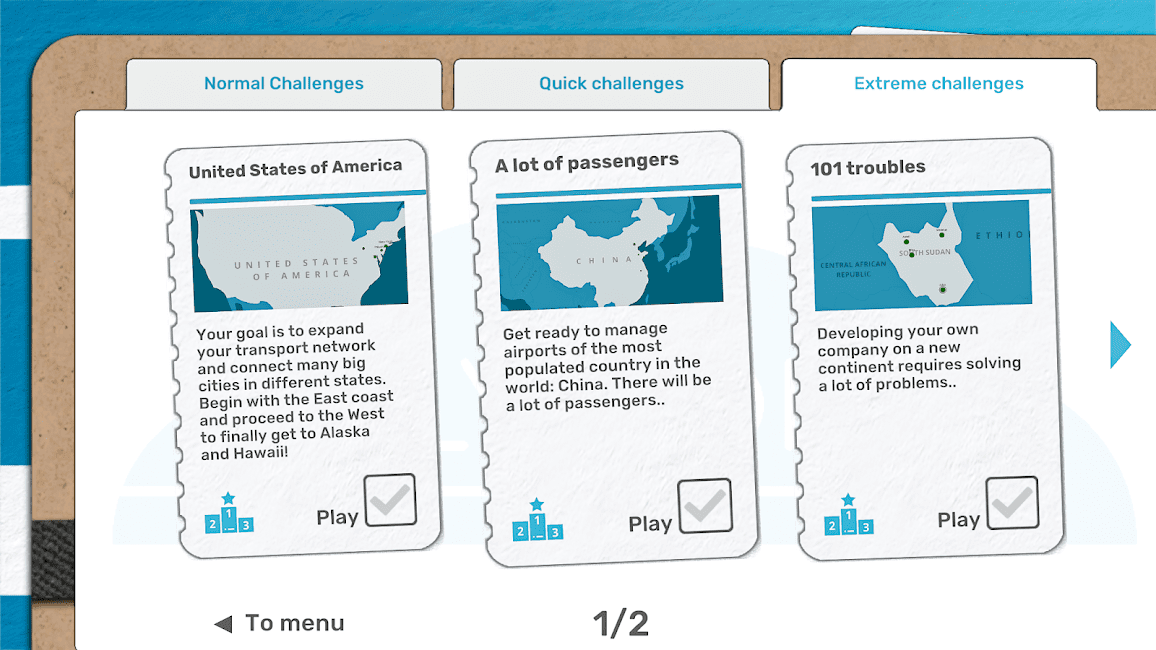 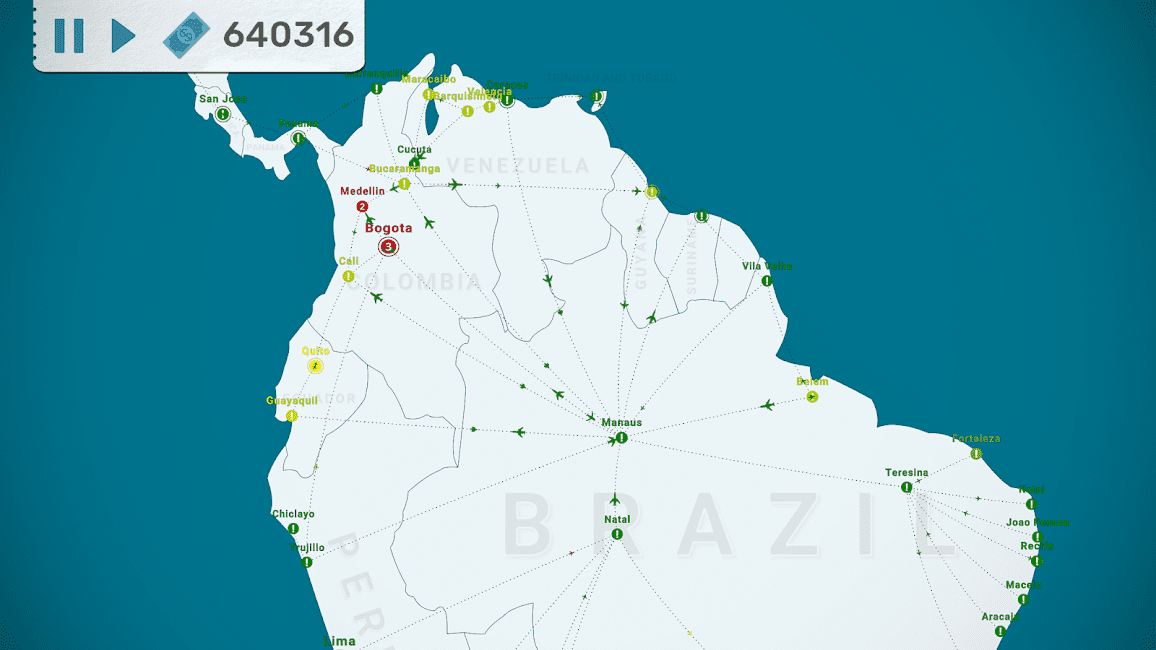 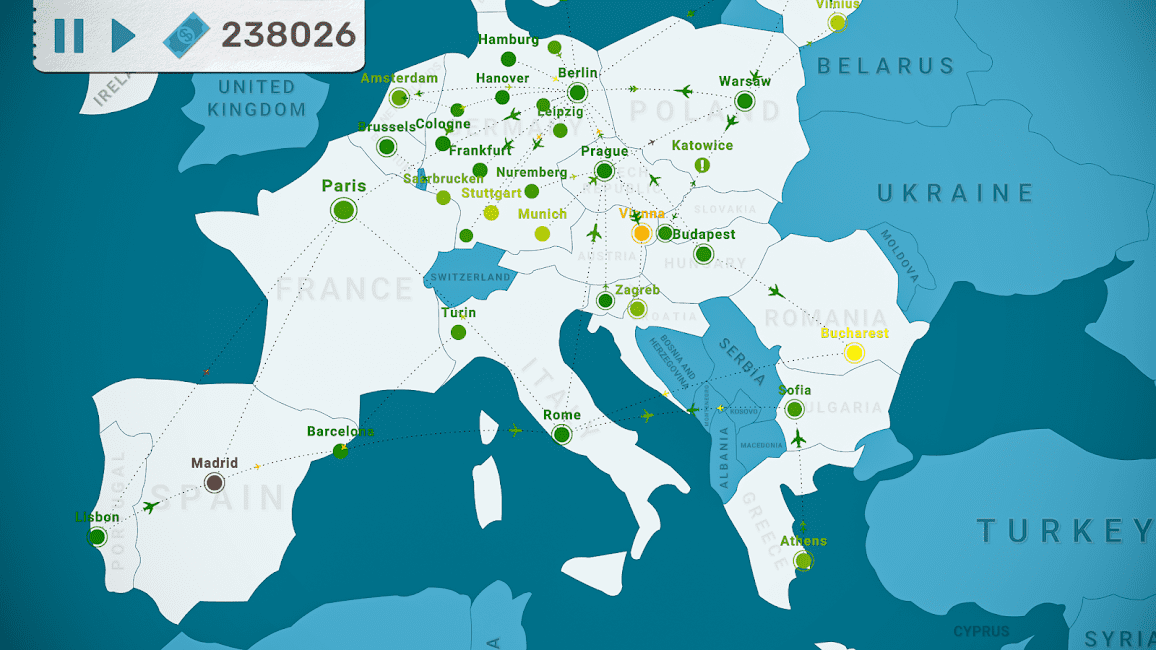