Fort Sumter: The Secession Crisis v1.0.2 – Interesting board game of Castle Sumter Android with data
Full and purchased version of the game for $ 6.99 Dedicated to you dear ones
tested with no problems

Fort Sumter: The Secession Crisis is a board game with interesting card game features developed by American studio Playdek, Inc. This game has been released as a premium package at a price of $ 6.99 on Google Play, and you can once again use Usroid as the first Iranian website to publishDownload Fort Sumter: The Secession Crisis for free. This game tells the historical story of the American Civil War during 1860 and 1861. In fact, in this game, you experience the story of the beginning of the American Civil War. The story of the game is taken from a historical event. A military fort called Sumter was set up by US forces on an island off the coast of South Carolina to stop enemies. The enemies were people who called themselves separatists and demanded selfish and ambitious independence. But this fort, which was built in a sensitive and strategic position, is being bombed by the enemies. Now it is up to you to line up against your opponent in a different board game by choosing your preferred side, either as National Unity Forces or as separatist forces! Your job is to map the Fort Sumter game: The Secession Crisis Conquer different areas of adjacent lands and manage in-game events. You have to compete with your main competitor in 4 main areas which include issues such as competition in political issues, separatism and independence, management of public opinion and campaigning. This means you will have many challenges throughout the game. After the end of the first three hands and the competition for the fourth, which will actually be your final competition, everything has reached its peak and the conditionsThe game will be more challenging for you. All this is done in a card game and you have to do this with special strategies.

Some features of Fort Sumter: The Secession Crisis Android game:

Game Fort Sumter: The Secession Crisis appropriate professionals and gamers with card games and board a special relationship with their complex. The final and purchased version of this expensive game, which has been published with more than 100 downloads on Google Play and a good score of 4.6 out of 5.0 , can now be downloaded as a test from Usroid servers .

Instructions for installing and running Fort Sumter: The Secession Crisis:

– Download the data file and decompress it. Copy the com.playdekgames.fortsumter folder to the Android / Obb internal storage of the device. 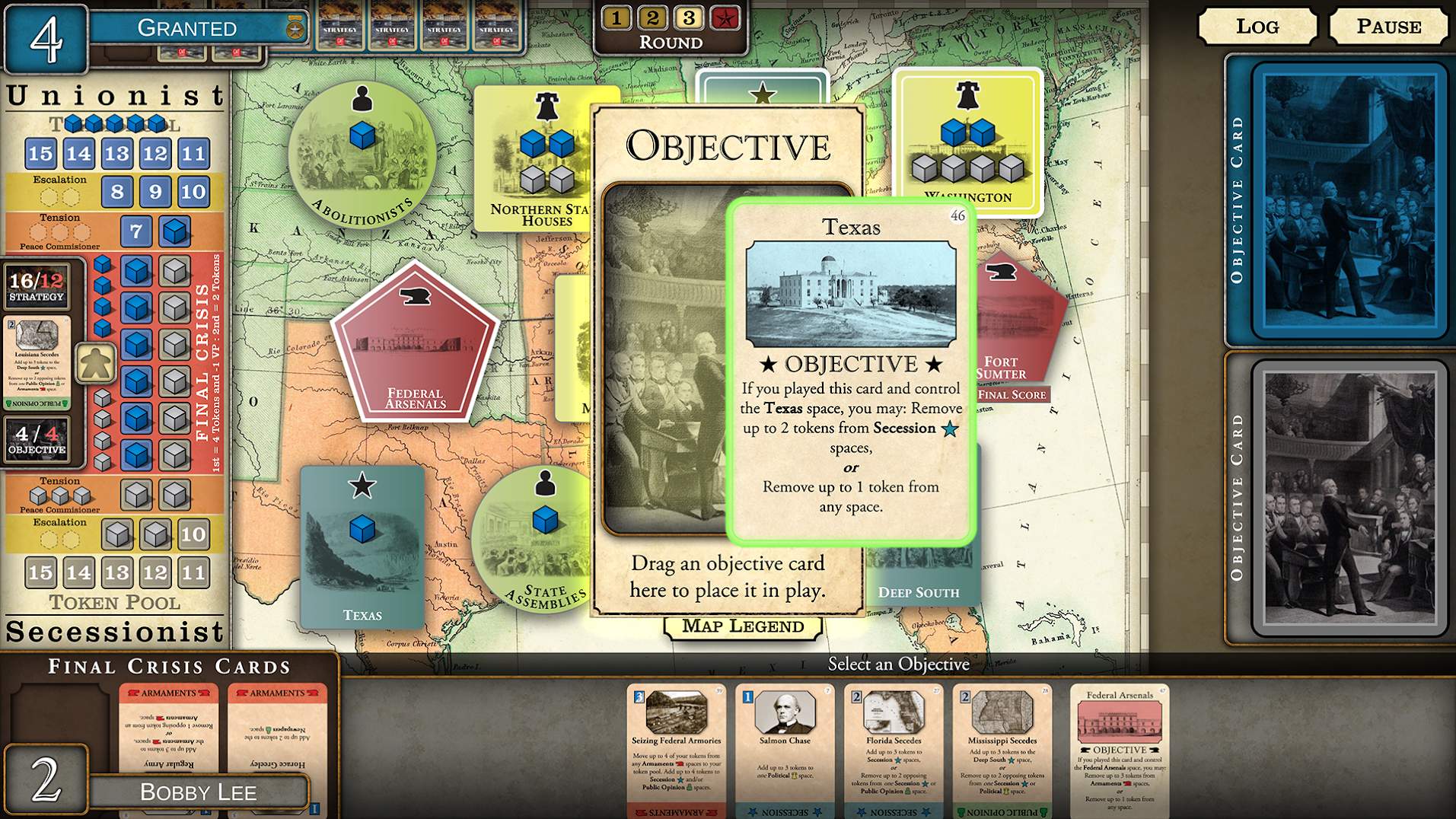 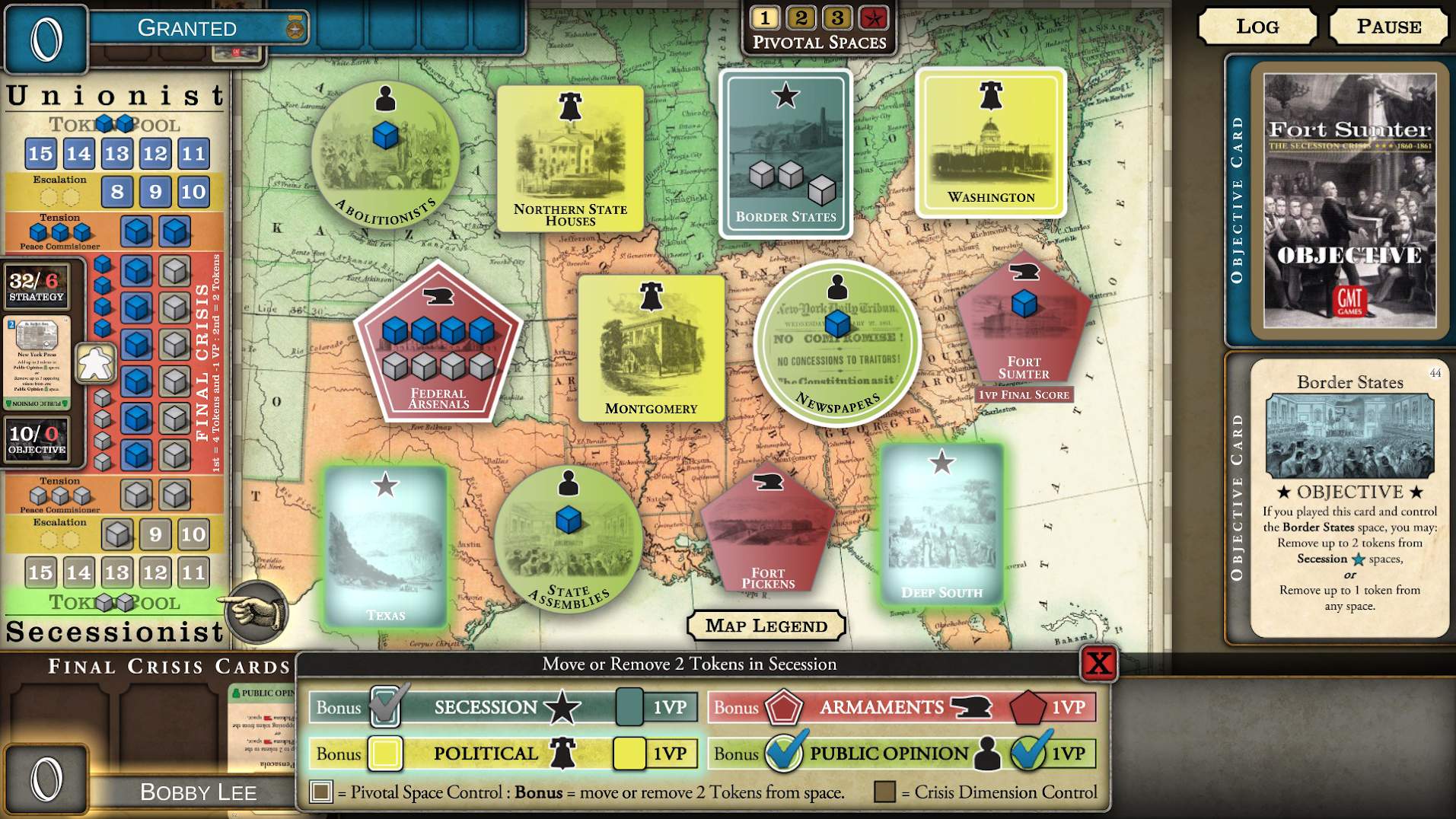 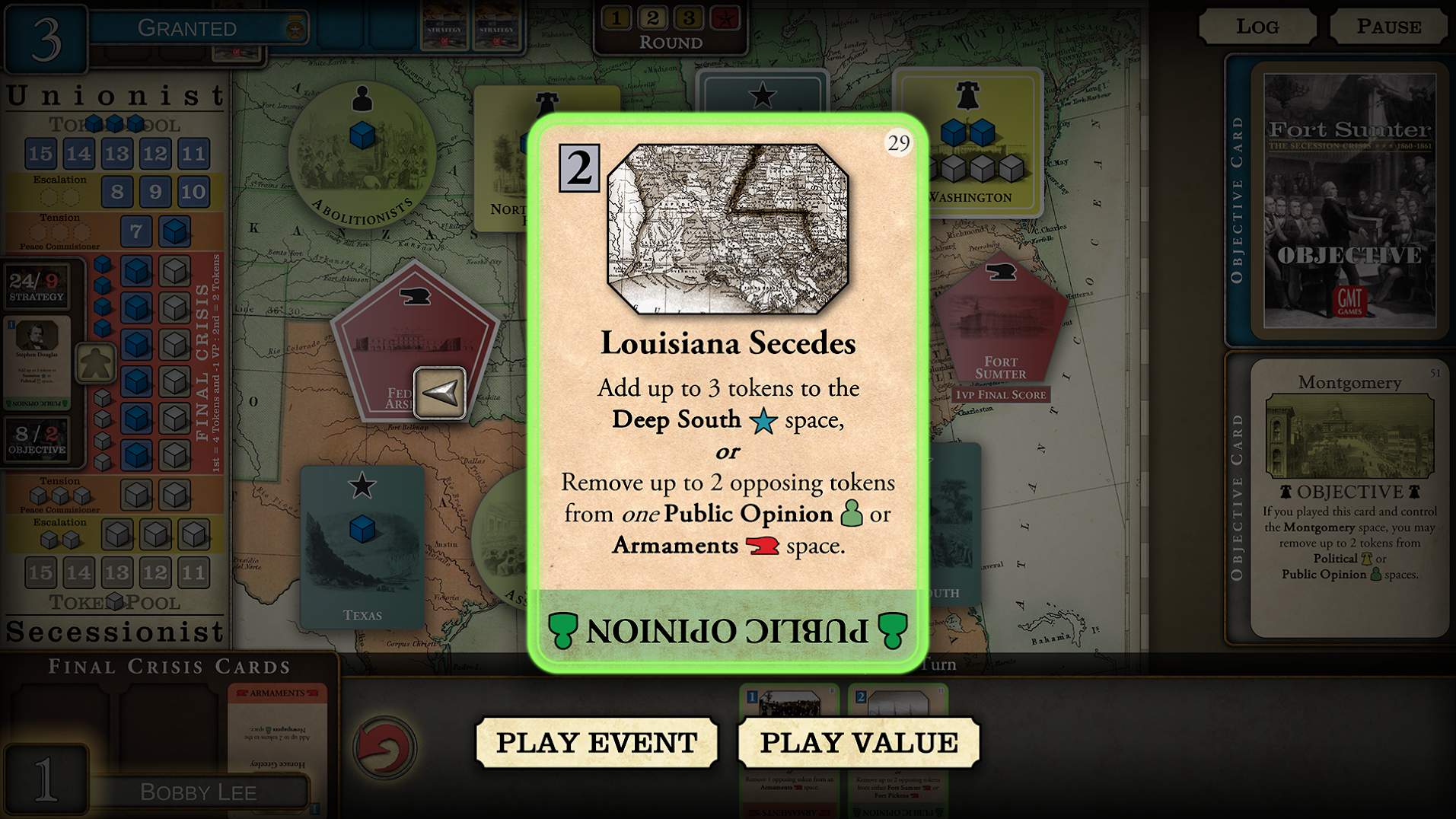 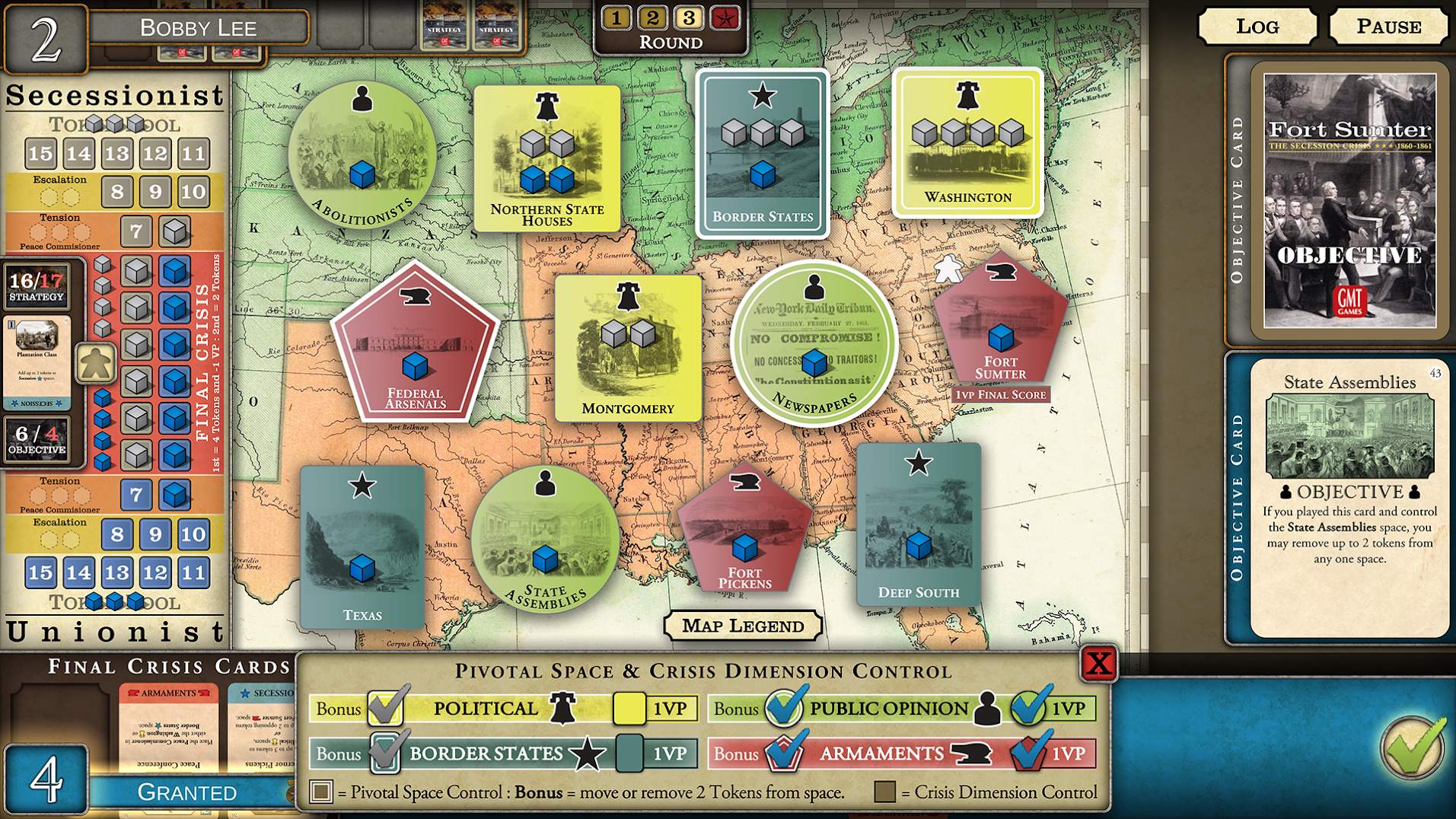 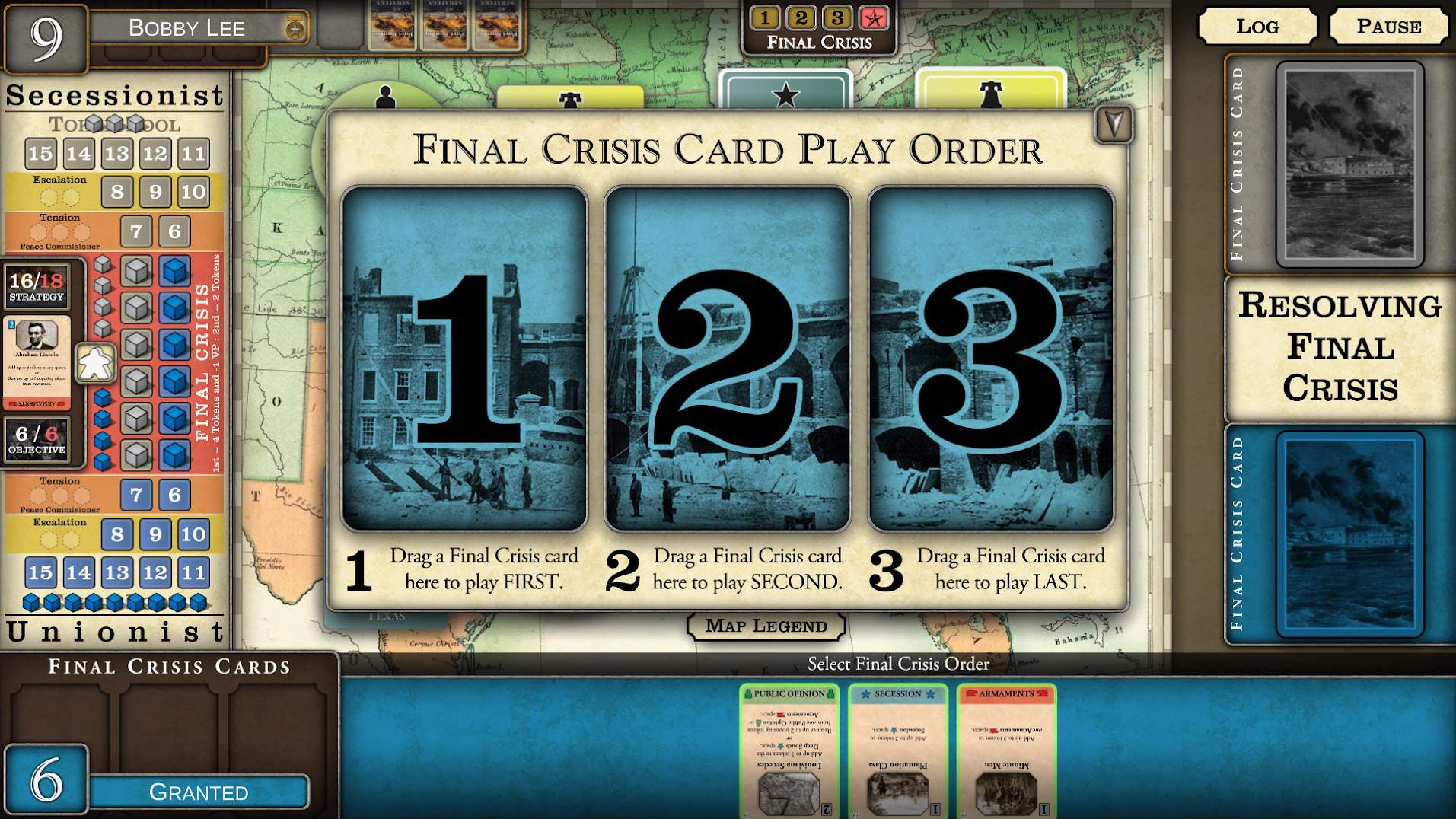 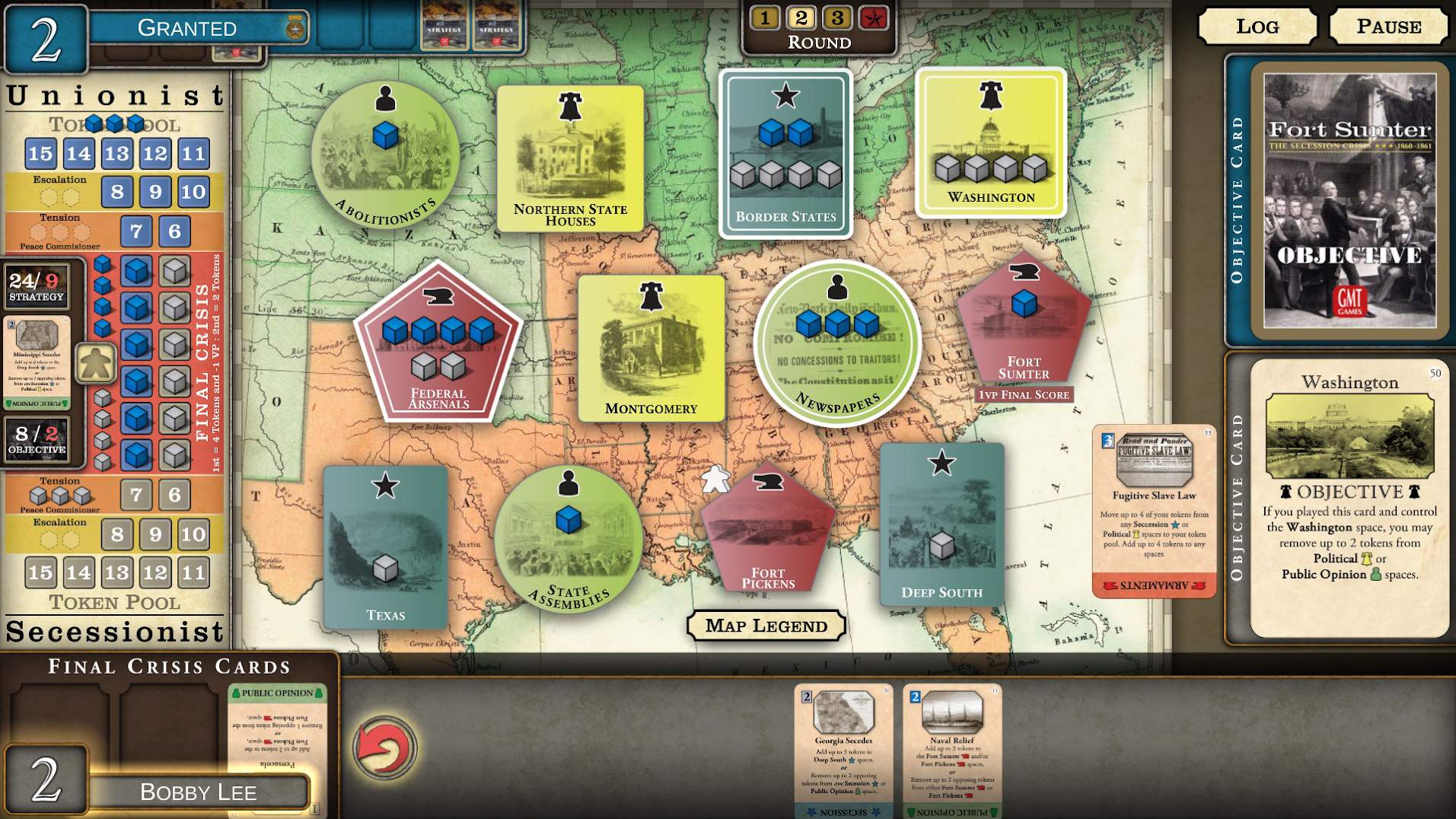