Fortnite V17.30.0 – Fortnite Battle Royale survival game for Android devices
A lovely popular survival game with a lot of fans dedicated to you dear ones
Before downloading the game, be sure to read the descriptions and comments
Special offer

Fortnite Battle Royale is one of the most popular, familiar and beautiful survival and action style games from Epic Games Studio (Epic Games, Inc.), which was originally released for home consoles and now we are seeing the release of its Android version. As always, we have decided to introduce it to you in a special way as soon as possible and to delight you fans of survival style games! Fortnite style of play is exactly like its bigger brother, PUBG, in which you play the role of a character who make up a group of 100 people and on an island you have to survive alone! With the wide range of weapons you get, you are able to defend yourself, use different vehicles to move, take refuge in different houses and places, and by doing different things, just try to survive and be the last person. That survives! If you are a fan and survivor of survival style games, Fortnite will undoubtedly attract your attention in all respects and is worth a try! If we want to bring together the most popular and popular Battle Royale style games in one sentence, we can mention 4 games: Pubg Mobile, Callao Duty Mobile, Fortnite and FreeFire! From the point of view of gamers and critics of these games, Pubg and Kalaw are superior to the other two titles in terms of a series of optimizations, gameplay and construction, but if you have an updated, powerful and excellent device, we suggest that you play Fortnite. Do not miss, this game is made to run great on powerful devices, and if your device does not have enough power, it is impossible to see the ultimate graphics and optimality. In short, the three games Pubg Mobile and Kalaw Duty Mobile and Fortnite and finally Free Fire are on the same level in terms of gameplay, and it is you who should test and check them and see which one do you really like ?!

Fortnite game can be considered as one of the best Battle Grand style games that has been released for different operating systems, and we have released the Android version of it in Usroid for download! Highlights of this lovely game include stunning HD graphics, great sound, unique build and construction. In this game, like other similar games, you can play with your friends in Iran or anywhere in the world. All you have to do is have a powerful Android device and want this game; After installing it and receiving a lot of heavy data, you will bring a different experience of Battle Royale style games on your Android phone.

Before downloading Fortnite, note that:

1 – Fortnite is an online game
2 – Unfortunately, according to US law, Fortnite is not available for the four regions of Cuba, Iran, North Korea and Sudan, and if you are inside the country, you must use a filter breaker to connect to the game.
3 – After installing and running the game, you must create an account from within the game and the special pages specified so that you can enter the game environment [it is also possible to enter the home console account information]
4 – This game is designed and made only for powerful and flagship devices with ARM64 (64-bit) processor [Use the CPU Z program to understand the processor of your device]
5 – Our test was on Huawei Mate 10 – If you do not have a flagship device, do not waste your time for this game and go to Pubg Mobile or similar games!
6 – Game data has a volume of 1 to 7 gigs, which is received in the initial run without any problems suitable for your device.
7 – We have introduced this game only at your request – you are responsible for running it
8 – From sending comments “Comes on my phone?” “Doesn’t it come on my phone?” And… Avoid – before you download the game, you install the EPIC GAMES software in the download box and after the run, give it a scan command. If the game is compatible with your device, the screen will turn golden – if compatible Otherwise, it will be a gray color that you have to play! 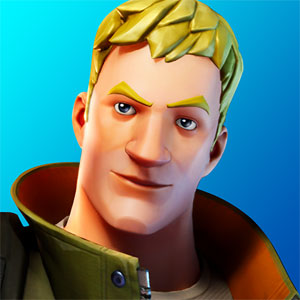