FRAMED is a new and really beautiful game in the style of puzzle games from Noodlecake Studios Inc, which a few hours ago its new version priced at $ 2.99 for Android phones.Was introduced on Google Play. In this game you play the role of a criminal! Now you have done something wrong and the police are looking for you! You enter a tall building and the police surround you from below and above! Suddenly you see a rope for drying clothes that is connected from the window of the same building to another building in front! There is a possibility that the door will be broken by the police at any moment and you should make your decision immediately and be determined to jump on the rope and then slip on it! You jump on the rope and you are slipping, bang! An arrow hit you and unfortunately you died and you, the player of this title, can not do anything! But wait, swap the second and third cards, and so a bird sitting in front of the window jumps into the air, causing the cops to miss. How much creativity! In fact, before starting the gameplay, you have to change the place of the different cards that you see on the screen, to reach a rational path and be able to pass that stage! To do this, you have to arrange the cards in such a way that you cross the obstacles of the game, such as the police, the valleys without danger! Now, shortly after the release of this game, ید Hideo Kojima, the creator of the seriesGame of Metal Gear Solid has introduced the game as the game of the year!

Indeed, the creators of the FRAMED title  have taken a lot of risks and have been able to make a special game with a dark and noir style, jazz music and, most of all, to implement them so well that Hideo Kojima is fascinated! If you are a fan of puzzle games, do not miss the wonderful FRAMED game under any circumstances; Now the purchased version of the game is in front of you, which you can download with one click from the site’s high-speed servers!

Note: The second version of the game has also been introduced in Usroid the previous days: [ FRAMED 2 Full ]

Instructions for installing and running the FRAMED game:

– Download the data file and decompress it. Com.noodlecake folder . Copy framed to the Android / obb path of the device’s internal storage. 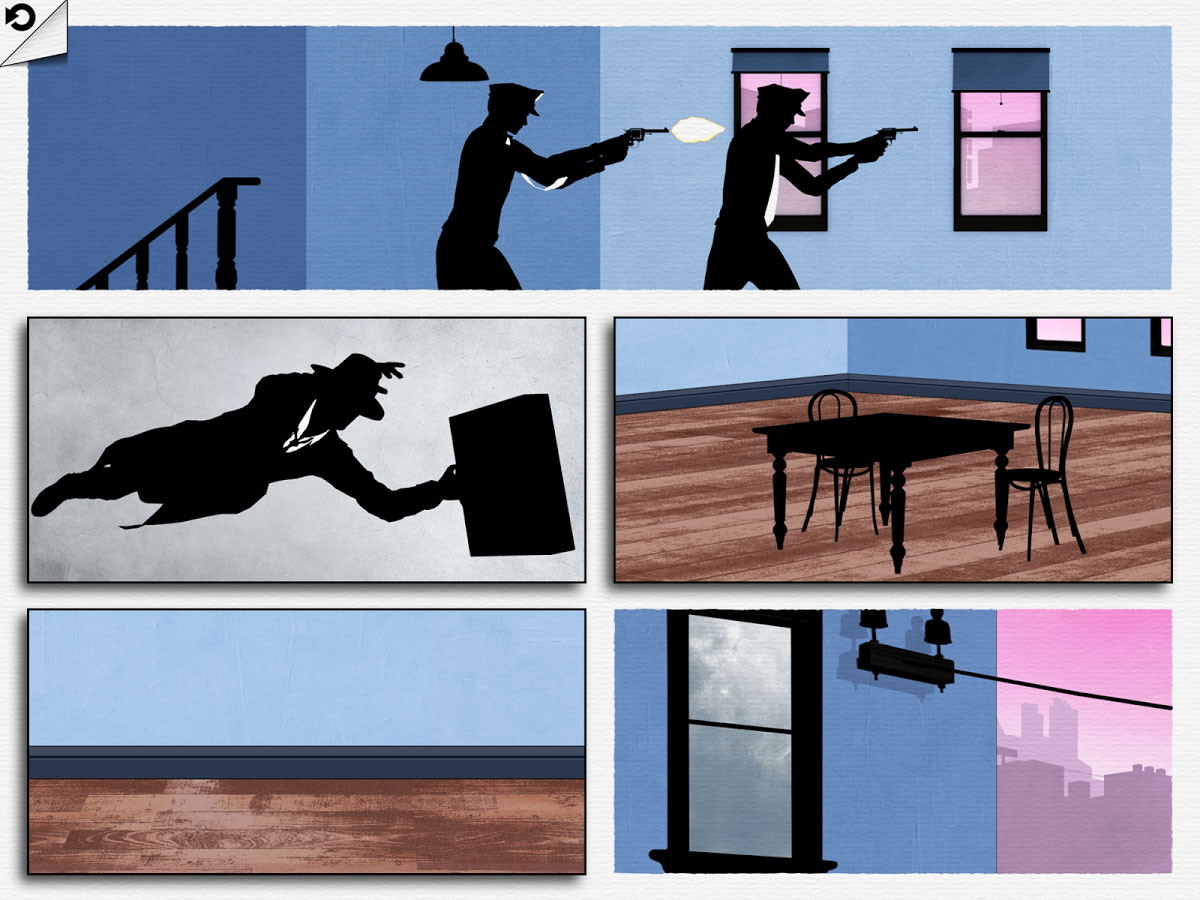 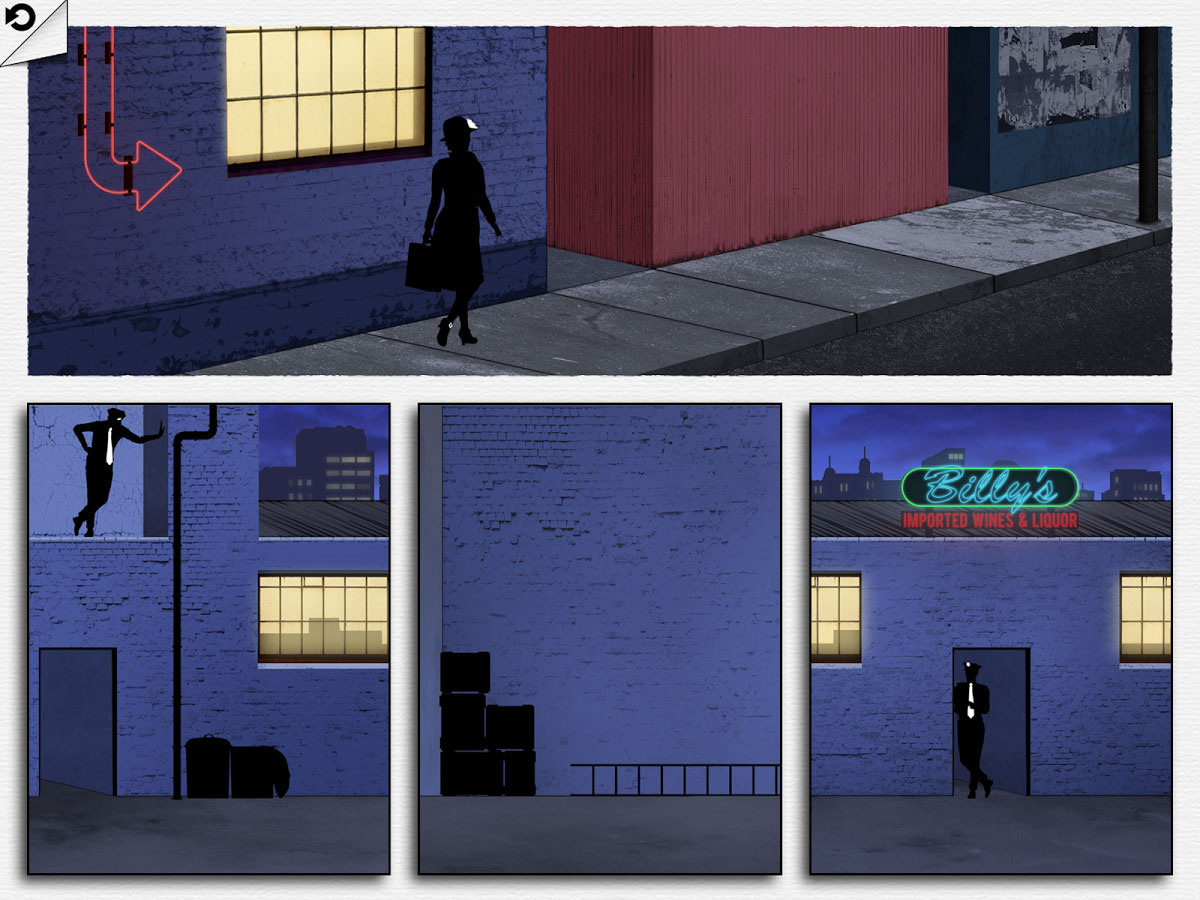 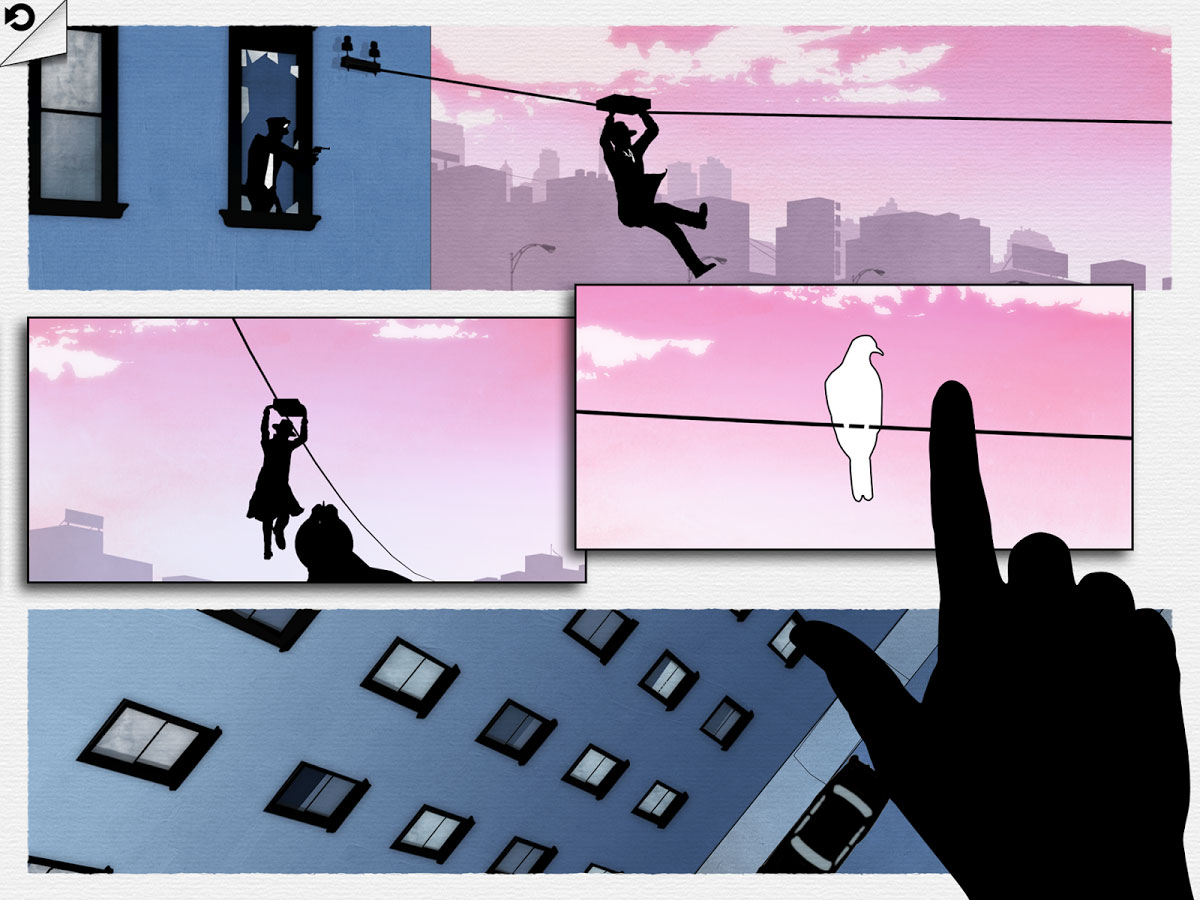