Futurama: Worlds of Tomorrow – Fyvchrama: the future new game popular in the genre of adventure games from Game Studios TinyCo for Android is free on Google Play, shipped more than 5 million times by Android users around the globe and to Your request dear onesWe have decided to introduce the latest version of it at the same time as it is released and bring you joy again! In Futurama: Worlds of Tomorrow, you must rebuild New York, fight space creatures, explore unknown planets, and save the world! It’s time to fasten your seatbelts and start a space trip with an explosive move! Futurama: Worlds of Tomorrow will make you cry! Of course, not out of sadness but out of laughter! You can play the role of Fry, Leila, Bender and other popular characters from the Future drama game series and enjoy the funny adventures of the game! Funny and weird things in this game are never complete! Do you think you can create a secure future for the future ?! Download and install Futurama: Worlds of Tomorrow and find out for yourself! The story of the Futurama game series by David X. Cohen and co-authored with the creator of the Simpsons series, Matt Groening; New environments, strange creatures and incredible stories await you! If you are a fan of Futurerama games series, do not miss the latest version!

Futurama: Worlds of Tomorrow game now has a score of 4.4 out of 5.0 in the Play Store , which we at UsroidWe have provided the latest version of it along with the mode for you dear ones, so that you can first view images of the gameplay and finally, if you wish, download it with one click from the site’s high-speed servers! Features of Futurama: Worlds of Tomorrow include the ability to rebuild New York City and customize it to your liking; Change the course of the game story according to the decisions you make during the game; Ability to fight with interesting and exotic characters; Ability to explore different galaxies and embark on interesting and funny adventures; Very beautiful 16-bit graphics in cartoon style; Ability to unlock interesting and funny clothes for the characters; Ability to raise the level of the character as well as customize his appearance; It has very interesting conversations between the characters of the game, which are based on the stories of Futurama written by David X. Taken from Cohen and Matt Groening; Ability to form a group of favorite characters from the Futurama game series and accompany them inSpace missions ; Ability to access ancient artifacts and use them to save the world; Good design and generally addictive gameplay noted! Join us to download the game for free! 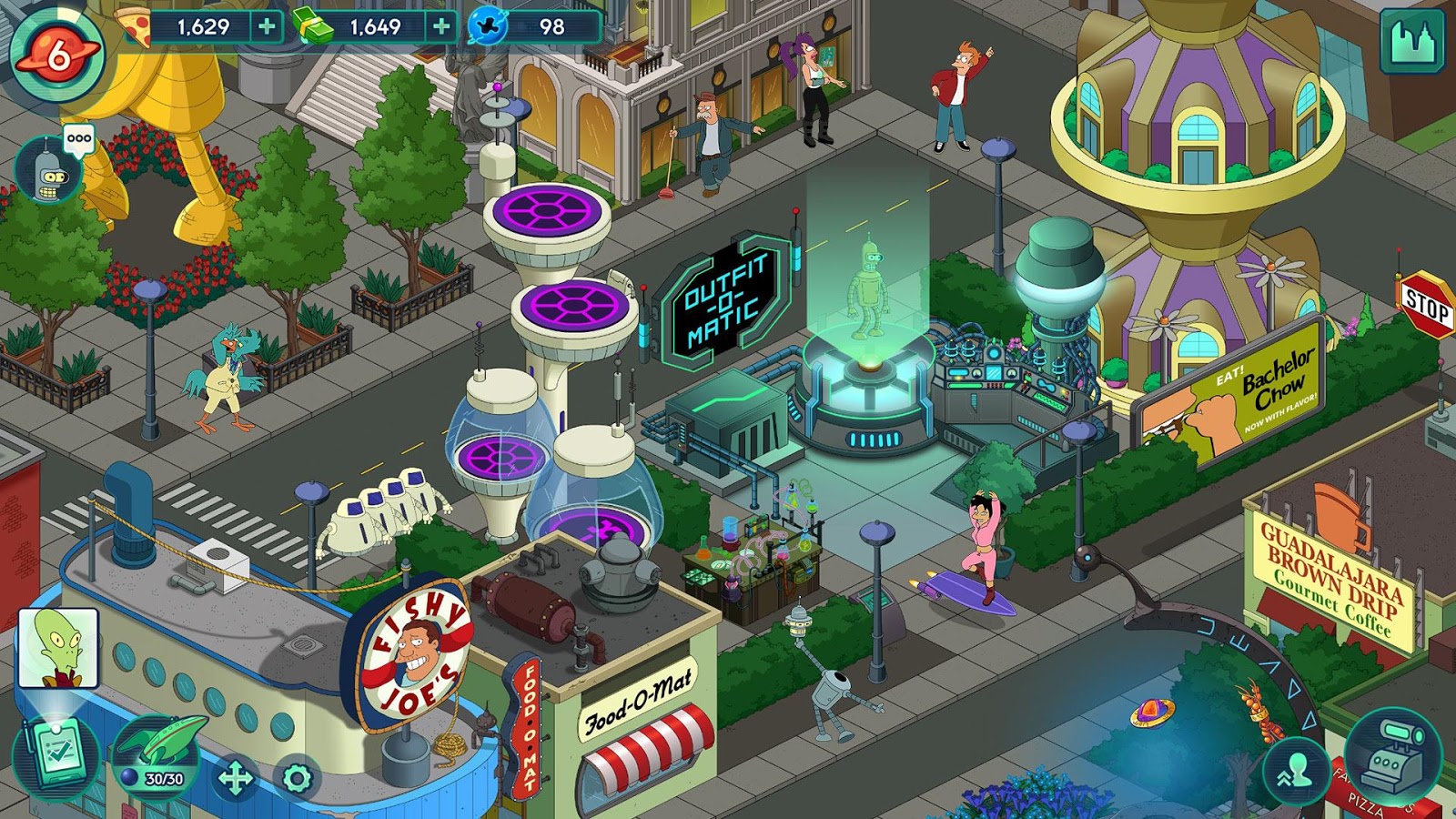 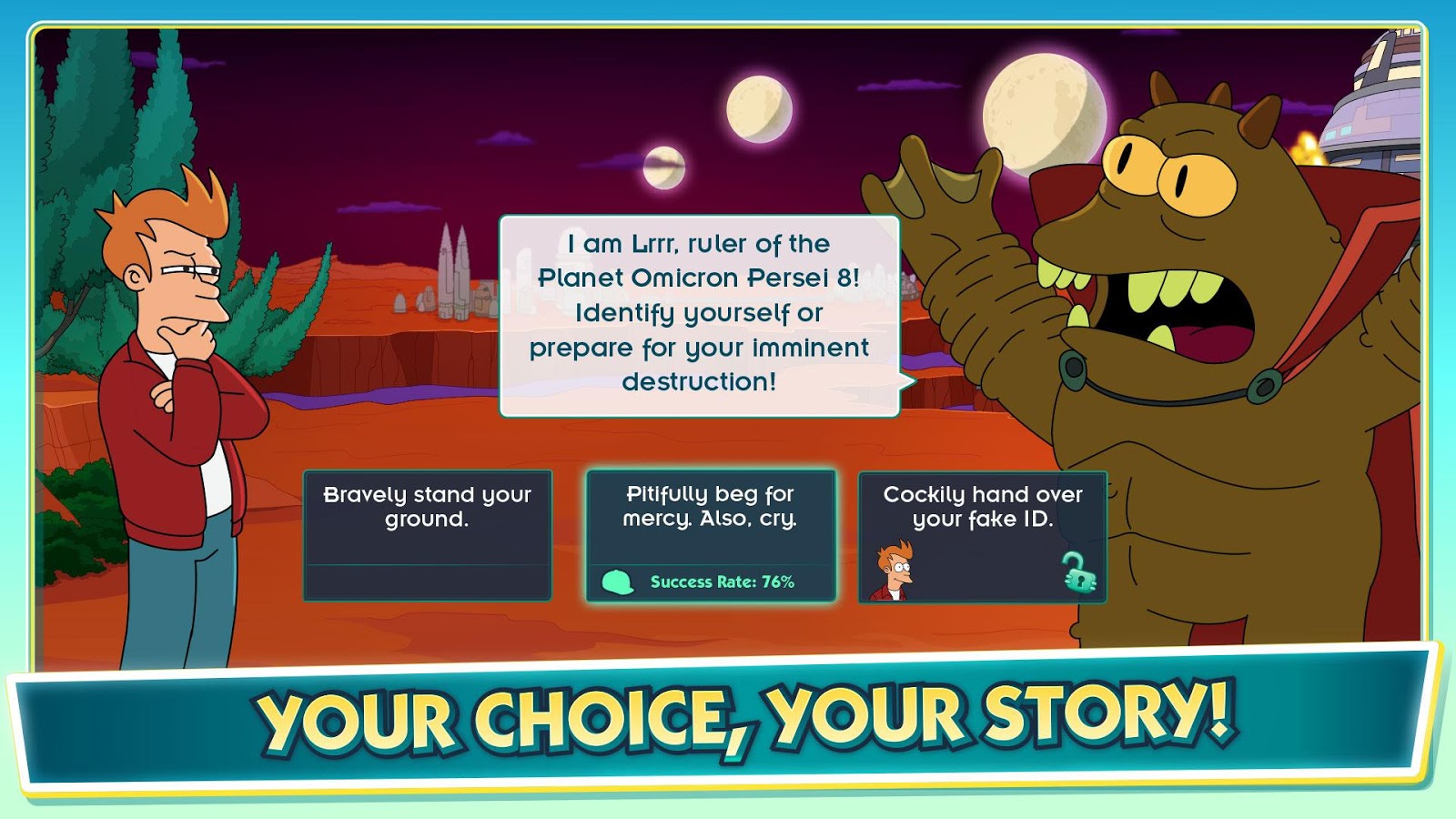 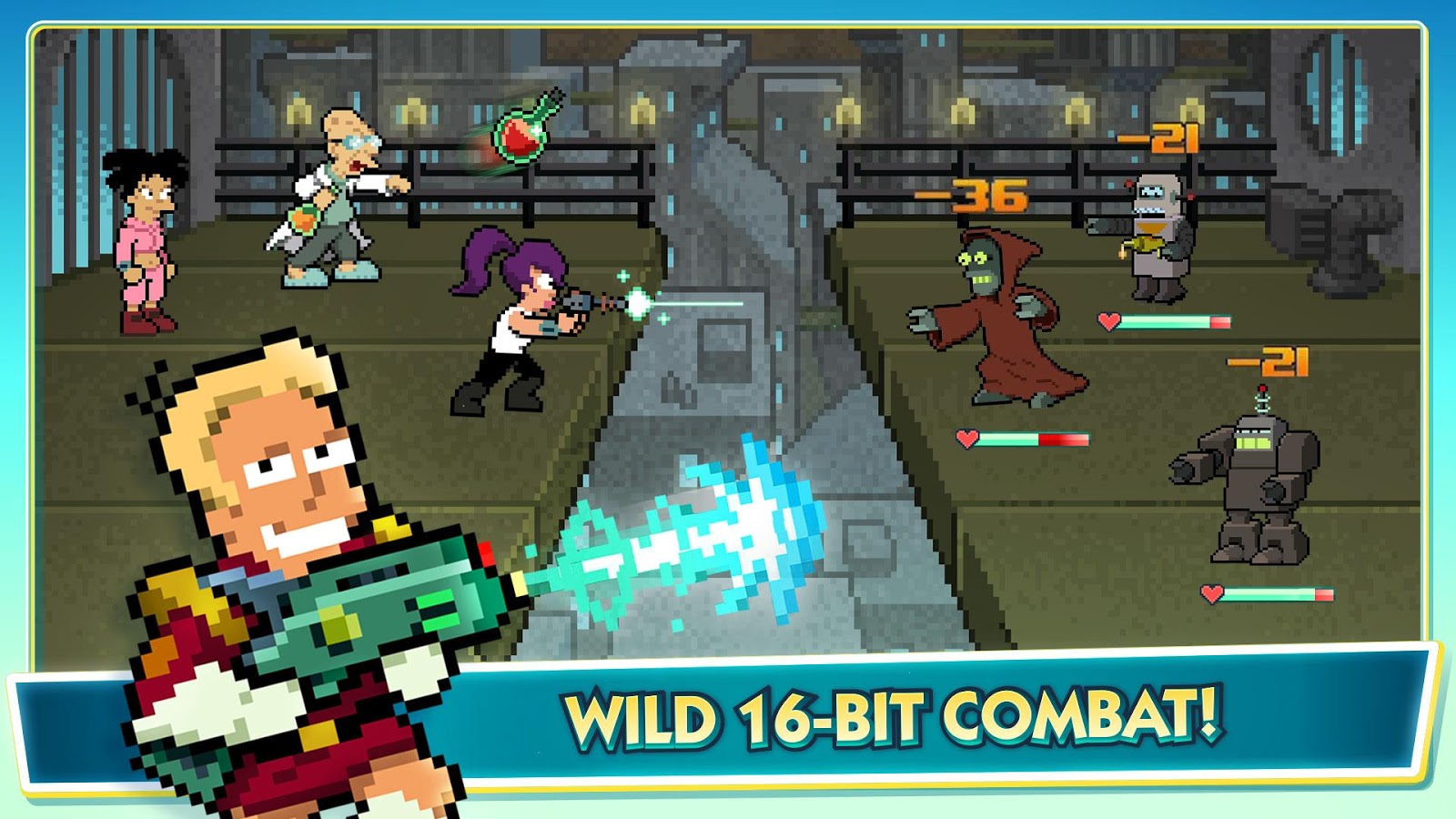 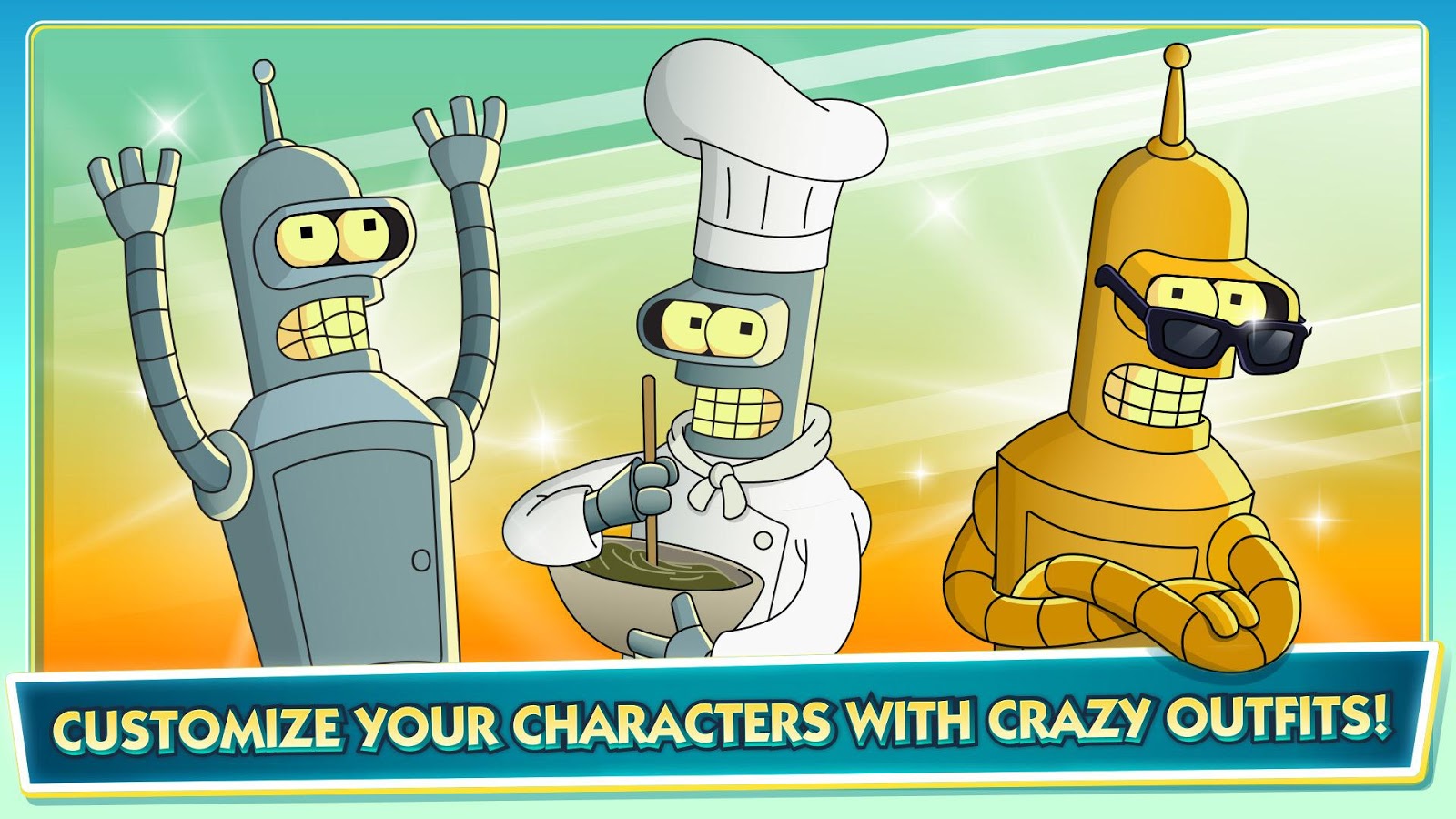